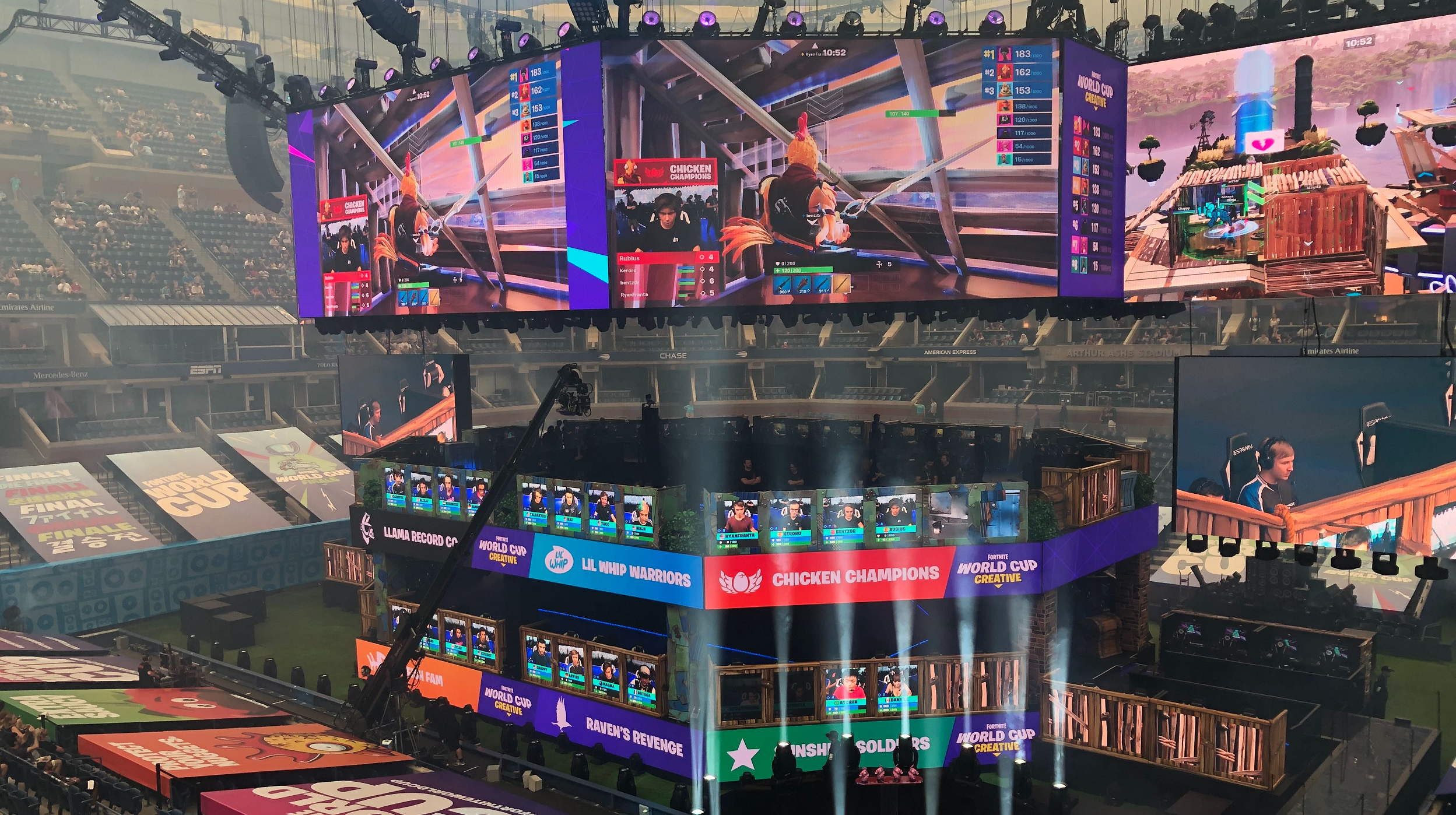 Photo: Riley MacLeod, Kotaku
To sign up for our daily newsletter covering the latest news, features and reviews, head HERE. For a running feed of all our stories, follow us on Twitter HERE. Or you can bookmark the Kotaku Australia homepage to visit whenever you need a news fix.

The event that competitive Fortnite players have been waiting for finally got underway today at the Arthur Ashe Stadium in Queens, New York. Hundreds of pros will be present at the three-day Fortnite World Cup, and thousands or millions more will be watching. When all is said and done a few will end up a whole lot richer.

The event began with an opening ceremony at 2:30AM AEST.

Epic Games announced it was spending $US100 million ($145 million) on Fortnite esports back in February. There have been innovations in how esports are streamed, controversies over certain screen resolutions getting banned from competition, and no shortage of attempted cheating along the way. Some of those cheaters even eventually qualified for this weekend’s event.

Now fans will get to see if the spectacle it’s all been building up to has been worth it.

Here’s the rest of the schedule for the Fortnite World Cup:

You’ll be able to watch the entire event streaming live on the Fortnite Twitch channel.