The Chance To Own Your Very Own Cookie Monster, And More Of The Best Toys Of The Week 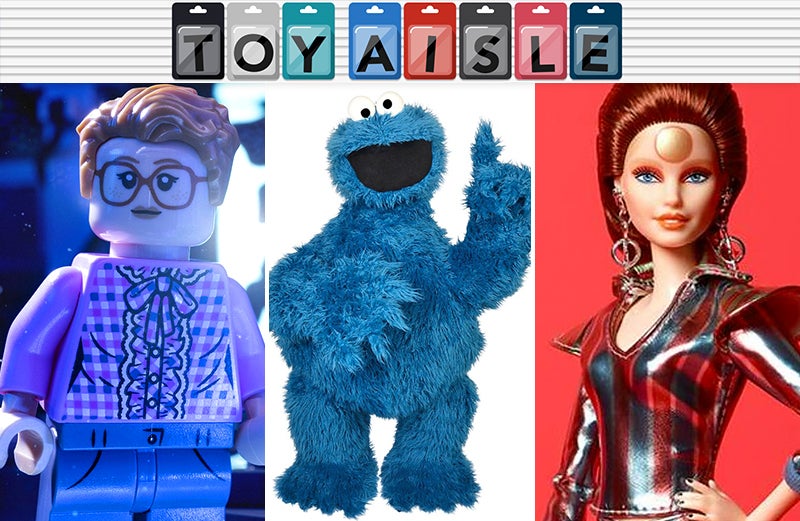 In this week’s Toy Aisle, we’ve got another hit of San Diego Comic-Con exclusives, Barbie gets ziggy with it, and a bear! In a cage! Check it out.

It was assumed that after bringing a giant replica of Jabba’s Sail Barge from Return of the Jedi to market, Hasbro’s HasLab crowdfunding platform would tackle another supersized Star Wars ship next. Nope.

This summer HasLab is instead launching a 38-inch, fully posable plush replica of Sesame Street‘s Cookie Monster — cookies not included. The crowdfunding campaign runs until August 25, at which point Hasbro will decide whether or not to put the monster into production if enough backers have coughed up $US300 ($428). Yep, it’s not cheap, but unless you can convince Jim Henson’s Creature Shop to build you one, this is as close to owning a real Cookie as you’ll ever get. Hasbro Pulse doesn’t offer international shipping, so Cookie Monster fanatics may have to get crafty with a ShopMate account. 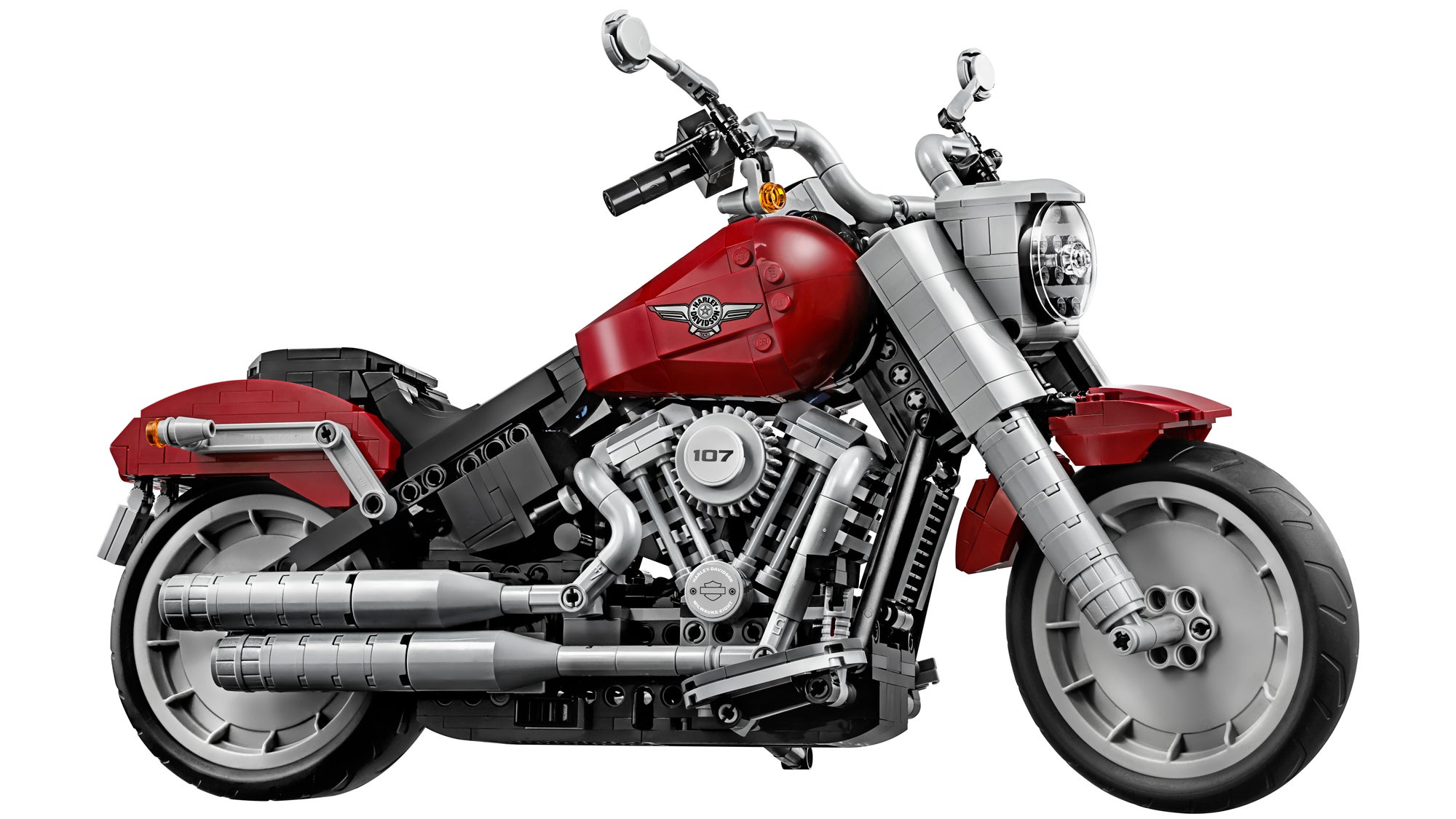 Lego hasn’t given a lot of love to cycle enthusiasts over the years; the company tends to focus on replicas of exotic cars with its expert models. But starting August 1, Harley-Davidson fans can grab this 1023 piece, 7-inch long Fat Boy replica for $159.99. It includes custom wheels, working handlebar steering, moving brake levers, and shifting pedals, as well as a replica motor with pistons that move up and down as the model is rolled along. 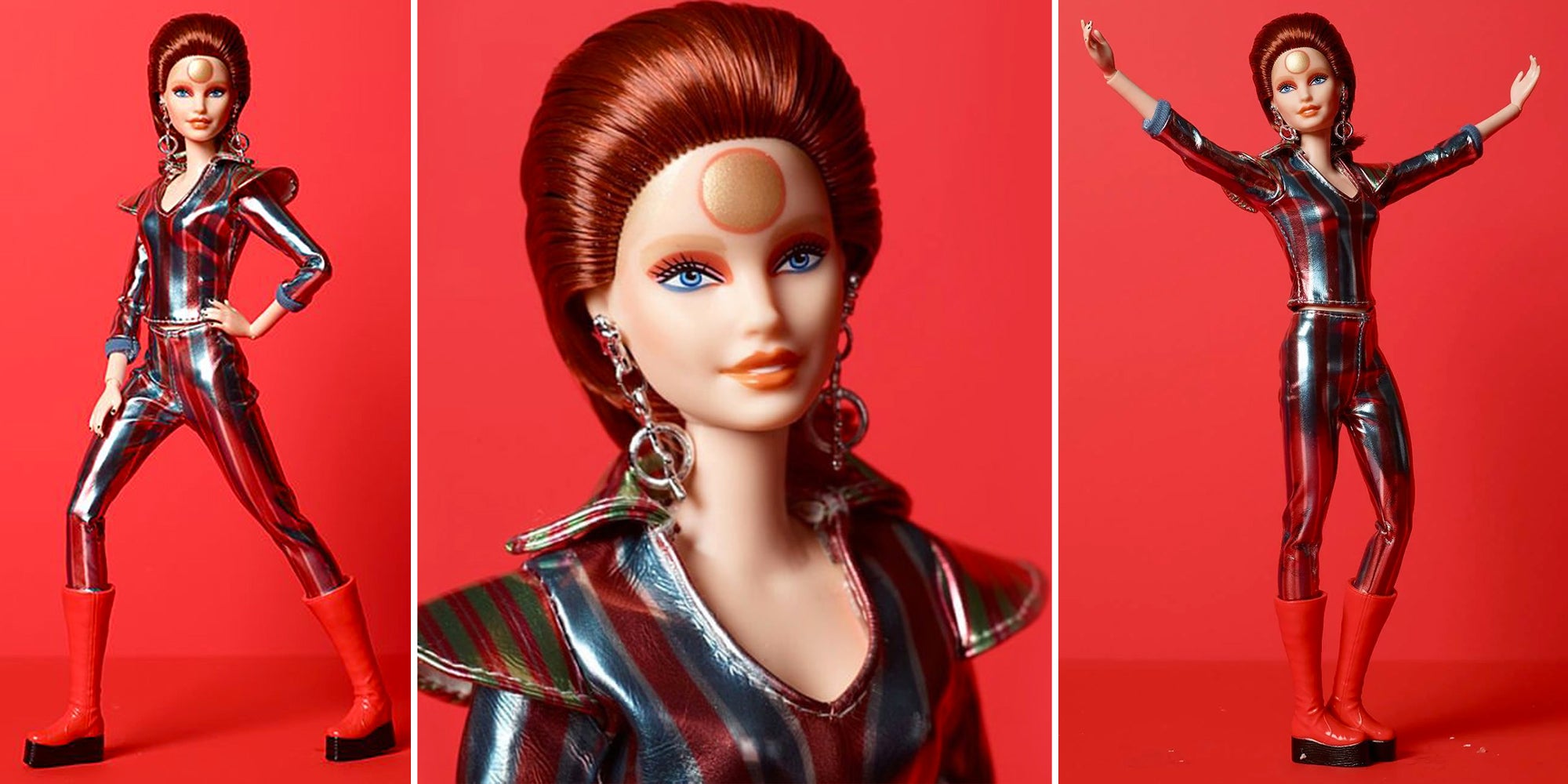 To celebrate the 50th anniversary of “Space Oddity,” Mattel is celebrating the legendary David Bowie — and his androgynous sci-fi persona Ziggy Stardust, an alien star who saves the world with the power of rock and their own incandescent fame. The special doll nods to Bowie and Stardust’s gender-neutral imagery by presenting Barbie as the character, embodying the sparkly suit and platform boots with a glamor that only Bowie himself could match. Barbie Stardust will set you back around $71, and is available on Amazon. It does ship to Australia, but expect hefty shipping fees and a long wait. 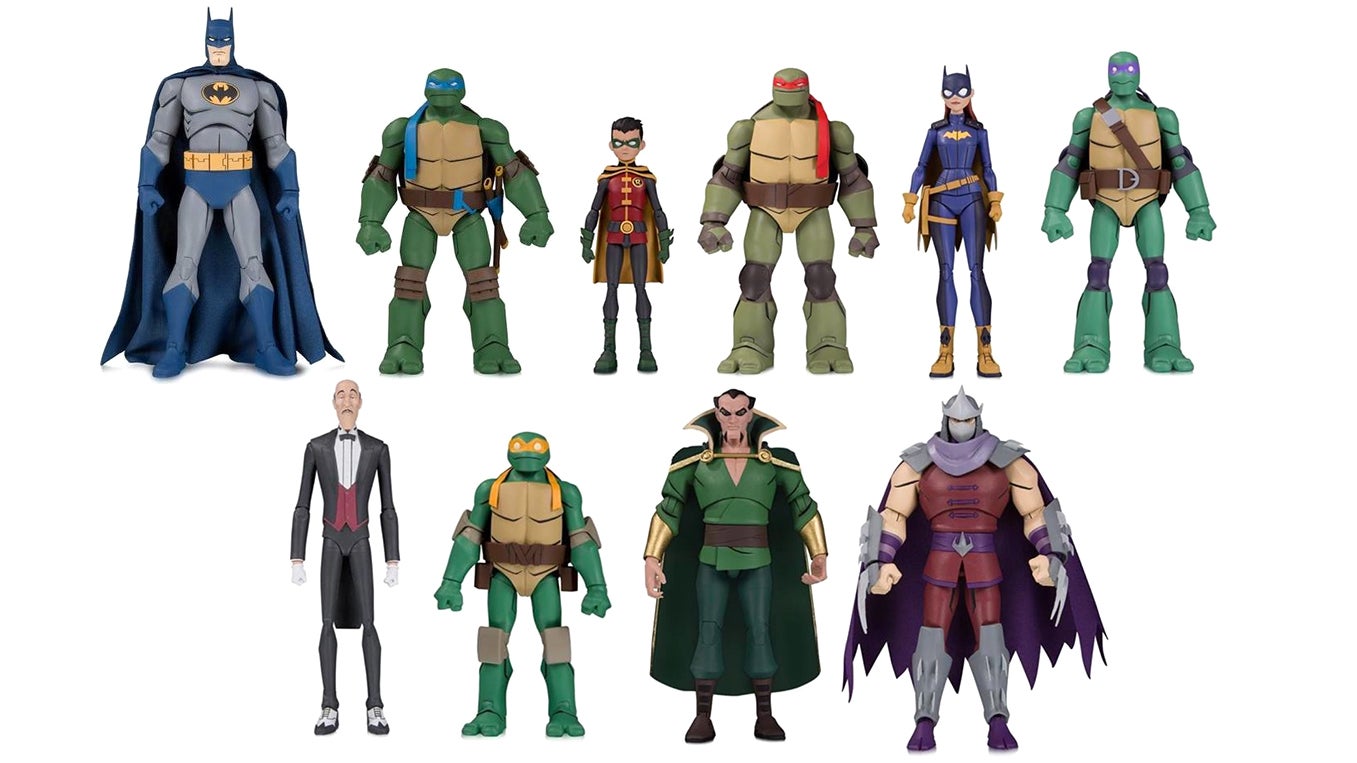 Once a staple of “˜80s cartoons, character crossovers are few and far between now, which is a shame, because the Warner/Nickelodeon animated meetup between Batman and the Teenage Mutant Ninja Turtles, based on James Tynion IV and Freddie Williams II comic books, was one of the better Bat toons in recent years.

DC Collectibles is following up on that crossover with a collection of six-inch figures based on the film that come loaded with accessories and articulation. Available in $71 two-packs, the sets will be exclusively sold at Gamestop starting in September with Batman and Leonardo plus Robin and Raphael. Batgirl and Donatello, Alfred and Michelangelo, and Ra’s Al Ghul and Shredder will be introduced in the following months, with all of them available by late December. No word on an Australian release for these, but stay tuned. 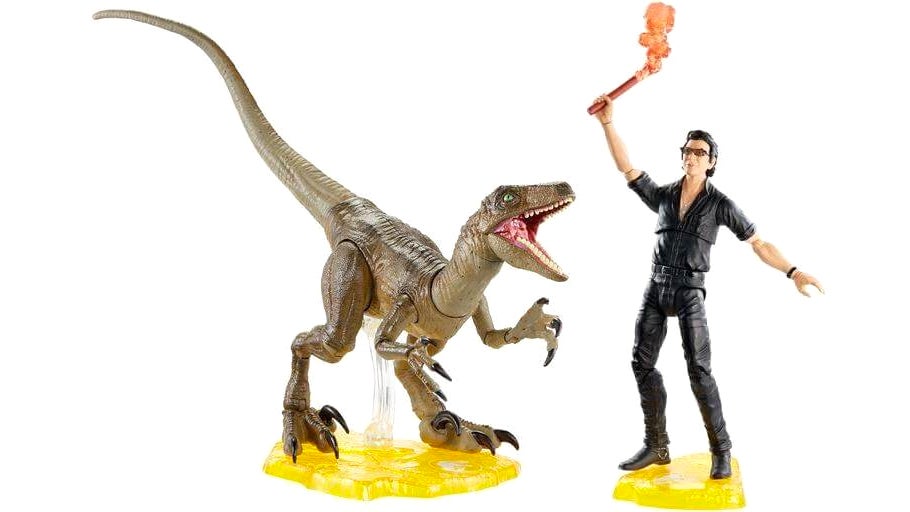 At last year’s San Diego Comic-Con, Mattel revealed an upcoming six-inch collectors series line of figures for Jurassic World. A year later, we’re finally getting some more details, pics, and an official title for the line: the Jurassic World: Amber Collection. The first two figures enroute are Jeff Goldblum’s Dr. Ian Malcolm with some gratuitous bare chest sculpting, and a female Velociraptor with a design inspired by the original film. They both feature extensive articulation and detailing, but there’s no word on pricing, or if they’ll be sold separately or as a two-pack. But we can expect more details at SDCC 2019. 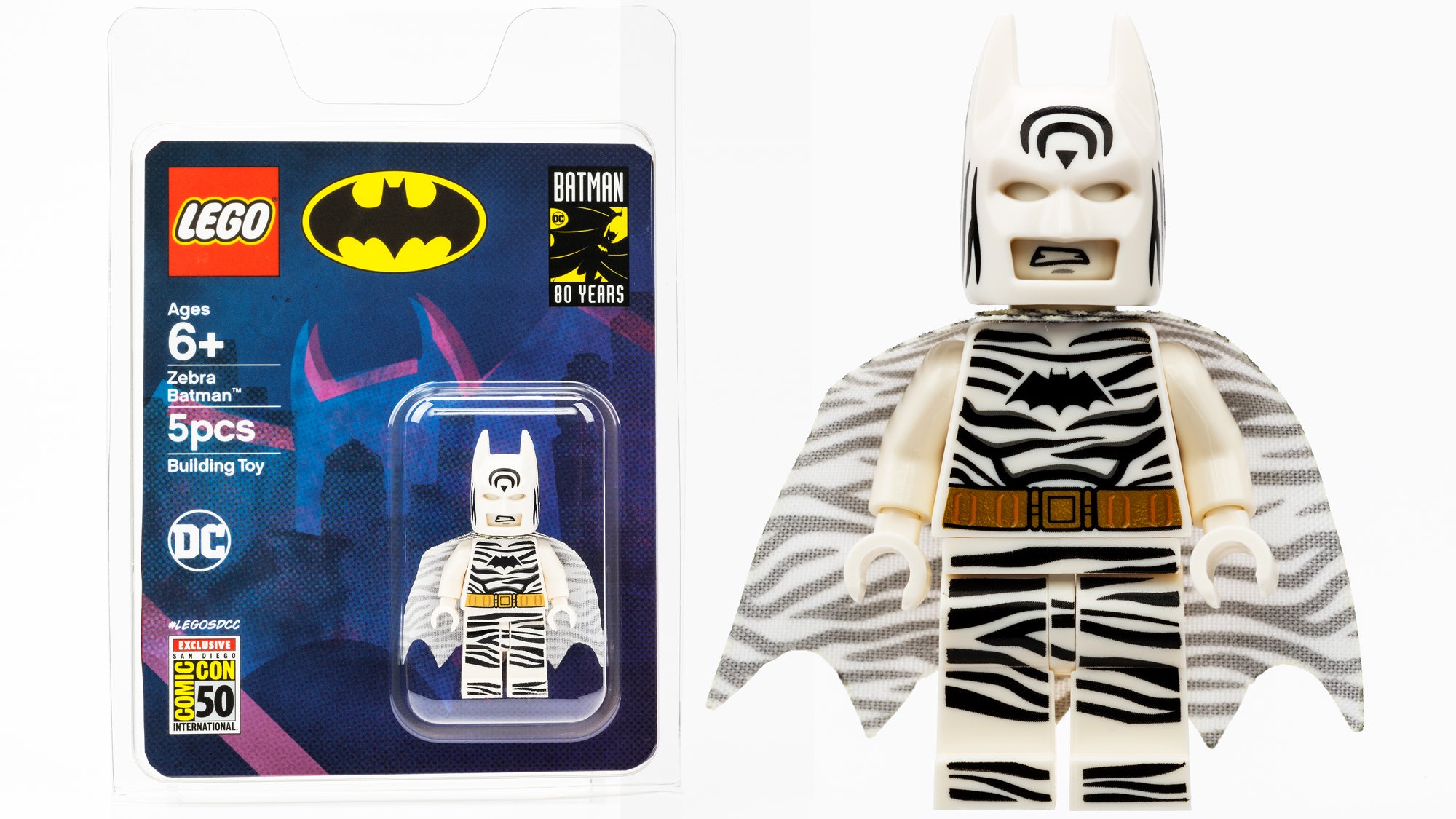 All of Lego’s San Diego Comic-Con exclusives will be available to attendees lucky enough to win a random draw, but at least this Zebra Batman minifigure won’t cost winners anything if they’re successful. Lego’s giving this exotic version of the caped crusader away, wrapped in special Batman 80th anniversary packaging, as part of an instant-win drawing being held on Saturday, July 20, with more details promised as SDCC draws closer. 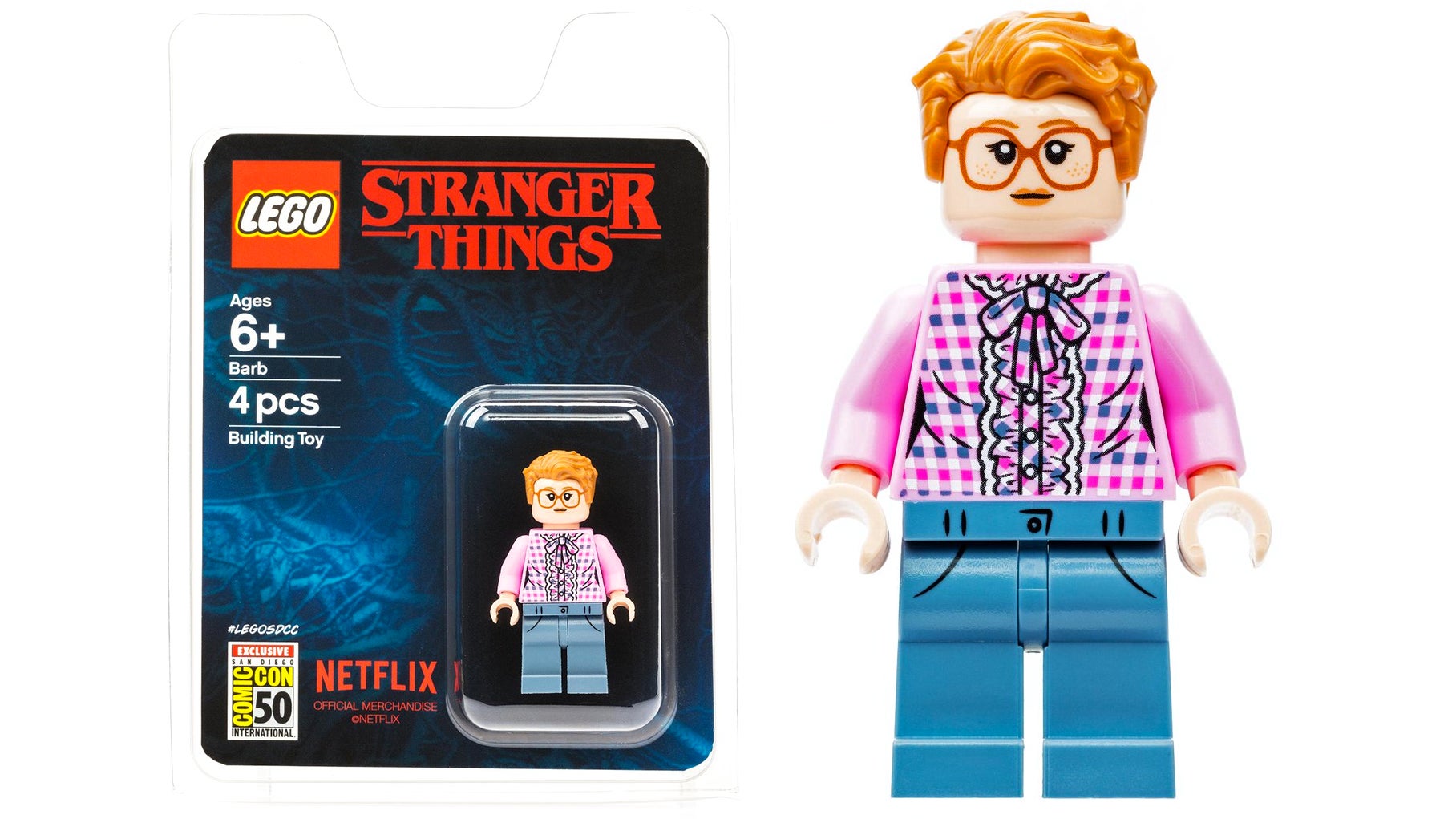 One day someone is going to write a passable thesis on why Barb, who unceremoniously died in the Upside Down in Stranger Things season one, has gained such a cult following two seasons later. Whatever the reason is, Lego isn’t going to let her popularity go untapped and has revealed a San Diego Comic-Con exclusive minifigure that is either going to be sold at the Lego booth or given away to fans lucky enough to win a lottery. 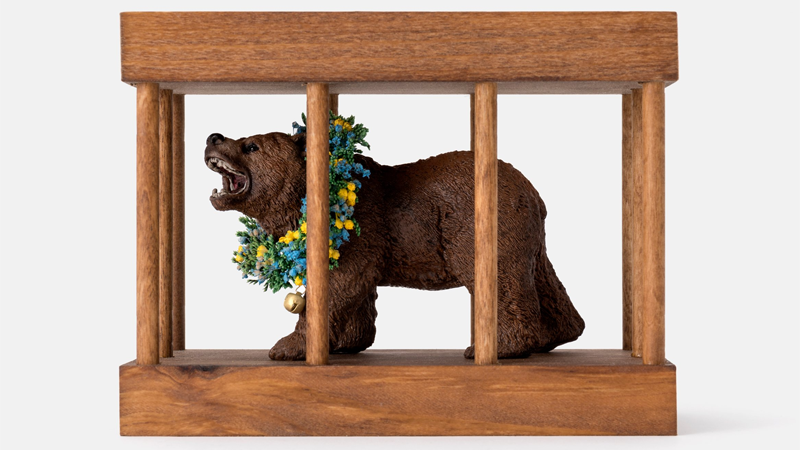 Midsommar Bear in a Cage

Midsommar is not yet available in Australia, but its merchandise is already making waves. This new toy, straight from A24, is a heady, resin mix of hilarious, petrifying, and… already sold out.

Six inches tall, the bear in a cage comes with a unique, hand-stitched garland around its neck, and if you wanted to try and get one — they’re set to ship in approximately a month and a half to two months — they’d set you back about $60. But you can’t, because it’s currently sold out thanks to the hype of the movie.