Imagine Captain Woody and his fearless crew of toys journeying from planet to planet, looking for signs of life and new lands to explore. Tasked by Buzz Lightyear of Star Command, the rinky dink cast of Toy Story were going to explore the edges of space, helping colonies of toys from all over the galaxy.

That’s the game that Avalanche Software, the former in-house studio for Disney’s video game productions, had been working on while developing the movie tie-in game Toy Story 3 for Xbox 360, PlayStation 3, Wii and other platforms in 2009. “Star Command is what we called it internally,” said one person who worked on the game.

Originally planned as an expansion for Toy Story 3 and then as a full-on sequel, Star Command got shelved in 2010, a year into development, as the team focused on what would become Disney Infinity, the toys-to-life third-person action game that brought characters from all types of Disney properties together.

Even though it didn’t see the light of day, Star Command was the bridge that turned the secondary Toy Box mode of Toy Story 3 into the huge world of Disney Infinity.

“We were testing a lot of the ideas during Toy Story 3,” said one person who worked on the game. “Toy Story 3 was essentially two games in one. The ‘movie’ version that Disney was known for and the ‘Toy Box’ version to test this new open world experience. The Toy Box would eventually turn into the idea for Infinity.”

Although the existence of Star Command has been publicised before, details have been scant. For this story, Kotaku interviewed four people who worked on the game, all of whom spoke anonymously to protect their careers.

They said Star Command was going to be a third person action-adventure game with a world loosely based off Buzz Lightyear’s fictional space force.

The team took the concept of the Toy Story 3 video game’s Toy Box, a sandbox mode in which players could take on missions and mini-games as they explored a Wild West-styled world, and built more on top of it. Star Command would expand the size of the world, the types of enemies you’d encounter, and the variety of weapons and items you could use. 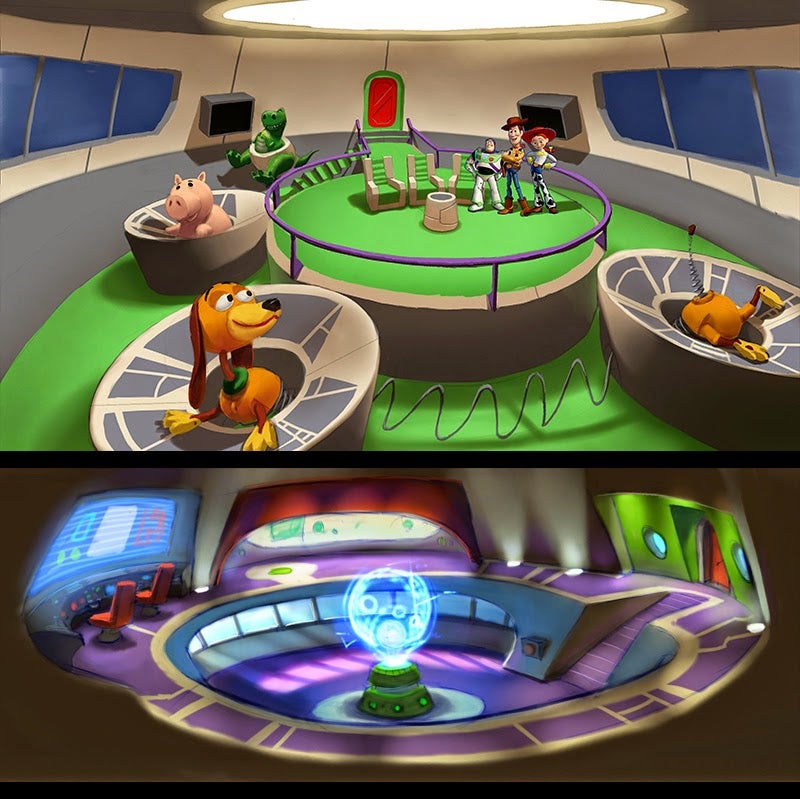 Disney did not respond to a request for comment on this story.

It’s hard to say if many of the planned features would’ve made it into Star Command, but the development team had a vision for a playable galaxy with a variety of environments spread over different planet-like levels that players would traverse via spaceship.

One of these worlds was pirate-themed, including a sea level the player would need to change to progress, a special sword that could morph into other toy characters, and enemies designed like sharks and eels.

“We talked about a bunch of different [levels] such as a fairy tale world and worlds that were populated by crazy 80’s action toys, think He-Man and Thundercats,” said a person who worked on the game. “Though not many of them had development time beyond a few concepts we drew up.”

The hub world was going to be a massive spaceship similar to the spaceship-like cardboard box that Buzz Lightyear toys are stored within in the Toy Story movies. From their ship, players could either follow the game’s story or mess around at their own pace.

“There would be a story mode where you’d follow an original narrative, and then a Toy Box type town building mode,” said one person who worked on the game.

Star Command was ultimately cancelled for a number of reasons, including the tight scheduling demands imposed upon Avalanche. The focus on movie or toy releases often forced the studio to have several ideas in production at once, with one launching nearly every year. The list included games based off Chicken Little, Meet the Robinsons and Bolt.

“Multiple games were being worked on at once, but near the end of a development cycle, it was almost all hands on deck to get the game done in time,” said the former Avalanche employee.

“We also did a few things on the side [of Toy Story 3]. We made a display for Disney Cruises. We were also working on some VR stuff, like a Toy Story mini-game that was sort of like the ride at the parks. And a Star Wars one where you flew around in a ship.” 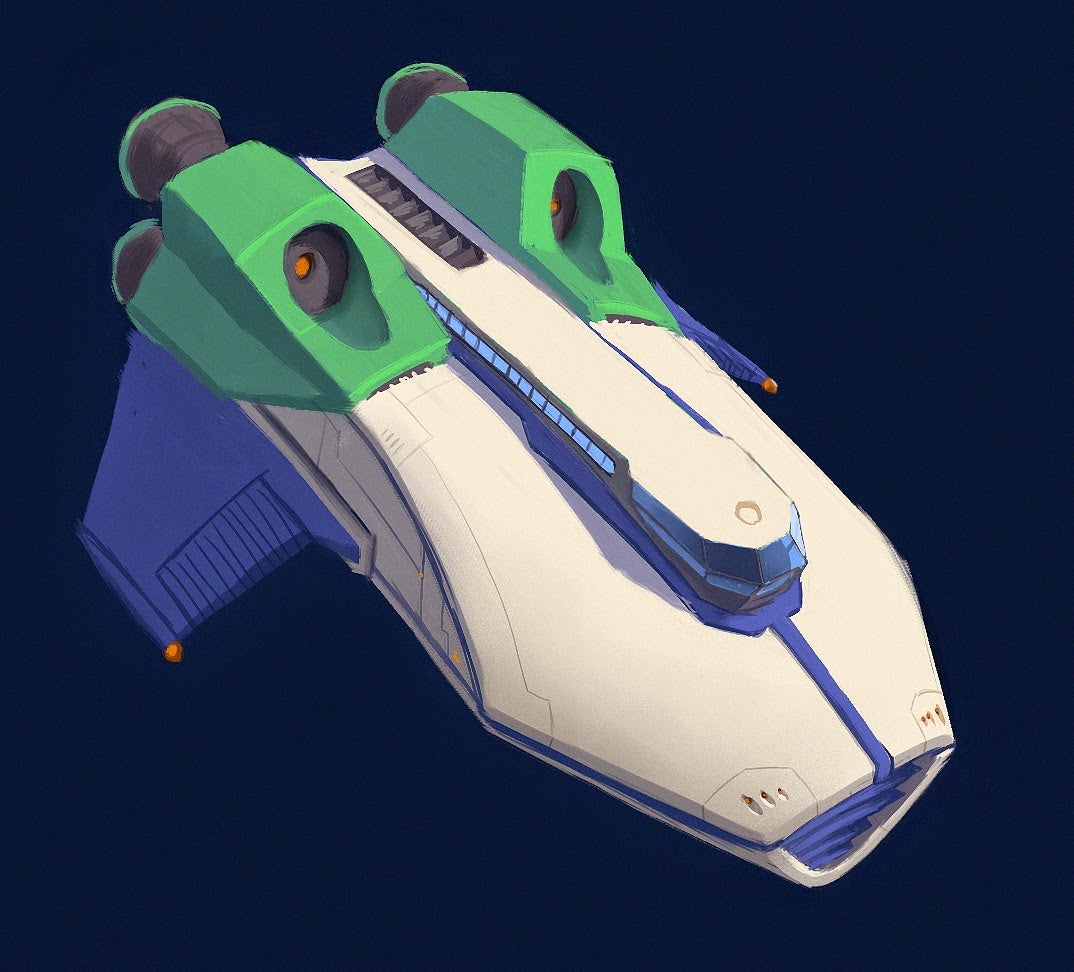 Toward the end of 2010, Disney executives made two suggestions to Avalanche. One was to work on a project that supported physical figurines, which would be an early entry into what would become the “toys-to-life” genre. You’d be able to buy toy versions of characters, which you could use to import those characters into the video game.

“We were a little worried, frankly,” said one person who worked on the game. “I don’t think Skylanders had been released when we first started exploring the idea, and we’d never made toys before, so there were a lot of unknowns. Once Skylanders took the market by storm, that eased our fears a bit.

“Of course, it also meant that people said we were just copying Skylanders because we released two years later, but honestly I don’t think Disney would have thrown their full marketing muscle behind it like they did without Skylanders’ sales numbers.”

The other suggestion was to add characters from other Disney franchises to Star Command, officially transforming the project into what would become Disney Infinity.

Avalanche had built assets, levels and characters for Star Command, but only a few things survived the transition to Disney Infinity, which came out in August of 2013.

Much of Disney Infinity’s Toys in Space expansion, released two months later, came from Star Command’s development. But it wasn’t quite the same. “The Star Command game was much more ambitious than that playset,” said a person who worked on the game.

Many of Star Command’s ideas, such as the spaceship hubworld and pirate level, were either scrapped or tied into another franchise within Infinity. 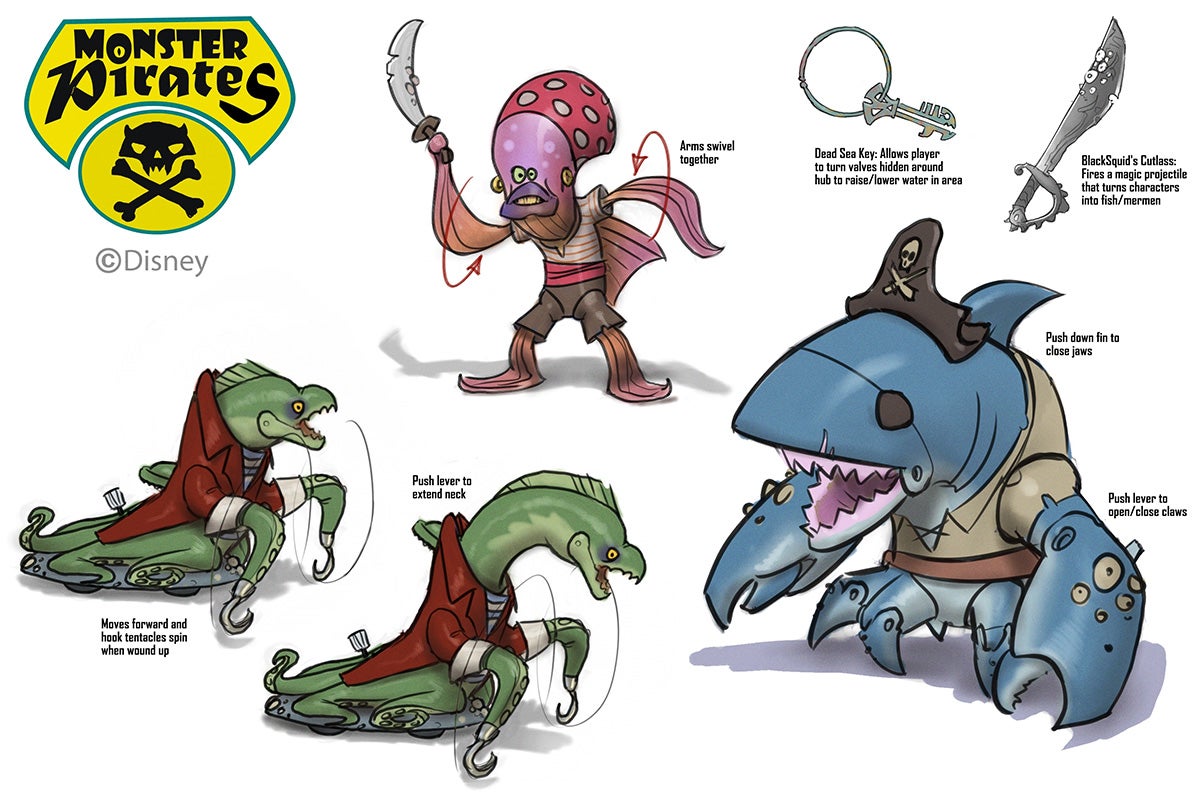 Those developers who spoke to Kotaku said they were proud of their work on Star Command and disappointed to not see it realised, but that they were also happy to see it turn into something more expansive with Disney Infinity.

Star Command was a unique Disney title that wasn’t tied to one specific movie or product, giving the developers more freedom in how they approached its design.

It’s unfortunate that we never got the chance to explore the corners of space with the cast of Toy Story, but much of that intended experience lives on in Disney Infinity.