The Internet Reacts To Hero In Super Smash Bros. Ultimate 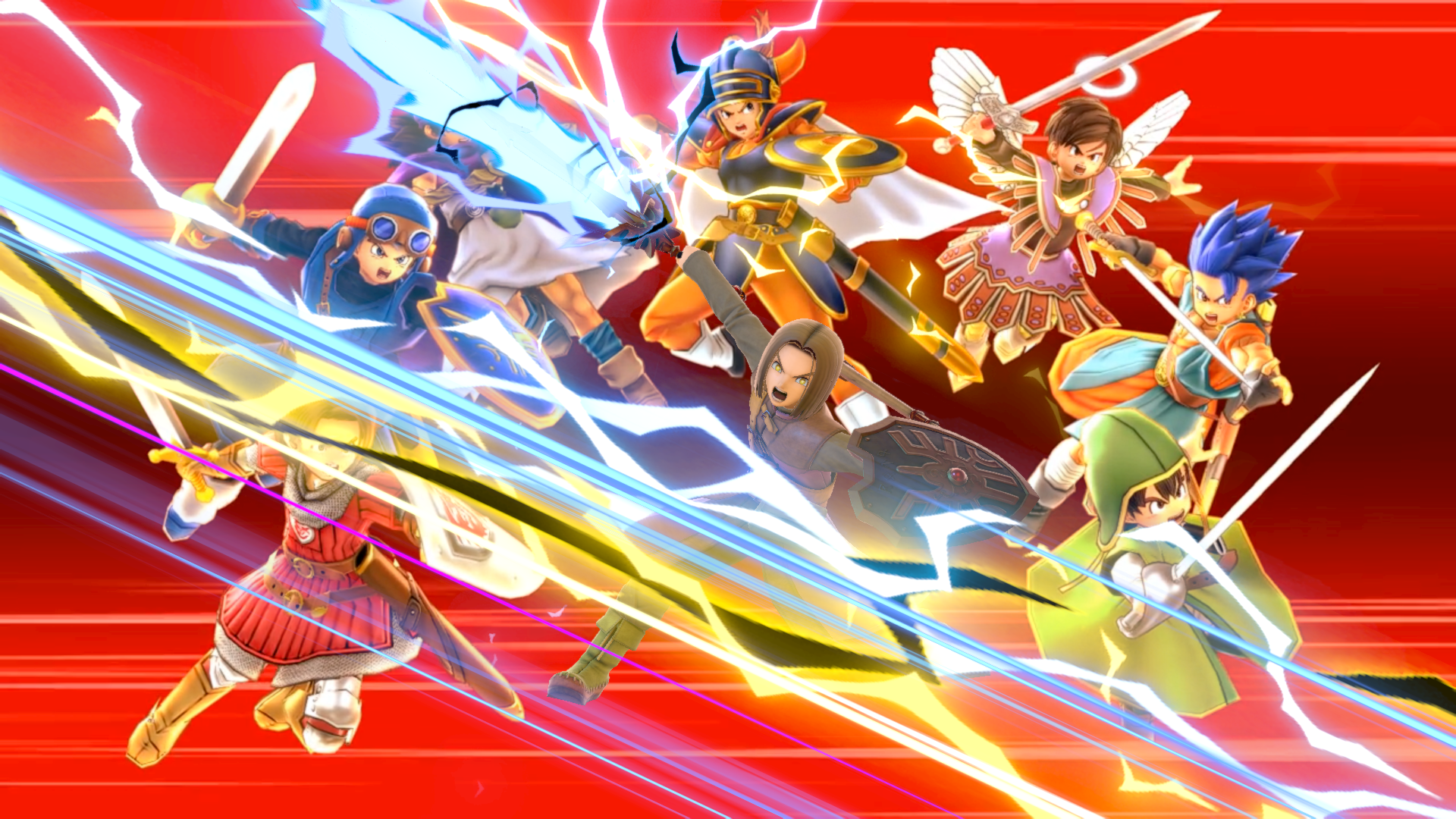 The presentation detailed what Hero will bring to the table once he is added to the game, and so far, several top competitive Smash players seem wary of his apparent strength despite spending zero time actually playing as him.

Brian “Cosmos” Kalu pleaded his case by detailing the complete list of Hero’s known abilities, which include healing, putting opponents to sleep, and randomly dealing out increased damage with his special attacks.

Leonardo “MkLeo” Lopez Perez believes Hero is already the best character in Super Smash Bros. Ultimate but also acknowledged the inherent silliness of the statement, seeing as the downloadable fighter has yet to be released.

Really worried that Hero is gonna ruin the game :/ Ultimate is in such a good spot right now too man

Eric “ESAM” Lew is convinced that Hero is going to counter his main character, Pikachu.

Who here is in the "Hero Counters my Main" club

There are also competing petitions seeking to ban and subsequently unban Hero from play. (Both of these petitions seem to be tongue-in-cheek, although you never really know with the Smash community.) The latter, published by William “Leffen” Hjelte after this morning’s Super Smash Bros. Ultimate stream, is currently at 820 signatures, while Panda Global’s petition to unban Hero—who, again, isn’t even out yet—is at 215.

its time to stand up for whats right
ban hero todayhttps://t.co/XnYFy3J93O

Reactions to the new fighter aren’t all doom and gloom. A handful of players are looking forward to Hero’s release, including former Evo champion Saleem “Salem” Young.

I play enough card games and Teamfight Tactics to embrace the RNG that is Hero's kit, chaotic evil looking ass character. Kinda reminds me of brawl Olimar where sometimes you pulled 6 purple pikmin and won by accident. pic.twitter.com/oSb0VwnZ0i

HERO IS MY CHARACTER

There’s also a contingent of the Smash community, like Gavin “Tweek” Dempsey and Nairoby “Nairo” Quezada, who are simply looking upon Hero’s toolkit with disbelief.

I have no words

I was not ready for all the things the Hero has

As is often the case, Hero’s reveal has also provided quite a few meme opportunities. ChuChuMcGoo, for instance, sees a bright future for round-opening Thwacks.

Sakurai: Thwack will insta-kill the opponent, however it has a high miss rate and it would be better off if you relied on your skills as a smash player and not RNG

Me as soon as the Announcer says Go: pic.twitter.com/BaU9gWA0Lf

Retired competitor Gonzalo “ZeRo” Barrios was definitely on one.

Me and @coneyzz whenever anyone gets hit with Hero's sleep spell. pic.twitter.com/f1vuoAtUmn

Some folks pointed out that Hero players may need to learn multiple languages to accurately take advantage of his spell menu.

when u memorize Hero's spell names in every language pic.twitter.com/lu2s2L2bLJ

it's all fun and games until Hero hits you with one of these pic.twitter.com/GJnaUpnwrd

hero mains learning what their specials moves are in every language pic.twitter.com/VdipaKeBwD

Ace Watkins, who could very likely be the United States’ first gamer president, pledged to work with Super Smash Bros. Ultimate director Masahiro Sakurai to ensure DLC characters will no longer be overpowered compared to the rest of the cast.

Today's release of Hero for Super Smash Bros Ultimate proves once again that developers make paid DLC characters the strongest in their games. As president, I will work with foreign leaders like Masahiro Sakurai to ensure that all Gamers have access to OP metas.

Anyway, kudos to Smash fans for getting ahead of the conversation about whether the game’s latest addition is overpowered. So ahead, in fact, that they’re doing it before he’s even playable.