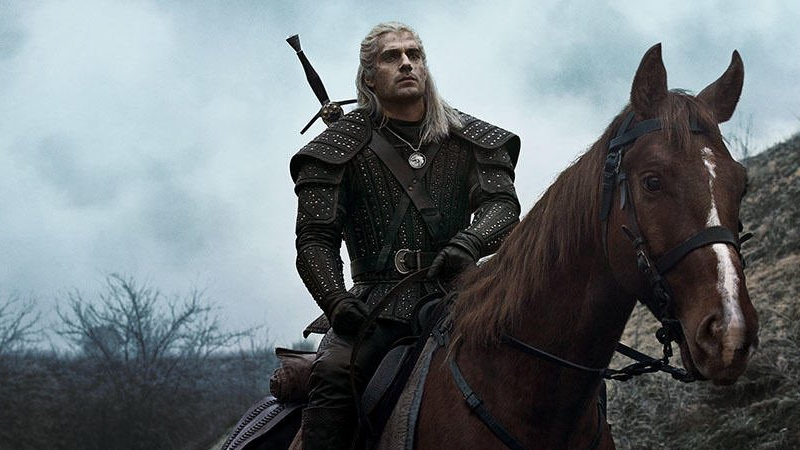 This Old Town Road remix looks weird. (Photo: Netflix)
To sign up for our daily newsletter covering the latest news, features and reviews, head HERE. For a running feed of all our stories, follow us on Twitter HERE. Or you can bookmark the Kotaku Australia homepage to visit whenever you need a news fix.

We’ve met Geralt of Rivia. We’ve met some of his closest allies. Now, it’s time to meet the most important character of all in Netflix’s adaptation of the Andrzej Sapkowski fantasy series The Witcher: this horse.

This is horse is, of course, Roach, Geralt’s trusty steed and steadfast companion in both the novels and the popular video game series inspired by the novels from CD Projekt Red, where Roach, uh, occasionally spent his time getting stuck on the top of buildings?

Anyway, that’s probably not going to happen in Lauren Schmidt Hissrich’s The Witcher series, because it would be incredibly weird, but still, Netflix gave us our first look at the show’s version of Roach via some new pictures of Henry Cavill’s Geralt looking very tired and miserable, but also on horseback.

What else can you say about a picture of a man on a horse? Not much, but, if you glare hard enough, you can see the pommel of Geralt’s silver monster-slaying sword hanging off of Roach’s left flank.

You begged, we delivered. Here’s your first look at Roach! #TheWitcher pic.twitter.com/Ll3LWtWcg7

Fans of the games had wondered where Geralt’s second blade was when recently released shots of Cavill in costume showed him with only one sword strapped on his back. Although the Geralt of the Witcher games kept his two swords”one made of iron, for fighting most of his foes, one of silver, for fighting certain monsters he hunts in his duty as a Witcher”on his back. But in the novels, Geralt always stored his silver sword on Roach, to prevent it from getting damaged in regular combat.

It’s a nice little touch to see the show doing it like that as well, even if it’s not the Witcher imagery most fans who are aware of the series are familiar with. Plus, it gives TV Roach something to do other than ferry Henry Cavill from shot to shot. Cavill also took to Instagram to add his own commentary on the arrival of Roach, teasing the show’s presence at San Diego Comic-Con in the process:

The road to San Diego is long. The good news is, on her worst day, Roach beats the company of Men, Elves, Gnomes and even Dwarves. She’s not always easy, but she knows more than most and cares just enough to be the only kind of company worth enjoying.

The road to San Diego is long. The good news is, on her worst day, Roach beats the company of Men, Elves, Gnomes and even Dwarves. She's not always easy, but she knows more than most and cares just enough to be the only kind of company worth enjoying. #Roach #SDCC #ComicCon @WitcherNetflix