After spending years being kept out of the spotlight, Marvel’s mutants are finally set to return to center stage this year in writer Jonathan Hickman and artists Pepe Larraz, R.B. Silva, and colorist Marte Garcia’s House of X and Powers of X, the first two pieces of the publisher’s brand. But Marvel’s leadership came to San Diego Comic-Con this year to remind the world that there’s plenty of stuff going on outside of the X-adventures.

Marvel’s big plans for the mutants are meant the change the larger landscape of the company’s comic universe, but other characters like Ghost Rider and frequent Spider-Man and Venom villain Carnage are also poised to make headlines in coming months thanks to two new series. 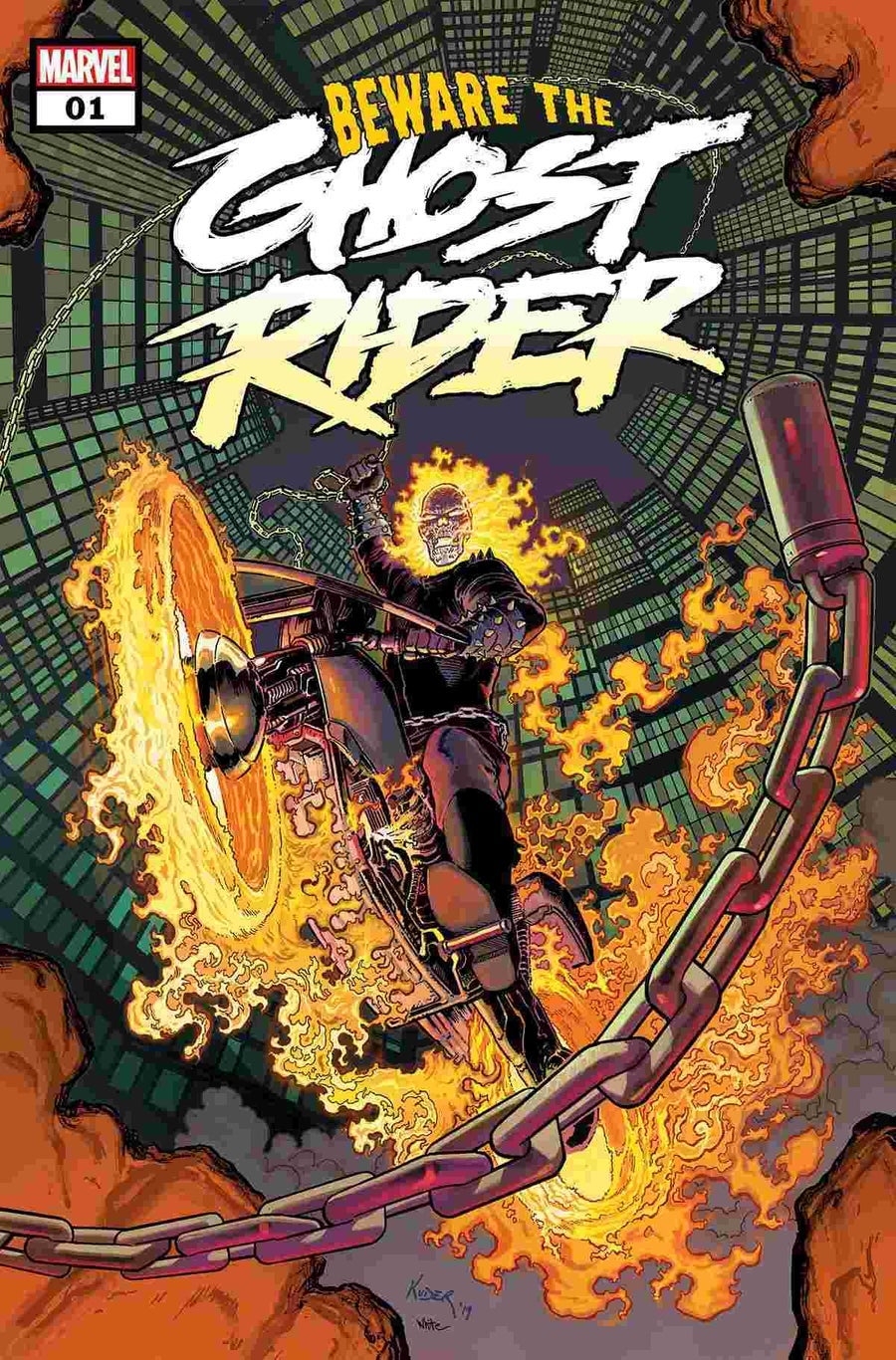 During the panel, X-Men editor Jordan D. White got into some of the details of writer Ed Brisson and artist Aaron Kuder’s new Ghost Rider, an ongoing book following both Johnny Blaze and his brother Danny Ketch, both of whom have operated as Spirits of Vengeance at one time or another. Despite their common mystical work experience, the brothers embark upon this newest adventure not exactly seeing eye to on the whole business of being a Ghost Rider.

Unlike Johnny, who recently became the new king of Hell, Danny’s never really been able to enjoy the beneficial side effects of his supernatural curse, but this series will explore how it’s part of their shared family legacy that they can’t escape. While the series will be something of a slow burn, it’s meant to culminate with events that’ll resonate far beyond its own pages. 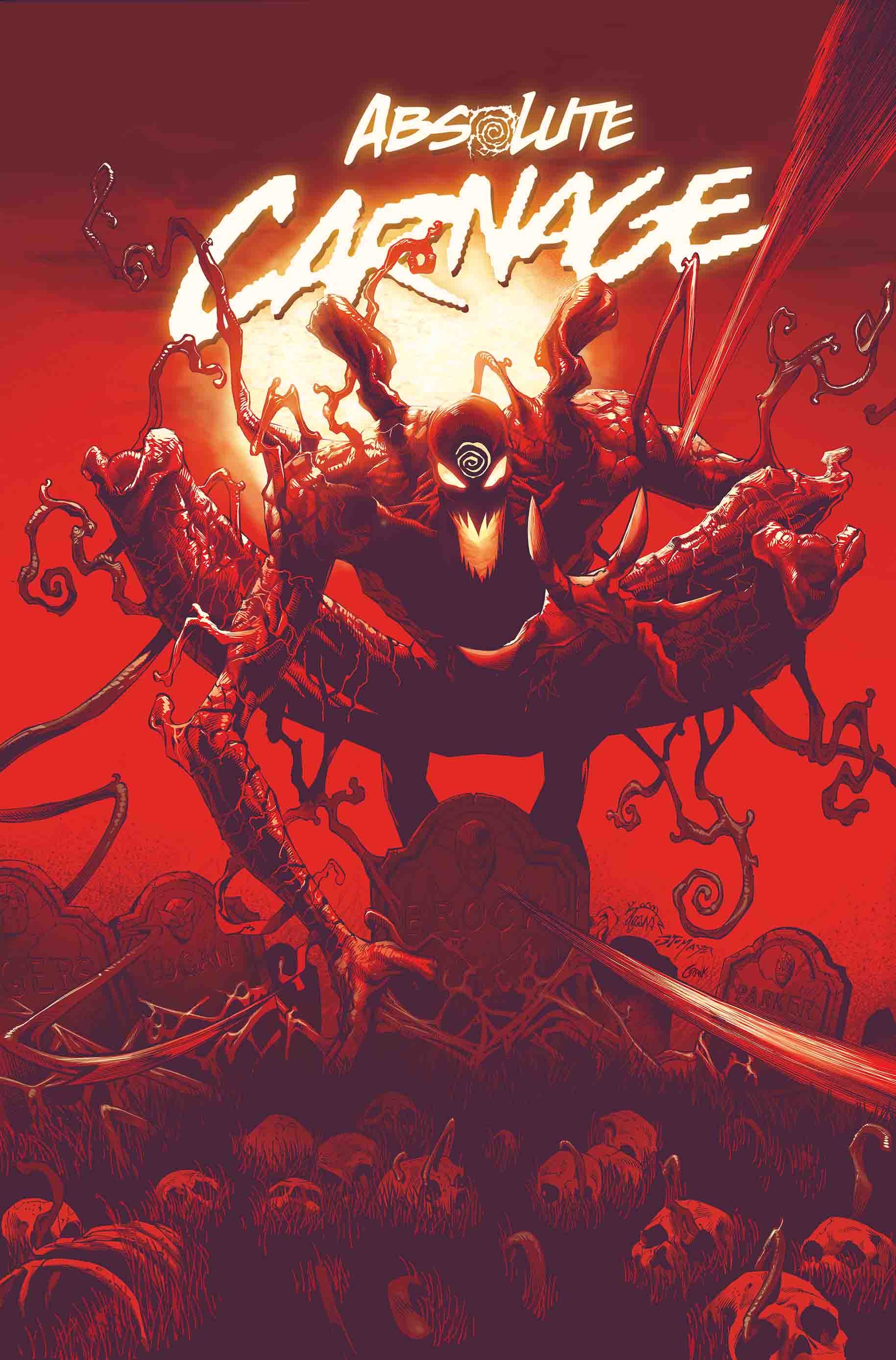 Writer Donny Cates and artist Ryan Stegman’s epic Venom arc radically altered nearly everything we know about the species of Klyntar symbiotes that Venom is a part of. After having a kid with Eddie Brock, taking on the ancient god of symbiotes and participating in the War of the Realms, the Venom Symbiote, now on bad terms with Eddie, has been out there existing as its own sentient being.

But the Symbiote’s time away from Eddie has always been something that couldn’t last but for so long considering that Carnage has been lying in wait for the perfect moment to launch his own attack on the world. Editor Nick Lowe didn’t provide much in the way of detail, but he made it clear that the book’s going to be a bloodbath. 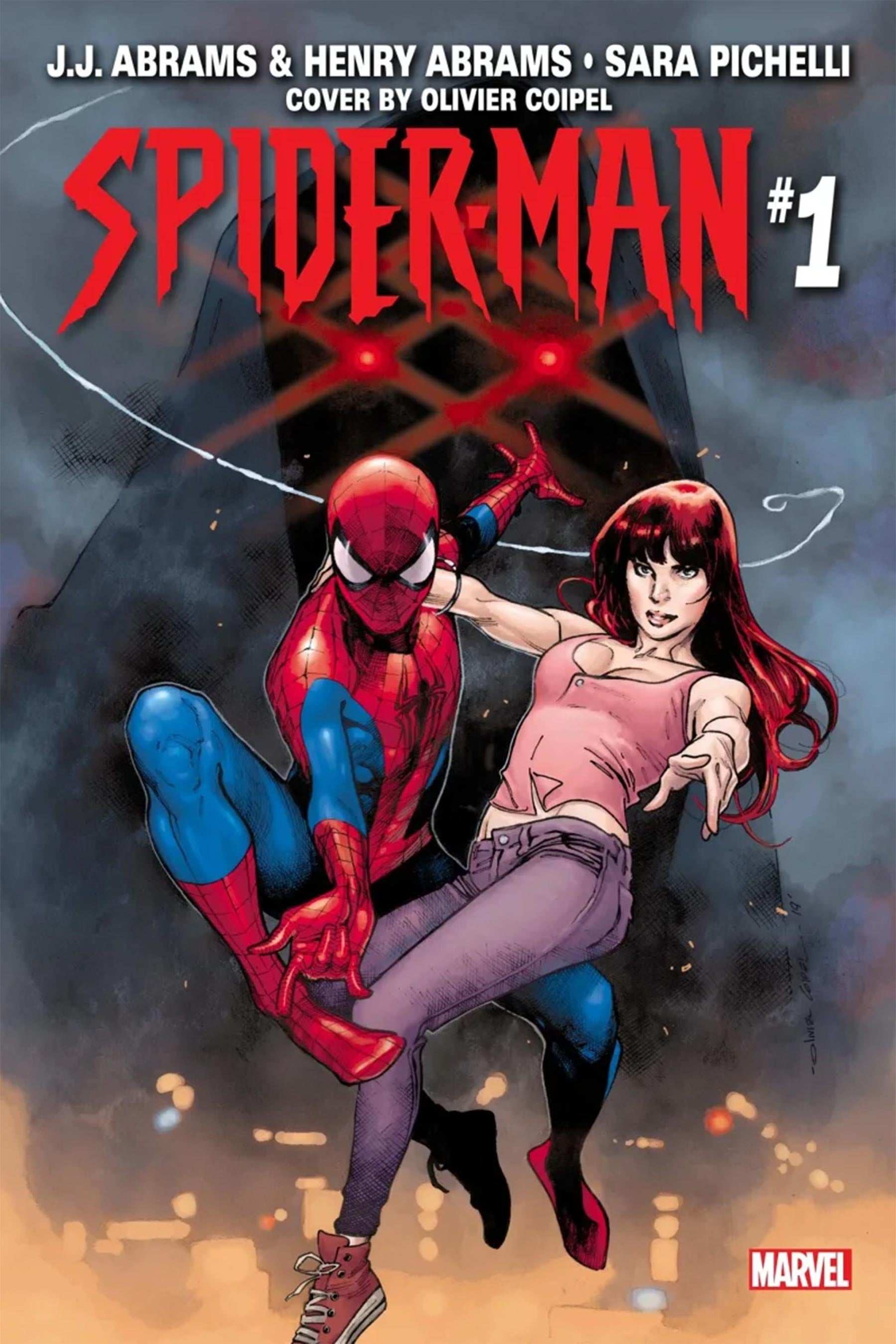 We’ve known for some time now that J.J. Abrams and his son Henry were teaming up to co-author a new Spider-Man mini-series with art from Sara Pichelli and Dave Stewart, and covers from Olivier Coipel, and not too much about the book was said at this year’s SDCC aside from the codename of its big bad: Cadaverous.

As far as Spider-Man baddies go, “Cadaverous” is a particularly choice monicker that suggests Peter’s going to end up fighting some sort of dead thing (or things). We’ve already seen more than enough zombies in Marvel’s books so here’s to hoping that whatever Cadaverous’ deal is, it’s something a bit more imaginative and, ideally, fresher. 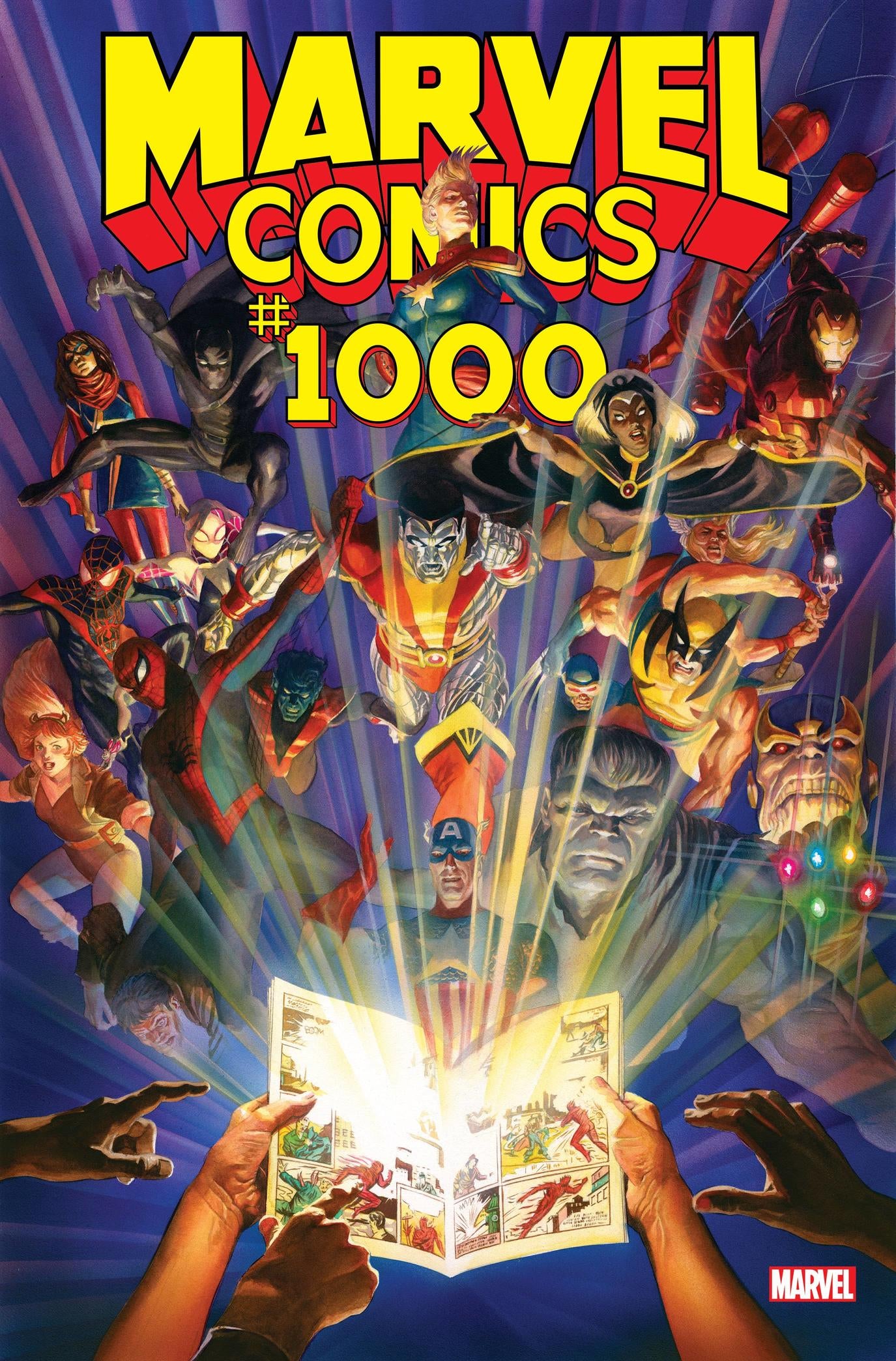 The house of ideas is going back to where it all began this fall with a generations-spanning epic collection of stories that chronicles the origins of a multitude of Marvel characters like Apocalypse (Hickman, Dustin Weaver) Loki (Kieron Gillen, Doug Braithwaite), The Thing (Saladin Ahmed, Steve Rude) the Black Panther (Christopher Priest, Brien Stelfreeze), and Thanos, the Mad Titan (Ryan North, James Warren).

The issue weaves these origins together into one grand narrative before introducing an all-new character in a story from Al Ewing and Cafu. The last time Marvel used a major milestone to establish a new character”Voyager, the greatest Avenger we’d never heard of“the results were a little less than extraordinary, and hopefully this time around, the new hero or villain will actually leave a mark on the comics. 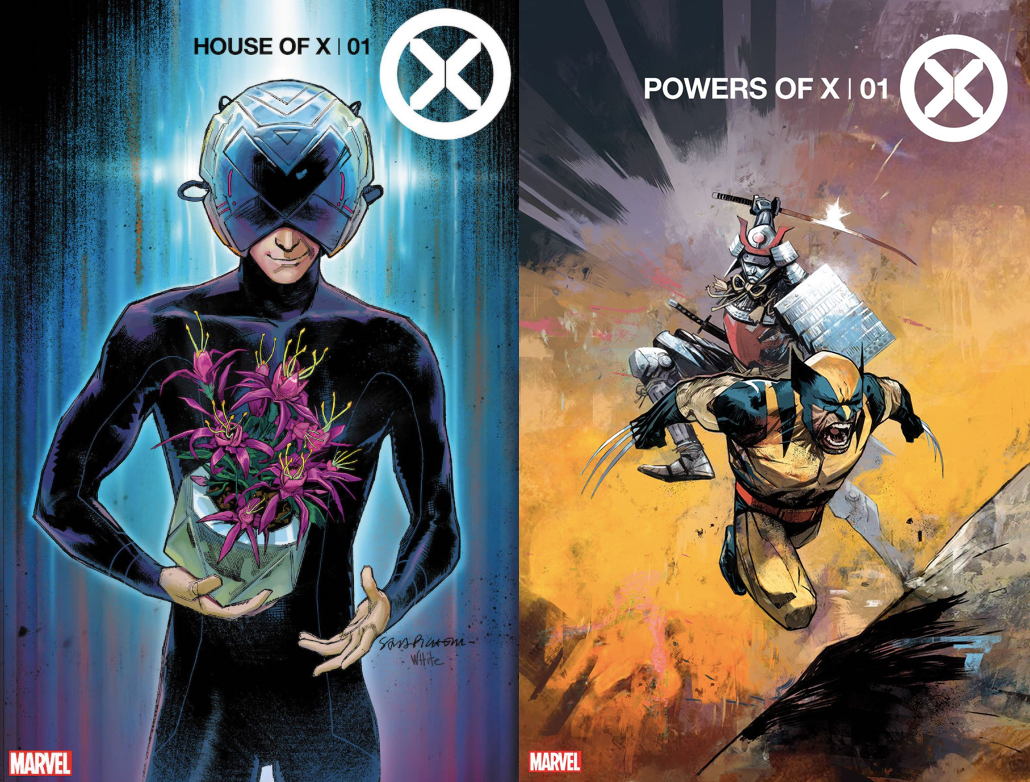 House of X/Powers of X

The most interesting revelation about Hickman’s two flagship X-series kicking off the new era of Marvel’s mutants is that the “X” in their titles are both Roman numerals, meaning that they’re read as “House of Ten” and “Power of Ten,” respectively. The clever wordplay is apparently part of the big ideas at work in both series, the most prominent of them being how people with x-genes across the world begin to manifest abilities at rates higher than ever before.

This sudden boom in the mutant population gives the X-Men a kind of decided strategic advantage in their fight for mutant rights they’ve never had before, but it also makes the rest of the world’s non-mutant population concerned about just what the X-Men plan to do with that power.

Hickman explained that more than anything else, House of X and Powers of X are meant to be opening salvos for the “Dawn of X,” Marvel’s umbrella term for six new ongoing series spun out of the event that will establish a number of new X-teams with different rosters and group dynamics. 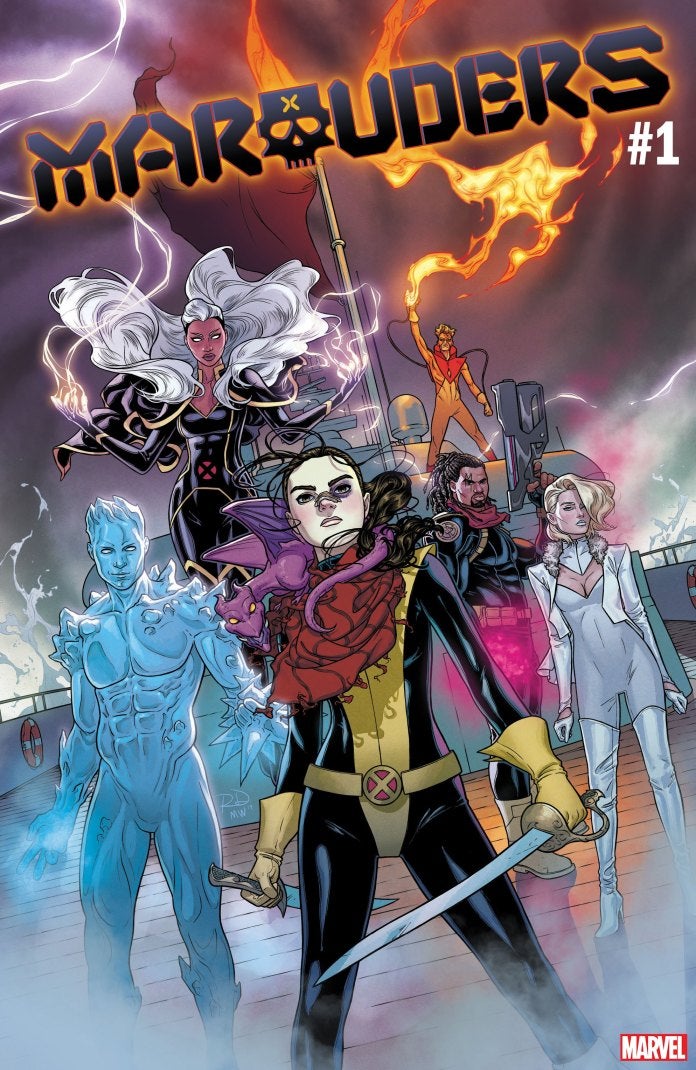 Hickman used Gerry Duggan and Mateo Lolli’s upcoming Marauders relaunch as an example of the kinds of fundamental changes that are going to follow in the wake of House of X and Powers of X. In the series, Kitty Pryde leads a swashbuckling team of mutant sea explorers whose adventures are bankrolled by Emma Frost of the newly-formed Hellfire Trading Company. Hickman added that while the team doesn’t bear much of a resemblance to the original Marauders, the reasons for each character’s presence in the book will become clearer as the story progresses. 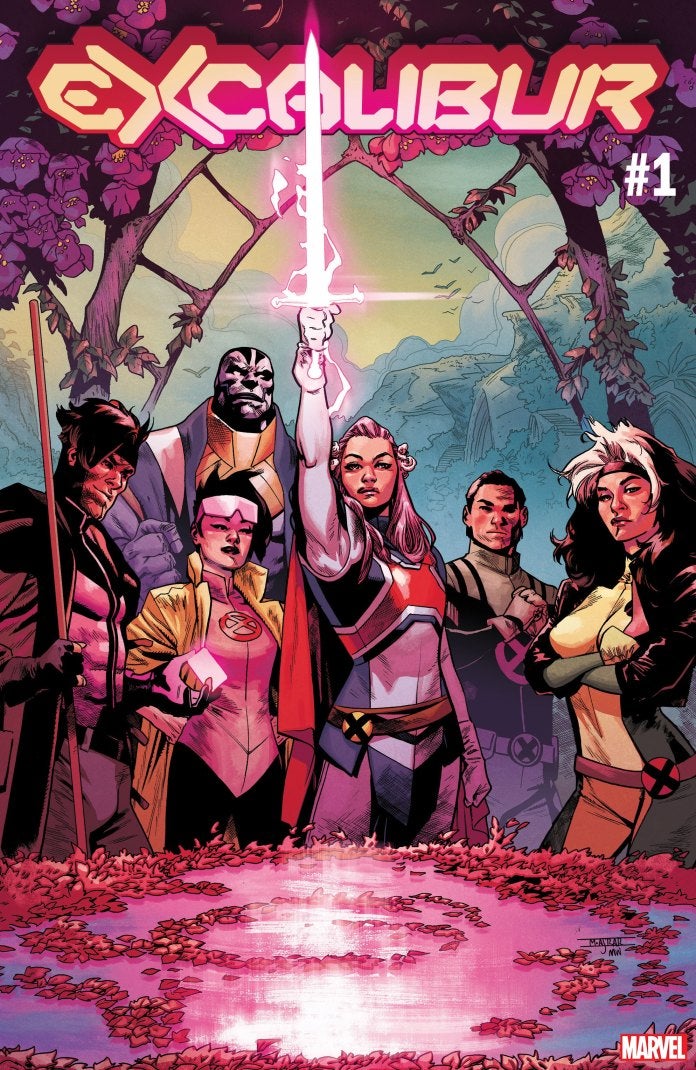 Betsy Braddock’s new role and codename that will be introduced in Tini Howard and Marcus To’s Excalibur relaunch is another example of how Marvel is attempted to evolve the X-Men in curious news ways. Now that Betsy and Kwannon, the Japanese woman whose body Betsy inhabited for the bulk of her career as Psylocke are two separate people once again, the time has come for them to go their separate ways and to redefine their own identities.

As the new leader of Excalibur, Betsy’s taking the Captain Britain mantle for herself in an arc that Marvel head C.B. Cebulski compared to Carol Danvers’ transformation into Captain Marvel. 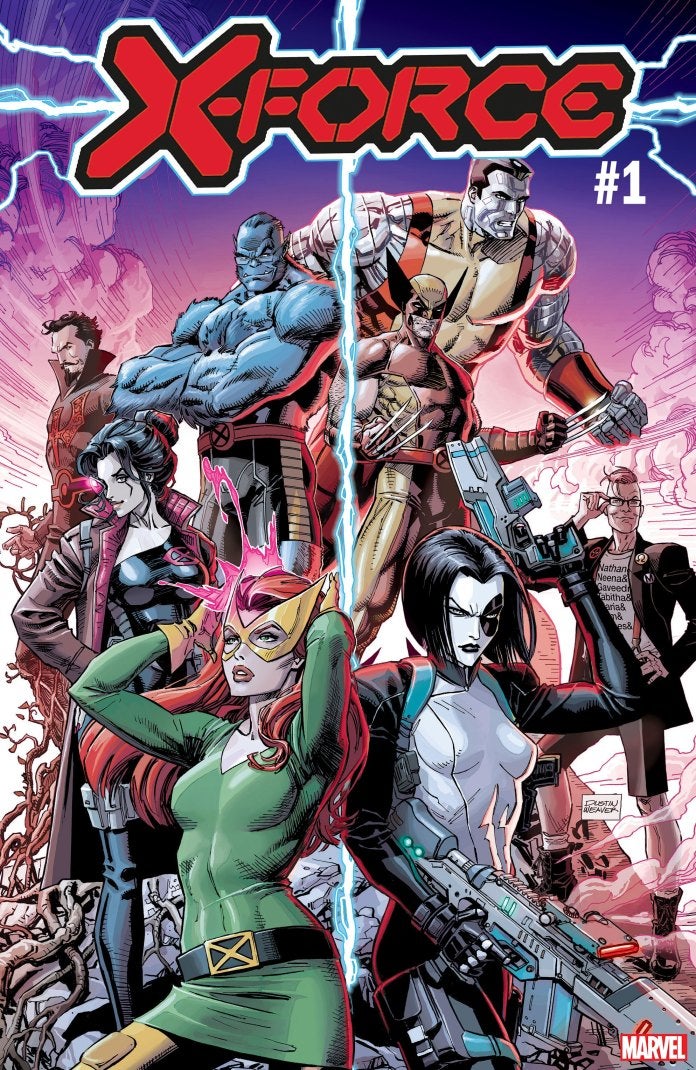 Jean, Domino, Beast, Wolverine, Quentin Quire and Sage are the newest X-Force. They’ll be working in the shadows to collect vital intel for the mutant cause and carry out dangerous missions that the public-facing X-Men can’t in this new series from Benjamin Percy and Joshua Cassara. 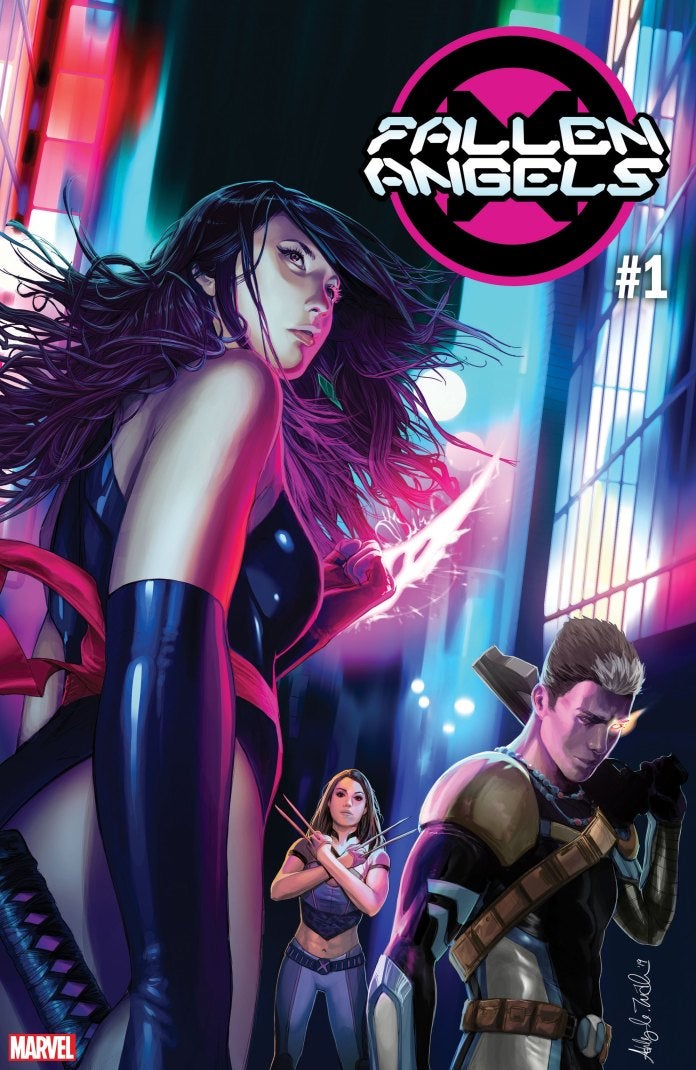 The other half of the larger Betsy/Kwannon story will unfold in Bryan Edward Hill and Simon Kudranski’s Fallen Angels, a series that will follow “Psylocke” as she teams up with X-23 and Young Cable on a mission that has personal importance to the psionic ninja. Interestingly, White made it clear that this story isn’t about Betsy, despite the fact that it is about Psylocke, suggesting that going forward, Kwannon’s going to take the codename for herself. 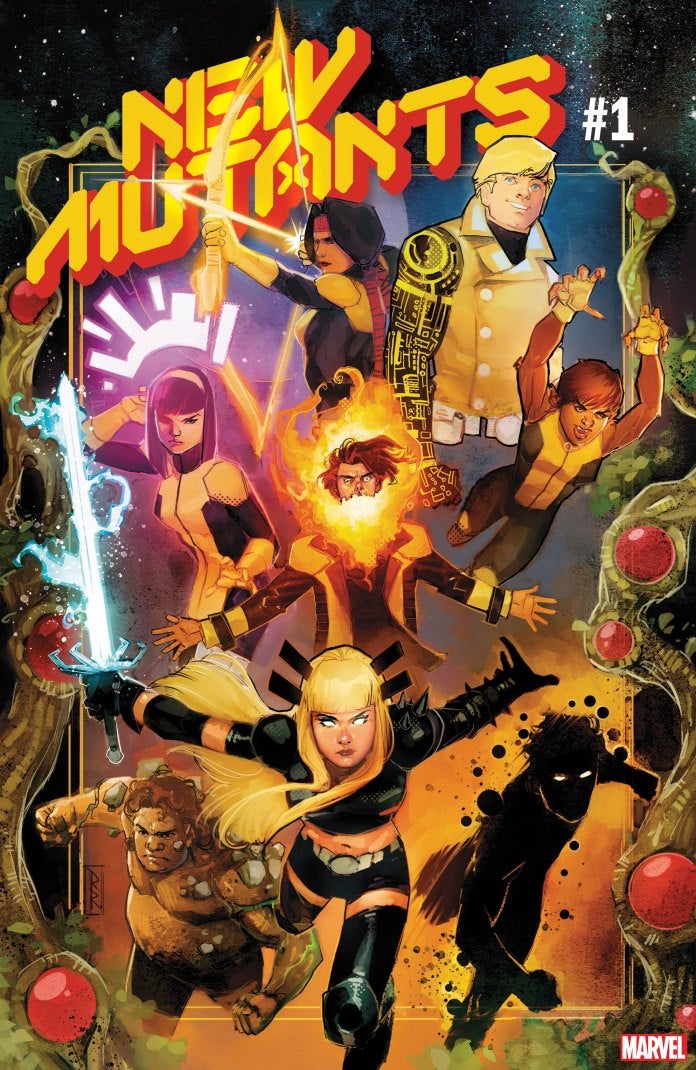 Hickman didn’t have much to share about the new New Mutants series he’s co-authoring with Ed Brisson and Rod Reiss aside from the team’s roster and his belief that fans of the original series will definitely want to read this run. But the fact that it features the original lineup along with a couple of newcomers like Mondo and Chamber seems nothing if not promising.

Unsurprisingly, all of these new series are pieces of a larger puzzle that won’t begin to come together until Marvel’s relaunched X-Men book from Hickman and Leinil Francis Yu, which Hickman teased with a sprawling roster, rather than any cover art. Over 40 of the X-Men’s most memorable characters are poised to appear throughout the book, and as if that wasn’t enough, Marvel already has a second wave of X-centric stories in the works from creators like Vita Ayala and Leah Williams.

Marvel’s betting big that the X-Men’s absence from many of its major recent events have given people a hunger for more of their adventures, and that may very well be the case, especially considering how the company’s no longer got much of a reason to keep them in a sandbox now that Disney’s bought their cinematic rights back from Fox. The big questions now, though, are whether Marvel’s gamble will pay off, and whether this “Dawn of X” is going to end up being something that really does push the X-Men into the future.