These Games Deserve Spots In The Switch Online NES Library 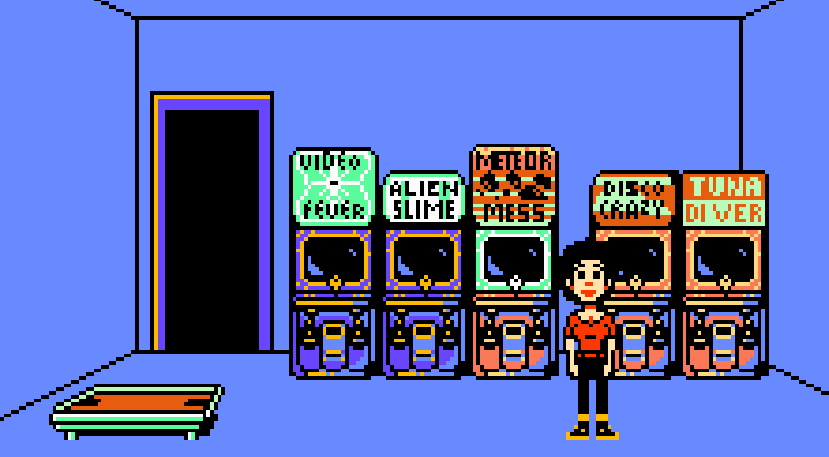 Screenshot: Moby Games, <a href="https://www.mobygames.com/game/nes/eliminator-boat-duel">Maniac Mansion </a>
To sign up for our daily newsletter covering the latest news, features and reviews, head HERE. For a running feed of all our stories, follow us on Twitter HERE. Or you can bookmark the Kotaku Australia homepage to visit whenever you need a news fix.

By the end of the month, there will be 46 games in Nintendo Switch Online’s NES library. There will be 52 if you count the ones only released for the service’s Famicom library in Japan. While most of the best-known games of that era have already been brought over, that number is still just a fraction of the over 700 games originally released for the console, many more of which deserve to see the light of day.

Switch Online launched last September with 20 NES games, including classics like The Legend of Zelda and Super Mario Bros. 3. Nintendo has continued to build out the library with a handful of new games every month since. Recently, though, the pickings have felt slimmer, almost as if the program, not yet even a year old, has run out of steam.

Punch-Out!!, Star Soldier, and Super Mario Bros.: The Lost Levels (what was originally sold as Super Mario Bros. 2 in Japan) came to the service in April. In May, Clu Clu Land, Donkey Kong Jr., and Vs. Excitebike were added, followed in June by Double Dragon II: The Revenge, City Connection, and Volleyball. No offence to the City Connection super-fans out there, but these are not exactly must-play games. 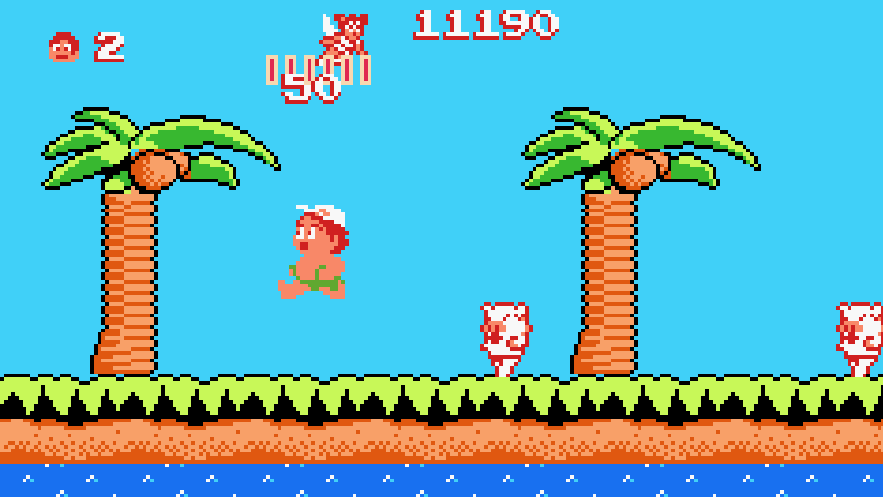 Last night, Nintendo announced July’s games. This time, there are only two: Wrecking Crew and Donkey Kong 3, in case your appetite for climbing ladders and dodging barrels wasn’t sated by the other Donkey Kong games already available.

It might help if Nintendo pivoted to using the library of games on the SNES, which have arguably aged much better. That would mean Nintendo could start porting games like The Legend of Zelda: A Link To The Past and Super Metroid over to what is, in my opinion, the best portable console ever made. Earthbound, one of the most charming, stunning games of all time, is currently marooned on the New 3DS and Wii U virtual consoles after being MIA for more than a decade. 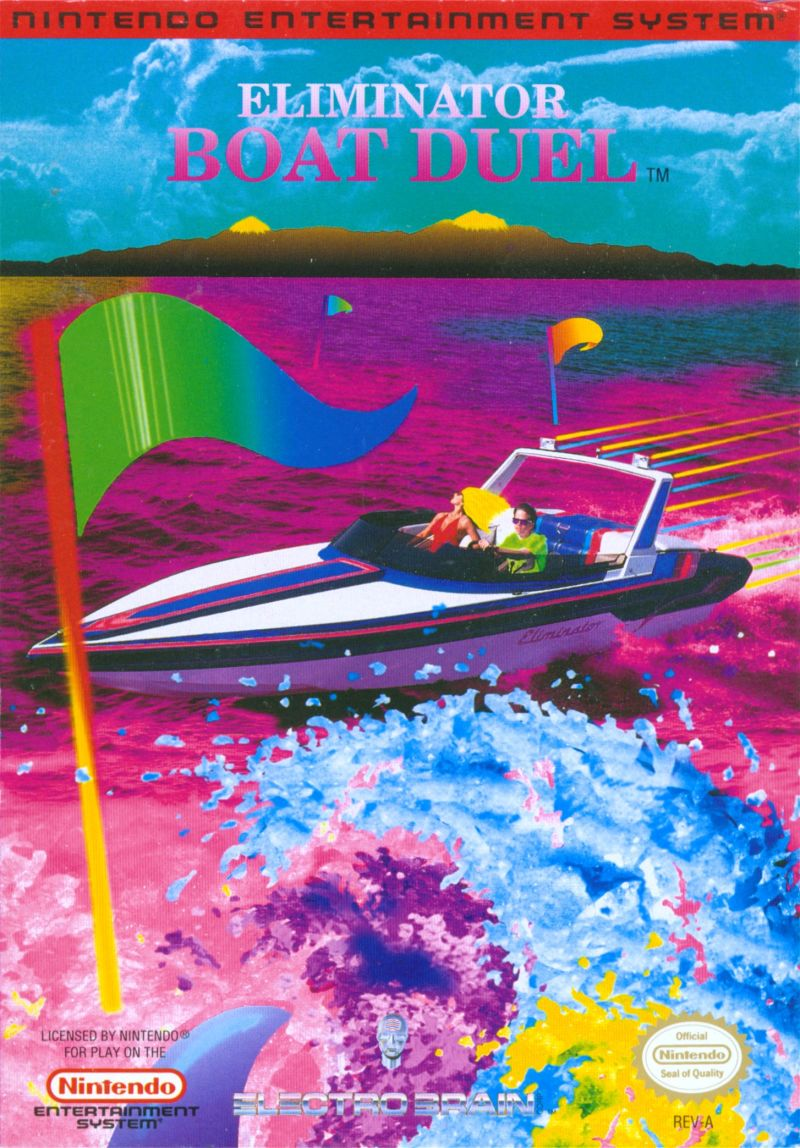 There’s no reason for those SNES games to come at the expense of the rest of the NES games still waiting to be ferried back across the River Styx to a new life. Some candidates for that voyage are obvious, like Tetris, one of the most popular games ever made. Others are more of an acquired taste, like Marble Madness, where the fact that they lack any modern equivalents makes their absence sting that much more.

I also have some personal favourites from the era. There’s Hudson Soft’s Adventure Island, which is about a boy who overcomes the elements by guzzling wild fruit and shredding off boulders like a pro on his skateboard, and Ironsword: Wizards & Warriors II, which is about a knight with a weakness for gambling and a penchant for losing his helmet.

They remain utterly delightful, despite their unforgiving difficulty. Maniac Mansion, Teenage Mutant Ninja Turtles II, Eliminator Boat Duel, and Destiny of an Emperor also all feel like must-haves, to name just a few more. It would be a shame if we don’t eventually get them.

Part of the promise of Switch Online was that it would make up for the absence of the virtual console by instead having a Netflix-esque library of retro games, playable on demand for a low monthly subscription. That’s already been eroded somewhat as publishers take the initiative to release their own back catalogues through more expensive collections.

It seems like a long shot now that Mega Man will come to the NES library what with the Mega Man Legacy Collection out there, or that we’ll see Castlevania there now that the Castlevania Collection exists. The same goes for Contra. And as far as Metal Gear? Well, with Konami, who even knows? 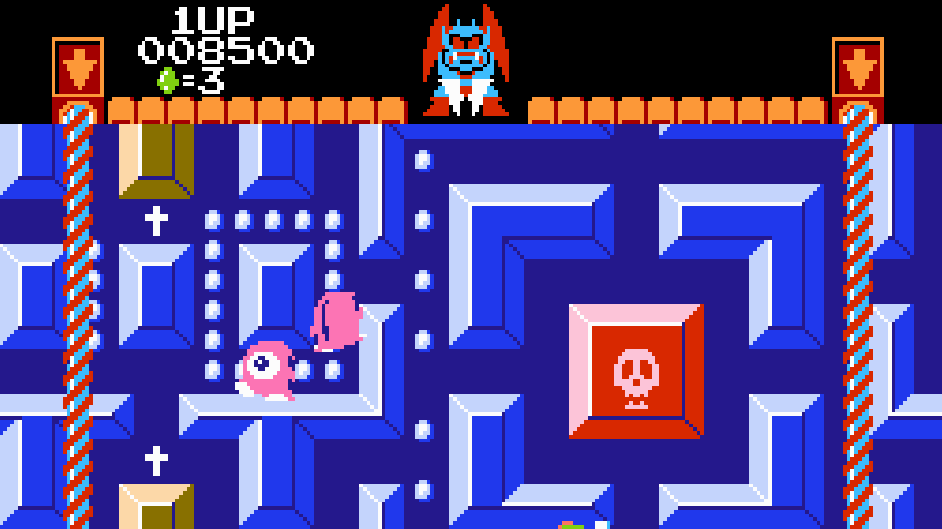 Even if it’s unrealistic to expect to get more obscure third-party games like Conquest of the Crystal Palace, developed in part by Tactics Ogre’s Yasumi Matsuno, or Supremacy: Your Will Be Done, an interstellar military sim, there are still many more treasures from Nintendo’s own backyard to bring over.

Devil World, a demented Pac-Man-like maze game co-developed by Shigeru Miyamoto and Takashi Tezuka, finally made it to the Wii’s virtual console in North America in 2008, over two decades after its original release in Japan. Its titular winged demon appears in Smash Bros. Ultimate. Maybe the game should come to the Switch.

Either way, I say it’s too early for Nintendo to halt work on Switch Online’s NES library. The 3DS currently has 64 NES games available for sale on the eShop. Surely the Switch can do better than that.