There are casual gamers who like to occasionally pick up a game to relax for a few minutes, and there are more dedicated players who will devote hours to completing games and unlocking achievements. And then there’s those gamers who refer to themselves as “pros” or “hardcore” who must have the highest score, beat a game in the fastest time, and dominate everyone else online. 8BitDo’s new SN30 Pro+ controller, which can be thoroughly customised and reprogrammed through a new app, is designed for that latter crowd. 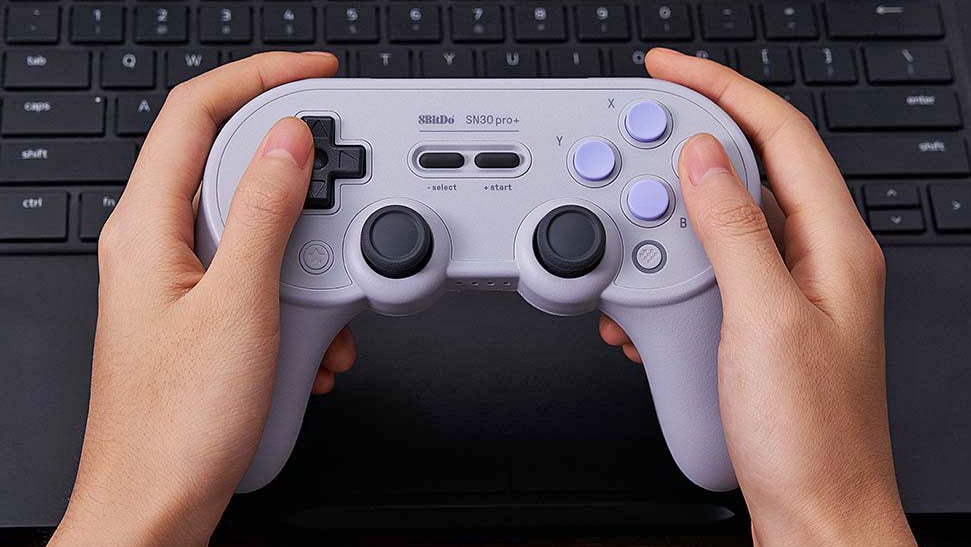 Over the past few years, 8BitDo has cemented itself as one of the better third-party controller makers with designs inspired by the gamepads included with classic consoles, but upgraded with extra features, wireless Bluetooth functionality, and improved hardware. If you’ve still got an original NES or SNES console plugged into your TV, 8BitDo’s even got plug and play wireless controller adapters so you can enjoy retro titles without the hassle of cords.

The company’s controller lineup has primarily focused on retro gaming so far, but when the Switch arrived it started adding more modern features to its controllers like extra shoulder buttons and analogue joysticks.

The new 8BitDo SN30 Pro+ features a design reminiscent of Nintendo’s own Switch Pro Controller (not a bad thing) but with the analogue sticks arranged side by side like Sony does with the PlayStation’s gamepads. 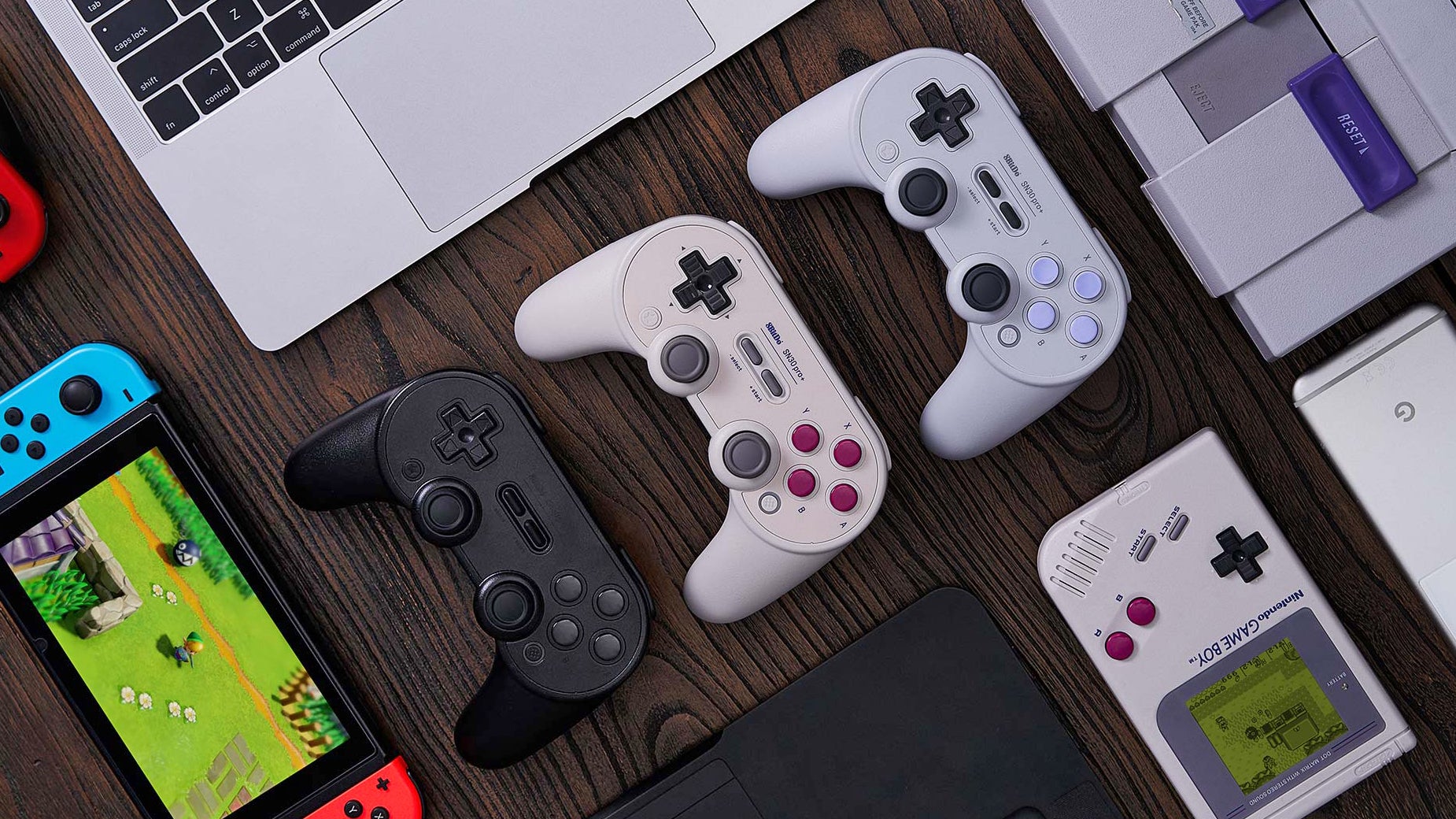 The 8BitDo SN30 Pro+ was first revealed back in 2018 around E3 as a prototype, with features like rumbling haptic feedback, wireless Bluetooth support, built-in motion controls, better ergonomics than the company’s SN30 Pro, and USB-C charging. It was expected to arrive sometime in late 2018, but 8BitDo ended up delaying its release while the company did some fine-tuning, as it explained on Twitter earlier this year.

It turns out that fine-tuning included the addition of one other major feature: the SN30 Pro+’s Ultimate Software which allows the controller to be excruciatingly customised and reprogrammed. Available for Windows and Mac OS at launch (a mobile version might eventually arrive) the software not only allows all of the controller’s buttons to be remapped to a gamer’s preferences, but it also allows multiple inputs to be programmed to a single button. So, yes, inputting the Konami code just got significantly easier. 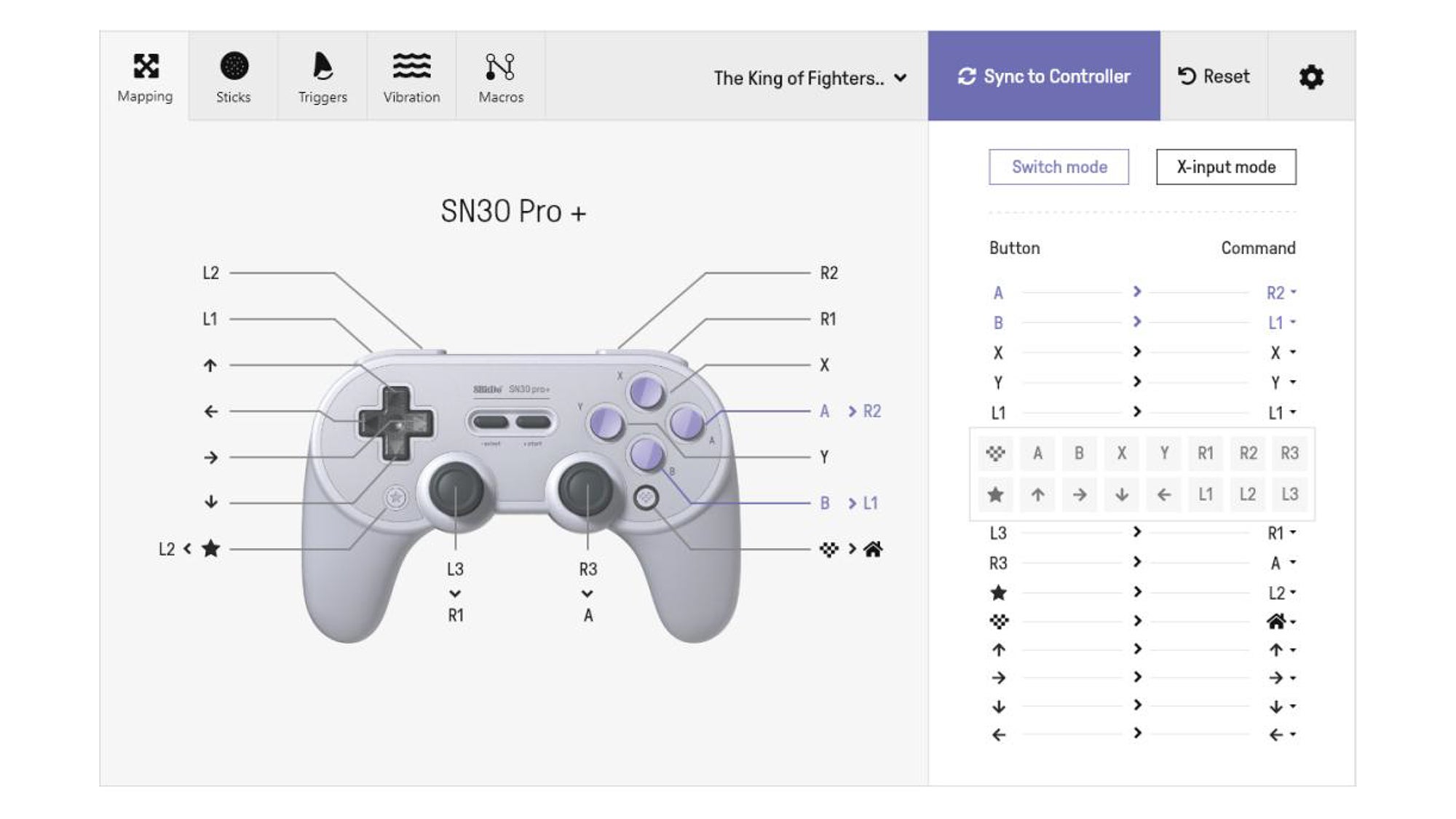 In addition to programmability, the feel and responsiveness of the SN30 Pro+’s analogue buttons and joysticks can also be customised and tweaked so they’re more or less responsive, and those customisations can be saved and reloaded so the controller can be adjusted on a game by game basis.

It’s not the first time we’ve seen a controller that boasts such robust customisability, the ALL Controller promised similar functionality a couple of years ago, but it has yet to be released to backers of its Kickstarter campaign.

There is one feature the SN30 Pro+ is lacking, however, that could limit its adoption among pro gamers. Out of the box it supports Windows and Mac OS computers, the Nintendo Switch, mobile devices running Android, and even homebrew consoles that are compatible with Bluetooth controllers.

What it doesn’t support is the Xbox One or the PS4 by default. Getting any of the 8BitDo controllers to work with those consoles requires additional adapters, and the added cost and hassle might not be worth it.

8BitDo has created simple adapters that allow Microsoft and Sony’s controllers to be used on other systems, but hopefully, it’s got an adaptor in the works that allows its own controllers, including the SN30 Pro+, to play nice with the Xbox One and PS4.