Valve Index Is Luxurious, But A Hassle

The other day, a talking robot ball was taunting me, saying I couldn’t raise my arms and pump my fists like him. This, he proclaimed, was my ultimate failing, and I would forever marinate in my shame. I raised my own physical hand and slowly unfurled my real-life middle finger. My in-game finger shot up in righteous fury. “That’s really rude,” said the robot, “but technically not pumping your arms, so I’m fine with it.”

For the past few days, I’ve been putting Valve’s new $US1,000 ($1,436) Index VR headset, and its finger-tracking controllers, through their paces. Index, which came out last Friday in the U.S., is Valve’s big second act on the virtual reality stage.

Editor’s Note: As of writing, the Valve Index is not available for purchase in Australia.

Much like its last headset, a collaboration with HTC called Vive, Index is a room-scale VR setup that you connect to your PC. It boasts higher-resolution screens, a redesigned sound system with speakers that float over your ears, and cool new controllers that track each finger on your hands.

The price of the complete Index package? $US1,000 ($1,436), compared to the Vive’s $850 and the Oculus Rift S’s $650. (You can also buy the Index controllers separately for $US280 ($402) and use them with your existing headset.) Index is the VR equivalent of buying a luxury sports car. But is the experience of owning one markedly more luxurious than what came before? That’s a trickier question to answer.

So far, nothing has matched those opening moments with Aperture Hand Lab, a demo that shows off what the new controllers can do. The premise is simple, but with the volume turned up to pitch-perfect levels of Portal absurdity: You’re a robot who’s being experimented on. You’ve got hands. The experiments involve your hands, and also, a whole bunch of ball-shaped talking robot “cores” of the type seen in Portal 2 and Valve’s previous VR demo collection The Lab.

This time, the cores have gigantic arm extensions that comically hang down from the ceiling. They, too, have hands. They ask you to do things like wave and high-five them while they babble about hands. If you succeed, they’re dropped into a bottomless abyss.

The writing is, as ever, hilarious, but what really grabbed me is that I had hands. Fully-functional hands. The Valve Index controllers, known as the “knuckles” controllers during development, track each individual finger on your hands. They’re a million times more ergonomically friendly than the controllers that came with Valve’s previous headset, Vive.

This is a game changer. Hands are the main means by which human beings interact with the world, but video games generally deprive us of direct tactile interaction, because that doesn’t translate well to traditional controllers. And while the Vive’s controllers were often used to simulate hands, they didn’t give you functional fingers, so they just felt like two big meaty cursors affixed to your character’s wrist stumps.

The Oculus Touch controller lets you point with your index finger, but you still have to hold the controller with the other three. The Index controllers, then, open up a whole new world of possibilities.

In Hand Lab, I was thrilled that I got a reaction to an unprompted middle finger, because I mean, who wouldn’t be? The best part, though, was when an especially chatty core asked me to shake his hand. The controller produced a rumble when our palms met, with directional buzzes making it feel like I was actually grasping and shaking somebody’s hand.

The core then told me that my first handshake wasn’t firm enough and that we had to shake hands again. I reached out and yanked his arm up and down like I was trying to wrench it out of its socket. To my surprise, it actually came out of its socket, and I waved it around above my head like a crazy person. The core screamed in shock. Then he got dropped into the abyss. I had a magnificent time. 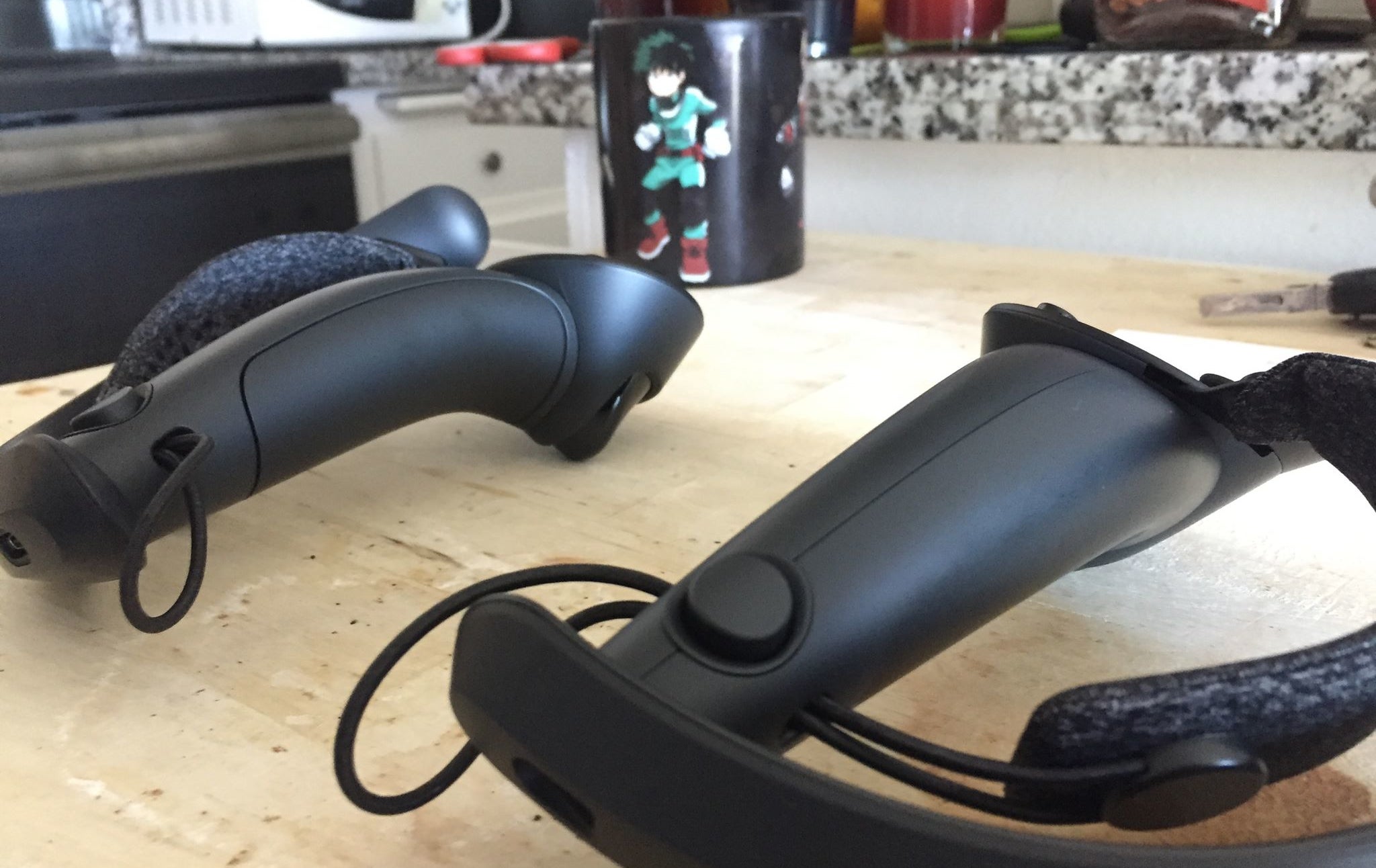 Unfortunately, I haven’t found any other games where the fact that you have god dang fingers actually matters. Some VR games, like absurdist comedy game Vacation Simulator, have released updates that let you wriggle those bad little sausage boys around, but nobody actually reacts.

As robots told me how to have an authentic human vacation, I found myself instinctively giving thumbs-ups to acknowledge that I understood their instructions. They continued on as though I’d done nothing at all. So then I flipped them off. Heartbreakingly, they did not react to that either.

Other elements of the Index are similarly top-notch but, so far, lacking in applications. The visuals are easily the best I’ve ever experienced in VR, but there are still noticeable jagged edges and other things that keep me from being fully transported to worlds beyond our comprehension that happen to exist in my living room.

I’ve actually been more impressed by the headset’s built-in sound system, which takes the form of speakers that sit next to your ears, but that are not headphones or earbuds. They don’t touch your ears at all, but the sound is crystal clear, and the directional elements are incredible.

When I was playing Hand Lab, it sounded like I was in a vast chamber with a ball robot hollering down at me. I asked my girlfriend, who was in the room at the time, if she could hear anything coming from the headset. I was certain there’d be some form of sound bleed. “Not at all,” she replied.

Speaking of the room, the Index is, like the Vive before it, a full-room experience, and setup is exactly the same—by which I mean a hassle. Oculus has moved to “inside-out” tracking, where your position is detected by hardware built into the headset, but Index still uses external headset-and-controller-detecting base stations, aka “lighthouses,” that you have to place on opposite corners of whatever room you’re in.

Then you’ve got to use a controller to trace an outline around the room—which needs to be clear of anything you could run into—until Steam’s VR software decides your space is big enough. Valve intends for this process to be relatively brief, but between shifting my living room furniture around (my apartment is not large), plugging everything in, and calibrating it all, it took me nearly an hour. 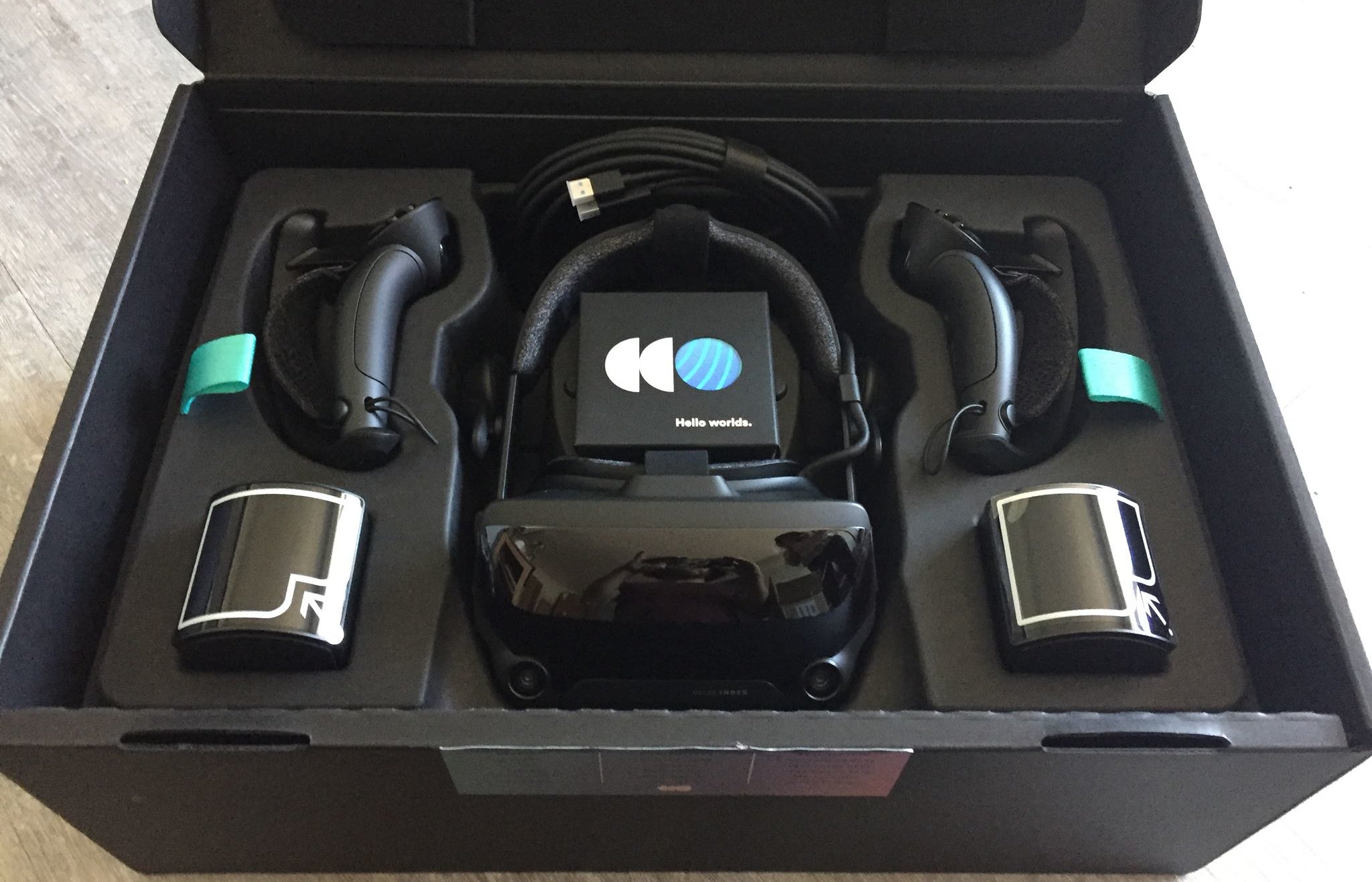 The headset itself also has to be plugged into your computer, and again as with the Vive, the cord is an eternal nuisance, trailing behind you and getting wrapped around your legs when you turn around.

Even after I got all of that sorted, I had to reposition the base stations so that they wouldn’t suddenly lose track of one of my hands, causing its in-game representation to float aimlessly off into the horizon. (When it did this, I waved farewell with my other, remaining hand.)

Elements of the Index feel like they come from the future. The visuals, the sound. The hands. But right now, applications of its full potential are basically non-existent, meaning those hands don’t have much in the way of legs.

Moreover, it’s hard to convince yourself you’re in the future when you keep nearly tripping over a cord that’s connected to the back of your head and one of your hands is trying to replicate the migratory pattern of a flock of geese.

I fear that Valve Index will suffer the same fate as my Vive: After a wow-inducing month or two, I’ll get tired of the setup process and other assorted hassles and rarely break it out anymore. In a world where more convenient (albeit lower-fidelity and less Holodeck-like) options like the $799, no-PC-required Oculus Quest exist, it’s hard to recommend the Index unless you’re a VR power user who wants the absolute toppest of top-of-the-line experiences.