We Debate The Best And Worst Super Smash Bros. Games 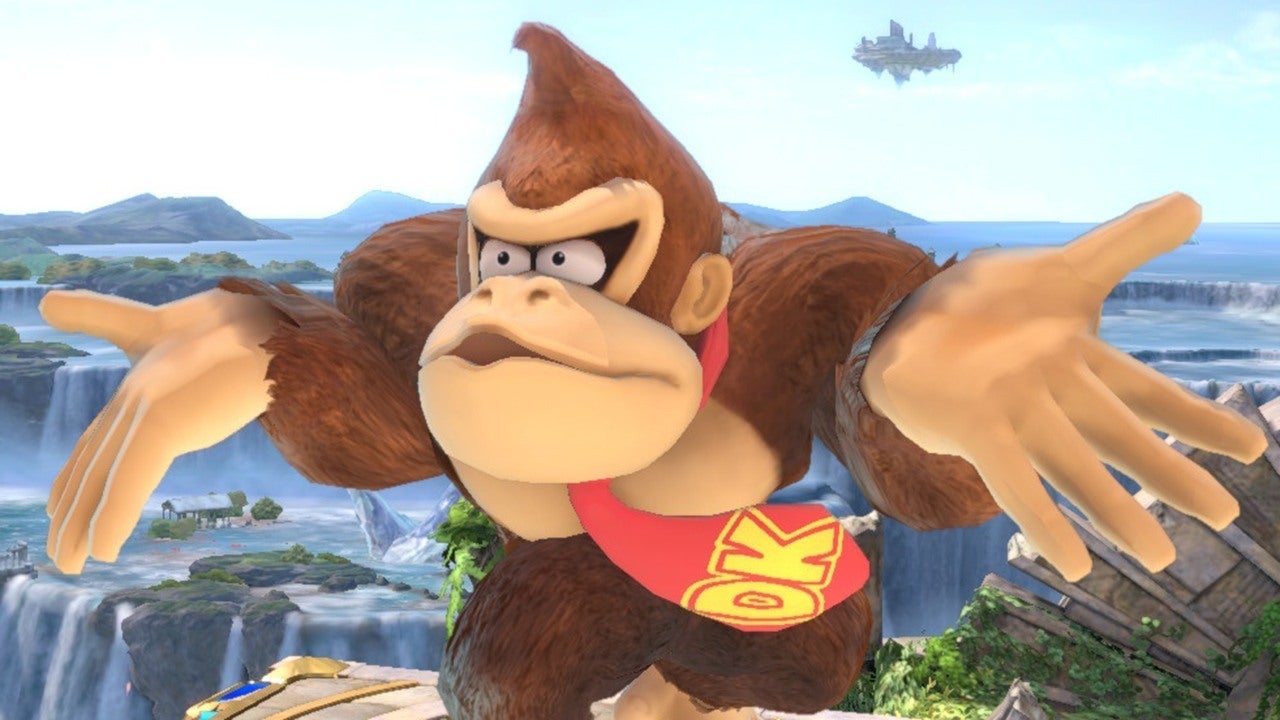 Among the greatest video game debates — should hard games lower their difficulties? What’s the best controller? — is one that can make even the most docile Nintendo fan into a belligerent shit: Which Super Smash Bros. games are the very best and the very worst?

In the Nintendo series’ 20-year run, Smash has had some major bumps in the road (tripping, anyone?) and some revelatory successes, like last year’s inclusion of Donkey Kong’s King K. Rool in Ultimate. For some people, each new Smash game is an improvement on a successful platform fighter formula. For others, Smash has been going downhill for 18 years. Kotaku gathered some of its biggest Smash Bros. blowhards for a riveting debate on the series’ greatest features and flubs.

Cecilia D’Anastasio: Super Smash Bros. has been around for 20 years and, at least in my opinion, it’s only getting better. I know of a couple of people who’d contest that opinion though, and have gathered them here for a Super Smash Bros. battle royale—but with less killing and more “Doriyaaaaahhhhhh”!!!!

Ian, tell me: What is the worst Smash game?

Cecilia: Are you serious.

Ian: OK, maybe not in terms of gameplay and mechanics and whatnot, but it’s like a dark cloud that hangs over the entire franchise. Coming from the fighting game community, Super Smash Bros. Melee is like that old penny that you can never seem to get rid of. People love that game to a degree that they become fanatical. Nothing else will do. “Do you play Melee?” carries the same dreadful emotions as “Do you read Sutter Cane?”

Ethan: I could certainly see the game’s legacy taking a hit with me personally if I was forced to go engage with the cult that is pro Melee. But free from the baggage other people hang on it, I think it’s clearly remained the best in the series.

Cecilia: Wow, we’re like two minutes into this and I already know readers are going to be pissed as fuck. Before we talk about why Ethan thinks Melee is the soundest mechanically, Ian, did you want to talk about what Melee fandom looks like from your vantage point?

Ian: Sure! Melee is almost like a cult. As a longtime fighting game player, part of me is in awe of the way they’ve remained relevant while numerous franchises have come and gone, but the sheer voracity with which they propagate through spaces and the game overshadows discourse can be concerning.

A perfect example is with this year’s Evo; the community certainly isn’t a monolith, but the overall feeling from Melee players is that Evo made a mistake [by not including Melee as a main stage tournament], despite the game’s numbers dropping year after year.

They immediately attacked the games that did make it — namely Samurai Shodown and Under Night In-Birth — instead of being happy that arguably smaller titles got the spotlight (SamSho has since gone on to sign more players at Evo 2019 than Melee did at Evo 2018). They want to sit on the throne of the fighting game community but won’t deign to walk among the commoners. And this isn’t just online randos, unfortunately.

Cecilia: I get that. I get both sides. I think it’s great how, er, passionate they are about the game. I mean, hell, the game’s competitive fandom has been kept alive for 18 years — through dragging heavy monitors across the country, buying expensive (and non-ergonomic) GameCube controllers, not having built-in online play. That’s cool. I respect that. I also respect what you’re saying about the impact that fandom has had on the fighting game community.

Ethan, do you think that, from a mechanical standpoint, Melee is the very best Smash game? Do you think it’s earned its fierce fandom?

Ethan: I can’t pretend to be an expert on hit boxes and recovery frames, but none of the other games in the series have ever felt as good to me in terms of movement speed and fighter weight. The interactions feel incredibly precise and tactile, making every duel feel like an anime without relying on shortcuts or automated animations.

Obviously there are a lot of other things to love Smash for, including rosters, stages, single-player mode, online, etc., but in terms of the moment-to-moment feel, which is the most important thing for me when it comes to a Smash game, nothing comes close to Melee, and it almost feels like Nintendo hasn’t bothered to go back to that well out of spite.

Cecilia: People love Smash for its single-player modes? Sorry, kidding. OK, I’ll throw in this wrench. I think Smash 64 is by far the worst Smash.

People always get so mad at me for saying that. All of the Smash Bros. games are my perfect beautiful children. But I just cannot stand 64. It’s like everyone’s fighting from within suits of armour. And it always felt that way to me.

Ethan: Can’t argue with that. I’m not sure it has any redeeming qualities at this point

Ian: I gotta go back to cultural significance here. Sure, it feels like crap if you wanna compare it to Melee (because of course), but Smash 64 started it all! It was such a big deal. Mario fighting Pikachu? It doesn’t get better than that.

Ethan: I’ll say this: challenger fights have all gotten worse since 64. Other than that, I struggle to see novelty propelling it past the bottom of the list. Unless we count Smash 3DS.

Cecilia: You mean the battles against computers that pick you up new fighters?

Ethan: Yes. Luigi didn’t fuck around back then.

Cecilia: The challenger fights were so fun in Smash Ultimate when they were mad hard. I loved that. Every time I lost, I’d pass the controller to my friend to give it a shot. It was hype.

Ian: Same, they actually felt meaningful in Ultimate. Especially because there were so many…

Cecilia: Yeah! And while we’re on the topic of things that make Ultimate the very best… Can we talk about how well-designed and unique new fighters like King K. Rool, Ridley and Piranha Plant are?!

Ian: Piranha Plant is my son. He is a good boy.

Cecilia: I just can’t get over how good a job Nintendo did with all the new fighters. And tweaking the old ones, too. Is Ultimate the best-balanced of all the Smash games, come to think of it?

Ethan: It certainly helps when nearly half your roster are mirrors.

Cecilia: Woah. Woah. Back up. Are you hating on Ultimate, the supreme incarnation of the best video game?

Ethan: Maybe it’s the best Smash, but if so, only by virtue of its competition being a game on Wii U or over a decade old. I think expectations have been set very low by this series over the past two console cycles.

Ethan: But it is certainly better than Smash 4 by virtue of being faster and having way more stuff.

Cecilia: It is not fair! Super Smash Bros. Brawl gets all this hate because it wasn’t as “fast” as Melee. You know what? It’s totally legitimate for a fighting game to rely more on mind games and strategy than superhero reflexes. Also, Smash 4 was a killer game. It wasn’t perfect and I didn’t like the way it was balanced by its end, but I had a ton of fun with it for four years.

Ethan: It introduced us to Snake firing remote-controlled missiles at Robotic Operating Buddy.

Cecilia: Are you a Subspace Emissary stan? (That was Brawl’s ill-fated fever dream of a single-player mode.)

Ian: Also Meta-Knight. In terms of sheer mechanics, Brawl is definitely the worst. While I don’t agree with the most self-hating Smash fans that Nintendo doesn’t appreciate them, tripping feels like a very intentional move by Sakurai to say, “Hey, maybe chill out a bit.” Not to mention Meta-Knight, who completely ruins the game both casually and competitively.

Very rarely does a game’s balance come into play when you’re just sitting at home with friends who don’t know a wave dash from a shield tilt, but Meta-Knight manages to hurt the game in both contexts. He’s just too damn strong (and that’s probably the only time you’ll hear me complain about a fighting game character being overpowered).

Ethan: You know what’s not Ultimate? Snake’s butt in Brawl.

Cecilia: I threw up a little in my mouth.

Ethan: Emissary was the seventh circle of hell, but it was probably the most brave Nintendo ever got with those useless modes.

Cecilia: That’s true. Ultimate’s single-player mode is pretty wack, unless you’re the kind of person who collects binders of stickers.

Ian: I’m generally not a single-player type person when it comes to fighting games, but I gave Ultimate’s a chance. It’s pretty bad.

Ethan: If, after collecting every spirit in the game, I could pay Nintendo $100 for them to send me a sticker book with all of them in it, then Ultimate would be the best Smash. Every time I see those new Spirit boards, a random treasured childhood memory exits my grey matter for good.

Ian: It does have a startlingly large amount of Content.

Ethan: A dedicated printer peripheral for Smash Ultimate is on my wish list of year two add-ons, alongside a battle royale mode and an online multiplayer mode where you can equip spirits.

Ian, if you were stuck on a desert island with only one Nintendo console and one Smash game, which would it be?

Ian: Oh jeez. Probably a Switch and Ultimate just because they stuffed so much in there. Plus, the training mode is nice enough that I can spend forever in there studying trajectories and whatnot. I still don’t quite understand Smash combos, such as they are, but I’m definitely a lab monster. The only game I played online was Brawl, and that was dismal, so I mainly stick with trying to learn character fundamentals.

Cecilia: I would also take Ultimate on the desert island, and yet, Smash is such an inherently social game built on local multiplayer, I’m not sure how fun it would be! Ethan, what would be on your wishlist for the ultimate Smash?

Ethan: It’s the year 2024. The Super Nintendo Switch has just been announced. Its launch lineup includes a game called Smash Anniversary, which in addition to including Smash Ultimate with all of the post-release content pre-installed, also comes with every other version of Smash, playable online. Also, friend codes are dead.