Why We Will Always Love The Humble Heroism Of Captain Picard

“It’s for the children… I’m a role model,” Jean-Luc Picard awkwardly jokes when a Starfleet Admiral hailing the Enterprise notices the rainbow-coloured “Captain Picard Day” banner in the background of their communique in “The Pegasus”. Twenty-four years after he first said it, it isn’t just the kids aboard the Enterprise he’s a role model to.

That seventh season episode of Star Trek: The Next Generation, first broadcast in 1994, has given the fandom an excuse to celebrate Captain Picard Day every June 16 — a rough approximation of the stardate the episode took place on — as a celebration for why we so dearly love Sir Patrick Stewart’s noble hero.

While it’s perfectly befitting that a humble man such as Picard would be irked by the “exaggerated impression” the kids aboard the Enterprise have of its Captain, the reason Picard Day endures for Star Trek fans is exactly that impression.

In the video above, we dive into why Jean-Luc embodies our greatest hopes for what Starfleet and Star Trek itself aspire to.

Each of Star Trek’s legendary leaders helps embody the franchise’s loftiest ideas — the devil-may-care swashbuckling heroics of Kirk, Sisko’s impassioned heart, Janeway’s wry smirk in the face of intellectual curiosity, Archer’s relatable humanity as he chased the ideals of the bigger universe thrust upon his people.

But the reason we love Picard so much is that he seemingly, almost impossibly, manages to encapsulate all those ideals in a single, enduring, indomitable man.

A scientist. An explorer. A diplomat. An ambassador. A patron of the arts, be they the classics or the pulpier stylings of Dixon Hill.

Picard is the embodiment of the society Starfleet’s utopia is built on, a man who champions the rights and freedoms of not just the people he captains aboard the Enterprise, but the countless worlds they meet along the way in their mission of peace and exploration.

Picard could know barely anything about your world, but the minute he saw an injustice, he’d be willing to lay down his life to correct it. 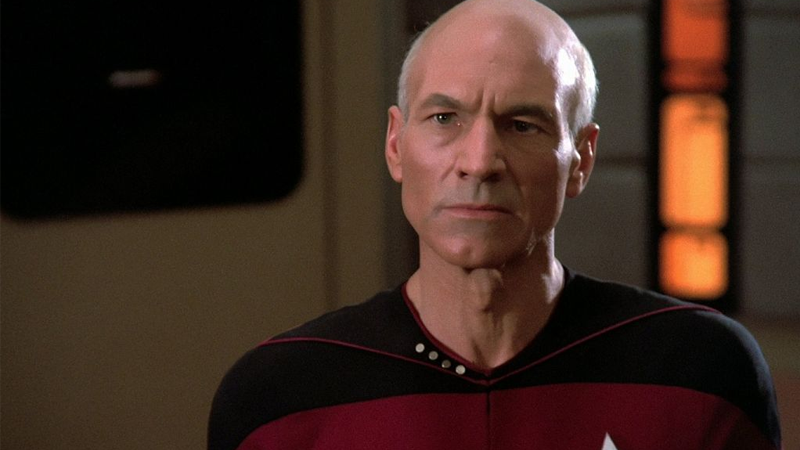 Even an austere look of consternation is made majestic by Picard. (Image: CBS)

The fact that he’s so humble about it all, even a little embarrassed as he is in “The Pegasus”, is part of the charm. Because to Captain Picard, everything he does is just what any good person should do, not the action of a lofty hero or role model. It’s just… the right thing. There is an earnestness in that humble nature that just amplifies what we’ve always loved about him.

The fact that he does so with words and a steadfast belief in the truth of his ideals (and only very occasionally with a full complement of the Enterprise’s photon torpedoes) is another part of what makes Picard stand out among his fellow Trek captains.

There is a reason that so many of our favourite moments to recall of Picard’s tenure in The Next Generation aren’t moments of action-packed drama or arse-kicking space-antics — even if he did get a badarse ship manoeuvre named after him — but the stirring speeches, the passionate moments where the weight of Picard’s words carry the day.

Who doesn’t get chills when he defends Data’s right to exist in “The Measure of a Man?” Who doesn’t tear up when, near broken, he defies terrifying Cardassian torture in “Chain of Command” with that famous cry that there are, and always were, four lights?

But underneath that eloquence, there always remained a deeply emotive man. In “The Inner Light”, we watched him live an entire lifetime, something no one else could ever understand, then have to pick himself up and carry on as the Enterprise’s captain. This speaks to the compassionate man that lay beneath his austere surface.

Picard’s deeds across the seven seasons of The Next Generation and its movie follow-ups are important, but we remember his words above all, wisdom that guides us to strive for the ideals they represent.

A line is drawn, and cross. (Image: Paramount)

Even though he’s much more of a diplomat than an action hero, the times we do remember him for his physical badarsery — such as his rallying cry of “The line must be drawn here!” in First Contact — are burned in our minds for how alien they are compared to the things we otherwise remember.

And because Picard himself ultimately realises that too in these moments, our image of him as this idealistic legend grows, those lofty aims forged ever stronger by the moments he temporarily wavers.

It is these attributes that make Picard one of Star Trek’s most enduring icons, even among the legendary heroes that have lead each series to boldly go where no one has gone before.

They are the attributes that we know he will momentarily waver from once again in his upcoming solo series, which is what makes that show such an inherently intriguing idea in the first place.

The very thought of a man like Picard faltering from his noblest characteristics is frightening, because of the weight of expectation we have put on him as we’ve seen him champion those characteristics, time and time again, in the face of the gravest threats.

But in the weight of that expectation — and within that new TV show — there lies hope. Because deep down, no matter what causes Jean-Luc Picard to waver, we know he’ll come back to the ideals we have loved him for, for all these years.

Because that’s what he does. Because it’s the right thing, and just what anyone would do. 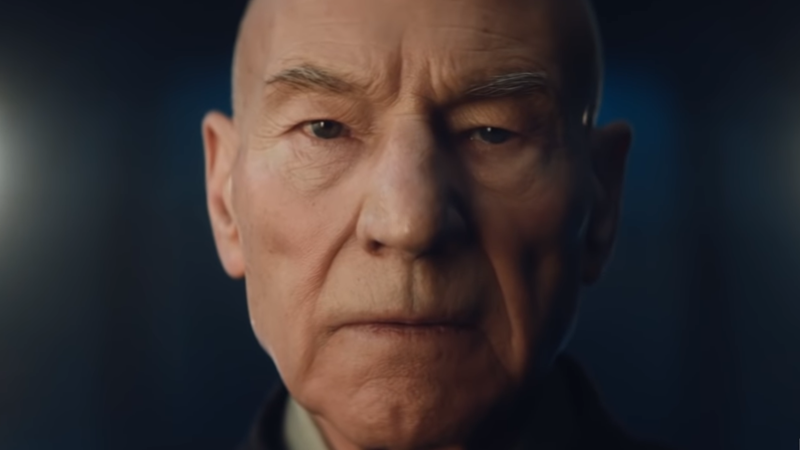 What new traumas hide behind those wise eyes? (Image: CBS)

Happy belated Captain Picard Day, Jean-Luc, this year and every year. You might not think you’ve earned all the fuss, but you really have.