Wolfenstein: Youngblood’s Microtransactions Aren’t Even Worth Getting Mad At

Wolfenstein: Youngblood is a video game with microtransactions, which is another way of saying that there are some who will object to its existence out of principle. Some became so angry about microtransactions in the new game that they harassed one of its lead level designers, Mitja Roskaric, on Twitter, causing him to have to lock his account.

In response, developers across the industry tweeted out messages of support that also noted the ridiculousness of the situation, since level designers have almost no input in how games are monetized. Beyond that, the microtransactions in Youngblood aren’t even that obtrusive.

Instead, they were clever throwbacks with ridiculous guns, secret-filled levels, and kitschy-yet-difficult boss fights.

Prior to Youngblood, MachineGames’ output had also resisted a number of controversial ideas, like microtransactions and live-service games, that are currently en vogue in big-budget development. Given Wolfenstein’s direct lineage to id Software, the oldest of schools, these games felt like a rallying point for fans of a certain stripe, one that now seems to have been lost.

But the anger directed towards developers like Roskaric isn’t just woefully mistargeted — it’s overblown. Youngblood has what are perhaps the least intrusive microtransactions I’ve seen in some time.

There are 2 currencies in Youngblood: silver coins, which you find through gameplay, and gold bars, which you purchase with real money. Having played 8 hours of Wolfenstein: Youngblood — which breaks down to 57 per cent of the story and 14 per cent of the side quests — I have not once encountered even a tutorial for how to acquire gold bars.

Everything you can buy with silver coins is reasonably priced. Every level is littered with crates full of the coins and full of bonus objectives that will earn you more. You use them to upgrade weapons, acquire cosmetic skins for weapons and armour, and purchase boosters for in-game buffs. 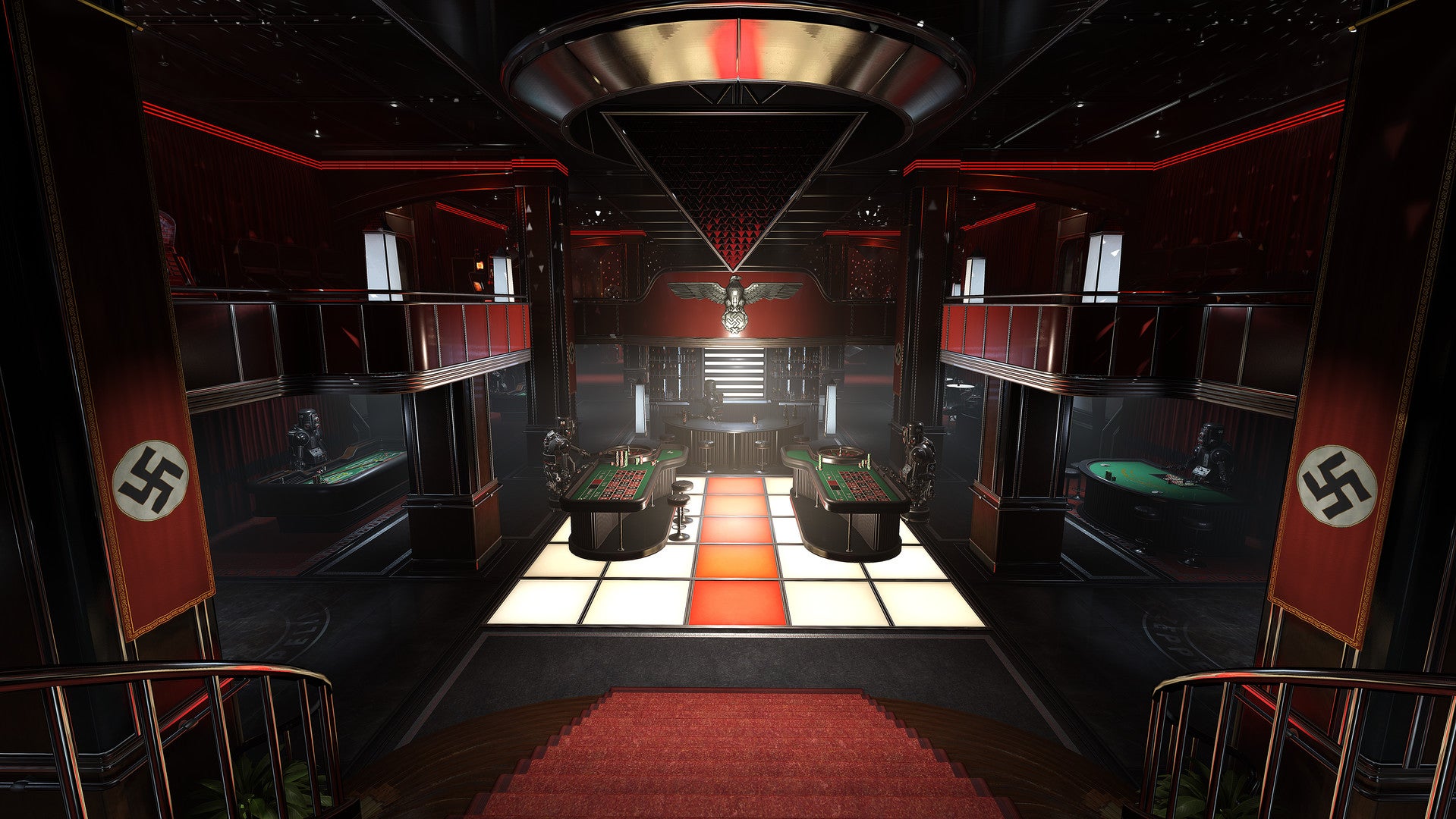 You do not gain any gameplay benefits from microtransactions, just new cosmetic skins. (When the game launched, you could purchase ammo, armour and health boosters with gold, but that was patched out in a day-one update. If anyone is telling you otherwise, they’re working with outdated information.)

The clockwork furor over microtransactions ignores the reality of video games in 2019, an industry that is insanely profitable but equally unsustainable, addicted to the long-tail revenue streams that microtransactions provide.

Are they a net good? No. But cars still run on gasoline, even as they kill the planet. That’s not to suggest we should be ambivalent about any and all microtransactions, but there are better, more exploitative targets, and it feels counterproductive to single out a game that barely tells you it even has microtransactions.

The more specific purist disappointment in Wolfenstein: Youngblood also ignores what Youngblood actually is: Not a full-bore sequel to The New Order and The New Colossus, but something new for the series—a cooperative game, one designed from top to bottom for that feature.

Maybe, if there is a proper third entry in MachineGames’ Wolfenstein saga, it will also incorporate these changes. Maybe it will revert back to the style of game we saw before. For now? Youngblood is a deliberate break from the games that came before it, and not all of its changes are going to land.

Regardless, it is never appropriate to harass developers for something that you might not like about a game, no matter how legitimate your grievance may seem. There are all manner of internet forums and comment sections for voicing your opinion respectfully, and if you don’t want to buy games that implement any microtransactions, no matter how unobtrusive, that’s a valid course of action too. Sometimes these things turn out ok. Other times, they do not.