Xenoblade Developer Once Pitched An EarthBound Sequel For GameCube

The EarthBound, or Mother, series took a lengthy hiatus between the releases of Mother 2 and 3, but that didn’t mean Nintendo wasn’t interested in keeping the series going. In fact, at one point, the developer that would eventually create Xenoblade was asked to pitch Nintendo on a sequel to the beloved role-playing game series for GameCube, and created some adorable craft-style concept art for it.

Those images, created in 2003, were shared yesterday on Twitter by artist and developer Yasuyuki Honne, who had worked as a designer at Square during the 90s where he contributed to a number of now classic games like Chrono Trigger and Xenogears. He left with other Square developers to form Monolith Soft in 1999.

Yesterday, inspired by the recent news about an upcoming book collecting interviews with the late Nintendo president Satoru Iwata, the designer recalled the time when he first met Iwata and EarthBound director Shigesato Itoi at the offices of Namco, which owned Monolith, in 2003. At the time, Honne was directing the GameCube role-playing game Baten Kaitos, and according to him, Nintendo was toying with the idea of a new EarthBound game.

“With pleasure I did up some visuals and went to Aoyama,” the location of the office, Honne said, according to a translation of his tweets by Kotaku. “Iwata-san was there as well.” Honne showed the two men his concept art, which used felt and cloth to update the game’s simple graphics into something more befitting of the GameCube but still nostalgic and unique. “Itoi-san didn’t seem enthusiastic,” he said. “I thought, ‘that’s strange,’ and kept the conversation going, until Itoi-san suspected something.” 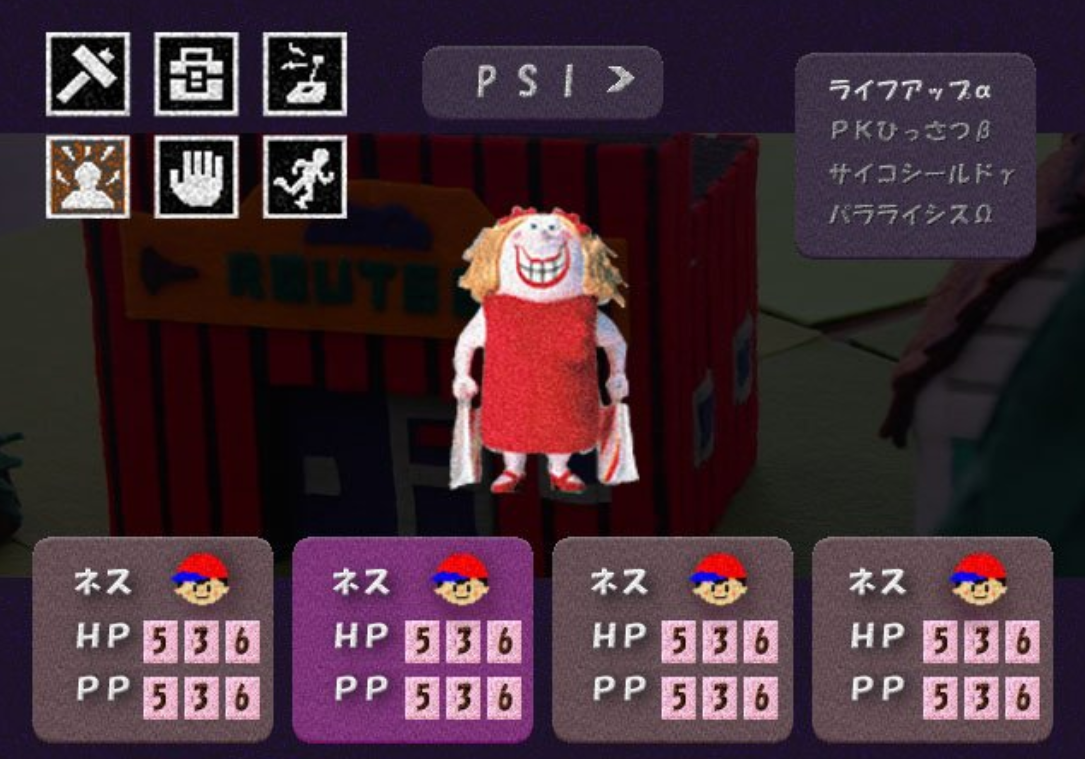 Iwata, playing matchmaker, had apparently set up the meeting without Itoi knowing he was about to be pitched on a sequel.

Honne went on: “Itoi-san: ‘Iwata-kun, you arranged this, didn’t you?’ Everyone went dead silent. Iwata-san made an ‘uh-oh’ face. Eventually the conversation was able to proceed. Itoi-san even seemed interested in the images of 1980s America I was able to evoke in the felt-like art I’d made. I never would have thought these pictures would appear in public. My 2003 summer memories.”

While the game industry has no end of stories about games that might have been, the two pieces of concept art Honne shared on Twitter make this hypothetical especially heartwrenching. The “felt-like” look of the characters and the rest of the world’s tactile aesthetic are remenscient both of the clay-looking character sculptures originally used to promote Earthbound and Nintendo’s recent turn towards textile-inspired design with Kirby’s Epic Yarn and Yoshi’s Wooly World.

EarthBound originally came out in Japan in 1994, where it was called Mother 2. While Nintendo did eventually make a sequel in 2006 called Mother 3, it was released for the Game Boy Advance rather than the GameCube, and to this day has never been officially released for audiences outside of Japan.

We’ll never know if the potential collaboration would have yielded another cult classic or a dud, but with only three games in the Mother series and nothing new in over a decade, I would have been content either way.