If there’s not a fancy, over-tuned car in your driveway, there’s a good chance there’s a fancy, over-tuned gaming PC sitting on your desk. The beige PC boxes of the ‘80s are long gone, now replaced with cases adorned with blinking lights, LCD screens, and exotic shapes – including one now shaped like the ultimate power that once wreaked havoc a long time ago in a galaxy far, far away.

CherryTree’s Death Star PC is an officially licensed Star Wars product so if you pre-order one today, there’s no risk of Lucasfilm getting litigious and shutting this one down before your fancy PC case arrives sometime in late November — Vader’s already given it his thumbs up. 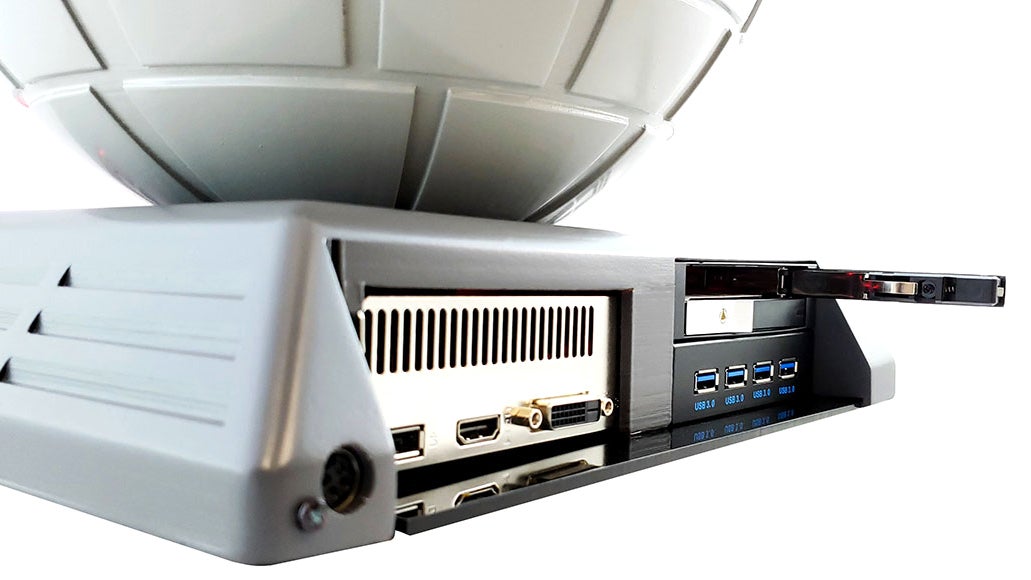 The current pictures of the case on CherryTree’s website are still just the original prototype, so there might be some design and feature changes between now and when this miniaturised space station is fully operational and shippable. But as it stands, the case will support Mini-ITX motherboards, USB ports in the front and back, two quick-swap drive bays, and even a liquid cooling system given the unique design of the case and the limits said design creates for cooling its various components.

CherryTree also warns that given the peculiar shape of the case — basically a big sphere — it can be challenging to assemble and swap out parts, so if you haven’t built your own PC before, don’t make this one your first.

$US649 ($926) gets you the empty shell which is available for pre-order right now — it even ships to Australia! But for the full-Death Star effect, you’ll want to cough up another $US199 ($284) which adds a pico projector upgrade to the center of the space station’s main dish where its superlaser was found in the Star Wars movies. You’re probably not going to want to rely on the projector as your main monitor, however, as it will undoubtedly be lacking in resolution.

But it should work just fine for watching your favourite episode of Star Trek.