With a wide variety of animated movies and TV series accessible around the clock, it’s easy for viewers to fall into the bottomless pit of nostalgia that is streaming classic cartoons.

While Hulu, whose selection includes the likes of Rugrats, Dexter’s Lab, and Dragon Ball, is undoubtedly the current champion of throwback cartoon streaming, they’re not the only service pandering to children of the ‘90s and early ‘00s. Just this past month Netflix oversaw the release of two exclusive Nickelodeon specials centered around a pair of cult classic toons — Rocko’s Modern Life and Invader Zim. These weren’t full series reboots or revivals, but rather brief reunions for die-hard fans.

After watching (and thoroughly enjoying) both Nickelodeon specials I began to wonder what other animated programs might be worth revisiting, if only for a short while. Some shows end on such a strong note that you’d never want to bring them back, but many were cancelled or brought to a close with plenty of questions unanswered and jokes untold

. With that in mind, here are seven quality cartoons from the past that deserve a chance to shine once more. 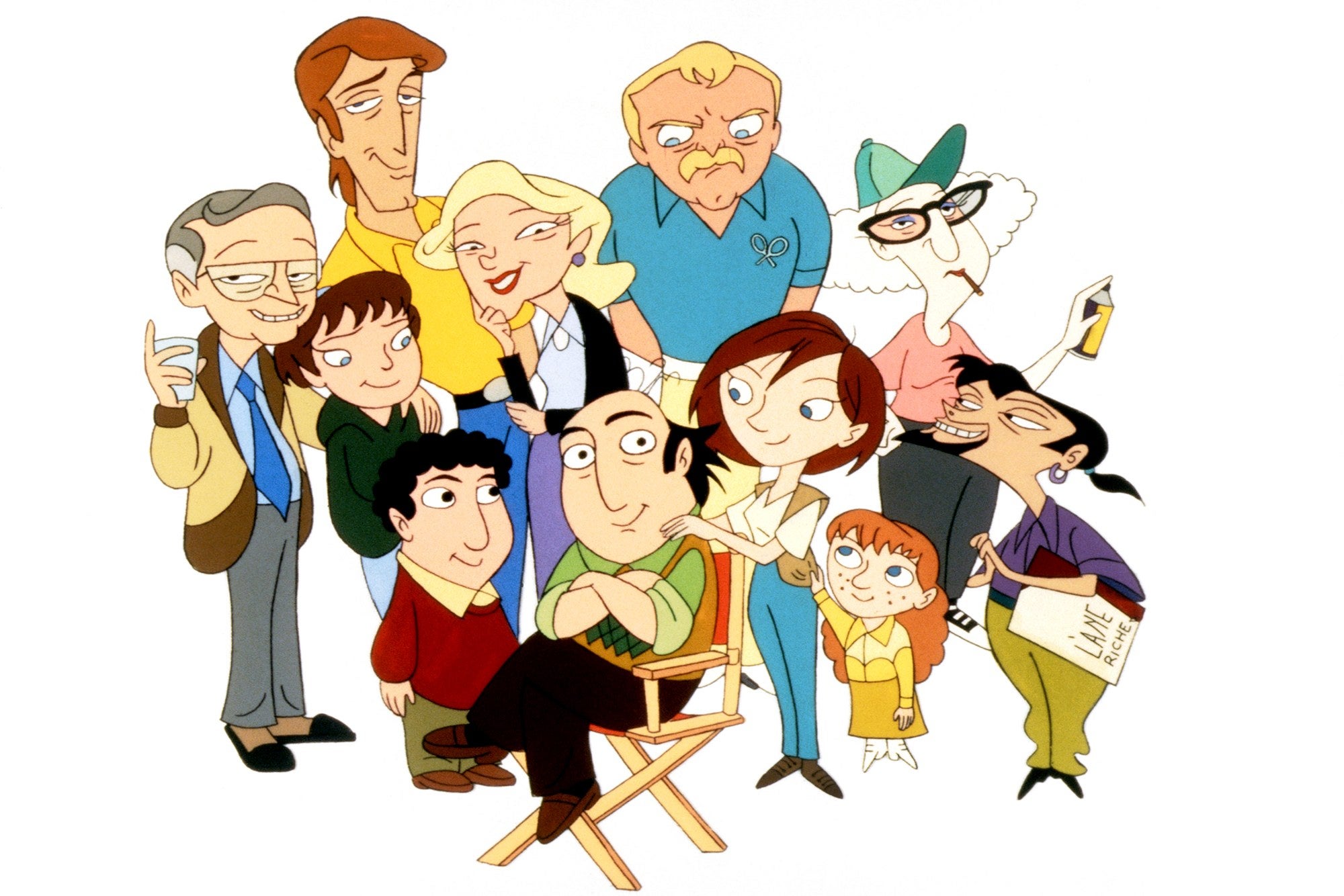 There’s a chance viewers have seen The Critic’s snarky Jay Sherman before. Sadly, it likely wasn’t in his own show. The Critic was the brainchild of duo Al Jean and Mike Reiss, best known for their work as writers and show-runners on The Simpsons. And that’s where you’ve likely seen Jay Sherman.

In the eighteenth episode of season six the Simpsons are visited by the esteemed movie critic (voiced by Jon Lovits), who helps Homer and Marge judge a local film festival. At the time The Critic was wrapping up its second, and ultimately last, season on Fox. The show, which began on ABC in 1994, initially received mixed reviews from real critics, but improved substantially over time, winning over audiences with its clever writing and abstract humour.

The Critic was revived for a “third season” in 2000 as a Flash-animated web series, but the episodes looked terrible compared to the original and only ran for a few minutes a piece. Arguably the best part of the show’s original run was its constant mockery of hit movies and the elitist Hollywood lifestyle. It would be wonderful to see The Critic lampoon modern blockbusters and celebrities, and lord knows there’s plenty of material from the past 25 years to work with. 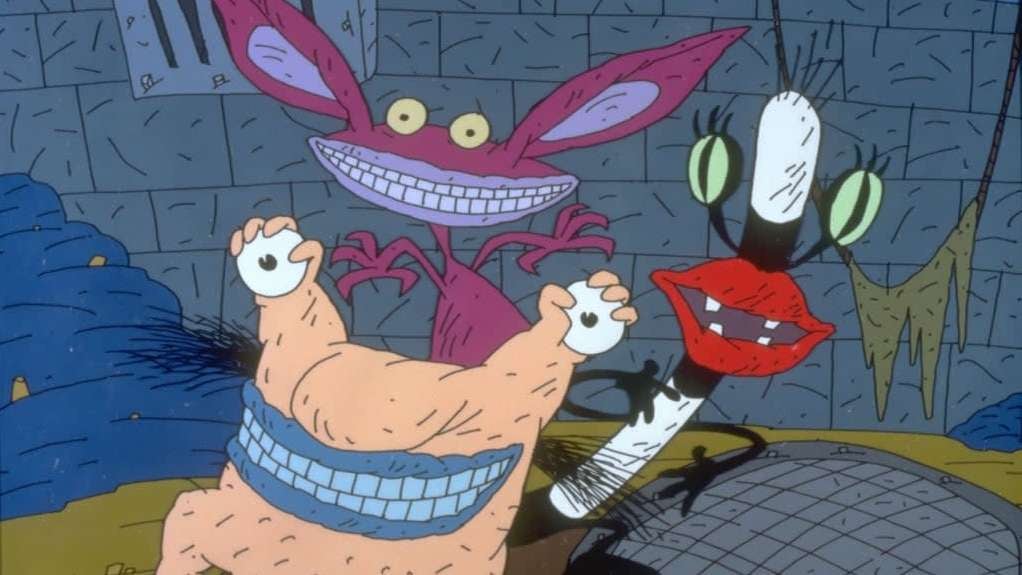 When Aaahh!!! Real Monsters premiered in 1994, Nickelodeon was still in its infancy. Having found success with Rugrats, the executives at Nick reached out to the show’s studio, Klasky Csupo, to see if they could begin work on a new cartoon for the network. The result was Aaahh!!! Real Monsters — a dark and grungy look at the secretive world of scaring that kept Klasky Csupo’s iconic lumpy art style.

Real Monsters’ silly and occasionally horrifying monster cast, including main characters Ickis, Krumm, and Oblina, resided in a dump outside New York City, where they studied the newest scare techniques. The show wasn’t quite the hit that Rugrats was, but it still managed to stick around for four seasons and over 50 episodes.

Much like Netflix’s Rocko’s Modern Life: Static Cling, an Aaahh!!! Real Monsters special would benefit from pushing its characters into current times. The biggest faux paw a monster could make in the original series was being seen or recorded by a human outside of their scaring assignments, a task that would be much more complicated with the influx of cell phones, drones, and security cameras over the past two decades. Could the monsters survive in a society where everyone is watching? We may never know. 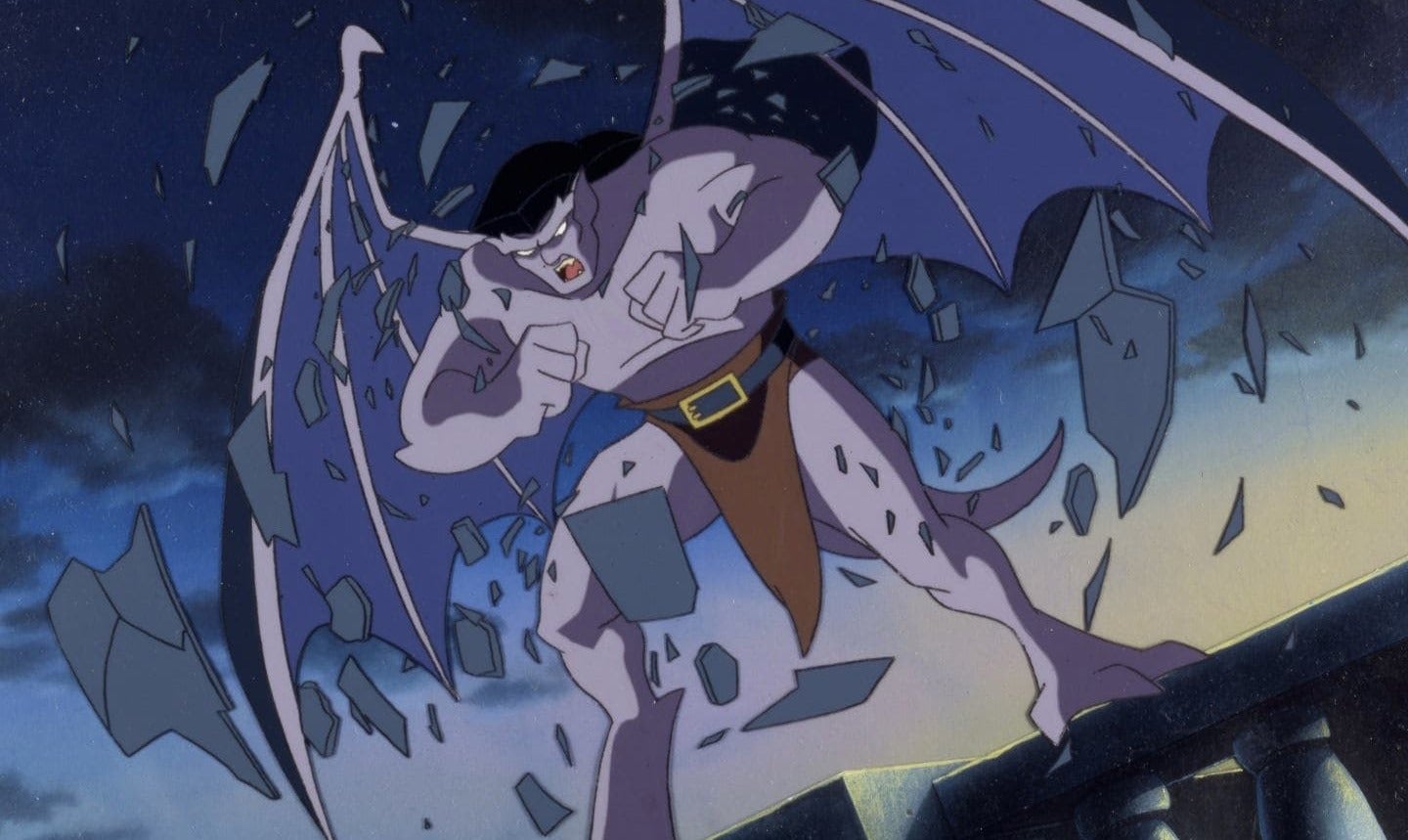 Twenty five years ago, superstition and the sword ruled. It was a time of darkness. It was a world of fear. It was the age… of an underrated children’s show known as Gargoyles. Disney’s uncharacteristically dark take on cursed architecture saw a clan of ancient heroes adjusting to modern day New York City and defending their new home from both scheming humans villains and supernatural threats.

Of course, the titular Gargoyles could only come out at night, adding to the shows dramatic tone, and drawing many comparisons to the critically acclaimed Batman: The Animated Series.

Though children of the ‘90s may recall a VHS with the title Gargoyles the Movie: The Heroes Awaken, that lovely cash-in was simply the first five episodes of the series edited together. Not that it wasn’t a solid straight to video flick. With a strong cult following, it wouldn’t be too much of stretch for Disney to produce a Gargoyles special for their new streaming service.

Rumour has it modern master of comedy and horror Jordan Peele has even been pushing for a live-action series reboot in recent times. Be it cartoon special or live-action revival, Gargoyles fans would likely get behind any project that would let their show “live again.” 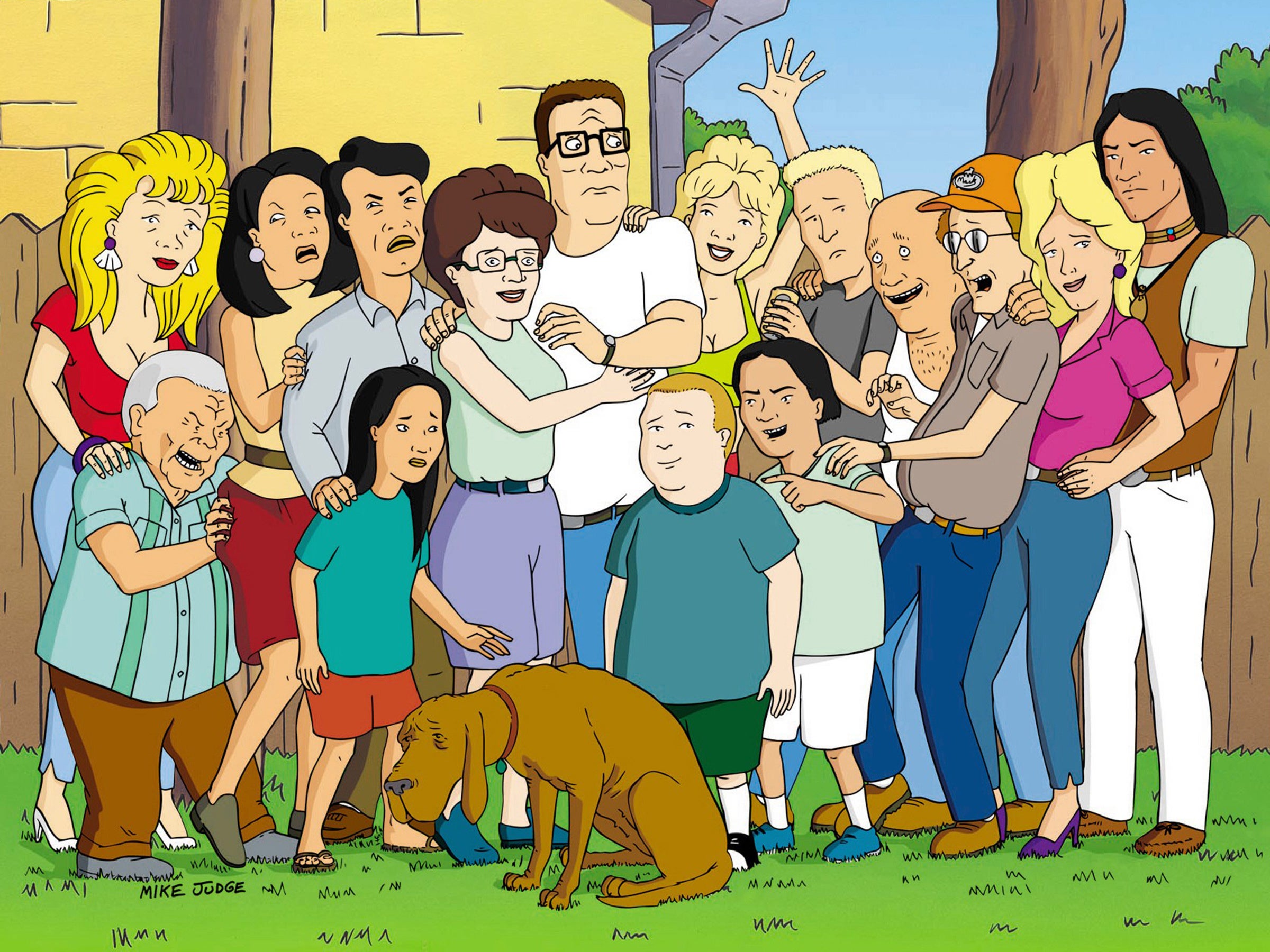 With 13 seasons under its belt, you wouldn’t think viewers would need any more King of the Hill then they already have… but you’d be wrong. Once Mike Judge’s animated sitcom found its legs, it rarely stumbled, and the show has only found more fans since its cancellation in 2010. The often unremarkable adventures of proud Texan Hank Hill and his wacky cast of family and friends is a far cry from the over-the-top antics of hits like Family Guy and Ricky and Morty, but that’s what makes King of the Hill so charming.

Though its characters never aged, King of the Hill’s writers did a decent job of working in more modern themes and issues as the show progressed. It would be interesting to see a King of the Hill special tackle some of today’s hottest topics with its signature subdued flair.

Have Bobby campaigning for Bernie Sanders because he looks like a video game wizard. Give Dale a swarm of drones to control. Let Bill meet women by pretending to be Boomhauer on Tinder.

Due to the tragic deaths of both Brittany Murphy and Tom Petty (who voiced couple Luanne and Lucky), the cast wouldn’t be complete, but a special could also be a great send off for those beloved characters. It’s worthwhile idea, I tell you hwhat. 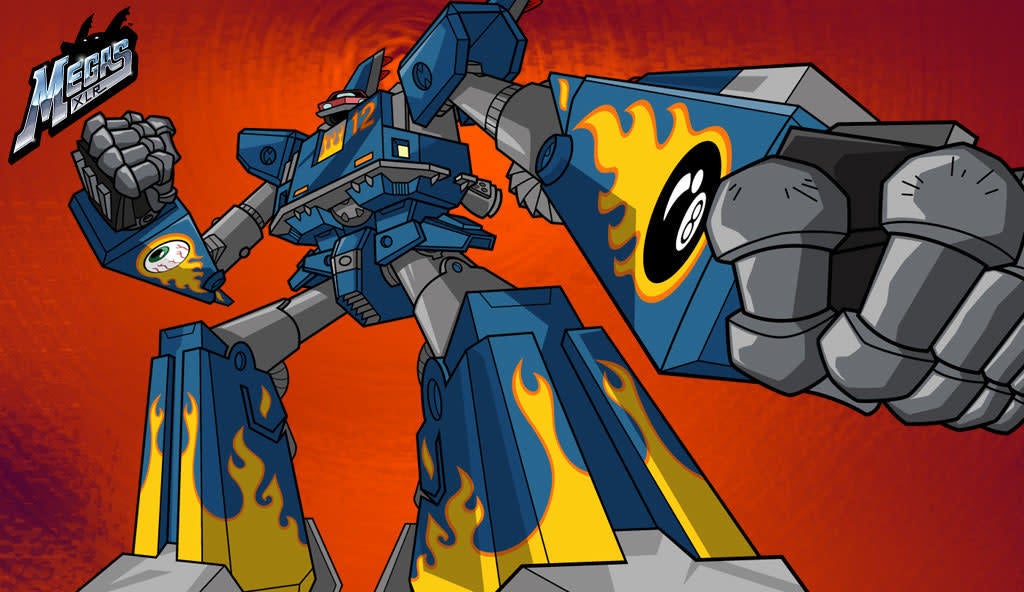 Megas XLR’s premise surrounding a pair of everyday slackers who discover and pilot a giant mecha from the future (via a muscle car) is essentially the fever dream of every kid who grew up on anime and video games. It should come as no surprise that those two hobbies were exactly what inspired Jody Schaeffer and George Krstic to produce the original Megas XLR pilot for Cartoon Network in 2002.

Though the plot sounds silly (and it is), the backstory of the alien-crafted Megas (or Mechanised Earth Guard Attack System) being stolen by the Earth resistance in 3037 and then lost through time is a legitimately well-written sci-fi story. Not to mention the action is a wonderful mix of American wrestling and classic anime mecha weaponry.

Though the two-part series finale of Megas XLR gave fans some wild battles and an alternate dimension plot twist, it also left the storyline wide open for more goofy adventures. Maybe someday the higher ups at Cartoon Network will comes to their senses and bring the show back to life in some capacity. They’d be silly not to, because as the catchy Megas XLR theme song suggests — all of us dig giant robots. 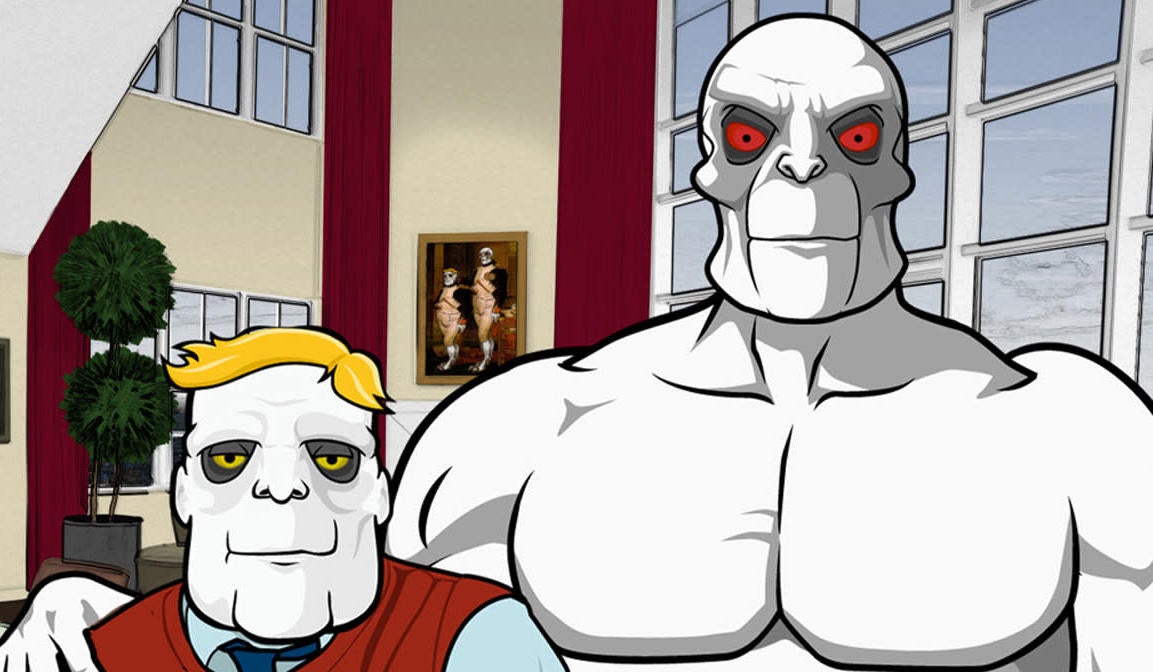 Frisky Dingo is easily the most obscure pick on this list, but the outlandish superhero comedy is one of the most delightfully absurd Adult Swim series ever produced. Brought to life by Archer creator Adam Reed and long time collaborator Matt Thompson, Frisky Dingo is the tale of freakish super villain Killface (voiced by Reed) and his constant run-ins with moronic superhero Awesome X (also voiced by Reed). With a unrelenting barrage of one-liners, running gags, and intertwining character storylines, Frisky Dingo is undoubtedly a show that needs to be seen to be understood and appreciated. You can certainly see the influence the show’s humour and art style had on Archer.

Since the series ended on a bit of a cliffhanger regarding the fate of both Killface and Awesome X, it would be great to see how the next chapter of the Frisky Dingo story played out. Heck, I’d settle for a “special” that was merely all 20 episodes cut together into one epic tale of super villains and stupidity. Odds seems pretty low, what with Reed and Thompson still hard at work on Archer, but a man can dream. 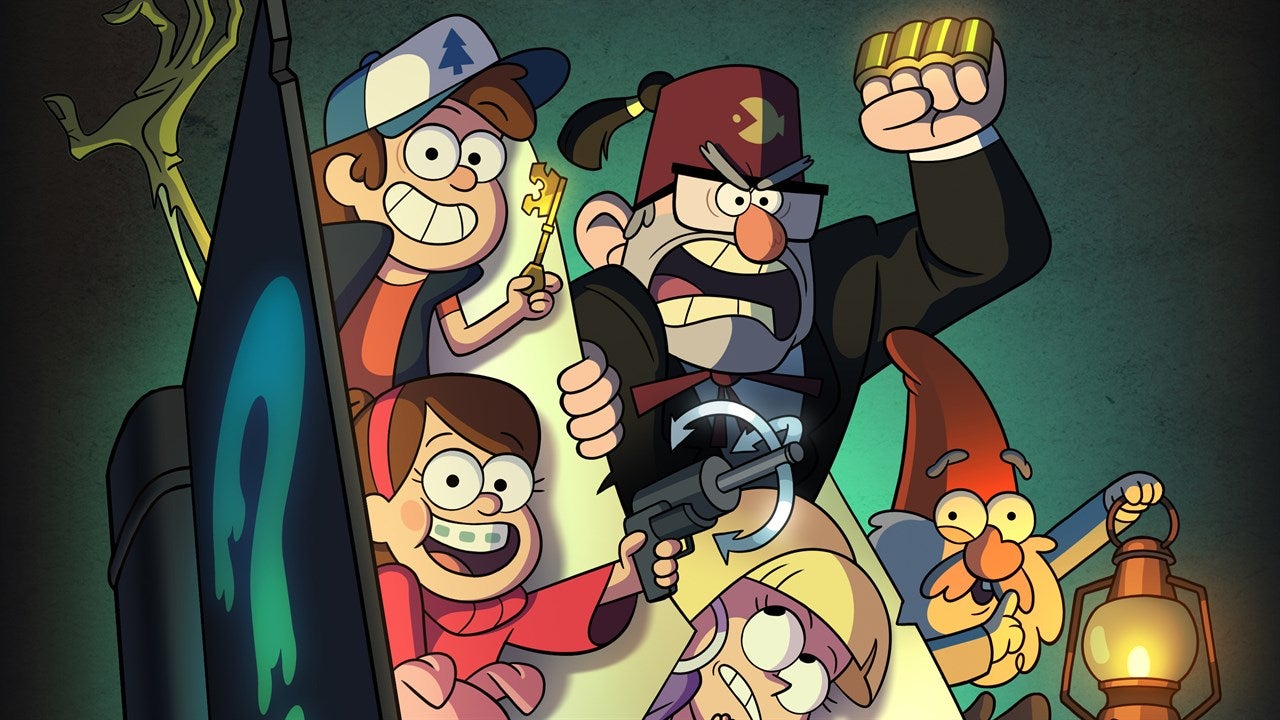 I’m morally obligated to bring up Gravity Falls every time Kotaku allows me to write about cartoons — it’s just that fantastic. The series has only been off the air for three years, but it seems like its popularity is permanently on the rise.

Each episode follows twins Dipper and Mabel Pines as they spend the summer with their Grunkle Stan in the peculiar town of Gravity Falls, Oregon. After run-ins with the likes of gnomes, unicorns, and something called “the time baby,” the siblings being to discover why their summer home is such a hotbed for paranormal happenings.

While the adventures of the Pines family came to a satisfying end with Gravity Falls’ three-part Weirdmageddon finale, there’s definitely some tales left to be told about the mysterious Oregon town. Case in point, the bestselling Gravity Falls: Lost Legends, a graphic novel published in the Summer of 2018 featuring four new zany stories.

It’d sure be swell to catch up with the Pines or even follow some new friends around Gravity Falls for a bit in a new animated special. Just don’t hassle creator Alex Hirsch about when the series is coming back. That poor man has gone out of his way time and again to engage with fans and keep the spirit of Gravity Falls alive.

There are certainly plenty of other cartoon classics that could do with a shiny new TV special. Feel free to shout out your picks in the comments below.