It takes a village to create a world. A new behind-the-scenes video takes a look at the voice actors, writers and puppeteers working to bring The Dark Crystal: Age of Resistance to life — as well as reflect on coming back to an iconic fantasy story after almost 40 years, and how to make it shine.

Netflix has released a new look at the making of Age of Resistance, talking with stars Taron Egerton, Natalie Dormer, Jason Isaacs and more about what it was like being part of Jim Henson’s fantasy saga, and how the prequel expands the world established in the original 1982 film.

The video also looks into the story set up in the prequel, set during the reign of the Skeksis. In the series, a Gelfling named Rian (Egerton) learns a dangerous secret about their rulers, and together the Gelfling have to find the courage to rise up against the Skeksis to defend themselves and save Thra. It’s hard to find hope in success, considering we know they’ll eventually be almost entirely wiped out. But hope can always be found… even in the scariest adversity. Director Louis Letterier on the set of Age of Resistance. Fitting an outfit and wig for a Gelfling. The Chamberlain, voiced by Simon Pegg. 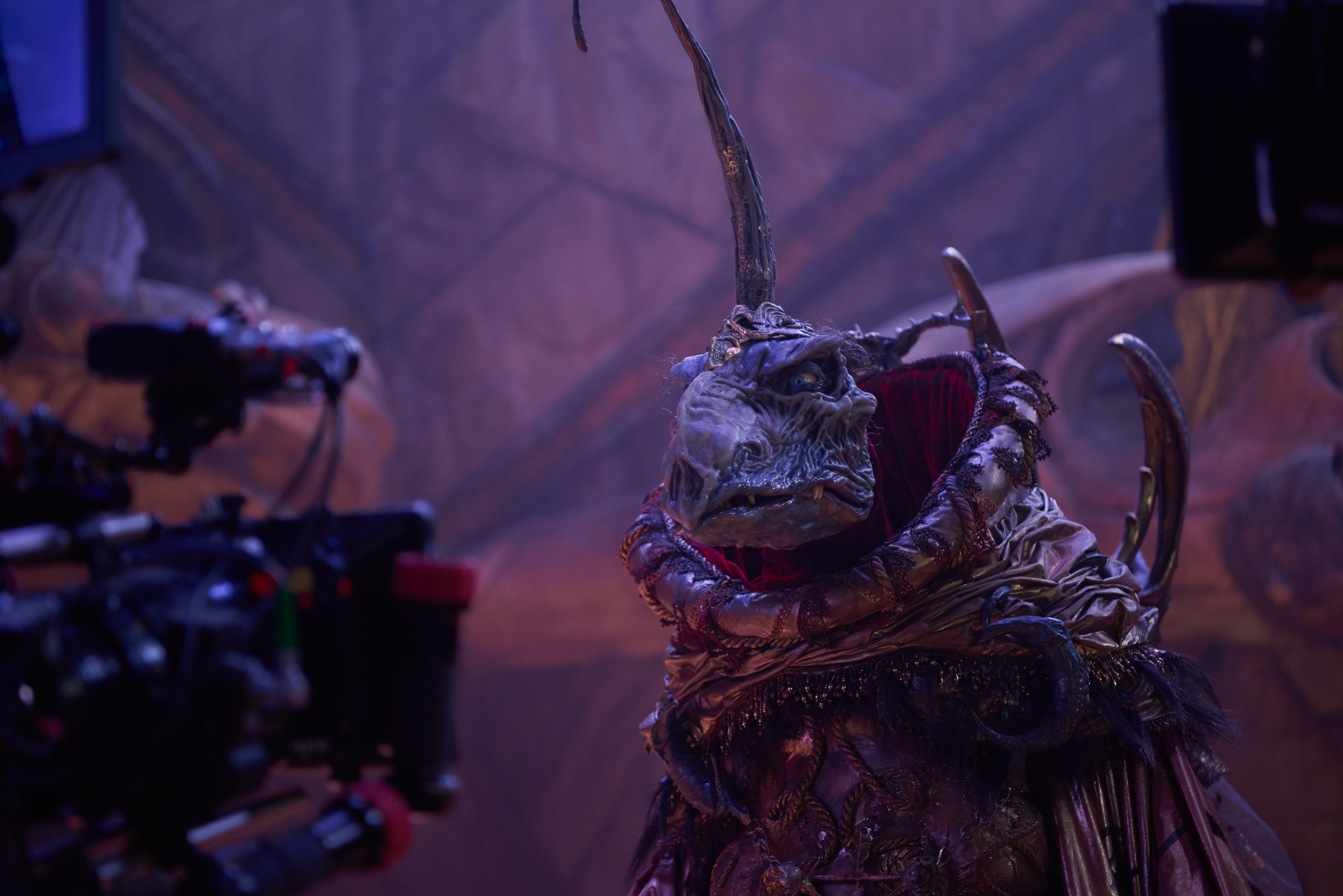 Filming a scene from The Dark Crystal: Age of Resistance.

The Dark Crystal: Age of Resistance debuts with a 10-episode season on August 30.