Alienware Made The World’s First 55-inch OLED Gaming Monitor, And It Looks Sick 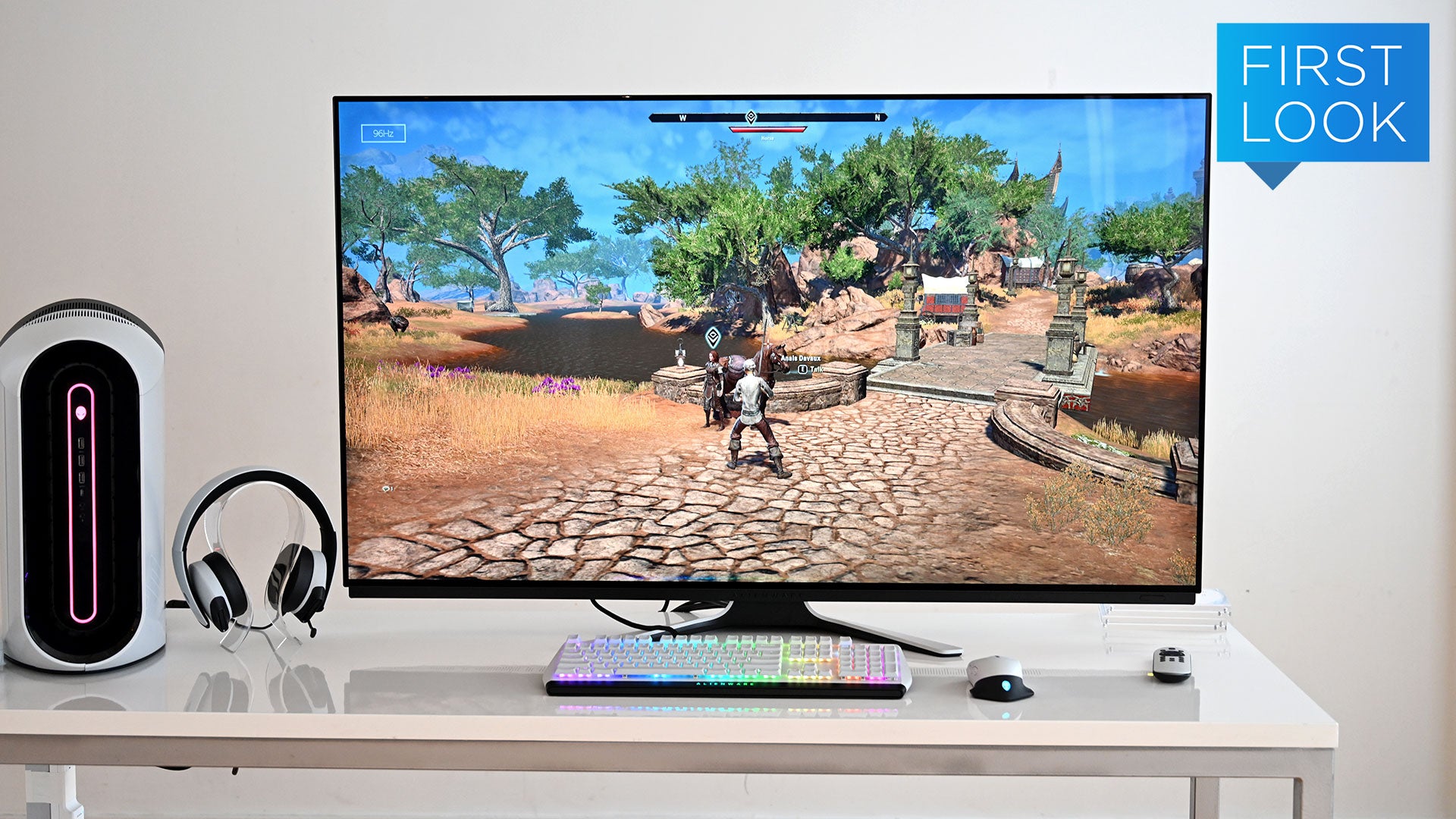 There are a lot of big and fancy gaming monitors on the market, but Alienware’s newest high-end display is something else. Not only is this thing eye-meltingly gorgeous, Alienware says its new monitor is the first 55-inch OLED gaming monitor in the world.

From the moment I first laid my eyes on the Alienware 55 OLED Gaming Monitor (which really is the display’s official, but somewhat boring name), I was sort of awestruck. That’s because while OLED screens have become commonplace on premium smartphones and high-ends TVs, OLED computer monitors (particularly ones this size) remain extremely rare.

More recently, Nvidia has been trying to expand the definition of what a gaming monitor is with its BFGD (Big Format Gaming Displays) initiative, which looks to equip massive 65-inch screens with the same techy features normally found on smaller desktop monitors. But so far, every BFGD has based around an LCD panel, not OLED. 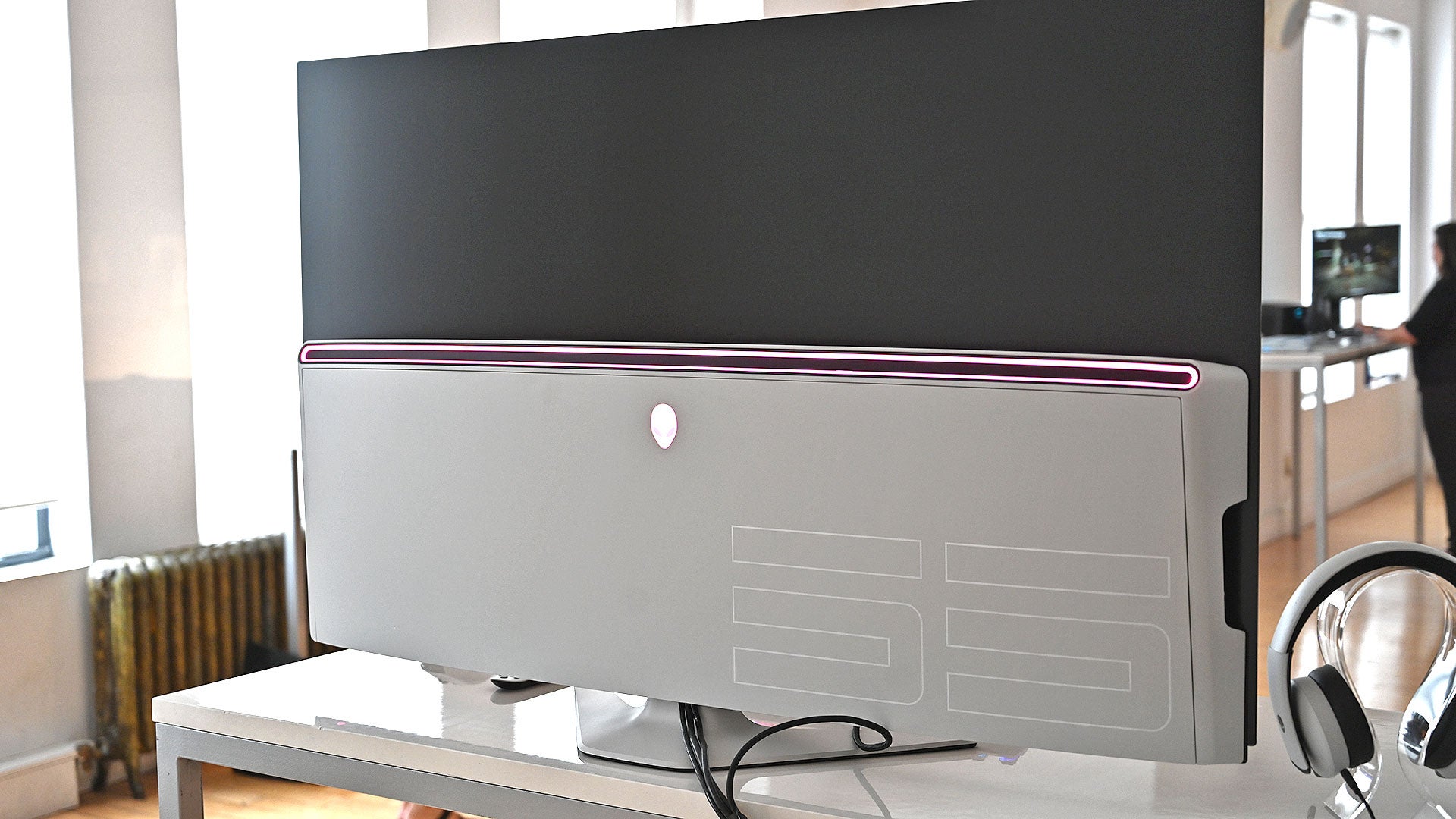 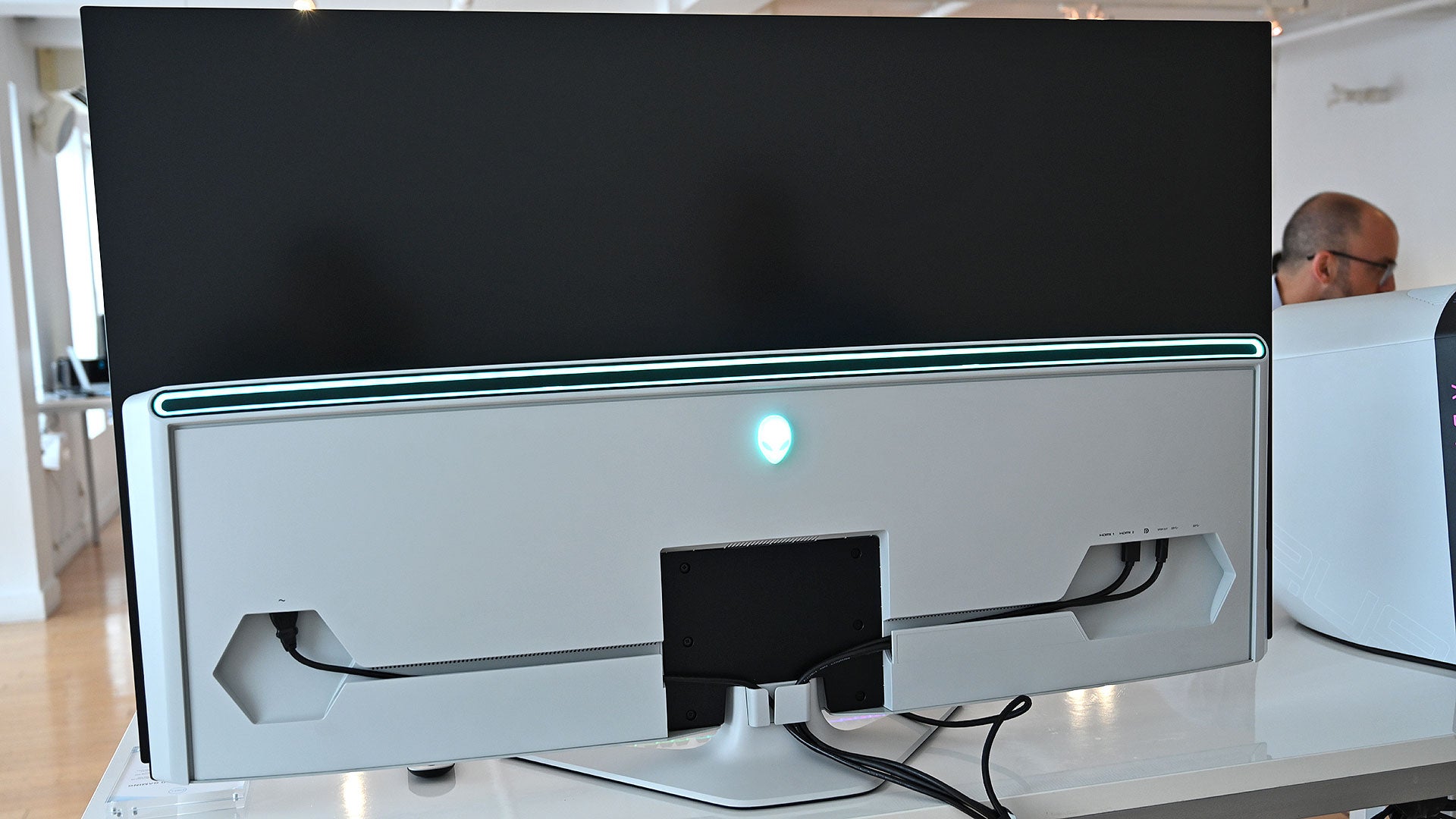 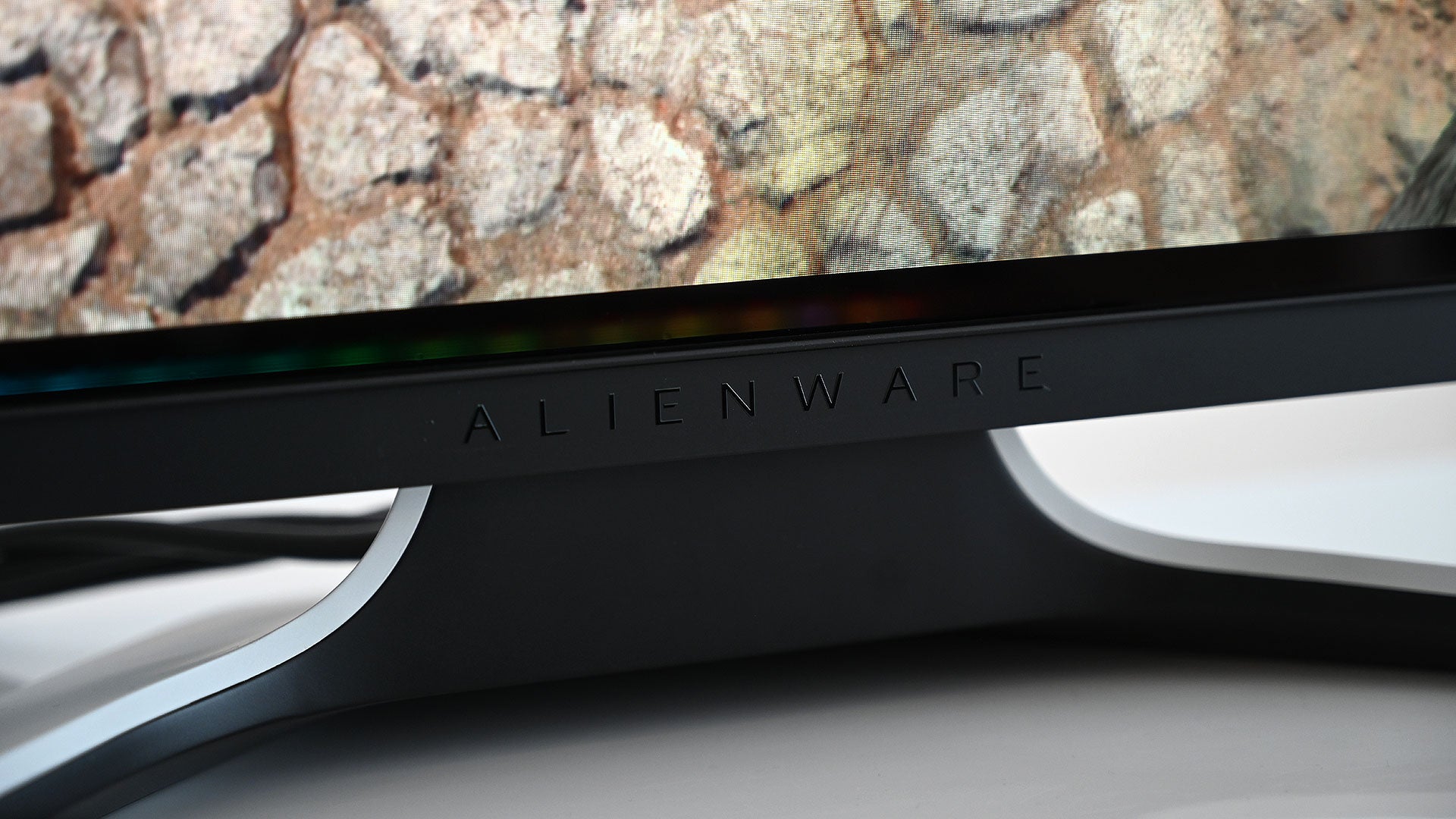 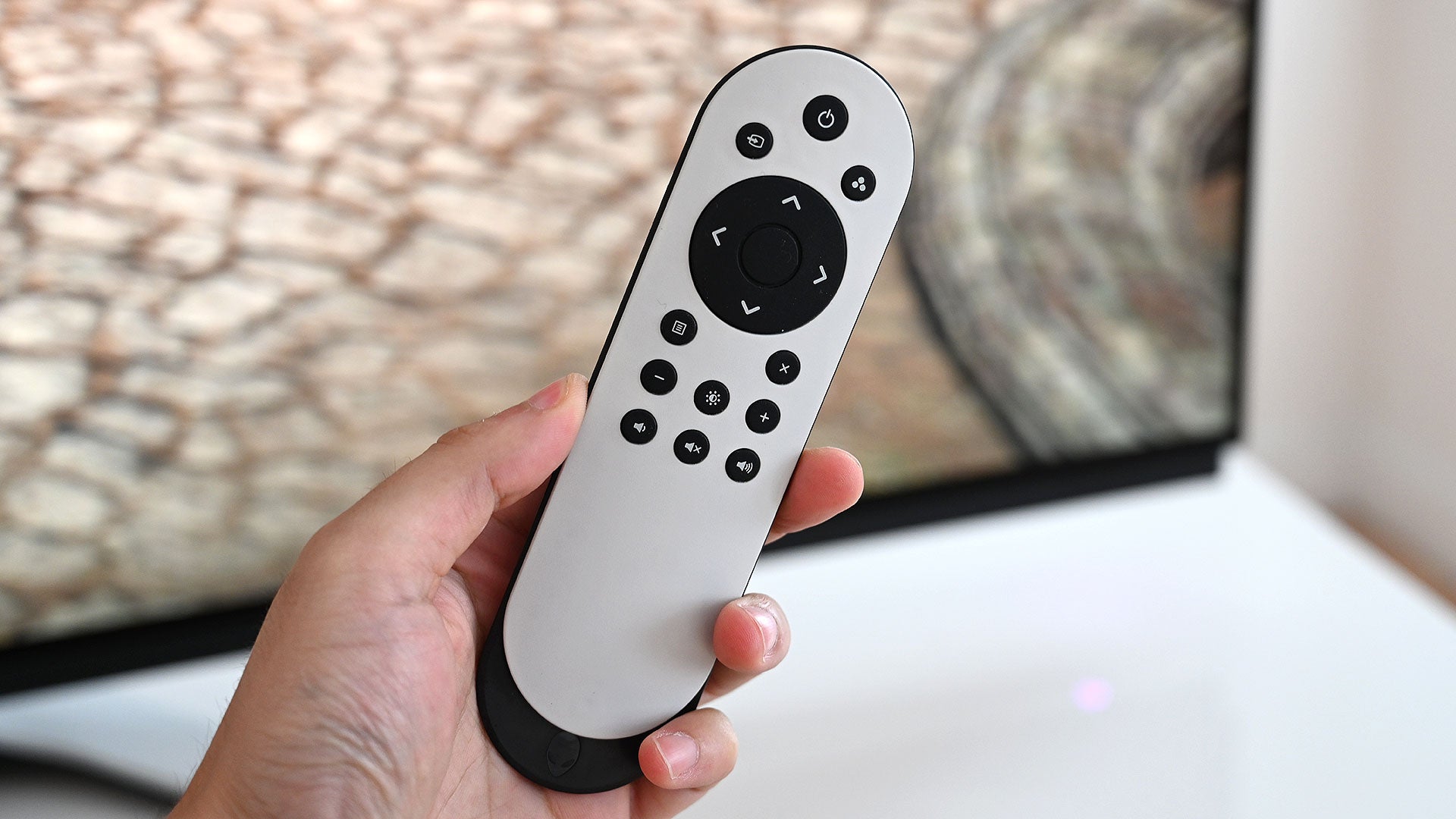 Looking back, Dell (Alienware’s parent company) actually announced a $7000 30-inch 4K OLED Ultrasharp display more than three years ago at CES 2016, but was forced to cancel its release a year later after numerous delays due to unsatisfactory image quality.

But now, it seems Dell/Alienware has overcome its previous hurdles, and based on what I’ve seen and the provided specifications, the wait was worth it. On top of delivering the vibrant colours and deep blacks OLED panels are known for, Alienware’s 4K 55-inch OLED monitor sports an impressive colour gamut that covers 98.5 per cent of the DCI-P3 colour space, or around 1.07 billion colours, which is about the same as Apple’s $7400 32-inch Pro Display XDR.

More importantly for gamers, the Alienware 55 OLED has a 120Hz variable refresh rate with AMD FreeSync support, along with a blisteringly fast 0.5ms response time that should almost completely eliminate annoying things like ghosting. 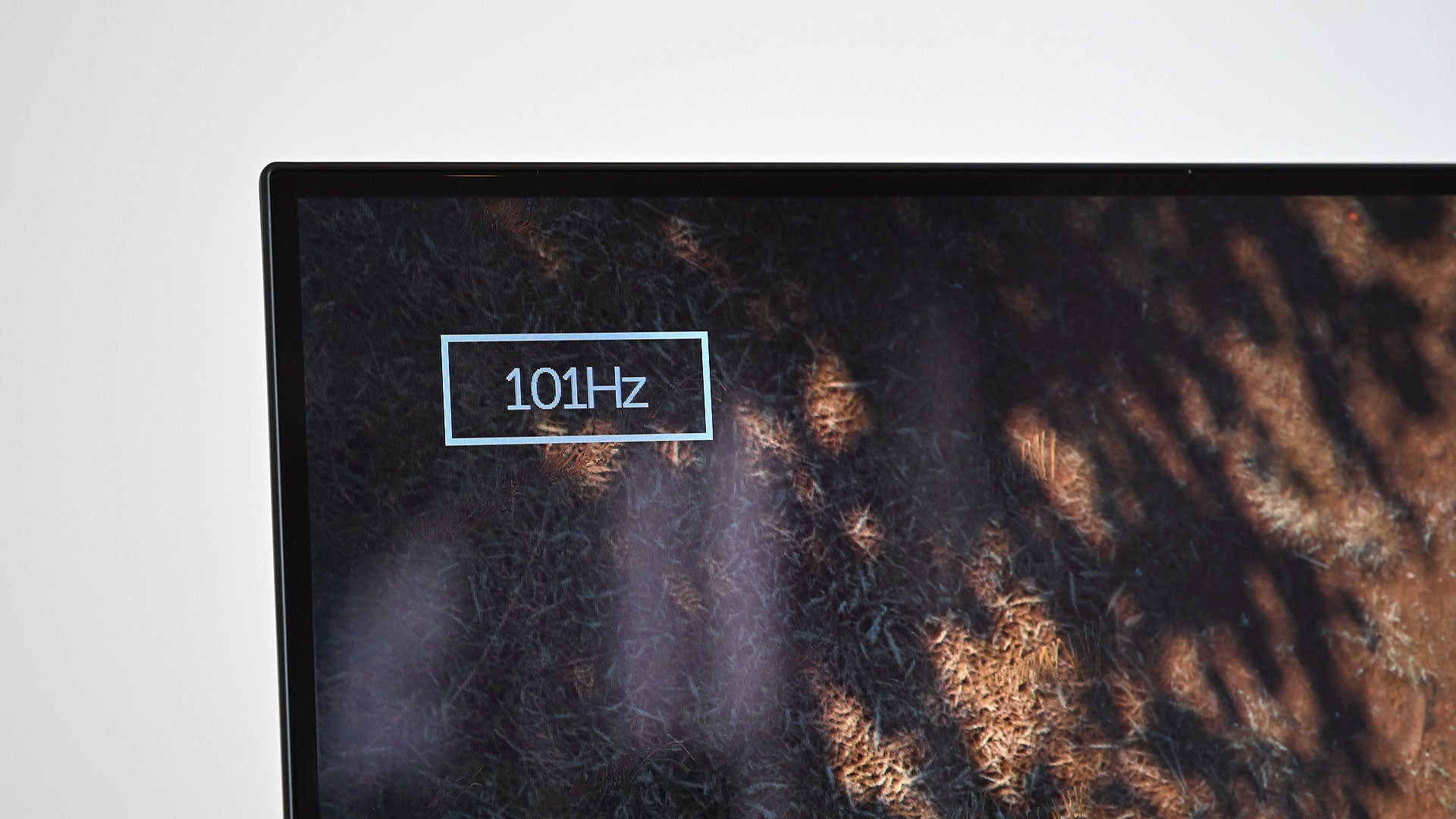 Alienware customised the panel’s on-screen display with a built-in FPS counter and a number of customisable gaming modes. And for anyone worried about dead pixels ruining their expensive display, Dell says this monitor will be part of its Premium Panel Exchange program that allows customers to replace the display if they find even a single bright pixel — as long as the panel is still under warranty.

The one somewhat disappointing spec is that the Alienware 55 OLED only sports a max brightness of 400 nits, which barely even qualifies for VESA’s lowest tier HDR certification. By comparison, Apple’s Pro Display XDR is capable of hitting a peak brightness of 1600 nits (or 1000 nits if you’re looking at a mostly white scene). 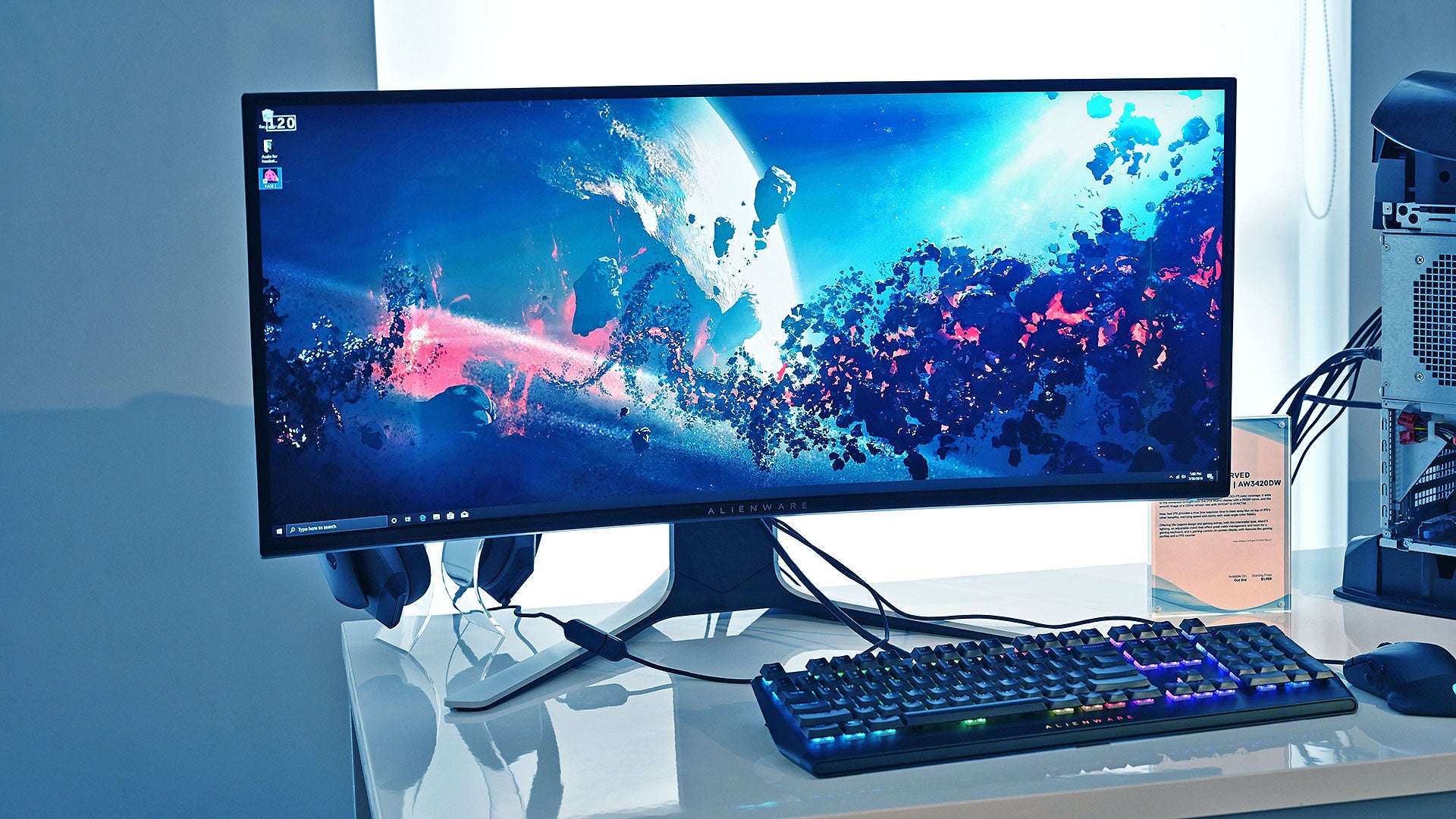 Thankfully, the Alienware 55 OLED Gaming Monitor also costs $1000 less than Apple’s display at $US4,000 ($5,915) (available starting September 30), and unlike the Pro Display XDR, Alienware’s monitor comes with a stand.

Editor’s Note: Local pricing and an exact release date is not yet available.

Alternatively, if the Alienware 55 OLED is a bit too expensive for your tastes, the company is also releasing three other gaming monitors ranging from 27 inches to 34 inches with 120Hz and 240HZ refresh rates and either FreeSync or G-Sync support depending on the model. Price for those range from $US600 ($887) to $US1,400 ($2,070) and they will be available starting August 28.