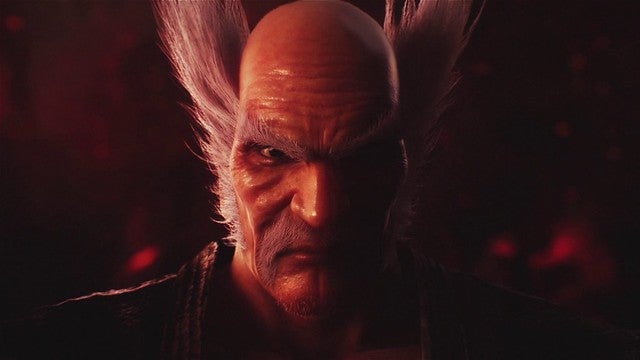 Tekken games have had some seriously far-out guest characters like Final Fantasy XV‘s Prince Noctis and The Walking Dead‘s villainous, bat-swinging Negan. It’s a series where anyone might show up. During the Tekken 7 grand finals at the Evolution Championship Series this past weekend, a short video made it look like Metal Gear‘s Solid Snake would join the fray. Turns out, it was a joke. Unfortunately, the joke appears to have backfired in a big way with fans.

During last night’s Tekken 7 grand finals, a video played showing Solid Snake talking to Tekken producer Katsuhiro Harada. The iconic stealth hero snarked about some “good arse Tekken“ for a moment before the feed was cut.

The video wasn’t shown on the livestream, but multiple people in the live audience at the event uploaded video of the audience’s excited reaction to social media. Snake’s already in the Super Smash Bros. series as a guest character, so this video invited an obvious question: would Snake be coming to Tekken next?

Did they… leaked Snake coming to Tekken 7 at EVO stage? pic.twitter.com/T3GkpUY8Ct

The answer, it turns out, is no. In a tweet this morning, Evo confirmed that the video was not an official tease for anything. It was a joke video that the event had run without consulting Tekken series developer Bandai Namco.

“Just to clear things up, the Snake cameo video that we showed during Tekken finals was our idea of a little joke,” Evo’s statement says. “It was not intended to imply a character reveal, and was done on our own, without consulting Bandai Namco. Sorry for any confusion!”

Harada mentions how surprised he was by the video and by the subsequent fan anger that it wasn’t a real announcement, going on to mention that he feels bad for Hideo Kojima and Konami.

There were official announcements for Tekken 7‘s next season pass at EVO, which will include the return of Middle Eastern fighter Zafina and a brand new character called Leeroy Smith. It’s unclear what, if any, new guest characters may be on the way. But hey, if we don’t have Snake, maybe we’ll get Raiden instead.