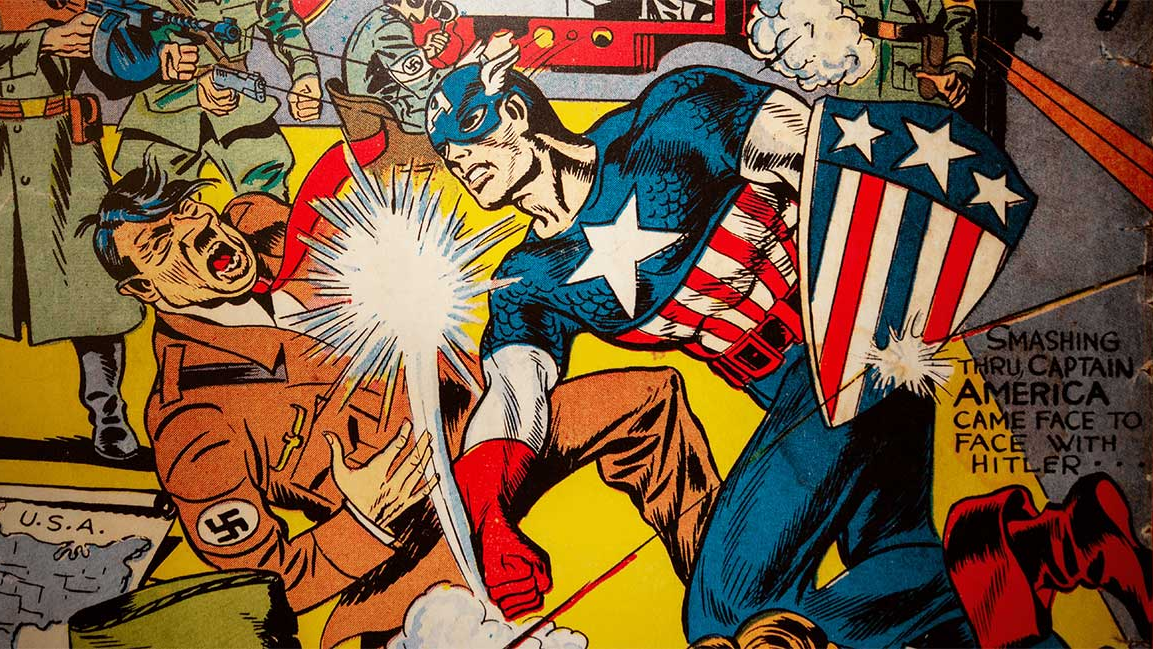 Pictured: anti-fascism. (Illustration: Marvel Comics)
To sign up for our daily newsletter covering the latest news, features and reviews, head HERE. For a running feed of all our stories, follow us on Twitter HERE. Or you can bookmark the Kotaku Australia homepage to visit whenever you need a news fix.

Pulitzer Prize-winning creator of Maus Art Spiegelman was slated to write the introduction to a new Marvel collection, Marvel The Golden Age 1939-1949, but pulled his work after Marvel wanted him to remove a disparaging reference to Donald Trump.

As reported by Newsweek, Spiegelman, in an essay discussing the political background of Marvel’s offerings during and right after World War II, referenced Trump in a comparison to Nazism, saying, “In today’s all too real world, Captain America’s most nefarious villain, the Red Skull, is alive on screen and an Orange Skull haunts America,” a pretty transparent reference to Trump.

In response, the Folio Society, who was handling publishing on this particular collection, asked Spiegelman to remove the topical reference, claiming Marvel was trying to be “apolitical.” So Spiegelman pulled it, and you can read the essay now in the Guardian.

A few things to note here, the first being that it’s quite odd to suggest that Marvel is trying to remain apolitical in a book which explicitly covers the relationship between the publisher’s output and the rise of early 20th century fascism. This is a book, after all, that prominently features Captain America punching Hitler in the face, in an era where, as Spiegelman points out, Jewish creators created heroes that were specifically anti-fascist in posture and action.

Another big consideration is that, as Spiegelman himself notes, there’s an extant relationship between Marvel Entertainment and the Trump administration. As he writes in the final paragraph of the Guardian version of his essay, “Isaac ‘Ike’ Perlmutter, [chairman of Marvel,] is a longtime friend of Donald Trump’s, an unofficial and influential adviser and a member of the president’s elite Mar-a-Lago club in Palm Beach, Florida. And Perlmutter and his wife have each recently donated $US360,000 ($529,789) (the maximum allowed) to the Orange Skull’s ‘Trump Victory Joint Fundraising Committee’ for 2020.”

Which seems not precisely apolitical, so far as Marvel’s involvement with current politics is concerned.

Spiegelman being chosen to write the introduction to a collection like this makes sense, as the era in question is one which, as Maus makes clear, he understands deeply. Unfortunately for Marvel, it seems that Spiegelman understands the politics of that era — and this one — just a little better than Marvel wanted him to.