Borderlands 2 Developer Explains Why The Game Is Filled With Weird, Hidden Cubes

Popular YouTube channel Boundary Break, who has popped up on Kotaku multiple times, has released a new video where he explores Borderlands 2. But this time the channel was able to get a developer from the studio behind Borderlands, Gearbox, to actually help explain some of the more strange out of bound secrets and discoveries. It turns out Borderlands 2 is filled with hidden cubes and boxes.

Kyle Pittman, a senior programmer on Borderlands 1, 2 and the upcoming third game, explained some of the behind-the-scenes reasoning behind some of the random things found inside mountains or below buildings.

One great example is found early on in the game. If you take the camera through one of the large, snowy mountains in the opening area you can find a Claptrap model, which is frozen in a single pose. This is a static mesh and it was placed in the level to help designers building the area with scale. But as the level was changed later in development, the mountain was added and covered the Claptrap and nobody remembered to delete it.

Hidden outside the map in every area of the game you will find a large rectangular box. This untextured box actually has 4 more untextured boxes inside it. So what is the purpose of this odd creation?

As Pittman explained to Boundary Break, this box is a global loader. The object is used as a safe place to store players and their vehicles during teleportation. It was created after bugs in Borderlands 1 development. Sometimes players would spawn into maps to early and fall through the world. These global loader boxes prevent that from happening. 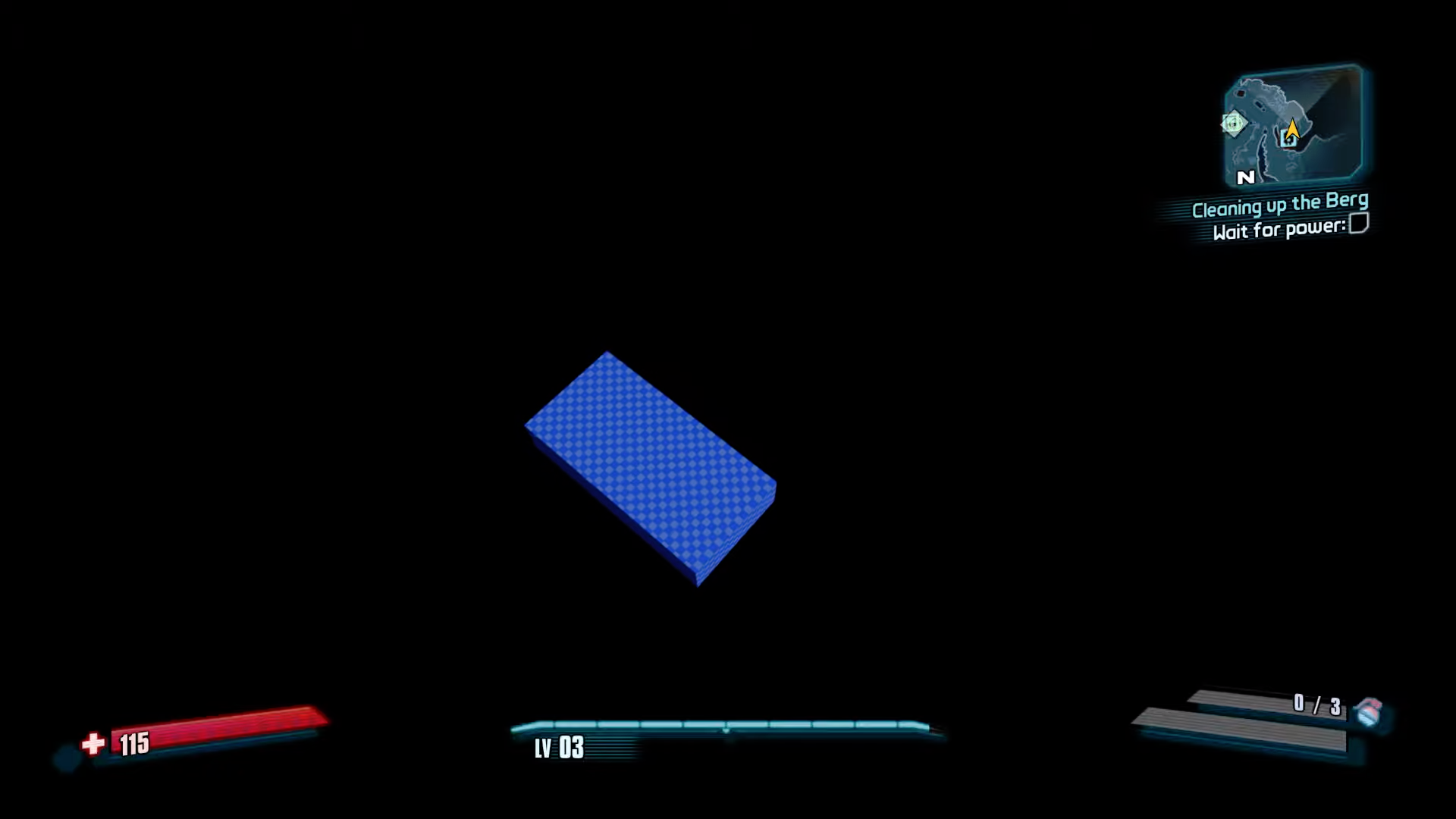 Speaking of boxes, if you dig around Borderlands 2 you will find even more boxes, including rainbow-coloured flashing cubes and floating translucent yellow boxes. So many cubes! These all have different in-game purposes, from marking deleted content to being used for specific actions or events.

The entire video is a wonderful look behind the scenes of how a big game like Borderlands 2 is put together. Some areas have totally different layouts based on memory restrictions, time constraints or other problems. Game development really is all about solving problems. Well, solving problems and placing cubes.