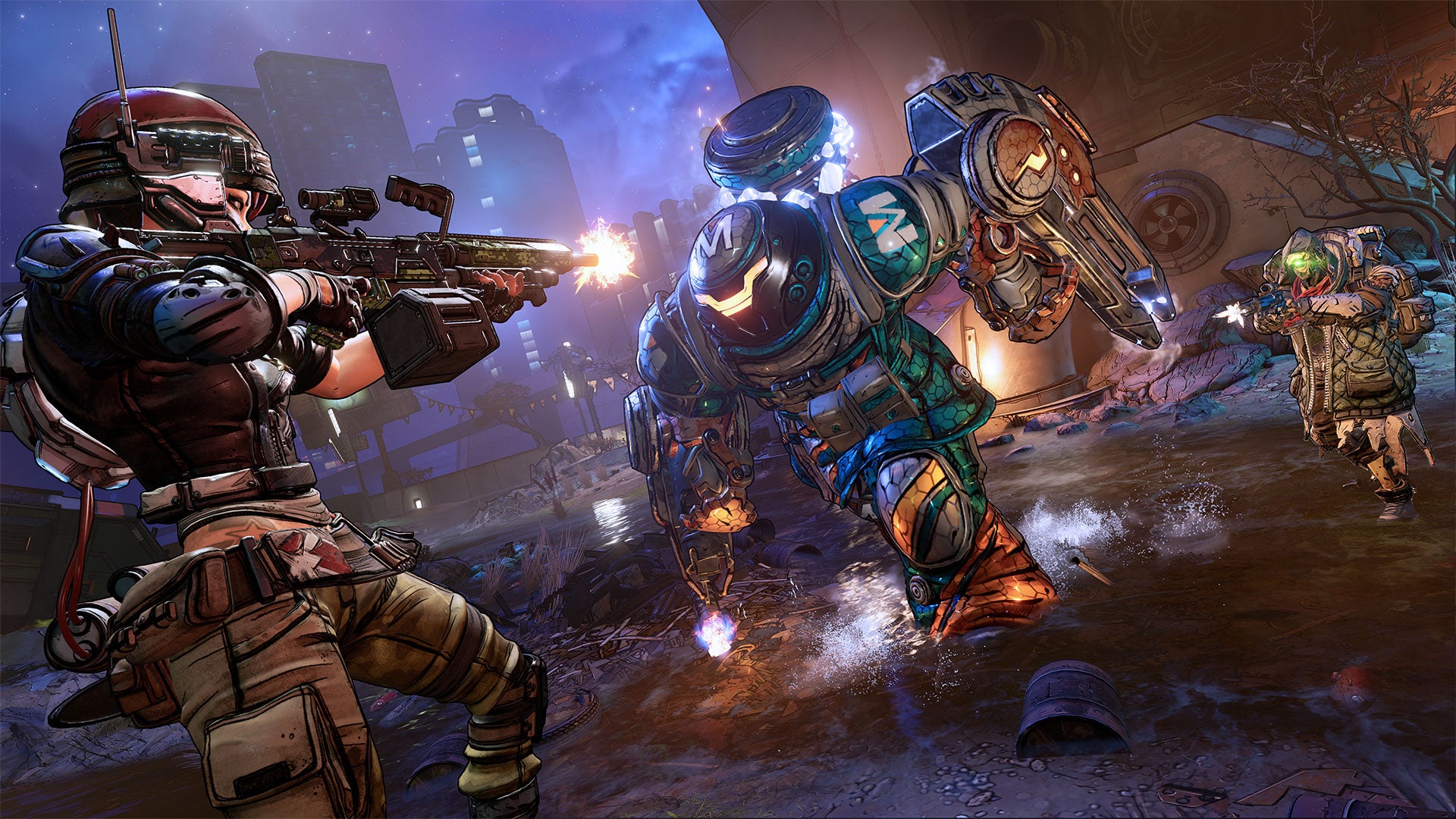 After two weeks of no uploads, a notable Borderlands personality on YouTube returned to the platform yesterday with a video explaining his absence. He said that the game’s publisher Take-Two Interactive hit his channel with several copyright strikes and sent investigators to his home in response to months of Borderlands coverage on his channel, which included leaks about upcoming games in the series.

“Since I’ve had time to reflect on the situation, I’d say excitement got the better of my judgment,” said Matt “SupMatto” Somers, who has been posting Borderlands videos on YouTube since 2015. “It was a bit of a shitty thing to do.”

Take-Two subsidiary 2K Games, however, said the YouTuber’s actions were sometimes illegal and harmful to the Borderlands community. “The action we’ve taken is the result of a 10-month investigation and a history of this creator profiting from breaking our policies, leaking confidential information about our product, and infringing our copyrights,” a 2K Games rep said in a statement.

“Not only were many of his actions illegal, but they were negatively impacting the experiences of other content creators and our fans in anticipation for the game.”

The company did not specify what it was that Somers did that they think broke the law.

Somers’ videos include playthroughs of the Borderlands series as well as tips, tricks, and an in-depth history series that explores the lore of the Borderlands universe. For the last year, Somers’ channel has also been home to Borderlands 3 leaks and speculation, which he always attributed to either unnamed sources or the work of a community of fans digging through SteamDB, a third-party data repository that shows the work being done behind-the-scenes to get games ready for the PC platform.

Wherever he was getting his information from, Somers got a lot of things right, including details about the four new playable characters, the presence of a radiation element for guns, and the development of a Borderlands 2 add-on that would bridge the gap between that game and the sequel.

His videos were sometimes exaggerated and speculative, such as when he would fill time between major announcements with videos discussing shoulder patch similarities and character balance without having played the game.

Nevertheless, there’s no arguing that he knew some good stuff about upcoming Borderlands content before it was officially announced. That’s why, when he took an extended break from uploading videos, the Borderlands community took notice.

In his return video, Somers goes into great detail about what happened to him, his YouTube channel, and his Discord server. Somers claims that on July 25, investigators showed up at his home in New Jersey and questioned him on behalf of the New York-based Take-Two Interactive, the parent company of Borderlands publisher 2K Games. He describes being tense due to strangers trespassing on his private property and regrets having spoken with them.

Somers allegedly answered questions about his channel and various information he had previously reported on, such as SteamDB developments and the Rainbow item rarity found in the game code before Fight for Sanctuary’s release. Later on, Somers says, he found the investigators and their private firm on LinkedIn, with indications that they had been contracted by Take-Two.

Somers explains that he received some of his early Borderlands 3 information based on a mistake by the people making or promoting the game. In a video revealing Borderlands 3’s official Twitch extension, a username that at first appeared to be a string of gibberish ended up being a very real Twitch account, which in its archives included a brief snippet of unreleased Borderlands 3 gameplay. Finding this account and several others to which it was linked also allowed fans to datamine the Twitch extension itself, giving them early information on gameplay elements like character skill trees.

As Somers was wont to do, he reported on this information through his YouTube channel, which was later hit by seven copyright strikes he says Take-Two handed down following his visit from the private investigators. Since then, all but one of these copyright strikes have been removed from his channel, allowing it to remain live, although he’s unsure if this means they were rescinded by Take-Two or removed by YouTube.

In addition to the strikes against his YouTube channel, Somers says that his Discord server and his Discord account were terminated 20 minutes after the private investigators left. The explanation he got from an automated Discord email was that his account was “involved in selling, promoting, or distributing cheats, hacks, or cracked accounts.”

He says that no information was provided as to who was behind this shutdown and denies that anything of the sort took place in his Discord server.

Kotaku reached out to Somers through various means but has yet to hear back from him.

A rep for 2K Games, however, called the video “incomplete and in some cases untrue.” They noted that “Take-Two and 2K take the security and confidentiality of trade secrets very seriously,” adding that the company “will take the necessary actions to defend against leaks and infringement of our intellectual property that not only potentially impact our business and partners, but more importantly may negatively impact the experiences of our fans and customers.”

The rep declined to provide further information on Take-Two and 2K’s investigation.

Since the release of the video, Somers’ experience has made the rounds on social media, with the #BoycottBorderlands3 hashtag intermittently trending on Twitter.