From Xenogears To Xenoblade: The History Of Monolith Soft

Can Marvel Crossovers Ever Escape The Infinity Saga? 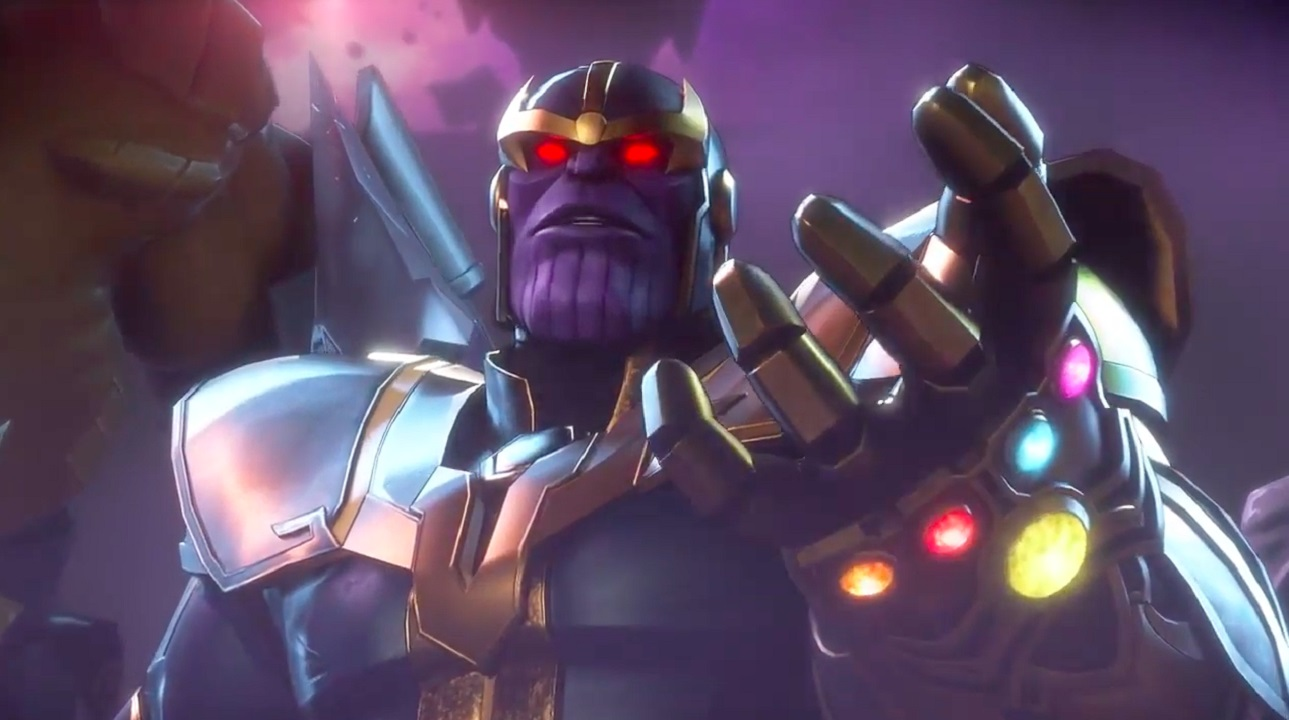 This month, nearly a decade to the month after the release of its predecessor, Nintendo released Marvel Ultimate Alliance 3, a return to the beloved ARPG Marvel gaming series that takes comic book crossover mania to a team-based beat “˜em up conclusion. But it also serves as a reminder that… god, things were so different back when Ultimate Alliance 2 was coming out, weren’t they?

In September 2009, the Marvel Cinematic Universe was still just a glimmer in Kevin Feige’s eye. We had accepted that upstart newcomers Marvel Studios might be on to something with the release of Iron Man the year prior (who would’ve thought that gamble casting Robert Downey Jr. as some B-tier comics character would pay off?), and at that point, only what is still the green-skinned stepchild of the MCU, Incredible Hulk, had joined it.

The First Avenger, Thor, Iron Man 2, they had all yet to come ” and above all, no one going to a movie theatre outside of comic book diehards knew what an Infinity Stone was. There were murmurs of the Avengers, sure, after Samuel L. Jackson made us sit in a movie theatre a little longer than we were used to (the audacity!). But Thanos? A gauntlet? Nada. 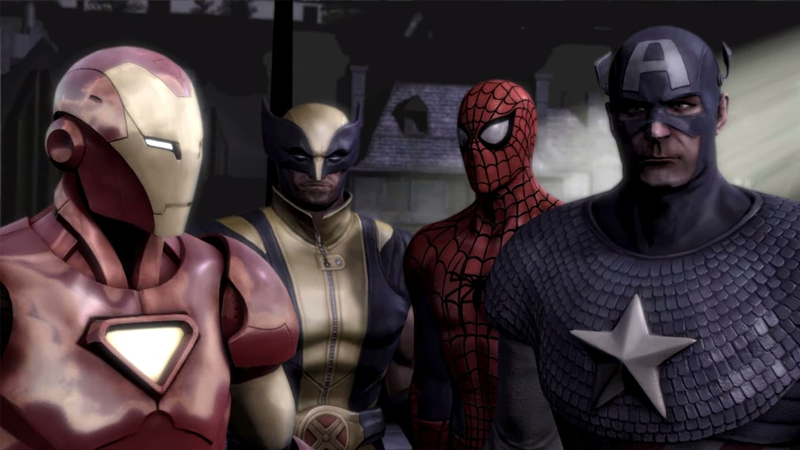 We also had the release of Vicarious Visions’ Marvel Ultimate Alliance 2, which unlike all those lame-looking superhero movies we were being inundated with in the “˜00s, looked kind great.

The follow up to a surprise 2006 hit and an adaptation of the then-recent comics event superseries Civil War, Ultimate Alliance 2 presented an intriguingly gamified take on a blockbuster storyline: Superhero vs. Superhero! Privacy vs. Protection! That Guy you kind of know from a movie but he’s weirdly even more of a giant arsehole vs. that guy with a shield they’re thinking of casting Jim from The Office as!

MUA2 was an unfiltered window into the world of Marvel’s comic book output as it was directly in 2009 which, in the context of everything has happened since, becomes a fascinating time capsule to reminisce over. It was a time when X-Men and Fantastic Four icons could stand alongside the Avengers and no one would bat an eye, because that’s just what happens in comics. A time when no one knew what an Infinity Stone was. And they were Infinity Gems, if you did.

In June 2019, by contrast, we were coming off the back of the release of something as bonkers asÂ Avengers: Endgame. Over a decade and nearly two-dozen movies, the Infinity Stones haven’t just become part of pop culture lexicon at large, they have been gathered, used, re-gathered, and re-used. Thanos lived, rose up, and now died (twice, technically!), long live Thanos.

So has Tony Stark, although the large shadow he cast over the MCU thatÂ Iron Man helped create all those years ago will continue to linger without him, thanks to the indomitable legacy of Robert Downey Jr.

At last, the cinematic version of the Infinity Saga is at an end ” and here stands Nintendo and Team Ninja with Marvel Ultimate Alliance 3. Which is… a quest. To gather the Infinity Stones. And stop Thanos before he does so!

At least Proxima Midnight (and her friends, I guess) get a better due here than they did in Infinity War. (Image: Nintendo)

And look, here are your familiar cinematic faces in a roster of Marvel heroes now considerably less esoteric than the one in Ultimate Alliance 2 ” filled with characters slightly ajar enough to be comics-inspired, but close enough to basically be the characterization of their movie counterparts.

Here is the Black Order, aka Those Guys With About 10 Minutes Max of Infinity War and Endgame Screen Time, to find them! Here’s Ultron, please remember that movie that most people thought was just kind of ok! Here is Daredevil making a joke about hallway fights with other Netflix-Approved Heroes!

Here is… an ill-advised push to make the Inhumans a Thing People Care About that fails in doing exactly that! See, just like the MCU you know and love.

To be fair to Ultimate Alliance 3,Â it wears its inspirations on its sleeve ” it does not mask its pretty direct connections to that giant movie you (and what feels like the rest of the planet) have just seen to the tune of a gabillion dollars, as if they were something worth masking in the first place.

Marvel Cosmic Bullshit is just as good an excuse as any to smash all these heroes together, and smash Ultimate Alliance 3 does with an earnest abandon. It, thanks to the comics, can even go one better than the films, adding beloved comics heroes like Ms. Marvel ” well, Kamala Khan, specifically, now that Carol’s had her well-earned promotion to Captain Marvel ” and Spider-Gwen, alongside familiar names from the movies.

There are even X-Men characters and a whole level set at the X-Mansion! As if this game didn’t already serve as a reminder of what a long, strange decade it’s been, this marks the mutants’ first major foray back into Marvel tie-in media since that whole awkwardness with Marvel attempting to blacklist mutants and the Fantastic Four in its gaming spinoffs over a spat with Fox, who owned the movie rights for them.

Well, up until the point Disney grew tired of the charade and absorbed the film studio into its giant, Mickey-ear-adorned mass earlier this year. At least we can play as Wolverine again? 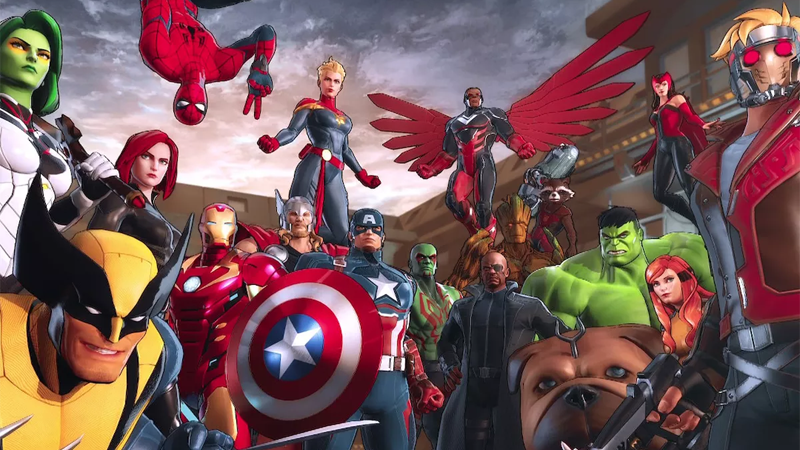 They may look more like their usual appearances in the comics, but this is unequivocally an MCU-inspired lineup. (Image: Nintendo)

But as fun as it is from a “I can play as Scarlet Witch and Elsa Bloodstone smashing up faceless bad guys for several hours” perspective, Ultimate Alliance 3 is still about smashing up those faceless bad guys in a saga we are now intimately, tiredly familiar with. Not just thanks to the movies, either, but because it seems like the Infinity Stones have been the catch-all reason for any Marvel crossover outside the comics lately ” including other recent games like Marvel vs. Capcom Infinite.

A decade in the waiting, I wish it had been bolder ” to take more direct inspiration (not even necessarily like its predecessors) from a particular arc of comics, and to embrace the idea behind why we love these superheroic crossovers at all in the first place. To do something silly, and wild, and zany to match the candy-coated Spandex it otherwise revels in thanks to its thankfully-comics-inspired-aesthetic.

We have had a decade of Infinity Stones. There’s so much more Marvel can be, whether it’s on the big screen (where we’re finally getting an intriguing glimpse of such a thing), in its comics, or in games like Spider-Man, Marvel Ultimate Alliance, the upcoming Avengers game, and beyond.

Perhaps, after one last indulgence in this familiar well, its time to put the Infinity Gauntlet away for a good long while.