Cloud Saves On PS4 Have A Weird Limit

Cloud saves are great. They keep your save data safe, providing backups for everything you’ve ever accomplished in a PS4 game. They also makes it easy to stop playing on one PS4 and pick up right where you left off on another. But PS4 cloud saves have a bizarre 1,000-file cap, and no one’s really sure why it exists.

Twitter user Dizzy_Ziddy ran into this problem just this week while trying to upload more saves to their cloud storage, sparking new questions about the fine print surrounding cloud saves on PS4. “Still gonna complain about PSN’s cloud save limit where they have a ridiculous file size cap (100GB) but you can never reach it since they have a quantity limit (1000 saves),” they wrote. 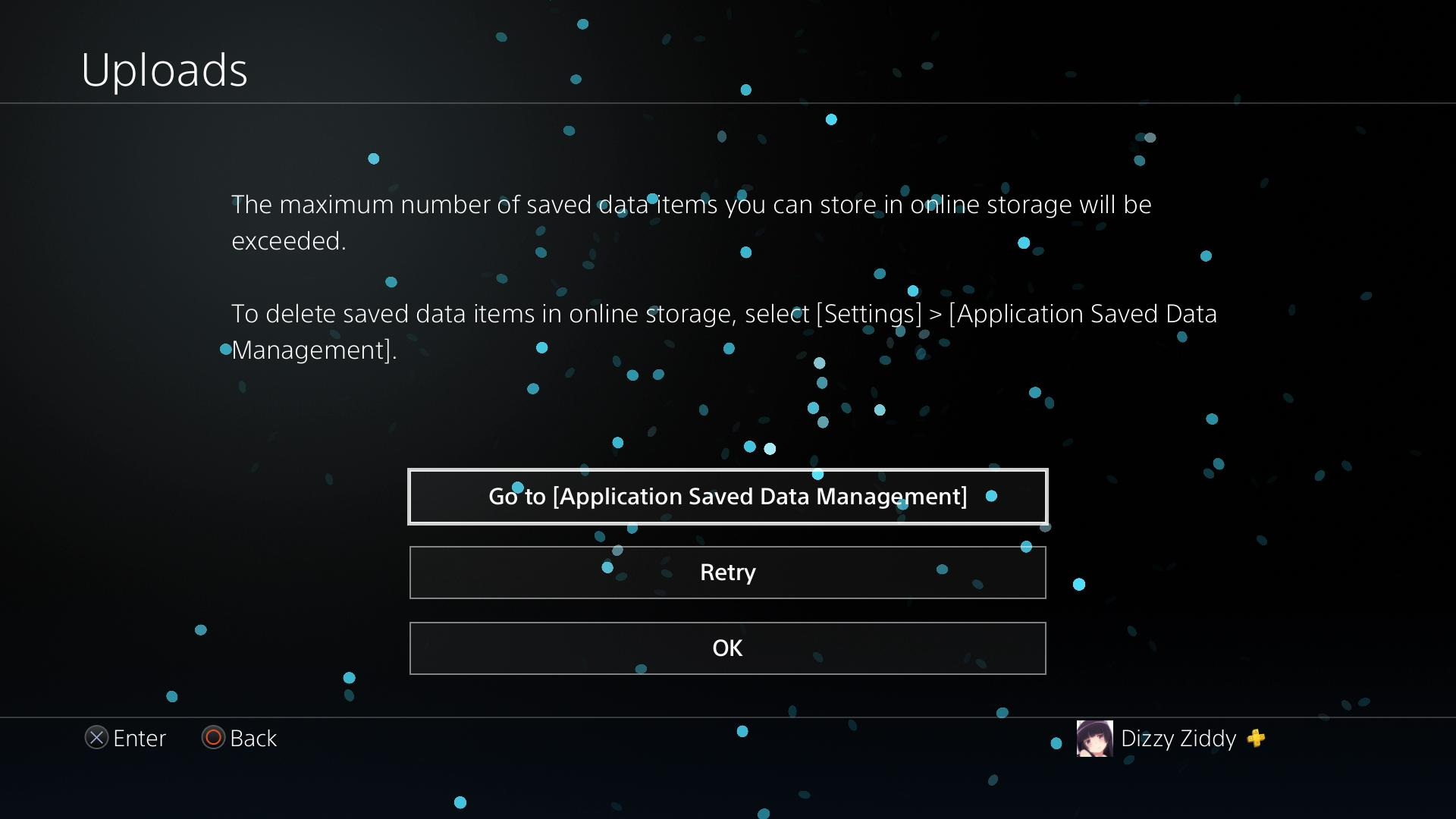 Back in February, Sony announced that it was increasing the amount of storage for PS Plus members cloud saves are free and don’t suffer from a hard cap.

But as Dizzy_Ziddy points out, and as various other PS4 owners have pointed out from time to time over the last few months, the 1.000-file limit seems to make the 100GB of space a moot point. Currently, their total save data only amounts to roughly 10GB.

That’s because the space save files take up is relatively low, with most running somewhere between 5 and 15MB, while the actual number of files can multiply dramatically depending on how many games you have, and also the type. For example, I have save data for 110 games on my PS4, which I’ve had since launch. That amounts to 6.40GB storage.

A lot of those games have multiple save files, though, and some have a ton. My save data for Final Fantasy XII: The Zodiac Age consist of six files, while my save data for The Witcher 3 contains 14. Then there’s Mass Effect: Andromeda, which, despite all of its failings, I played a ton of. That save data contains 84 individual save files. 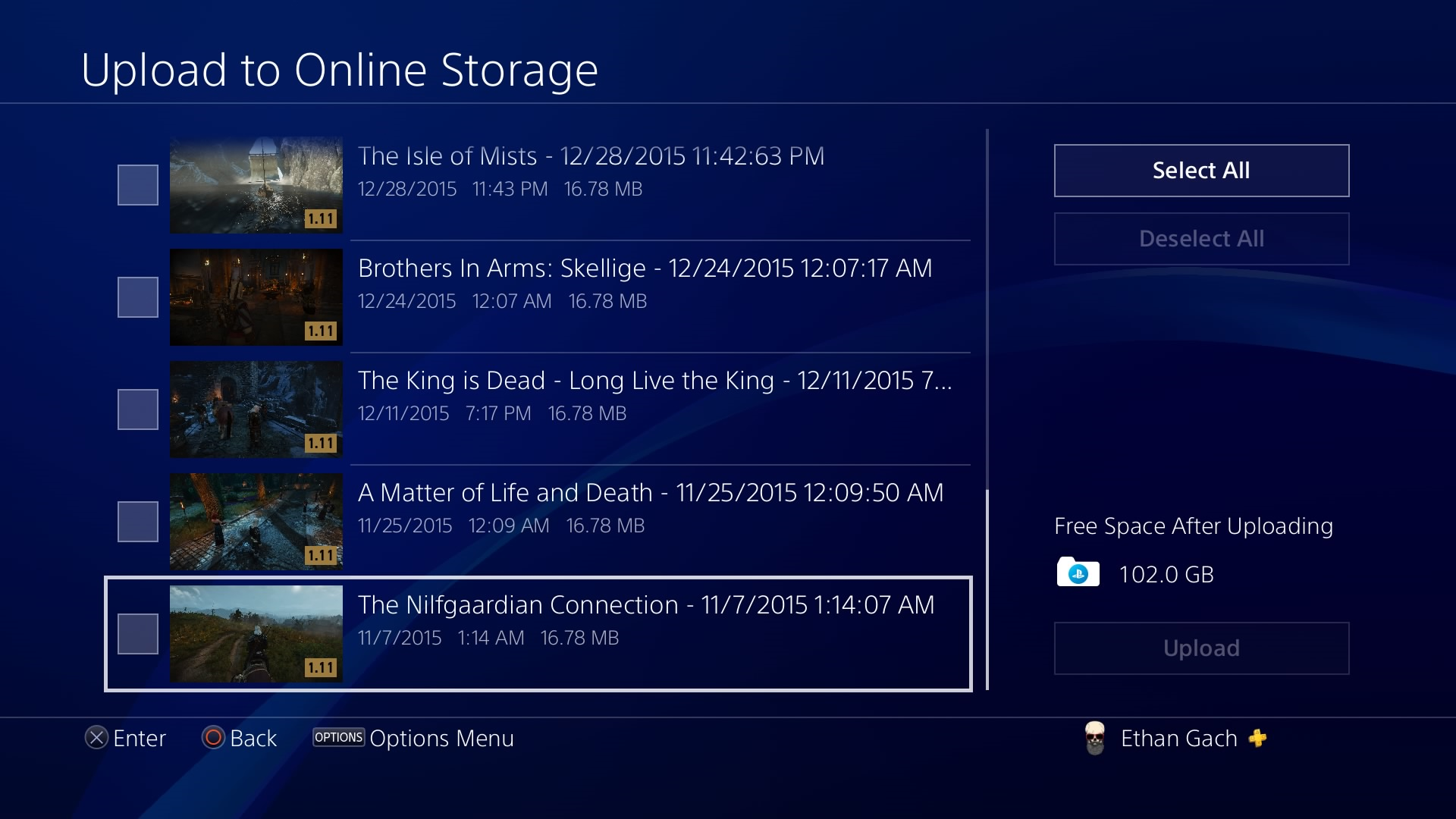 Look, I’m not proud, but those are the facts. Why do I have so many save files for some games? Who knows. Maybe I wanted to be able to revisit a specific part of the game, or maybe I was worried that my choices in the next section might send me hurtling down one particular path, or maybe I’m just a save-file hoarder and deleting old saves makes me extremely anxious and sad. Could I be better about managing my save data? Yes.

Do you want to see how many unread emails are in my inbox? No. But surely if Sony is going to give me 100GB of cloud save storage for paying $79.95 a year on PlayStation Plus, I shouldn’t have to contend with a weird, seemingly arbitrary 1,000-file cap.

Sony did not respond by the time of publishing when Kotaku asked about it. Maybe there actually is a practical technical reason for it. For now, it seems silly.