In gaming parlance, the phrase “raid” implies some grand story, an epic boss fight, and the promise of great rewards at the end. Bethesda has called Fallout 76’s latest addition to the game a raid, but it lacks those things. Instead, it takes the base game’s worst quests and repackages them the most grindy, punishing ways possible.

The first one, Dead in the Water, came out last week. It revolves around continuously fighting giant enemy crabs called Mirelurks while trying to repair vault pipes and retrieve key cards to open new doors. There are distinct sections in-between where players can catch their breath, and the mission has a final boss that guarantees a three-star legendary item.

Dead in the Water won’t be winning any prizes of its own at the annual Raid Awards, but as far as Fallout 76 content goes, it’s fine.

The latest, called Meltdown, simply isn’t fun. Meltdown ditches anything that made Dead in the Water at all appealing, trading its hectic, light puzzle solving for rote fetch quests.

This time players have been tasked with shutting down a nuclear event that’s been triggered in the vault’s reactor. Doing so requires, once again, collecting key cards, but this time a bunch more. The vault is undergoing five levels of lockdown. Reducing that by one level requires retrieving 10 key cards randomly placed throughout each section of the vault, meaning there are 50 in all. 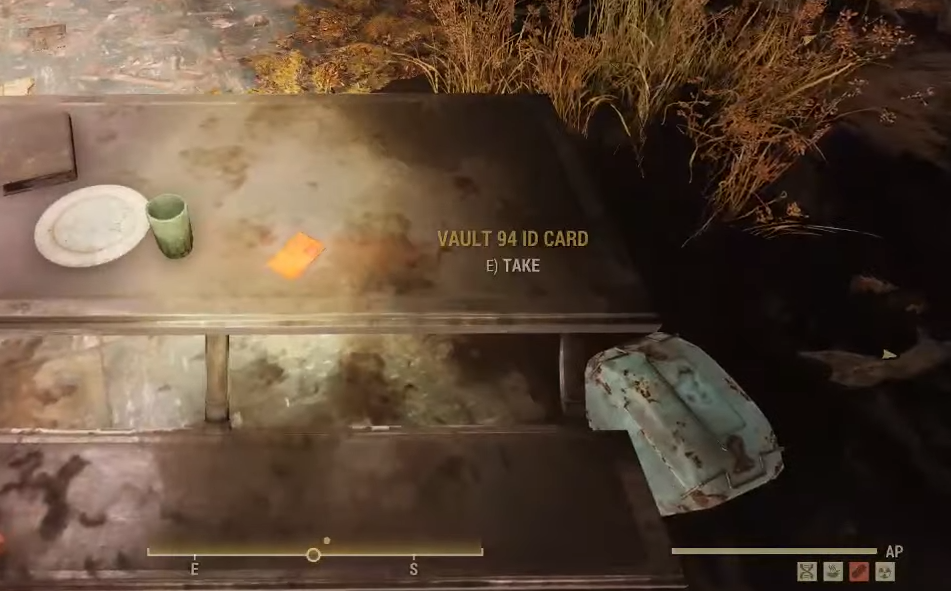 This rendition of 52 pickup is supplemented by section-specific tasks such as repairing mainframe cores or retrieving plant samples in the greenhouse section to unlock rooms housing additional key cards.

Enemies occasionally attack, but overall there are fewer mobs to deal with, leaving your team to face the drudgery mostly undistracted. And rather than a boss fight at the end, once you finally make it into the reactor room, you simply fight waves of ghouls.

What might seem boring on paper is made even more soul-crushing by the shortcomings of the Fallout 76 interface. Picking something up requires lining up your reticle just right until an option to grab it appears. Crating mainframe cores requires getting out of your power armour and subjecting yourself to the radiation before you can continue.

Bugs and lag are still present, meaning it isn’t uncommon to walk into a newly opened section of the vault and have things momentary hiccup while the game works itself out, or for mission objectives to not always immediately update. If you’re especially unlucky, the game’s server might crash, booting you out and killing any progress you made. 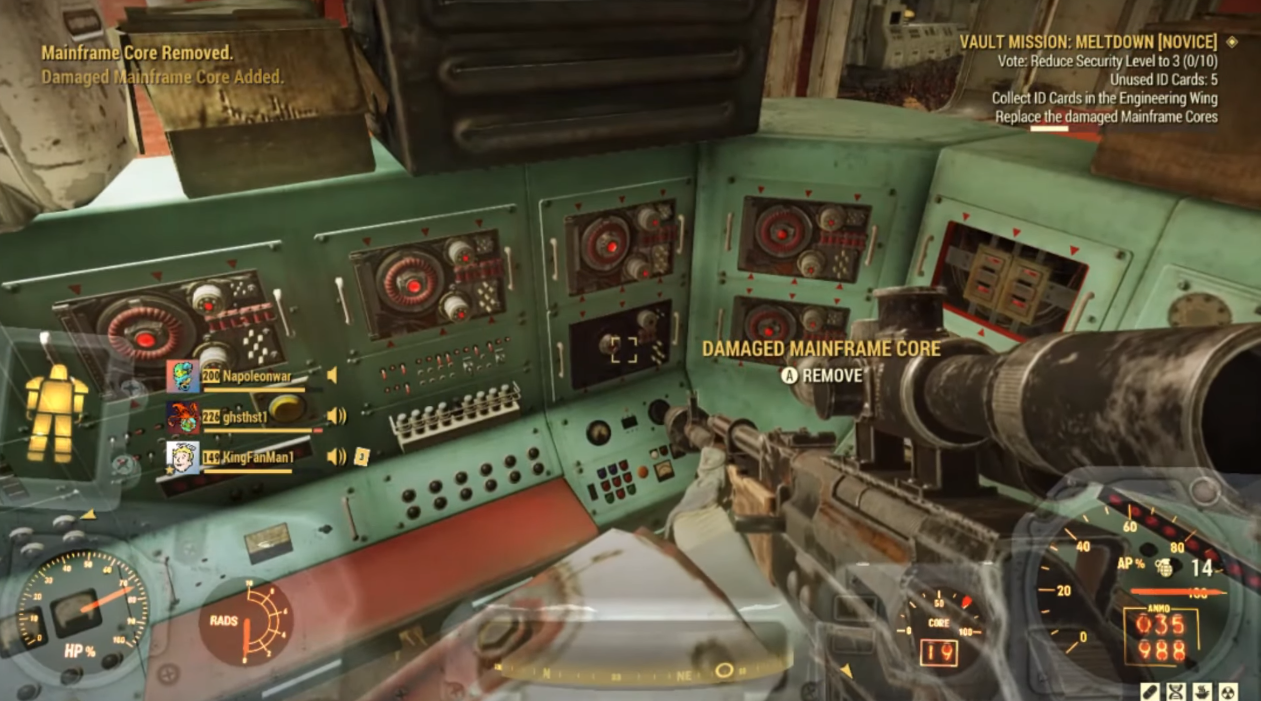 These things are less of an issue in sections of the game where you can explore at your own pace. On the standard and expert difficulties, though, the raid missions are timed, and because they are separated from the rest of the game, you can’t leave and come back if you’re short on supplies.

In games such as Destiny 2 or The Division 2 where healing and inventory management are more streamlined, finishing raids is more a matter of patience, perseverance and teamwork.

In Fallout 76, raids feel more like exercises in brute forcing your way through mobs and puzzles by chugging stimpacks and RadAways and unloading as much ammunition as you have into anything that moves.

The Burrows, Fallout 76‘s first new mission added after the game launched, was roundly criticised at the time for being too short and not being challenging enough, but it still felt like a dungeon with a beginning, middle and end stitched together by interesting lore.

So far, the game’s raid missions are more like glorified versions of the game’s public events, timed quests where you respond to button prompts and shoot stuff, only without matchmaking or rewards that suit the work they demand.

In this week’s Inside the Vault blog post, Bethesda said it’s looking to address many of these complaints.

The studio is “currently evaluating our Vault Mission rewards” and “investigating reports from the community about experiencing reduced performance and more frequent disconnects”, as well as “narrowing in on a fix for a bug that can cause the game controls to become unresponsive after you exit Power Armor”.

There’s also still one more raid mission for players to try out next week. Hopefully it doesn’t include more key cards.