Finally, A Nintendo 64 That Can Breathe Fire 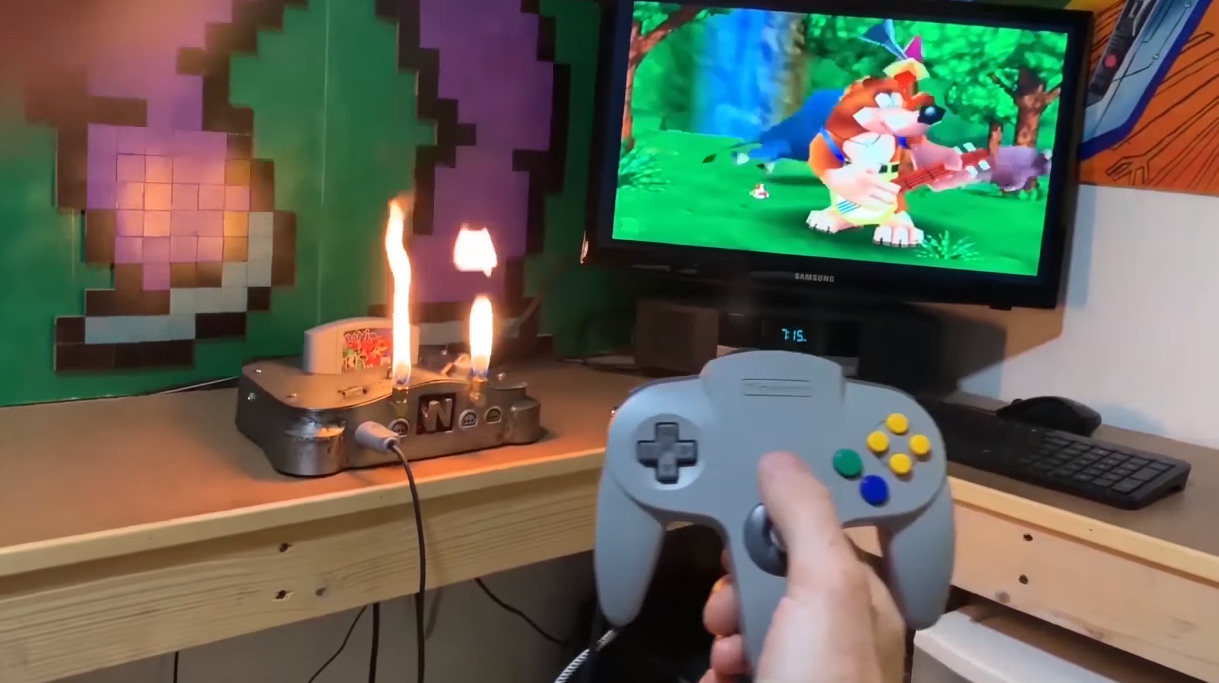 Screenshot: Bithead1000
To sign up for our daily newsletter covering the latest news, features and reviews, head HERE. For a running feed of all our stories, follow us on Twitter HERE. Or you can bookmark the Kotaku Australia homepage to visit whenever you need a news fix.

This modded Nintendo 64 looks more like a botched entry for Robot Wars than a nice retro gaming console for people to gather around and play classics like Banjo-Kazooie. But it still works as a console — flamethrowers and all.

It was spotted by Attract Mode and created by retro gaming YouTuber BitHead1000. He built a heavy-duty metal N64 shell, decked out with dual gas valves and what appears to be a series of small plastic tubes for spraying lighter fluid.

He showed off his entire build process for the fiery contraption in a 22-minute time-lapsed video which, among other things, involved adding a spinning 3D metal N64 logo backlit by a red light to the front of the system.

BitHead1000 added a red button right below the N64 controller’s centre control stick that triggers the console’s flamethrower, which is when things go from nice mood lighting to eyebrow-singeing.

The rest of the time, the modded console acts just like any other N64. Bithead1000 showed himself playing Banjo-Kazooie, but it could work with any other game. Doom 64 would feel especially appropriate.