Fortnite Season 10 Is A Bust 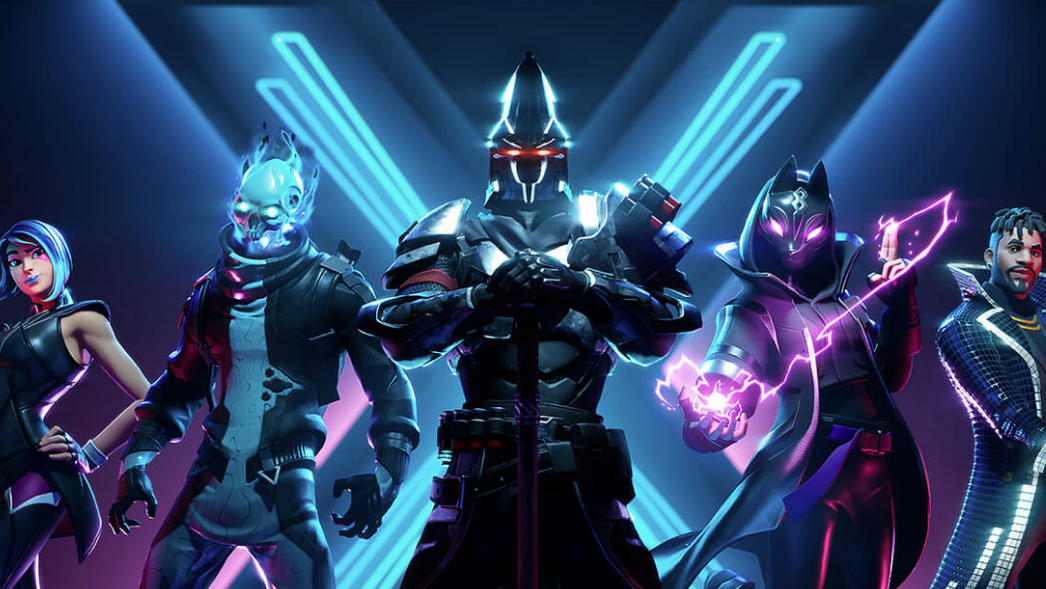 There was a lot of player excitement in the run-up to Fortnite’s Season 10, with early hints suggesting the return of old, beloved landmarks like Dusty Depot to the game’s constantly-changing map. When the new season arrived earlier this month, it brought those teased map changes, but it also brought a host of other additions players aren’t too happy about.

The uproar started with the season-opening Brutes, which are giant mechs that many players feel are overpowered and upsetting the balance of competitive play.

After calls to remove the mechs spread across the internet, developer Epic added a targeting laser to help players better avoid the mechs’ weapons and reduced their spawn rate in competitive modes. Players didn’t feel this was enough, prompting Epic to eventually reply to reiterate that the mechs would stay in the game, in part because they’re there to add some “spectacle and entertainment” to Fortnite.

This week, the 10.10 patch brought some new items, including the Junk Rift, a throwable item that drops a flurry of furniture, anchors, and triceratopses from the sky. It’s pretty powerful both against enemies and player builds.

Since its release, players have shared videos on social media of its falling objects tearing through houses and player-made structures. Epic’s trailer for the Junk Rift shows it being used to counter a Brute, suggesting the Junk Rift is Epic’s latest response to the mech controversy. But an attentive player can easily dodge the Rift, so it doesn’t necessarily work as a counter against mechs.

Instead, it’s just one more powerful item that some players feel is changing the balance of the game too much. Even though it can be easily avoided, it can still do a lot of damage to players’ structures.

This week, some top players, like World Cup Winner Bugha, as well as TimTheTatMan and DrLupo, have been streaming Counter-Strike instead of their usual Fortnite. Content creator CouRage switched to Minecraft.

Fortnite mainstay and electronic DJ Marshmello called for Epic Games to vault the mech in an announcement of his next in-game collaboration. Some players on the competitive Reddit have talked about leaving the game. This isn’t a new phenomenon. Some segment of players will always talk about Fortnite having been“ruined” by whatever changes Epic makes. But Season 10’s controversies, and Epic’s response, have been the brightest spotlight yet on the downsides of Fortnite’s popularity.

The game is trying to be everything to everyone, but there are too many people with too many different expectations for that to ever be possible. Epic is clearly still committed to Fortnite esports through this season’s Champion Series, but each of Season 10’s updates has seemed like a shift away from competitive and back to basics, not just in bringing back past landmarks, but in putting the focus back on wacky items and watchable streams.

It’s not like it’s bad for games to be fun, and fun for as many people as possible to play or watch, but the change in focus feels unexpected and severe to many. Epic’s data and recent competitive matches suggest the presence of the Brutes is minimal in the hands of competitive players, but they’re clearly having an effect, whether that’s an actual influence on gameplay or as a sign that Epic has changed its mind on what it wants Fortnite to be.

The changes have pit different factions of the player base against each other and against Epic, and the vitriol feels especially sharp coming after the unified excitement of the World Cup.

Fortnite thrives on emotion, both that of players and that of the world surrounding the game. The perception of Fortnite is just as much a part of the game as what’s actually going on in matches. Many fans’ perception of Season 10 is of a game that’s floundering. Fortnite is a game of constant change, but this season, the pace of those changes is catching up with it.

The new Junk Rift feels metaphoric: It’s a visual representation of Epic’s tendency to throw everything at Fortnite and see where things land. I doubt it’s game-ending; I don’t think Fortnite can be destroyed by items, nor by an angry competitive Reddit, or even streamers spending a bit of their time in other games. But players don’t seem as happy as they once were to let the dust settle and then explore the fallout.

The game has changed a lot since its early days, perhaps too much so for players to be appeased by nostalgia. There are more weeks of Season 10 to come, so Fortnite will keep changing. Hopefully the season can find an equilibrium.