From Mandalorians To Mulan, Our Favourite Reveals From This Year’s D23 Expo

The 2019 D23 Expo is now in the books and if you’re a fan of pop culture, your head may still be spinning.

For three days straight, the bring the latest to all of you at home.

A lot happened over the weekend but we picked our 12 favourite pieces of news or moments from the event. 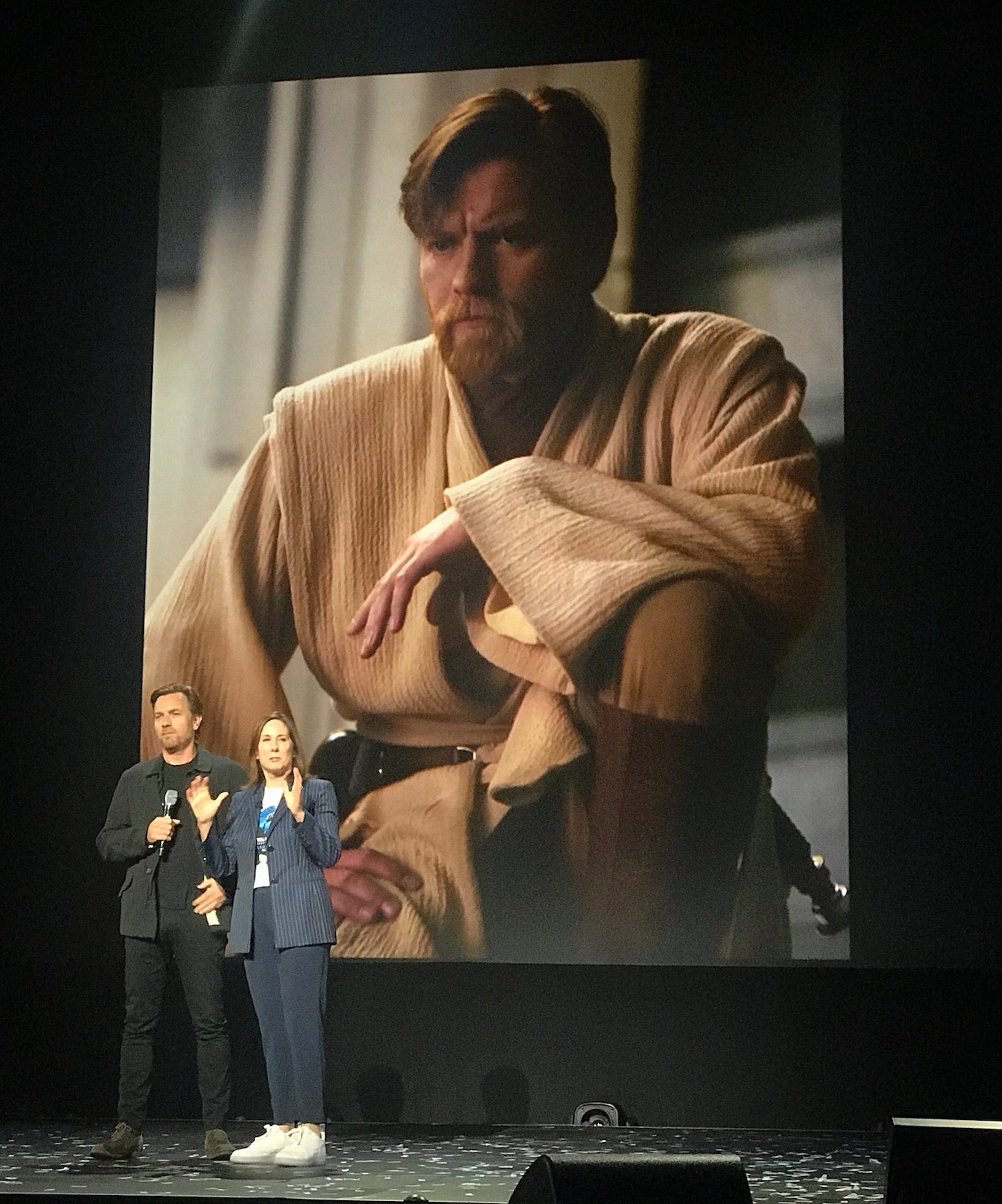 While it’s a little disappointing to get yet another prequel series, especially one whose timeline is so well explored, McGregor was easily one of the best things about the prequels and Obi-Wan Kenobi’s character has become so much richer thanks to The Clone Wars and Rebels. Seeing him step back into the robe almost feels like the only way to bring all of that richness home. 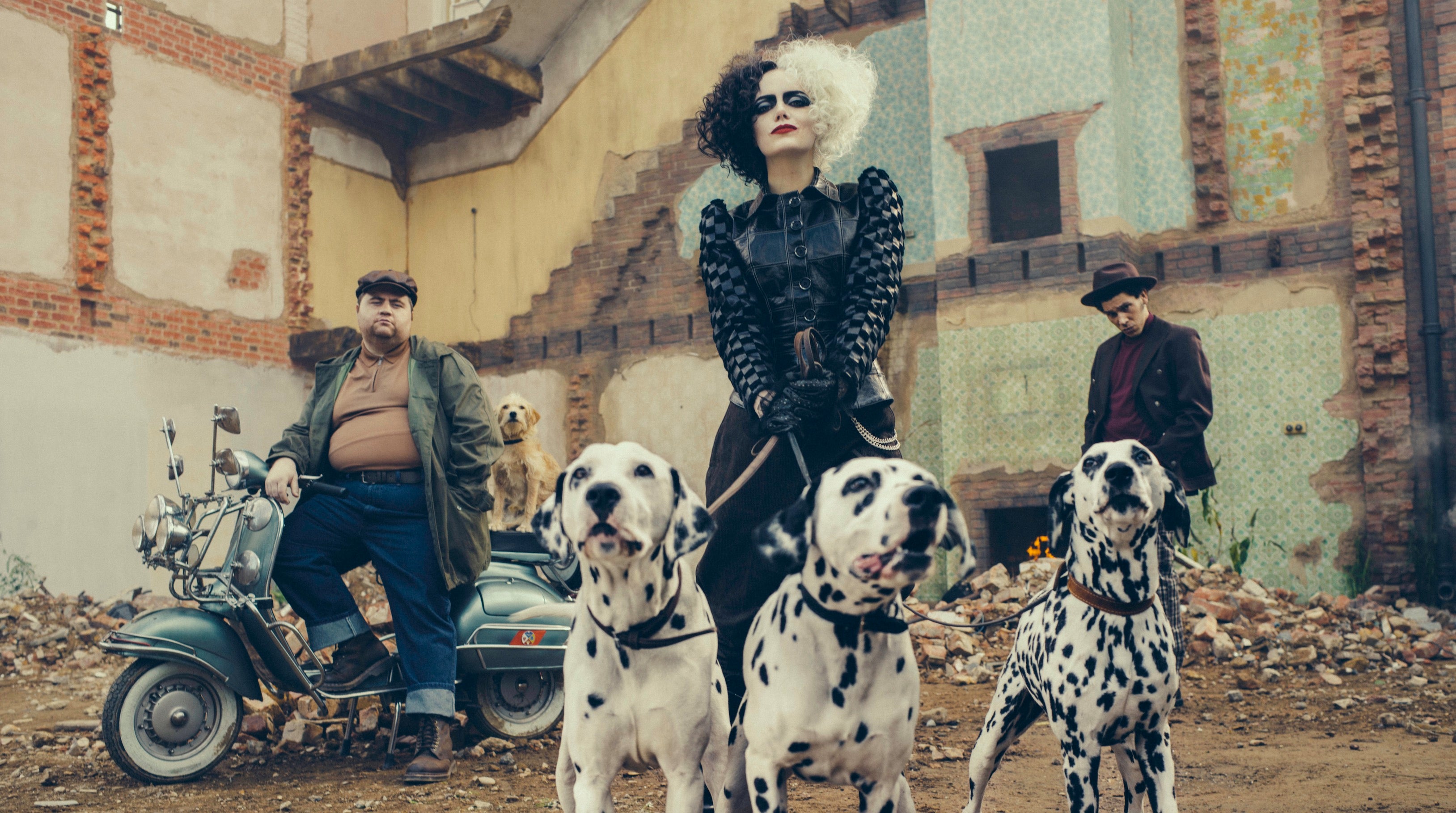 Trust me, we’re as shocked as you. Emma Stone has been attached to play Cruella de Vil for a long time and while she’s obviously an excellent actress, it was just kind like “Meh.” Who cares?

Another Disney villain gets her own prequel movie. But then, Disney showed the above image at the D23 Expo. And holy shit. It looks like a music video. The hair. The debris. The dogs. Plus, Stone confirmed Cruella takes place in the punk rock 1970s of London. Finally, everything clicked. This is something different and unexpected. We’re in. 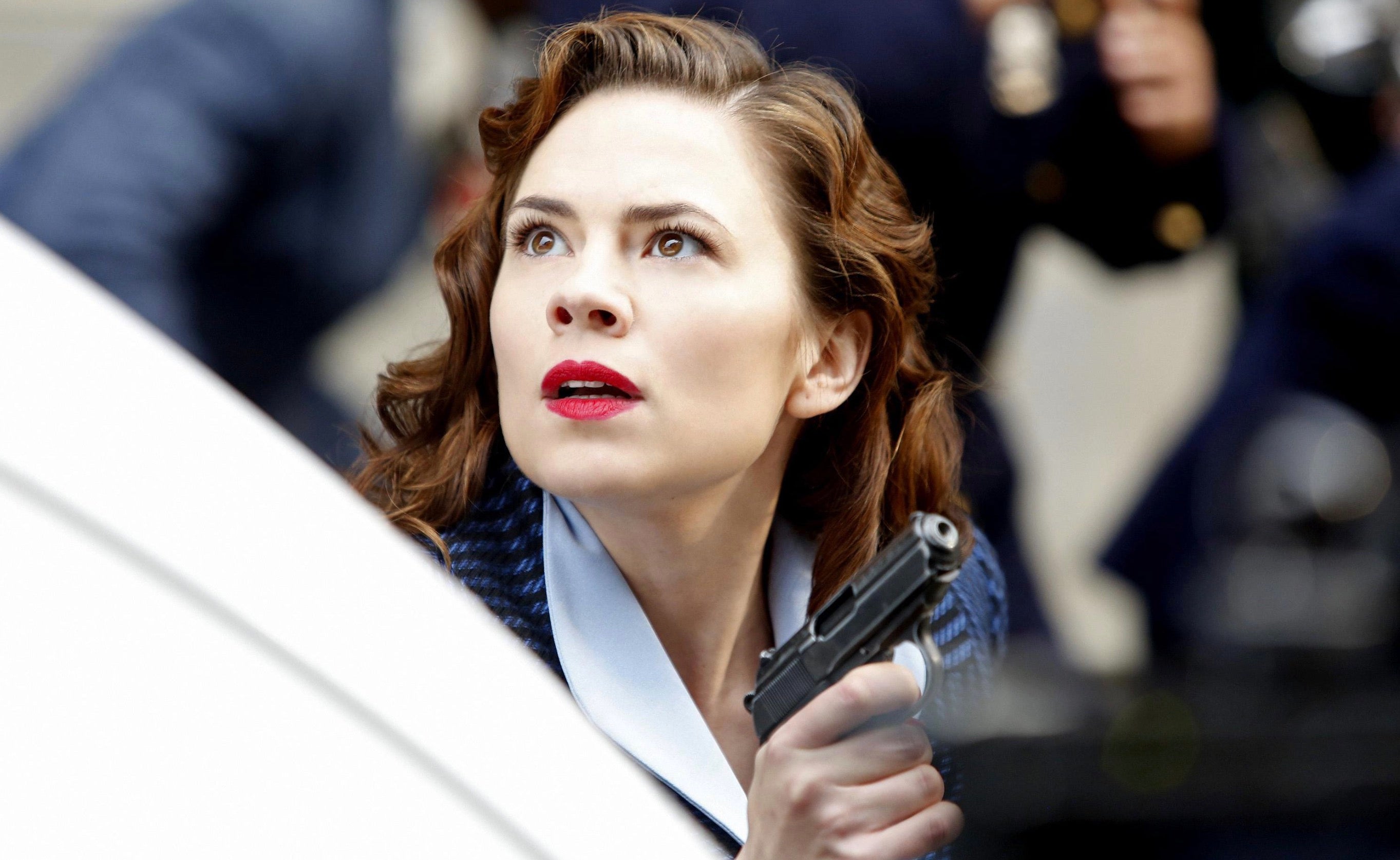 Most of Marvel Studios’ upcoming Disney+ shows haven’t started filming yet, so president Kevin Feige didn’t have anything to show from them. One exception though is the animated series What If…, which will take one key element from previously released Marvel movies and change it.

PEGGY CARTER WITH THE SUPER SOLDIER SERUM IN WHAT IF. ITS WHAT I DESERVE pic.twitter.com/AFzeaNdqlb

Feige screened a clip that showed what would happen if Peggy Carter got superpowers instead of Steve Rogers, and the results ” Peggy as what may or may not be Captain Britain (Hayley Atwell called her Captain Carter), and little Steve helping in an early Iron Man suit ” almost made for as much of a compelling story as the Captain America movies themselves.

Instantly the unfathomable possibilities for this series began to clarify. Marvel isn’t just changing tiny things. It’s going big. Like gender-swapping Captain America big. And holy crap is it going to be exciting to see.

There’s just something special about being in the room when Marvel Studios announces new projects. When Feige takes the stage, he finally can be clear about things he’s very, very rarely clear about.

That happened a few times at the D23 Expo this year, with the biggest surprises being the announcement of Disney+ shows focusing on Ms. Marvel, She-Hulk and Moon Knight. Not only was it shocking and fun to hear, but it’s also yet another step forward for the studio making up for a lack of inclusivity in its projects over the last 10 years.

Any new footage from Star Wars: The Rise of Skywalker is exciting, and the above clip, which debuted at the D23 Expo, would have been great even without that last shot. But that last shot? Holy shit. It made 7,000 people squeal in surprise and delight (and probably 70 million do the same as they watched it on YouTube.)

Seeing it there in the room, and trying to describe it to friends after the fact, was challenging. How do you put something so unexpected and wild into words? At least now we can all see and speculate for ourselves until December 19.

How is the first official footage from the first-ever live-action Star Wars TV show only the sixth best thing at the Expo? Well, the competition was fierce, to be honest. Plus, as absolutely incredible as this trailer is… it’s still pretty short considering we’re looking at not just a two-hour movie, but a multi-hour TV story. We love this but we want more.

It also didn’t help that at Star Wars Celebration just a few months ago, executive producers Jon Favreau and Dave Filoni showed a whole bunch more footage than this. So, yes, it’s absolutely, positively great, but there’s so much more to come.

After a few years dominated by sequels like Toy Story 4, Incredibles 2, and Cars 3, Pixar is back doing what it does best: fascinating, original stories. And the two it highlighted looked magnificent. First up in March 2020 is Onward, which is about two brothers who quest through a once-magical land to use a spell that brings their dead father back to life. We saw several minutes of the movie and it was amazing.

Later in 2020, Pete Docter returns to the director’s chair with Soul, a film about a middle school jazz teacher (voiced by Jamie Foxx) who somehow becomes separated from his soul, so another soul (voiced by Tina Fey) steps in to help them reunite.

Like Inside Out (another Docter film), this is Pixar tackling huge, mind-melting issues in a very family-friendly, fun way. Docter (who also made Up and Monsters, Inc.) is three for three in the “Direct a Masterpiece” column so we have high hopes for Soul. Thankfully, it looks awe-inspiring.

all the Spider-Man controversy and his Uncharted movie losing another director.

In fact, going into the convention, more people were talking about Spider-Man than anything else. So it would have been understandable if the actor, who voices one of the leads in Onward, didn’t show up for the D23 Expo. He did show up, though, and before leaving the stage he thanked the fans for being so amazing during this bad time. “I love you 3,000,” he said. He didn’t have to address anything, but he did, and afterward it was hard not to feel like no matter what studio, Spider-Man is in good hands.

9. Raya and the Last Dragon

Disney Animation has a little movie called Frozen II coming out in a few months (which looked solid but will not make this list), but we’re most excited for what comes next, which was a mystery until this weekend.

Disney Animation finally revealed the movie it has coming out in November 2020 is called Raya and the Last Dragon. It’s the story of a warrior who must find her country’s last dragon to save it.

However, there is no longer a dragon, it’s now in human form and needs to be changed into a dragon. Even though the movie is over a year away, the footage looked nearly complete, and the blending of styles and genres made me feel like this movie could be special in a way few animated films are. 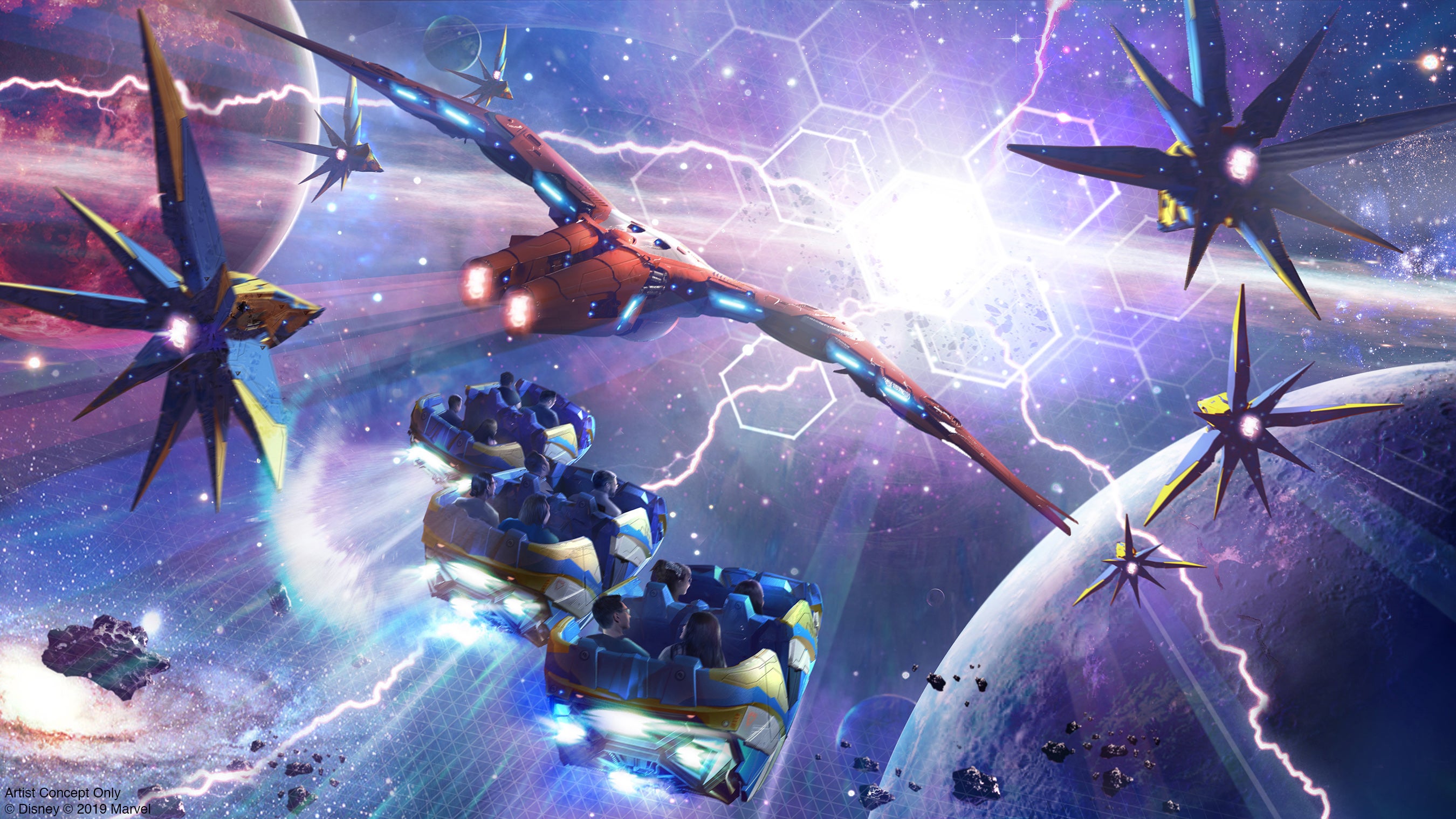 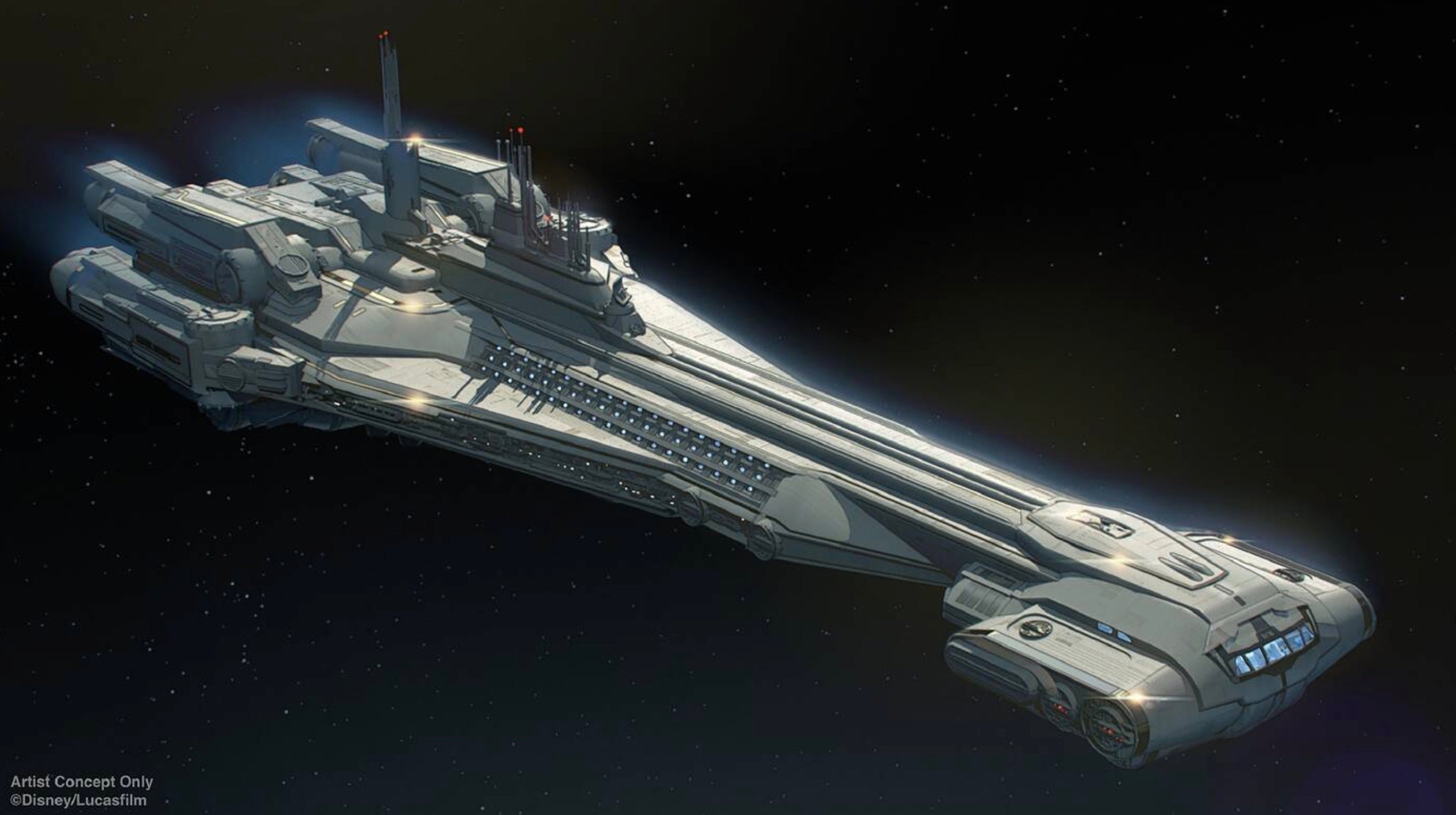 he official name of what was once just referred to as the Star Wars hotel. But this is not just a hotel.

It’s an immersive experience closer to a cruise than a hotel. And as someone who has been all about pretended they live in Star Wars since I was a little boy, all the way through visiting Galaxy’s Edge over the past few months, the whole concept sounds awesome. Expensive, to be sure, but awesome.

controversy has surrounded it. In fact, it still does. And yet, the several minutes of footage screened of Niki Caro’s reimagining of this legendary story made it seem very clear once the movie comes out, all of that is likely to go away.

It looks like a magical piece of filmmaking (read a description here) and maybe a reminder that all the talk about a movie before its release ultimately is kind of meaningless. The movie is what it’s really about, and Mulan could be the kind of film that’ll completely change the conversation once everyone sees it.