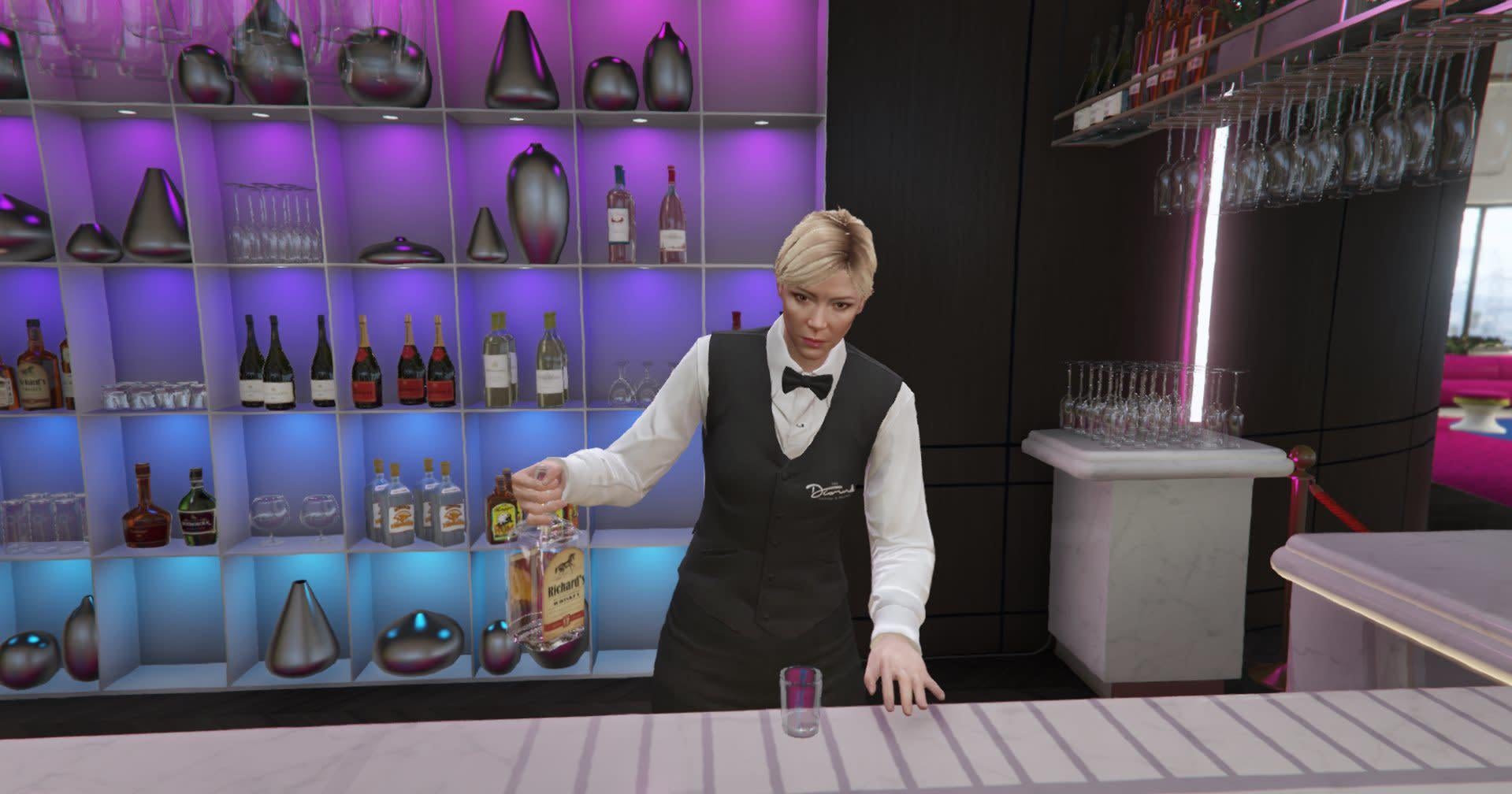 The recently added casino in Grand Theft Auto Online has become a popular spot for players and has led to GTA Online reaching its highest number of active players since launch. But while the slot machines and card games are a big draw, there is a secret hidden in the casino for those willing to get really drunk, possibly multiple times.

The secret mission involves the player waking up after getting really drunk. An ambulance and some paramedics are near them, presumably due to their hard night of drinking. The player is then contacted by the casino manager and scolded for taking one of the casino’s delivery trucks out for a joyride. The manager will forgive the player for being a drunk arsehole if they return the truck.

To find this secret mission, players first need to own a penthouse in GTA Online’s Diamond Casino & Resort. You need the penthouse to access the story missions that were added in the casino update. Host and play the first mission, Loose Cheng, to unlock casino work missions. These are short, randomly given missions that the player can request using their phone. The secret mission is hidden and is activated by getting drunk, not calling, but you will need these casino work missions unlocked to access it.

Head over to your private penthouse bar or the casino’s public bar and start drinking. Specifically, you need to drink shots of Macbeth Whisky. Each time you drink a shot of this powerful alcohol, your character will get very drunk, eventually blacking out and waking up in a different spot.

Some players have found themselves transported outside the casino, to their own penthouse and to the casino’s bathrooms. To get the secret, you just have to keep drinking shots, over and over, until you get lucky enough to wake up in the mission.

If this sounds familiar, that’s because this particular whisky shot was used in a different secret in GTA Online last year. In the nightclub update, players could drink this same alcohol and randomly wake up in different spots in the city. If you were lucky, or persistent, you could eventually wake up with a new exclusive shirt.

Unlike that secret and its exclusive piece of clothing, the reward for the hidden casino mission isn’t very impressive. It pays out around the same amount of similar casino jobs. However, there is some humorous dialogue that can be triggered while doing this secret mission, with Ms. Baker, the casino manager, claiming she’s never met someone who can be so offensive without saying a word, a reference to the fact your character in GTA Online never speaks.

Be careful when trying to get this secret mission. Some players have reported weird issues occurring when they wake up in their penthouse, like their entire living space getting sucked into a void and the world despawning randomly around them. The dangers of alcohol.