Chaos Is The Hero’s Weapon In Super Smash Bros. Ultimate 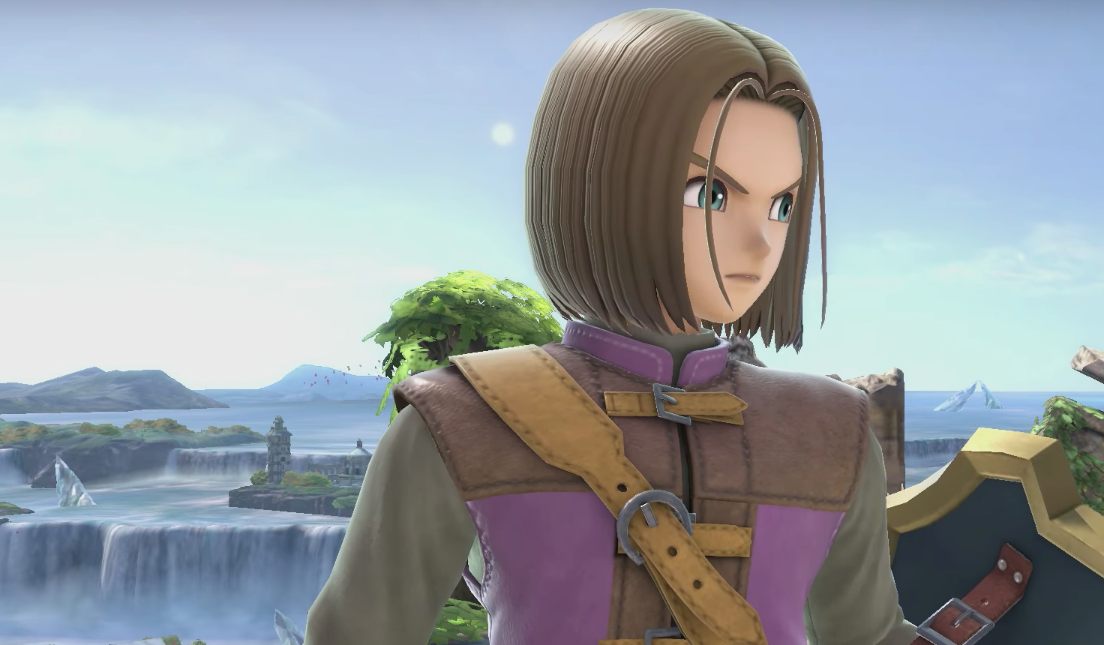 If Super Smash Bros. Ultimate’s newest fighter, Dragon Quest’s Hero, has you baffled, you are not alone.

Playing him for a couple of hours since his release yesterday, I’ve found Hero to be a very strange bird with lots of potential for hype-making moments. Hero has the most moves of any fighter in the game. The character is actually four characters, each from a different Dragon Quest game. He has a mana system. Hell, he has a Japanese role-playing game-style menu. It’s not hyperbole to say that, throughout Smash’s 20-year history, this level of huh? was never achieved.

Hero’s moveset reads like ‘80s rap lyrics about Pokemon evolutions: Zap/Zapple/Kazap, Woosh/Swoosh/Kaswoosh, Frizz/Frizzle/Kafrizz. Those refer to, respectively, his B-sideways, B-up and B special moves. The reason for their wacky, tripartite names is that the moves can become more powerful and expand their range depending on how long you charge them up. For example, Zap is just a short-range and horizontal lightning attack, while Zapple adds a vertical component and Kazap has a huge vertical component and a massive, circular swoop of lightning.

This means that players who get too greedy charging up their B moves will be playing with fire — literally in the case of Frizz, a fireball attack. It’s one of the many fun, split-second strategy decisions Hero asks from its player.

All of the special attacks cost mana, a resource that begins at 100. If the player attempts a move for which Hero doesn’t have enough mana, Hero can’t do the move. That’s particularly frustrating when, say, the player has charged up a mega-powerful Kafrizz fireball that they then can’t actually expel because they’ve already spent their mana on other special attacks. It pays off to know about how much mana each move costs and to budget accordingly, although that will be a tall order for the more chaos-loving players who might be attracted to Hero in the first place.

Also in the “good luck, chump” category, and adding to the Hero’s volatility, his smash attacks have a small critical hit chance.

What really makes Hero this prince of chaos is his command selection mechanic, a randomised and rotating moveset that lives on a menu down by Hero’s mana counter and damage. If you’re in exactly the right position to pull off a self-destructing Kamikazee move, but all you have are buffs, you’re out of luck. Yet if you find yourself with the Snooze option, which puts opponents to sleep and thereby opens them up to a huge attack, you might earn an unexpected kill. Hero is all about making the best of what’s available and mastering the volatility of the commands. There’s even a Hocus Pocus move that triggers a random command or status effect.

In total, there are 18 randomised commands to be selected, and it’s up to the player to know and manage the mana cost of each. The big KO moves, like Magic Burst, will eat up all of Hero’s mana in exchange for a massive explosion and also make for “OOOOOOOO!!!” moments in local multiplayer games. Some moves are big question marks, or highly situational, like Metal Slash, which instantly knocks out opponents who have the metal status effect. (Notably, Hero also has a move that turns himself into metal.)

A move from the randomised command list menu will initiate immediately after it’s selected, so in the midst of battle, you might only have the itty bittiest split second to read the options before deciding. And since the menu is physically located under the battle, averting your eyes and refocusing your attention fast enough to avoid opponents punishing you is tricky.

This was a strange design decision, since the fighter Shulk had a similar menu in a previous Smash before Smash’s developers moved it to above the character’s head in Smash Ultimate. But who knows what they were thinking.

There’s beef to be had by competitive-minded players who hate not having complete control of a fighter, and Hero’s randomised nature does mean sacrificing a certain amount of control. For casual players who embrace Smash’s bedlam and entropy, the command selection menu is a perfect reflection of that side of the game.