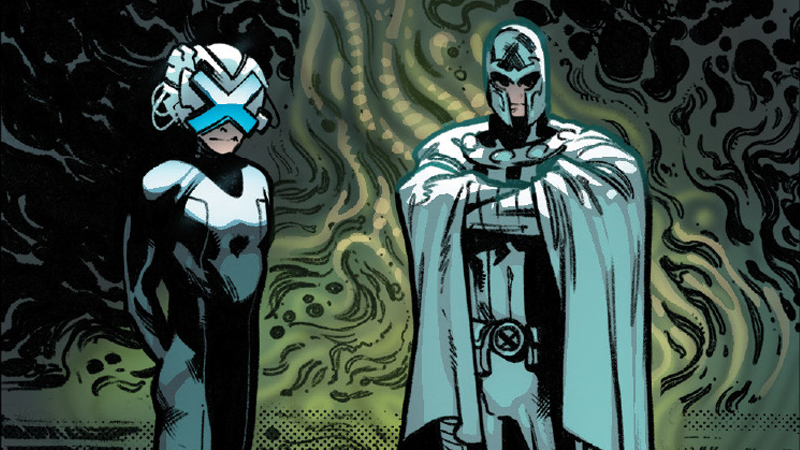 Jonathan Hickman’s ongoing rejuvenation of the X-Men has already asked question their entire history as we know it. This week’s entry in the House of X/Powers of X duology is no different, and it’s perhaps its boldest move yet. 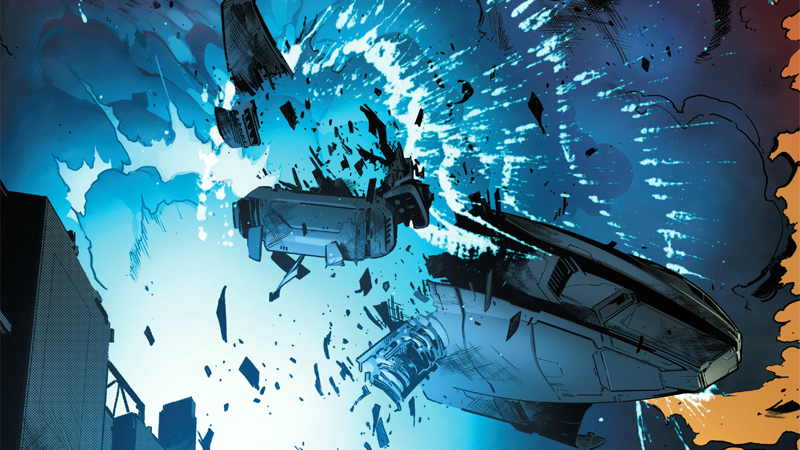 Or do they? We’ll get back to that in a bit.

Picking up on the suicide mission planned by Cyclops, Magneto, and Charles Xavier back in Powers of X #2, House of X #3 is mostly a meditation on what it means to die. The group was meant to infiltrate the Mother Mould Sentinel-creator being built in secret on the Orchis space station orbiting the sun as humanity’s answer to the new mutant sovereign nation of Krakoa.

The exploration of death is seemingly literal, as the issue concludes with the X-Men’s scout ship being blown up mid-mission, but also figuratively”as various characters ponder what the idea of dying truly means.

It is an issue where the threat, the specter of death, lingers ever-presently. Cyclops handpicks his team of mutants”one that includes Wolverine, Monet, Jean Grey, Angel, Nightcrawler, and Mystique”for the suicide mission, heroes willing to give their lives for the cause. The human scientists the X-Men are going after aboard Orchis’ station are striving toward their research on A.I. and the Sentinel program out of a fear of their species being killed off by a resurgent mutantkind.

Even Sabretooth, in a brief interlude that sees Emma Frost pick him up from human jurisdiction (as part of Krakoa’s newly-established diplomatic immunity with humankind), stares death in the face, as he faces trial for manslaughter while callously mocking the judge and court that he could gut the lot of them before they could even consider trying to stop him.

The other mood-setter”the clinical, alien tone of the X-Men, previously established with a chilling relish in House of X #1″and this preponderance with death come together within a single character this issue: Professor X himself, and it’s where House of X #3’s meditation on death really becomes interesting.

Aside from his general air of detached unease (from the way he talks to Cyclops as a “son,” as he drills beneath the mask of confidence Cyclops puts up about this mission to remind him that his powers let him sense the fear within his mind), Xavier and Magneto tell Scott Summers something that coalesces a lot of Hickman’s prior philosophical waxing about history and memory in this series so far:

Death is not the end, really. True death can only come if no one remembers you, if history does not remember you. It’s something meant to comfort Cyclops, as Xavier tells him that even as if he falls during this mission, as a founder of Krakoa, history will never forget him. His legacy will endure.

It’s a statement made fascinating within the wider context of these sister series. Moira MacTaggert’s reveal as a mutant with the power to re-incarnate has already flipped the script on everything we know of the X-Men’s history, but, as Xavier puts it, it’s also ensured that, 10 lives or otherwise, she can never truly die, because she has enmeshed herself as part of that history — and its future, thanks to the time-twisting events of Powers of X‘s future timelines.

Even further than that into the future, we’ve already begun to theorise about Nimrod and the Librarian’s plans with the Phalanx, having created a living world-mind of mutant souls in the hopes that they might ascend to a new level of existence, and last forever … even if said library is technically populated exclusively by dead mutants.

This idea of death being about memory and history, rather than the actual physical act, in turn, puts the aforementioned seeming death of the X-Men at the issue’s end into further question. Metatextually, we know as readers that this is not likely this team’s end; after all, Logan, Scott, and Jean are alive and well on the cover of X-Men #1, due out in October.

Within the text of House of X itself, we’ve already seen mutants we had known to be dead seemingly alive and well with no explanation. Hell, as mentioned before, we have already seen Moira die multiple times, learn from those deaths”with a little nudge or two from Destiny”and carry on in her cycle of lives. So, we’re to ask ourselves again: are the X-Men really dead?

Probably not. Or at least, this form of them might be, but there are ways for them to return, beyond Xavier’s idea of them living on in thought. Think back to those chilling opening pages of House of X #1, with birthed new forms of mutants (one of which that looked suspiciously like Scott Summers) being beckoned to by Xavier, even with his classic rallying cry of “To me, my X-Men.”

And then, think back to Powers of X #1’s bonkers future, where mutantkind fights an endless war with the machine-man forces of Nimrod with clones and chimeric amalgamations of various famous mutants, patchwork soldiers born of Mister Sinister’s experiments with cloning. Has mutantkind learned how to cheat death? And if so, why concern themselves with suicide missions, unless it’s to create martyrs for their cause?

That is an idea itself that leads to this seemingly fatal scenario in the first place, when one of the Orchis commanders aboard the station, Erasmus, out of fear that the X-Men have cornered him, decides to blow himself up to take them out. His final words are about how he chooses death in the hopes a better world for humanity might be built out of it”that his sacrifice will be remembered. But if for our cold, clinical mutant heroes, death is but a road bump, who really holds the power in this fight after all?

And so, House of X #3 invites us to return to the issues we’ve had so far and see them in a new context”not just with Tom Muller’s full design for the Krakoan language being revealed, asking us to return to cryptic messages in both House and Powers to decipher them in full after weeks of speculation, but asking us to recontextualise everything that has come so far with this new question of what death actually means.

From those strange, pod-people in House of X #1’s haunting opening pages, to Moira MacTaggert’s cyclical lifetimes, to the sacrifices of a future yet to come to past, to the worldmind of mutant memory“a living library of the dead, maintained so their species is not lost forever”these two intertwined tales are fascinated with the idea of history: of what we leave behind when we’re gone, and what it might mean to live on through that process.

The topsy-turvy release schedule of these two books means we’ll likely see the direct ramifications of this particular cliffhanger revealed next week, as a new issue of House of X arrives in lieu of a Powers of X #4. But for all this pondering about what it means to be remembered, what will likely come to play is a much more vital part of everything Hickman and his teams barrel toward their impending conclusions.

Whatever it ends up meaning, it certainly won’t be forgotten any time soon.