Fire Emblem: Three Houses has been a little bit of a slow burn for me. While I’ve been a fan of the series since Awakening, I found myself beset by choice paralysis in Three Houses when I realised that I did not even remotely feel attached to any of the three precocious rich children with whom I was being asked to ally myself.

You’d think that once I finally chose a house — Black Eagles, based on Heather’s excellent guide to choosing a house — I’d be ripping and running and tearing up the battlefield. Instead, I opted to do a little reading.

“Opted” might be generous. At this point in my gaming career, my attraction to lore has become more akin to a compulsion. When I explored Garreg Mach Monastery for the first time, I painstakingly talked to every NPC that still had a “new text” bubble next to their minimap icon, a feature I both appreciate and lament because it gives me an easy way to lean into my obsessive see-it-all tendencies.

So imagine my surprise and consternation when I realised that, after going through boxes and boxes and boxes of dialog text, there were even more text boxes to scroll through courtesy of the in-game library. 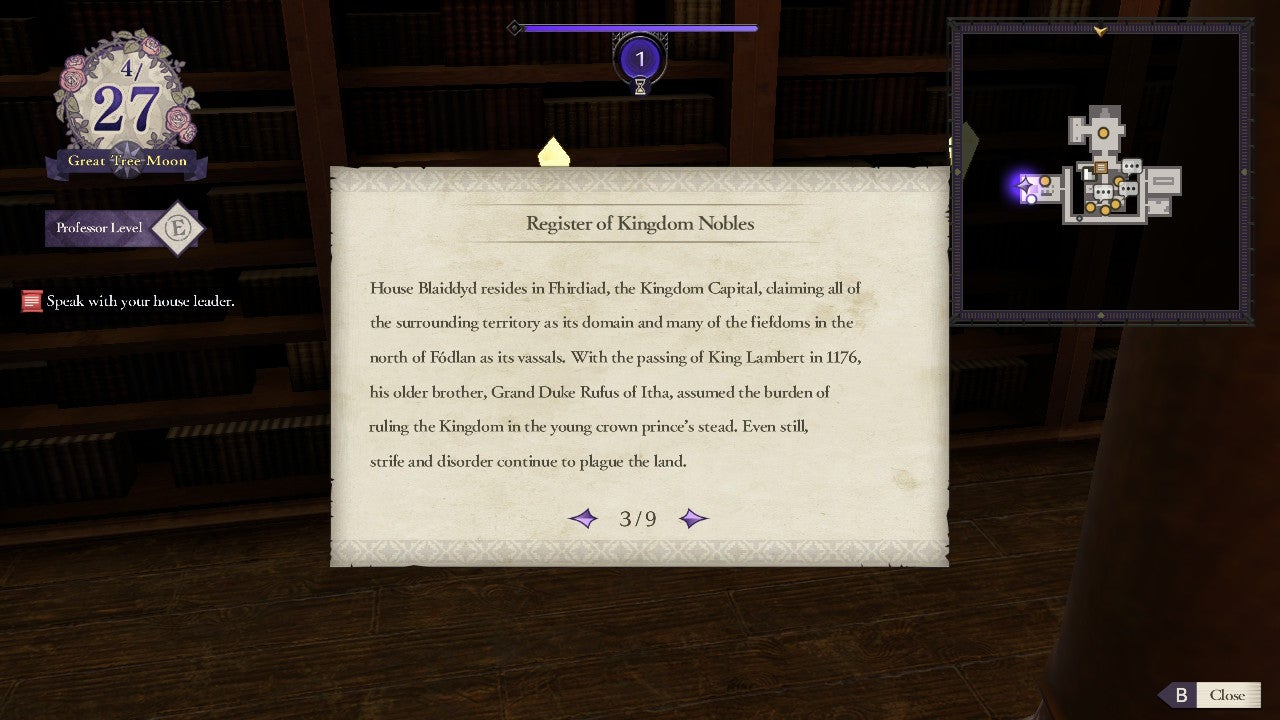 I’m still not even sure what the current year is, but this is riveting!

You can’t actually read all the books in the Three Houses library. It makes sense — there are a lot on those shelves. Instead, as in many games, you walk up to a bookshelf and interact with it for a few boxes of text related to a certain topic: the Church of Seiros, or the geography of Fodlan, or royal genealogy, for example.

A more reasonable person would think, “Well, these books will clearly still be here for me to read at later points in the game, like after I do my first-ever real mission.” But what if there was some lore here that would add a little extra colour to that mission? Or deepen my understanding of the world and characters around me? Maybe I’d stumble on some piece of information that I’d need for a support conversation. The characters I need to connect with in this game are students and teachers, after all, so trading in facts might actually be useful.

Those are all the justifications that I’ve retroactively invented for why I read all of those books. But in the moment, none of that was actually going through my mind. I just felt a deep tugging in the pit of my spirit, something like a disembodied voice whispering, “Natalie, here is a thing you can do, a task you can complete. If you don’t do it right now, you might forget it’s here. Read these textbooks, you fucking coward.”

In the same compulsive way that I counted things as a kid, needing the numbers to be divisible in a certain way to feel “right,” I often find myself giving in and seeking “comfort” in the way of knowing that I’ve completed every little thing I can possibly complete in front of me before I move on to something else.

It didn’t matter that this meant reading blocks of text for which I grossly lacked narrative context, from the climates of places I probably wouldn’t see for several more hours to family histories detailing long lines of nepotism behind characters about whom I already felt ambivalent. 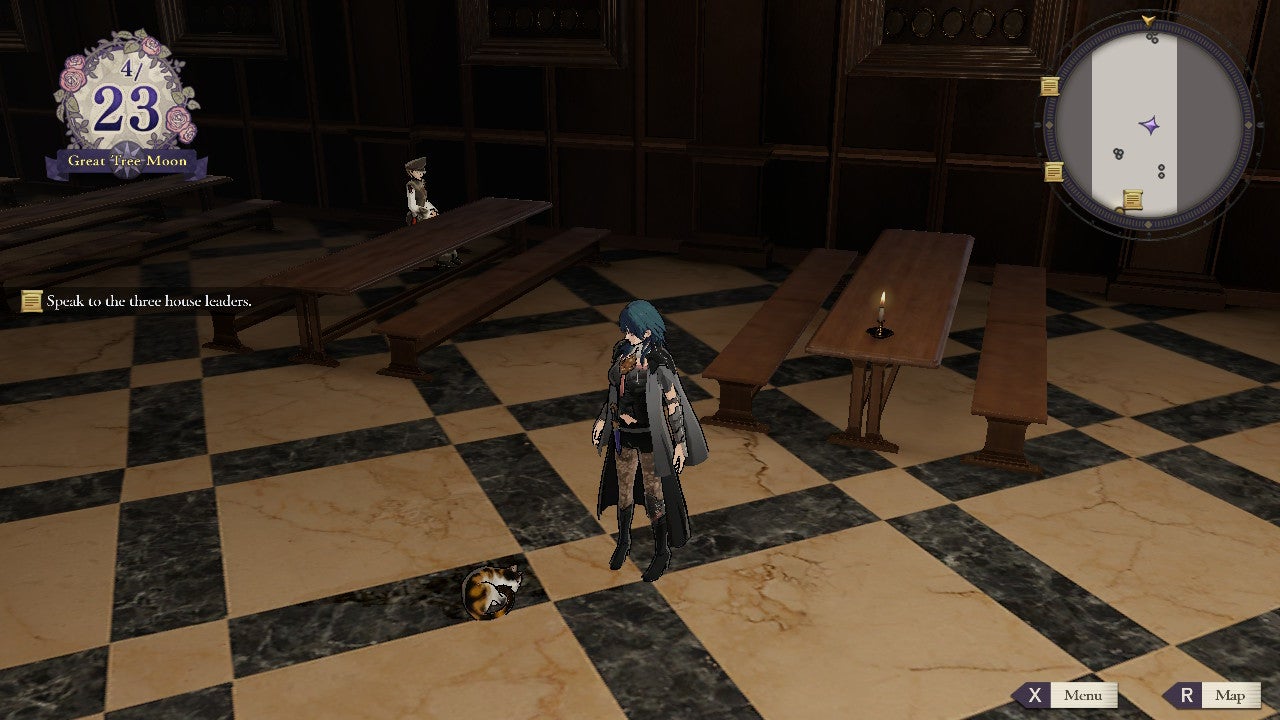 Pictured: another excellent use of my time.

As I said, I’m not technically reading the entire library of books in this game, but only because I can’t. All I can do is watch my character read the books and then provide me, the player, with a summary of their contents.

Because of that, I’ve found myself wondering if I should apply the logic behind the video game library to the other text in the game. If several thousand pages of books can be boiled down into a summary that only lasts for a few text boxes, should I apply that to the rest of the reading I do in the game, like the character dialogues?

Was the two-box chat I had with a random knight actually an hours-long conversation about the minutiae of guarding a dormitory? Were the 45 seconds I spent watching a cat’s idle animations actually three hours of my character’s in-game life? Was the “…” I got from Marianne actually a tense, long silence that broke into a 15-minute staring contest?

I may not be able to accurately measure the time that my character is spending in the library, but the time that I’ve spent on this task as a player is certainly adding up. When I actually get to my first real Fire Emblem battle, I’ll let you know if all the reading paid off. I’ll let you know as soon as I finish reading all the tutorials in the pause menu.