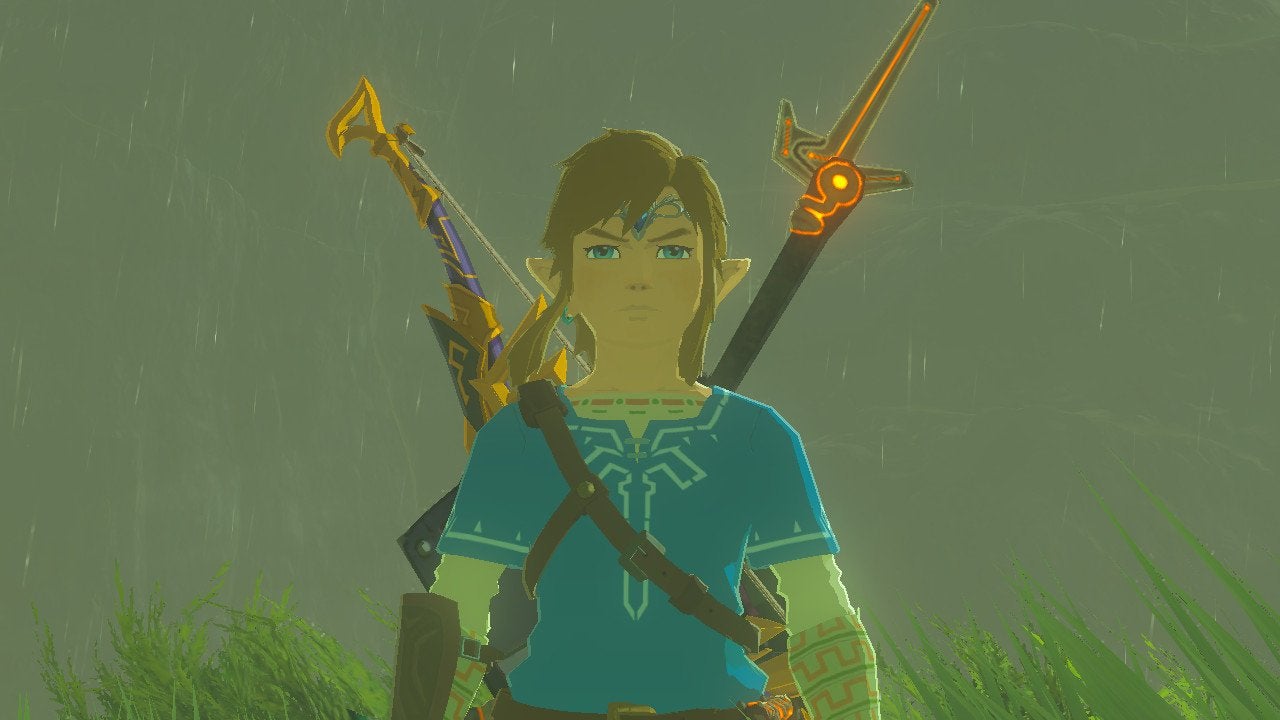 It’s not often I replay games, but when my sister asked for something to play together, I suggested The Legend of Zelda: Breath of the Wild. More than two years had passed since I completed Link’s adventure on my own, and I wanted her to experience it ahead of the recently-announced sequel. Let me recount all the ways I led her astray during her adventures in Hyrule.

I enjoyed my second Breath of the Wild adventure more than my first. It’s probably more accurate to say that I enjoyed it in different ways. The first time I played the Nintendo Switch’s 2017 game, and experienced all the strange and wonderful secrets Hyrule had to offer, it was eye-opening.

This time with my sister, and armed with pre-knowledge of all to expect, I got to watch someone else be enthralled and listen to differing opinions on certain aspects of the game. It was interesting observing her approaches to tackling Hyrule’s various locations (even if I may have influenced her play-style somewhat, in some instances).

I had forgotten so many little details and saw new ones I had previously missed. I can truly say that I came away with a deeper appreciation of the game’s world by the time we were done. But most importantly, I got to watch my sister’s priceless reactions to some of the game’s weirder moments—some of them I wilfully led her to find.

My sister and I have an excellent relationship. We rarely fight or have any sort of sibling rivalry. However, when I was presented with the opportunity to have a little fun at her expense in Breath of the Wild, I took it.

I’m not a terrible person. I just really enjoyed getting the controller thrown at me, sometimes. 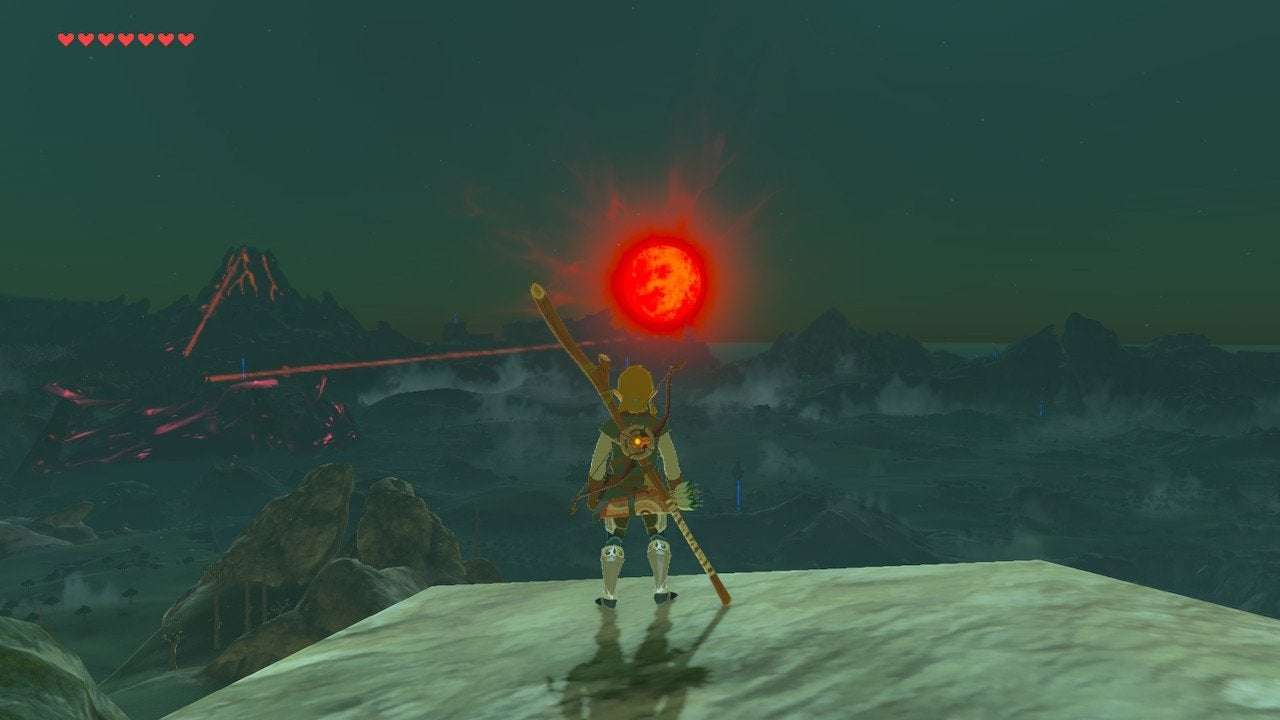 It’s not often my sister plays games on her own, and she especially dislikes the combat aspect to most of them. Exploring and building in games such as Dragon Quest Builders, Harvest Moon and Stardew Valley are more her speed.

This means I’m usually the one to fight most of the battles whenever we play adventure games together. In Breath of the Wild, it was no different. She did have the occasional laugh at setting bokoblins on fire from afar or shooting arrows at Octoroks.

For my part, I mostly kept quiet on all the things she’d find as she wandered across Hyrule. I didn’t want her experience to be ruined by spoilers, and initially, I believed I was being kind. And I was! My intentions were good, I swear.

But eventually, as we played through the early stages and I began to recall my adventures, I knew she’d start experiencing some dreadfully shocking things, which included lots of battles with Calamity Ganon’s forces.

And so, my secret keeping turned to wicked joy when I realised what was in store for her, and I looked forward to how she would react.

During my solo playthrough, the first time I had run into a blood moon — the game’s way of respawning enemies — I was safely indoors at a horse stable. My sister was less fortunate. “Keep going towards the field,” I told her, as I heard the all too familiar change in music whenever a blood moon approaches.

Granted, she was in no real danger when her first blood moon eventually arrived but she panicked and quickly handed me the controller. It was a glorious moment.

The controller hand-off happened a few times during her journey. My sister would happily be exploring some corner of Hyrule and unwittingly stumble upon a sleeping cyclops, the Hinox, or one of those Wizzrobe jerks (after dealing with those spell-casting wizards for a second playthrough, I can truly say these enemies are some of my most hated).

Inactive Guardians suddenly springing to life stressed her out every single time, and I may have smirked in each instance. To be fair, I was also nervous during my solo playthrough of Breath of Wild whenever those huge, deadly mechanical monsters came to life, too.

Quietly watching her fall into dangerous situations (and sometimes, actively encouraging her to explore perilous places) never got old during our 140 hours with Breath of the Wild. 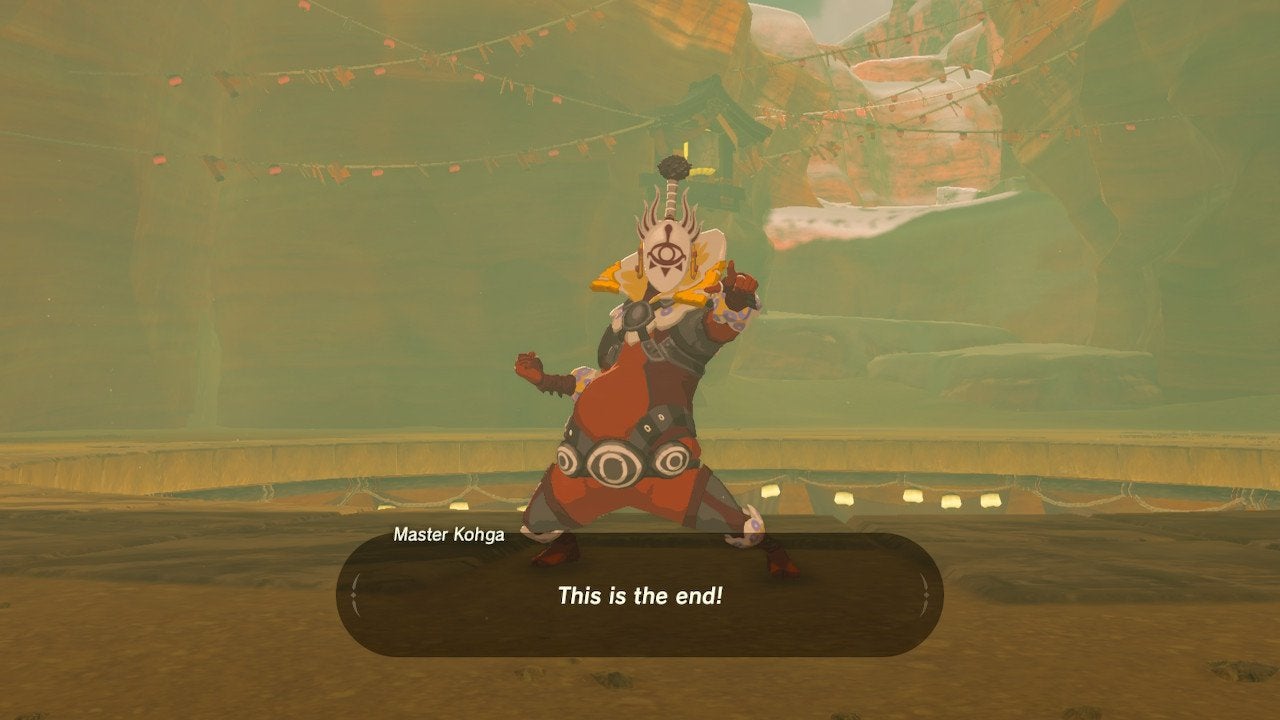 My sister trusted me so much, at first, that when I asked her to stick to the roads in the early hours of the game, she did so without question. Was she happy when she believed she was talking to a hapless traveller but instead incurred the wrath of the Yiga—the clan hellbent on killing Link—in disguise? No, she was not. But was I? Yes, very much so.

Eventually, my secret keeping tactics failed me. She clued into my tricks when she noticed I sat up straight as we headed into the desert to find shrines. Having played the game before, I picked up on clues a lot faster. An open area surrounded by small rocks or ledges?

That’s territory belonging to the terrifying sand monster, the molduga. I couldn’t pull a fast one on her as we approached the area because she saw my reaction. Curses.

I didn’t just lead her into danger, I also withheld quest information from her. This led her to give me some vicious side-eye for dealing with some of Hyrule’s most horrible residents. I’ve discussed some of these awful characters before, so it was fun for me to see how she’d react in turn.

Of course, in some cases, this backfired on me.

When I told her to go investigate the “fairy fountain” knowing full well that the Horse God, a scary deity, lived there, she was aptly terrified when she met him. But then she made me go collect 1000 rupees to recover the cost of activating the Horse God’s services. It was worth it and a small price to pay in exchange for watching her get mad at losing her hard-earned rupees. 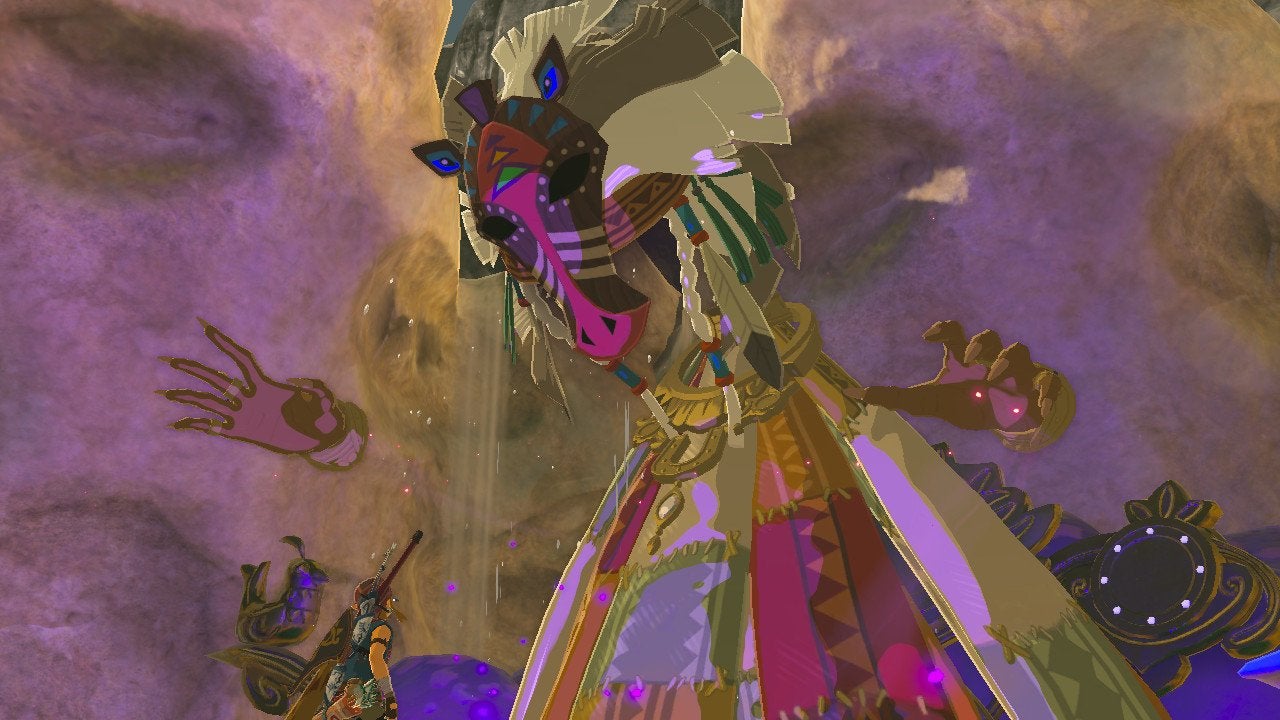 Once she had finished her Tarrey Town quest, I asked her to go back to pick up some additional ones. I encouraged her to complete the Monster Cake quest with Hunnie, and the subsequent Guardian quest with Hagie.

Her response to Hagie’s awful privileged request — making Link fight Guardians for his viewing pleasure like a sport — was so good. My sister vowed to burn the town down that she had so happily built hours before. It’s those moments I’ll cherish forever.

Had I not played the game once more, I also would not have seen the most curious glitch we came upon late one night. It happened some time after we had killed Master Kohga, the leader of the Yiga clan, and I had her on the hunt for rupees, Yiga weapons, and mighty bananas.

By then, she had already yelled at me after realising the increased frequency of Yiga attacks if we were too close to the roads. What we were not expecting was seeing one of the NPC traders — the ones who travel with donkeys—acting strangely on the path near Kakariko village:

Sorry but I don't do business with layabouts #BreathoftheWild #NintendoSwitch pic.twitter.com/dRdDngyd9Y

It happened again at a different village, too. My sister felt very sorry them.

These are some of the best memories I’ll carry with me in life, made all the better by having my sister there to see them unfold in real time.

Adventuring Together Is Always Worth The Time 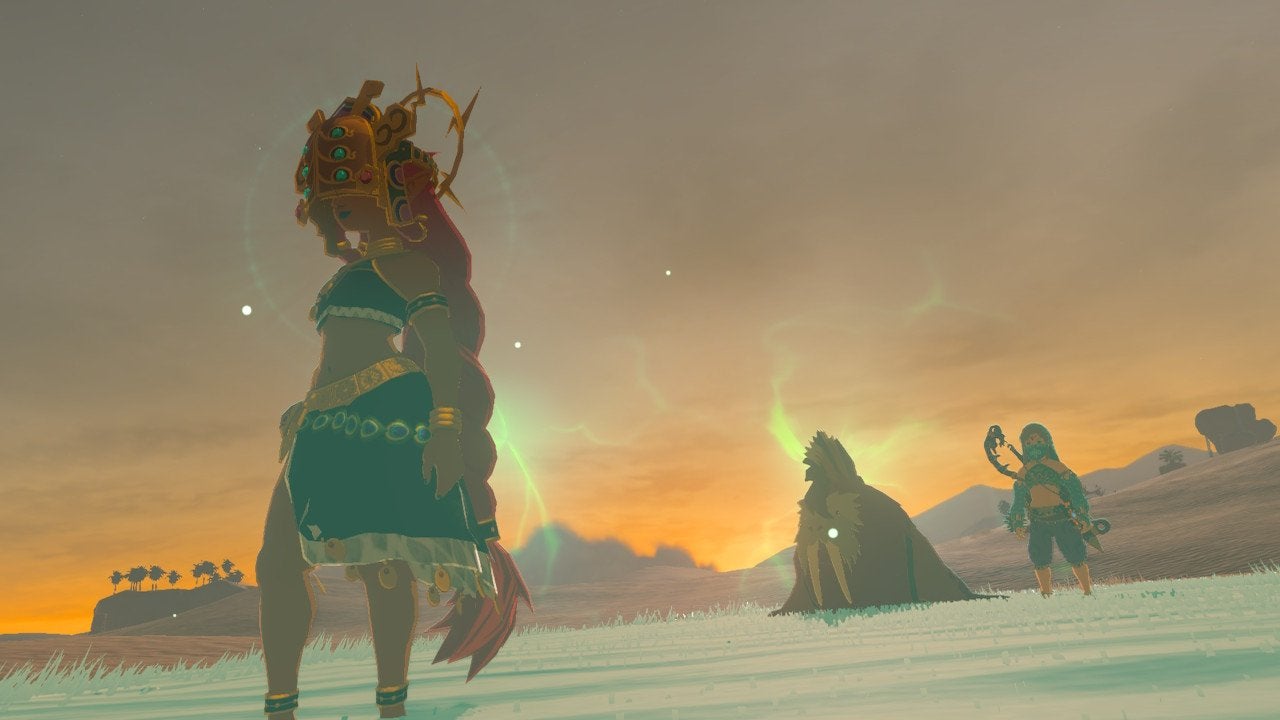 Experiencing Breath of the Wild a second time was fantastic. It wasn’t just that I got to play a little devil at times with my sister (and that certainly was some of the fun) but I also got to another chance to spend quality time with her. It’s nice to just relax, be chased by Guardians, and laugh at all the stupid things we saw and did.

As we get older, I’m constantly thinking about ways to spend time with my family, and sharing my interests with them. Whether it’s God of War with my Dad or scowling at my sister for her wishing that a fearsome lynel would bust me in face in Breath of the Wild, I’m happy we’re afforded the time to do so.

I play a lot of single-player games, and sometimes, I forget that sharing the experience with my loved ones for firsthand accounts — even if it means passing the controller back and forth — is much better than relaying my excitement about something cool that happened in a game through mere discussions.

As an aside, even though I was not the nicest to my sister during her playthrough of Breath of the Wild, don’t worry about her. She absolutely creates more beautiful living spaces in Dragon Quest Builders 2 than I do, and she has been shoving it in my face at every opportunity. I got my comeuppance.

Do you have fun multiplayer experiences to share with siblings, friends and family? I’d love to hear them.