Indie Developer Explains Why His Art Has To Suck

When you're an indie studio, budgets are tight and sometimes you have to cut corners. For Jeff Vogel, an indie RPG developer since 1994, that corner is his art. His games are renowned for having an aesthetic that could be charitably described as basic, but in two lengthy posts, Vogel explained why that crappy art is actually essential to his studio's survival. 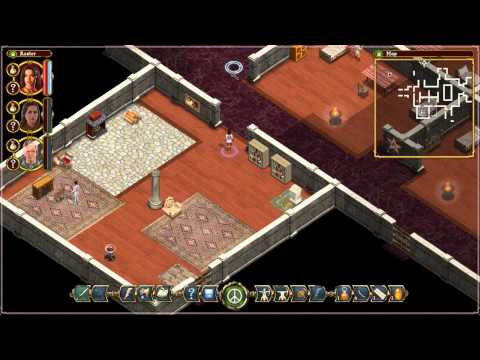 Old-school RPG fans, take note: Spiderweb Software, creators of classic turn-based RPG series Geneforge and Avernum, have revealed the second part of the Avadon trilogy, their newest franchise. Titled Avadon 2: The Corruption, the sequel is expected to arrive on PC and iPad later this year.

Vogel, one of the founders of Spiderweb Software and the maker of RPGs like Avadon and Avernum, explained why the art direction for his games are so basic. Most of the art is produced by freelancers and licence-free work from sites like OpenGameArt, resulting in a look like this...

Vogel explained that the reality of funding indie games is brutal, and he has to make a cold, calculated decision about how much money is spent on the art.

"The competition is intense, and you can never ever match your superiors on price," Vogel wrote. Instead, the trick is to "provide something nobody else can ever provide. Something cool and distinctive that people will rather pay money for your game than get someone else's for free."

For a project to be a success, Vogel wrote it needs to make around $300,000 before Steam, GOG.com, Apple, itch.io and Kickstarter (if used) take their cuts. Vogel takes out nearly $90,000 for business expenses, leaving them with $210,000 based on their recent 20-month project, Queen's Wish: The Conqueror. But that's still not taking out art expenses.

From that, Vogel explained the art budget was as little as $60,000. Cobbling floor and terrain assets from older games, as well as licence-free and cheap artwork, Vogel was able to minimise what needed to be custom-made by freelancers. Vogel uses around 20 contractors for the production of a single game, and in one of his posts, he pointed out how crucial it was that his freelancers used a generic fantasy style that could be replicated by other artists.

"Suppose I get half a game-worth of really neat, funky art, and then my freelancer gets a real job for big bucks," Vogel wrote. "I then have to find a new artist who can match the style of that art and make a lot of it, which is very difficult."

This ragtag bundle of design looks rough but it keeps his budget, and ultimately bottom line, down. If Vogel wanted to hire a full-time art director to get around the freelancer problem, the developer said he'd have to pay around $220,000, and increase sales by around $110,000 (approximately 40,000 copies of Queen's Wish).

"I need to take a bank loan or raid my retirement fund," Vogel said. "Then, if I don't break even, I'm in big trouble."

Vogel's story is ultimately one of success, though. His studio has been operating since 1994 and he's making enough to survive. For many other indies, one game is all they'll manage in their lifespan.

It's a tough world out there for indies so the next time you browse a storefront, spare a thought (or a few dollars) for the lo-fi games over the AAA blockbusters.

66 New Indie Games To Add To Your Pile Of Shame