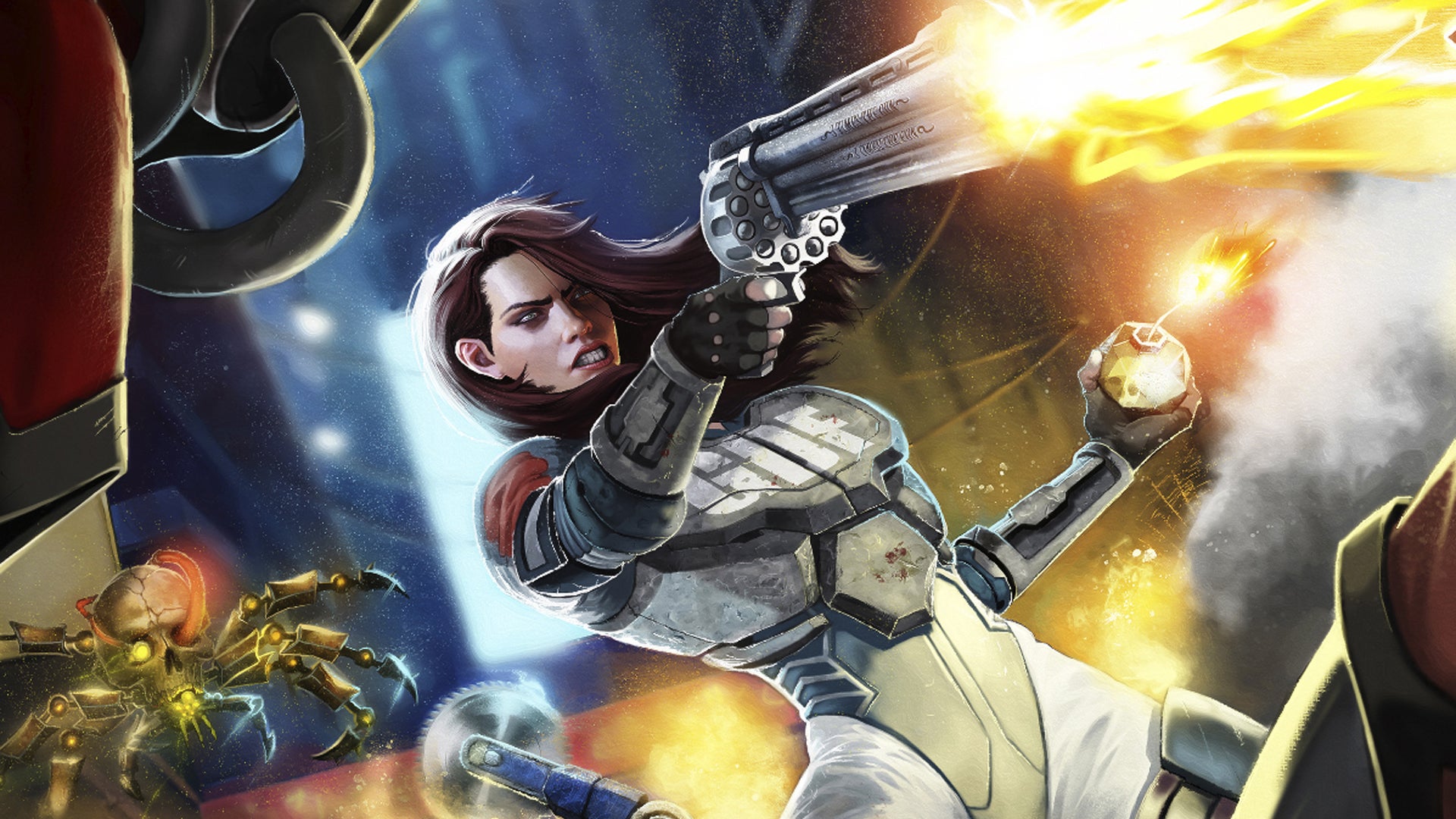 Upon its release, Ion Fury seemed like a bullet-proof success. The Duke Nukem and Shadow Warrior-inspired retro shooter launched earlier this month to rave reviews, with many praising its bloody, chunky blend of old and new. But, shortly after, players discovered homophobic content in the game, and some began to circulate screenshots of transphobic and sexist comments made by the game’s its developers on Discord. Last week, the game’s developer and publisher apologised and said they’d remove the homophobic content from the game. This week, the Ion Fury team is singing a different tune.

Ion Fury lead developer Richard Gobeille, who goes by the handle “Terminx” on Steam and who had appeared to have taken part in the Discord conversations criticising “SJWs,” feminists, and trans people, posted a statement via his Steam account that was described as a “Joint statement from Voidpoint and 3D Realms.”

“We will absolutely NOT be censoring Ion Fury or any of our other games, now or in the future, including but not limited to by removing gags such as gaming’s most controversial facial wash,” the statement said.

The in-game content, which Voidpoint had deemed “homophobic” in a statement to Eurogamer last week, included shampoo bottles with the word “OGAY” on them, as well as a secret area containing the word “fagbag.” This, alongside the derogatory Discord comments from two Ion Fury developers about trans people and women, had inspired the studio and publisher 3D Realms to respond. In last week’s statement, Voidpoint had described the comments and in-game content as “insensitive, unacceptable, and counterproductive to causes of equality,” saying that it would donate $US10,000 ($14,763) to LGBTQ anti-suicide non-profit The Trevor Project and patch the content out of the game. Publisher 3D Realms said the content was “not approved by us” and said future contracts would allow the publisher to sever relationships with anyone who didn’t follow its “zero-tolerance policy for hate speech.”

Since then, Ion Fury has been dogged by negative reviews, dropping its almost unanimously positive Steam score down to “mostly positive” overall. Reviews left in the past 30 days average out as being “mixed.” Recent negative reviews largely rage about — you guessed it — the developers caving to “SJWs” and “censorship.”

“If I could refund this game at this point, I would,” reads one of over 400 negative reviews published last week. “I would because, despite being a wonderful game and something I’ve dreamed since FPSs all turned into generic ‘Call of Dutys,’ I won’t EVER support a company that caves in to the cries of the oh-so-oppressed boo-hoo snowflakes.”

Steam’s new anti-review bomb system — which supposedly notes when there has been “off-topic review activity” and removes all reviews during a specific time period from a game’s score — did not flag this deluge of negativity. Some of these reviews did technically relate to in-game content, even though no changes have actually been made to the game yet. Kotaku reached out to Valve for more information, but did not receive a response.

Regardless, Voidpoint and 3D Realms appear to have heard the masses, outraged about outrage, loud and clear. 3D Realms issued a separate statement to Kotaku in which it expressed support for Voidpoint’s decision to vociferously defend its joke about how Olay, a shampoo brand that had a catchy commercial in the 90s, is gay.

“Jokes at the expense of marginalised communities will not be present in future games published by 3D Realms,” 3D Realms said. “However, a portion of our community made it loud and clear they felt removing ‘Ogay’ was censorship and should be protected by free speech. Voidpoint wanted to listen and we respected this decision.”

3D Realms noted, however, that the word “fagbag” was added to Ion Fury “without approval from anyone else,” and Voidpoint removed it a few days ago. So the studio did actually modify some in-game content, albeit content that 3D Realms insists is “inaccessible without hacking the game.”

Despite the partial reversal of last week’s sternly worded and seemingly full-throated statements, 3D Realms said Voidpoint is still going to make a donation to The Trevor Project and train its employees in the ancient, corporate-penance-friendly art of “sensitivity.”

“We do not support censorship of creative works of any kind and regret our initial decision to alter a sprite in the game instead of trusting our instincts,” the two companies said in the joint statement, via Richard “Terminx” Gobeille. “3D Realms and Voidpoint stand together on this matter.”

Ion Fury is now receiving negative reviews over its creators’ decision to backtrack on removing homophobia — albeit so far in less overwhelming volume than the review bombs last week.

“After doing the right thing and apologizing and giving away money to a good charity, these idiots decide to reverse their decision after alt-right crybaby bullying,” reads one. “I will not support transphobia and homophobia in any way, and, for the first time in my life, have requested a refund for the game.”