It's Been A While Since An HP Laptop Felt This Competitive

You used to know a cheap HP laptop just by glancing at it. There’d be a lot of plastic painted to look like metal, and it’d probably be too thick. But the new HP Envy 13 is a shockingly good deal of a laptop. It looks good, it’s fast, and boy is it cheap. But as with many devices that seem too good to be true for the price, there are some compromises. 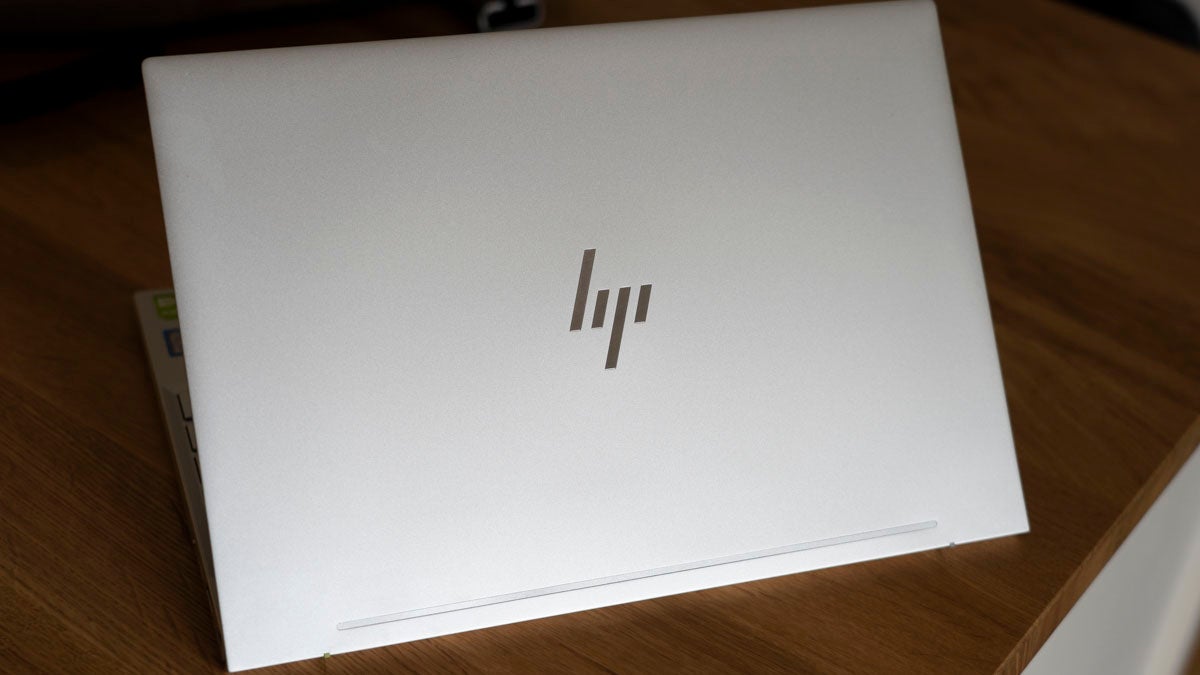 Battery life could be a lot better

Before we talk about the downside, let’s go over just how good a deal the HP Envy 13 is on paper.

Editor's Note: The model number listed for the Australian version of the HP Envy 13 is different, but they share specifications.

Performance-wise the Envy is very capable, easily going toe to toe with more expensive laptops. In Overwatch, on high at 1080p, it managed 47 frames per second compared to the Razer’s 57, but it’s entirely playable, and only the most gruelling and taxing games should give the Envy issues.

The Envy is also a stunner. At the low price point, it’s much better looking than its main competitor in the Lenovo Yoga 730. But even at a higher price point, HP devices have been convincingly stylish in the last few years. This looks and feels like an expensive computer.

There’s none of the flex in the body that you might find in cheap device from, say, Acer. Its all-aluminium body gives it a sturdiness we’ve come to associate with premium devices. Yet at .57 inches thick, it’s thinner than the Razer Blade Stealth, another competitor. There are thoughtful little design notes too, like the smart-looking vents on top and bottom of the device, plus practical additions like a collapsable USB port.

HP did a good job with the hardware across the board. The 1080p display is vibrant and maxes out at over 400 nits brightness — which means it’s visible in sunlight. The trackpad comes standard with Windows Precision drivers, so there’s none of the annoyance using it that I found with pricier HP laptops like the Spectre x360 15. Even the keyboard isn’t bad. It’s mushier feeling than I’d prefer and has none of the clean snap and long travel you find in super keyboards like those in most Lenovo devices.

The big issue with the HP Envy 13 — at least the one with discrete graphics — is that the battery life sucks. In Gizmodo’s battery test, in which we set the brightness to 200 nits and play a 24-hour video on YouTube, the Envy lasted just 7 hours and 2 minutes. By contrast, the Razer Blade Stealth lasted over ten hours. 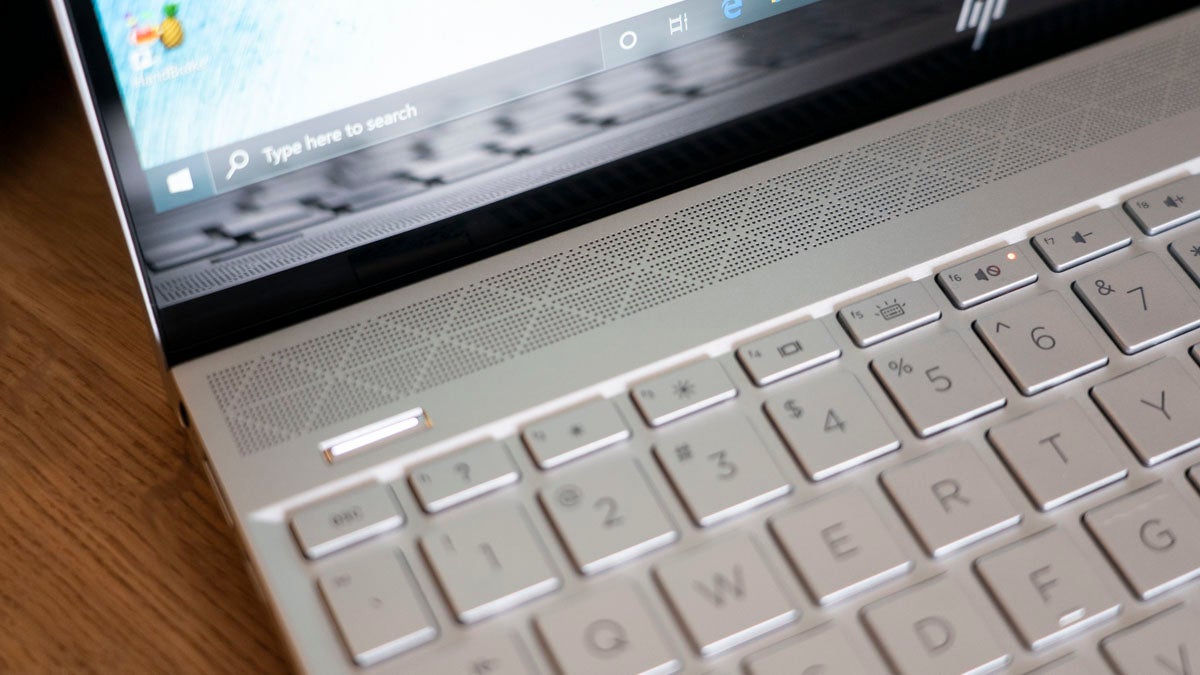 The speaker grill/fan vent on the top of the laptop is very pretty. 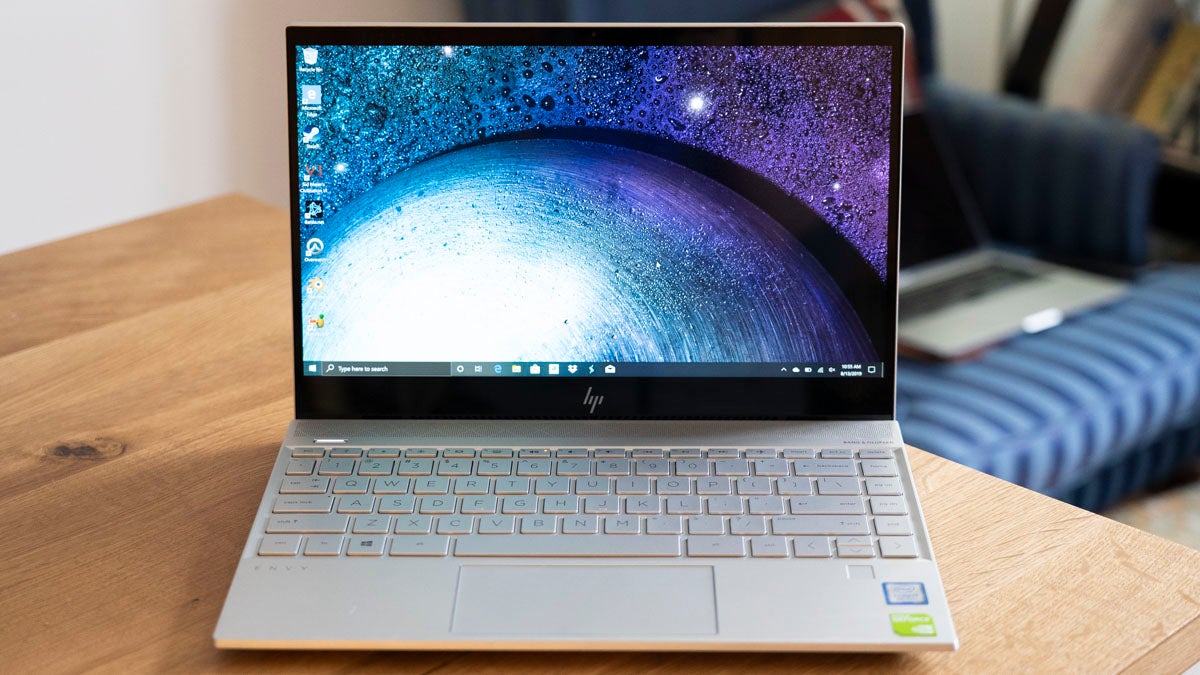 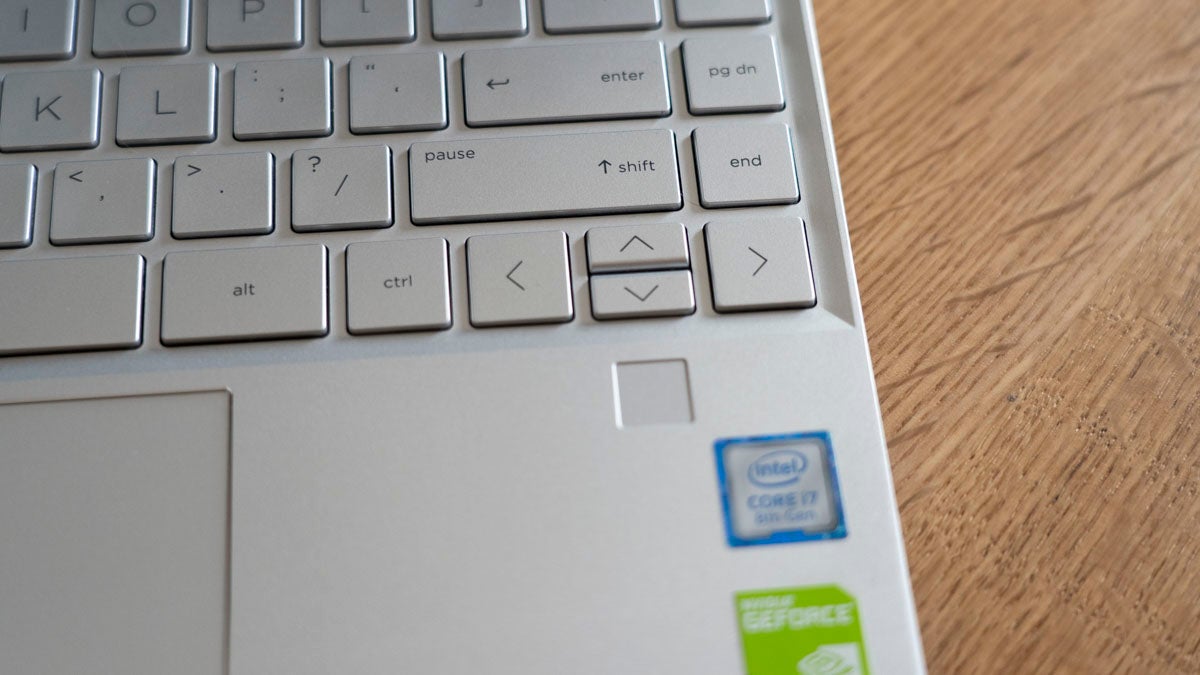 The arrow keys are a little cramped, but I mistyped a lot less than I thought I would. 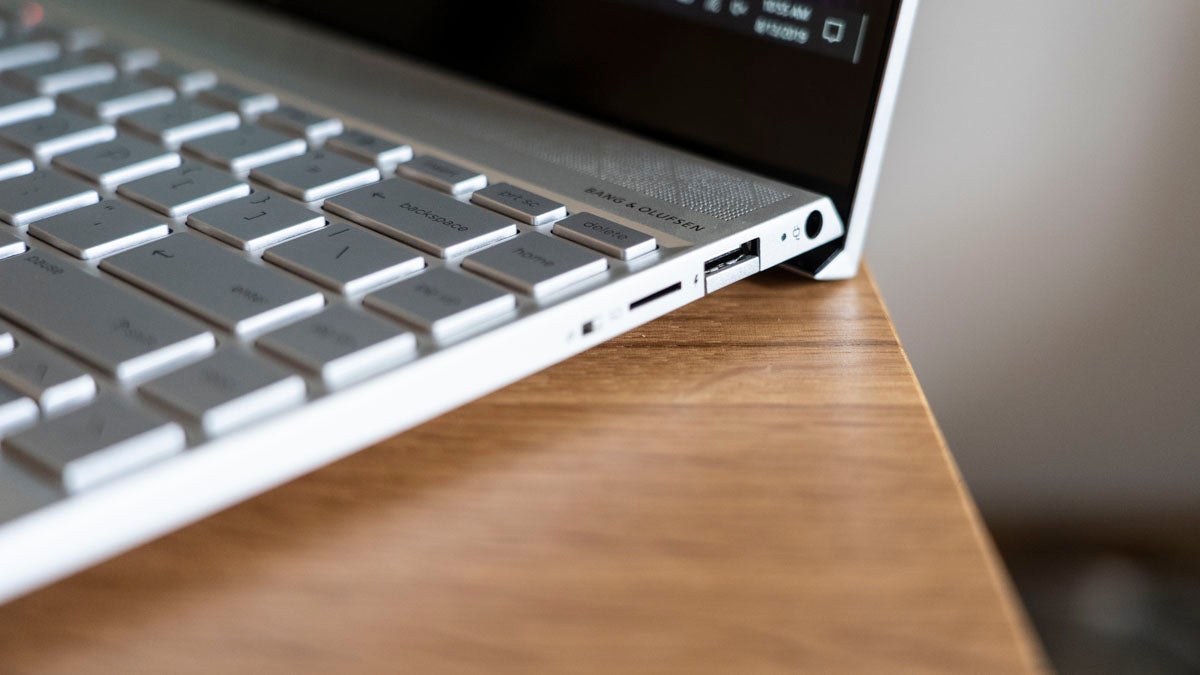 The USB ports expand when needed. The bokeh ate the details of the switch for turning off the webcam, and the available MicroSD slot. 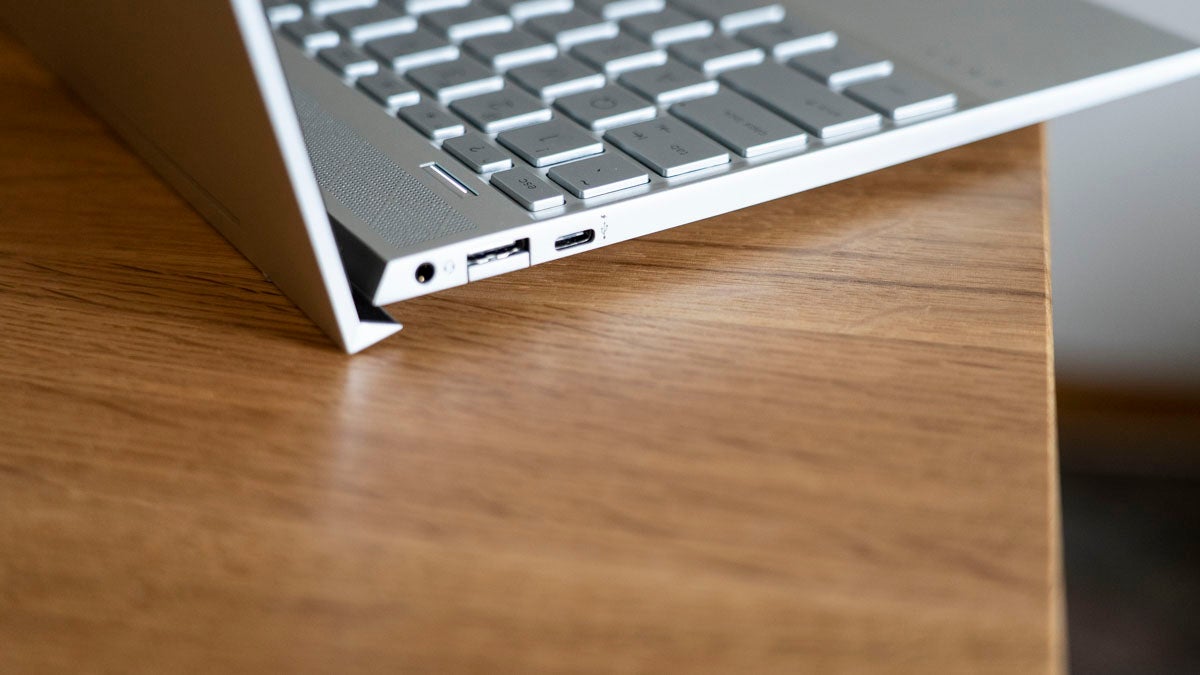 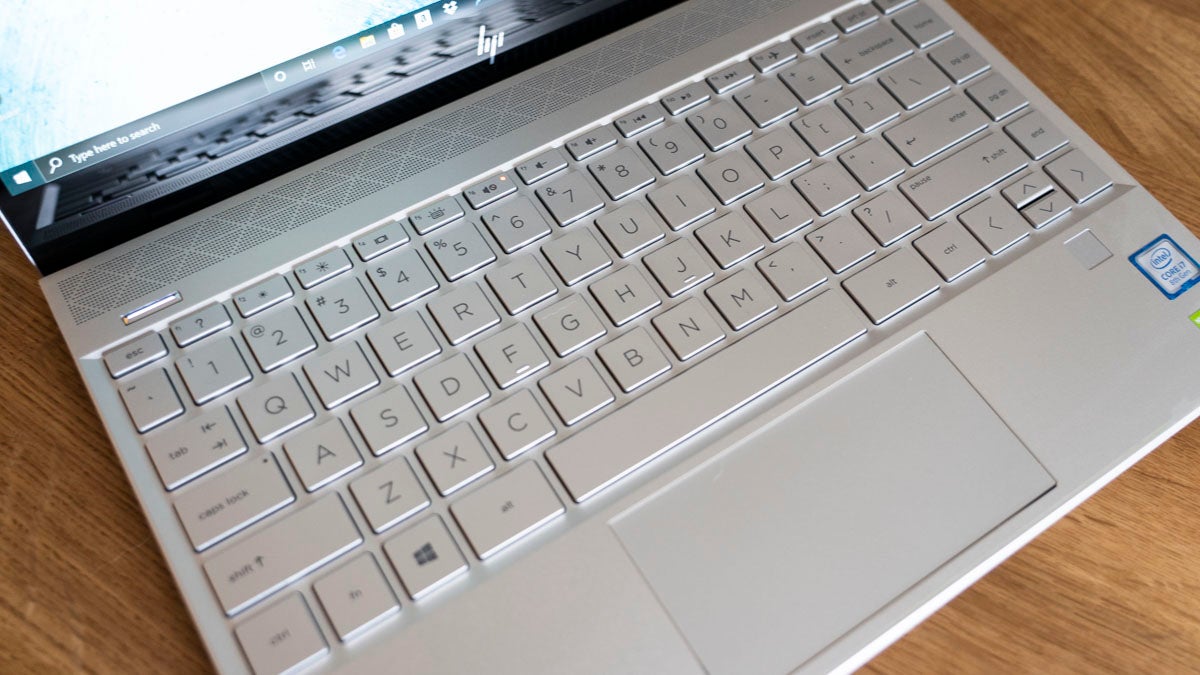 Personally, I don’t think I’m willing to lose that much battery life, but I’m also writing this review from a chair by the window, racing the battery’s life on the HP Envy in the hopes of finishing this review before I have to go get the charger.

I regularly run my laptop down to 5 per cent battery or worse. I feel like plugging in is a hassle. A lot of people are not me! If you typically stay plugged in, if your laptop stays at your desk, or if you simply prefer power and polish over battery life, then 7 hours might be enough. And if you don’t mind losing the discrete graphics, you’ll probably get better battery performance with the base model.

Starting at $1,799, it’s undeniable that the HP Envy 13 gives you a whole lot of device for very reasonable money. If you need to upgrade the computer of someone in your life (be they a student or a parent), or you yourself are looking to save some cash while getting a solid device then the base HP Envy 13 is a very good deal. It’s a shame about the battery life on the souped-up model we tested. With a better battery, it could go from being a good deal to one of the best deals in laptops.