The Necronomicon is a legendary book of unspeakable evil and immeasurable power, capable of summoning creatures of mind-melting horror into existence or bringing about the end of all things. In the new PC game Gibbous: A Cthulhu Adventure, the abominable tome turns a perfectly normal cat into a talking one, and she’s not happy about it at all.

Combining the cosmic horror of H.P. Lovecraft with tongue-in-cheek humour, Gibbous: A Cthulhu Adventure is a love letter to the classic point-and-click adventure games of the LucasArts era. It’s a tale of spooky seaside towns, sinister townsfolk, mysterious magic and ancient evil. It’s also a story in which an archetypical gumshoe named Don R. Keytype, a hapless librarian named Buzz, and a talking cat named Kitteh dodge bumbling cultists as they attempt to unravel the secrets of the Necronomicon.

Hired to search for the Necronomicon — the real one, not one of the countless fakes available on Amazon — Don R. Keytype follows a lead to a library in the scenic town of Darkham. Don’s inquiry is interrupted by an explosion and his subsequent kidnapping, leaving librarian Buzz Kerwin to pick up the pieces.

Fortunately, one of the pieces dislodged by the explosion is the actual Necronomicon. Unfortunately, Buzz recites a spell from the book, transforming his perfectly normal cat, Kitteh, into a talking cat that is not pleased with no longer being able to sleep all day, ignoring the problems of the human world. It’s up to Buzz and Kitteh to find Don, unravel the cultists’ plot, and figure out how to turn Kitteh back into an apathetic ball of fluff.

Gibbous includes everything I love about classic point-and-click adventures. The voiceover work is wonderful, especially the actor portraying Kitteh, stealing every scene with her sardonic cat impression. The characters are smoothly animated against gorgeous hand-painted backgrounds. Developer Stuck in Attic is based out of Transylvania of all places, and the game’s scenery reflects the region’s old-world… we’ll call it charm.

The humour ranges from subtle jokes and pop culture references to loving jabs at the adventure genre. The story and jokes can be a little corny, but that’s OK. Most of us old-school adventure fans are of dad-joke-making age, so it’s right up our alley. In one of my favourite early scenes, Don the detective collects a series of objects in order to create an elaborate fire extinguisher-based rocket device he plans to use to break down a door.

He fills a crevice with tar he collected from a small pool. He places an empty can in the tar at just the right angle. He sticks a piece of wood in the can to serve as a ramp. Finally, he places a fire extinguisher on the ramp, aimed at the door. As he’s about to trigger this ridiculous contraption, someone opens the door from the other side. 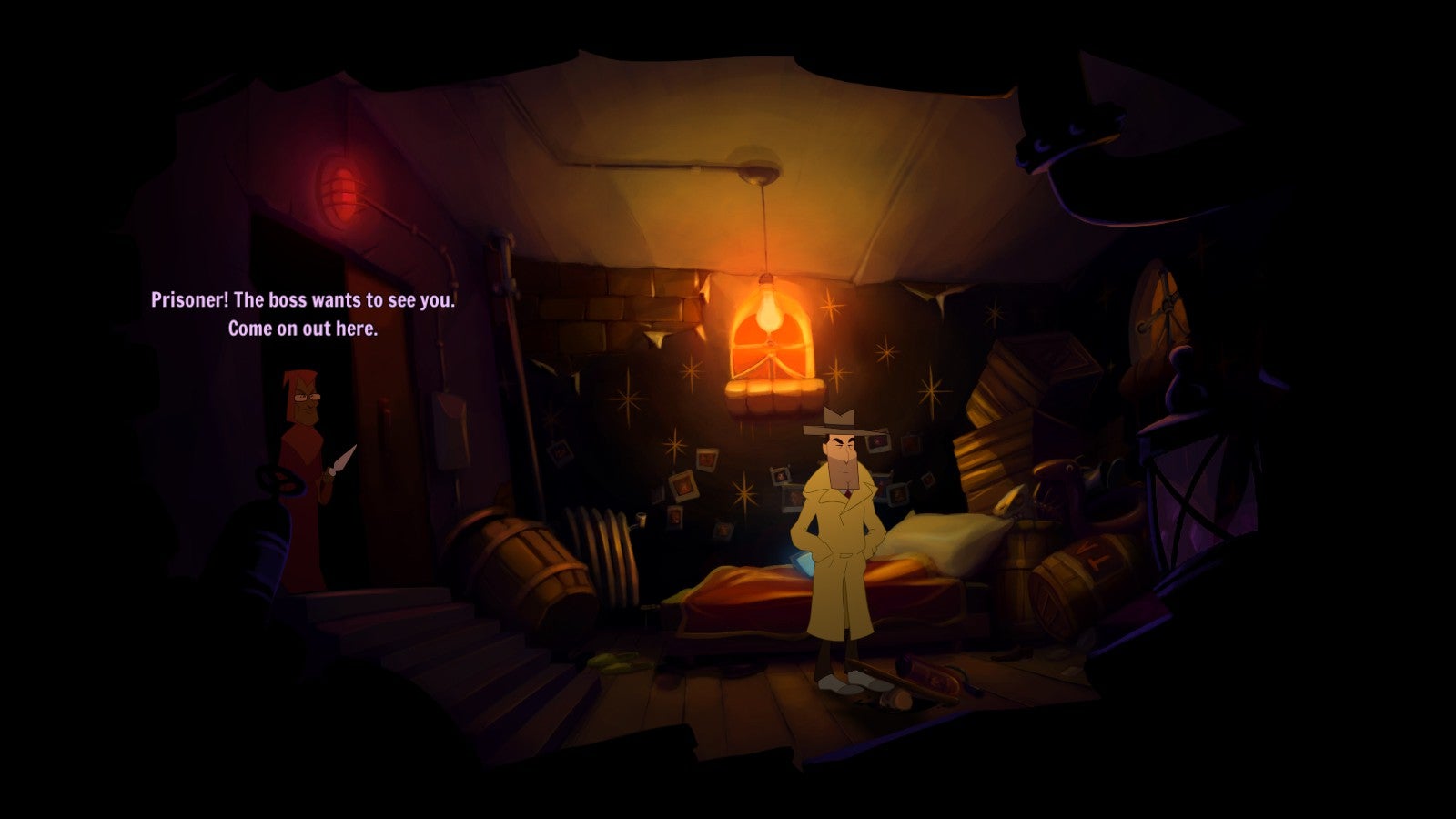 Gibbous also features my favourite point-and-click game feature of all time, massive amounts of things to look at, use, and comment on. With every new scene, I press the spacebar to reveal clickable objects. Every time, I am overwhelmed and overjoyed. 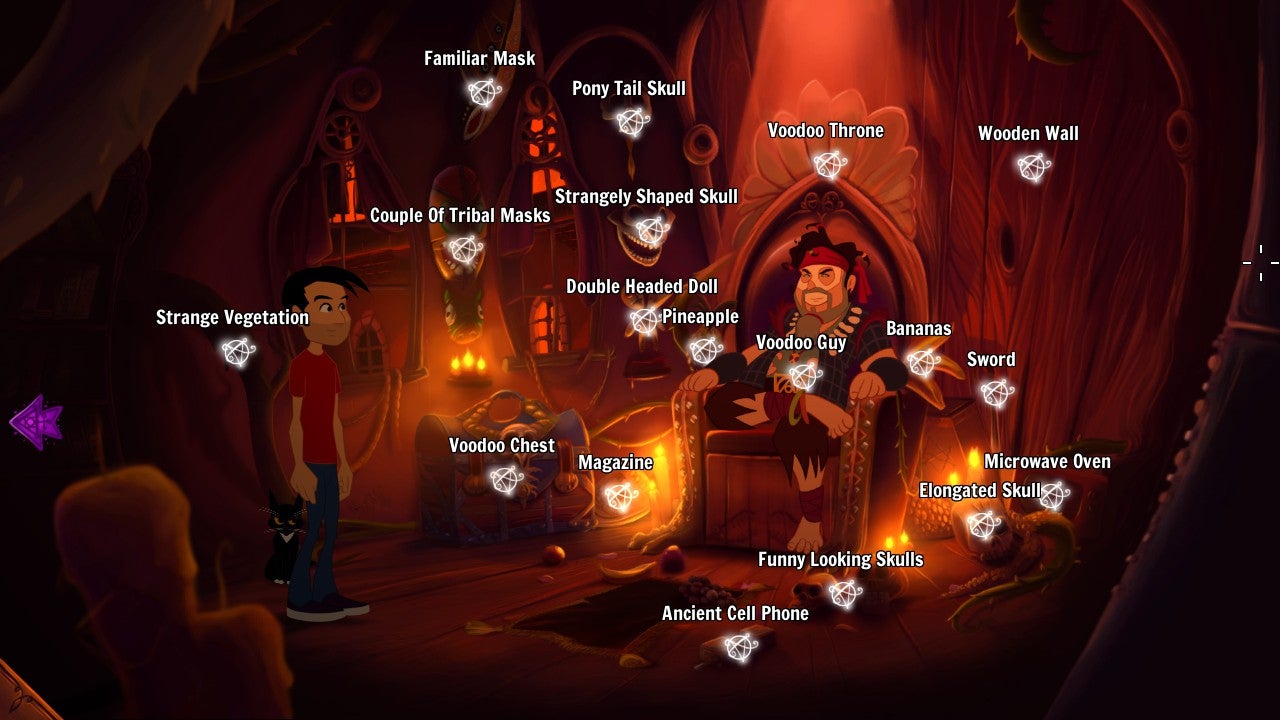 Look at all the stuff! Every named item on the screen features multiple spoken descriptions of some sort. Ninety per cent of it has absolutely nothing to do with making progress in the game. That’s dedication to the craft, right there. It’s how point-and-click adventure classics are made.