In mid-July, Hasbro launched a crowdfunding campaign seeking $848 from 8000 backers each to produce a two-foot-tall action figure of Transformers: The Movie villain Unicron. With the August 31 deadline rapidly approaching and less than a third of the campaign goal reached, things are looking grim for the planet eater.

HasLab is a crowdfunding platform created by Hasbro to make fans’ dream toys a reality. Its first project, Jabba’s Sail Barge from Star Wars, successfully raised $6 million from more than 7,000 backers to create nearly four-foot-long replicas of the iconic vehicle from Return of the Jedi. HasLab’s second project, a massive Transformers figure fans have been dreaming about since the release of the 1986 animated movie, is not going nearly as well. Nearly 30 days in, only $2 million of Hasbro’s $7 million goal has been reached.

Editor’s Note: While Hasbro Pulse doesn’t ship to Australia, they have paired up with Zing Pop Culture in the country to get this bad boy crowdfunded. 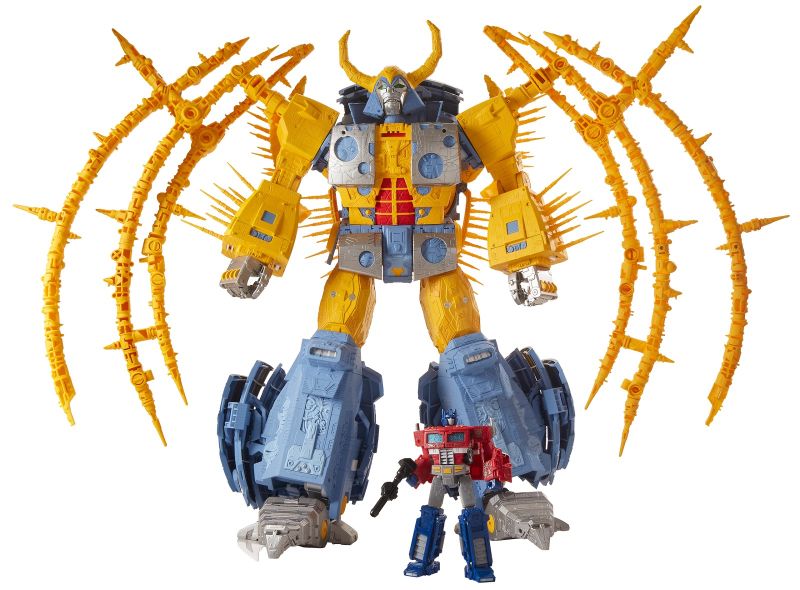 Hasbro’s done its best to promote the massive figure. The company had a prototype on display at San Diego Comic-Con last month. Unicron was all over YouTube, generating a ton of buzz on social media.

The problem is pretty obvious. $848 is too big an ask on such short notice, even when Unicron’s involved. I consider myself a pretty big fan of the Transformers franchise, and I’ve spent a whole lot of money on collecting the figures, but never this much, all at once.

If I had several months to set money aside, maybe. A month and a half? Not happening. Hopefully this and HasLab’s other current seemingly doomed project, a $450 three-foot-tall Cookie Monster figure, will help guide Hasbro toward more reasonable crowdfunding ventures in the future.