Chugging onto store shelves on September 1, the Lego Disney Train and Station set is more than just a $550 piece of buildable Disney memorabilia. It’s a working train set made up of 2,925 Lego bits and controllable via a smartphone app.

The Lego Disney Train and Station are part of Lego’s “Powered Up” line of building sets, which use motors, sensors, and other electronic bits to bring brick-built creations to life. In this case, the tender of the Disney train contains a Powered Up hub and train motor. The motor lets the tender move the locomotive, passenger car, and parlor car around the 20 pieces of included track. The hub connects to the Powered Up app, which users can poke at to control the train’s movement and sound effects.

As its name implies, the station portion of the Lego Disney Train and Station set remains stationary. The front of the building is a stunning recreation of the real-world Disney Station. 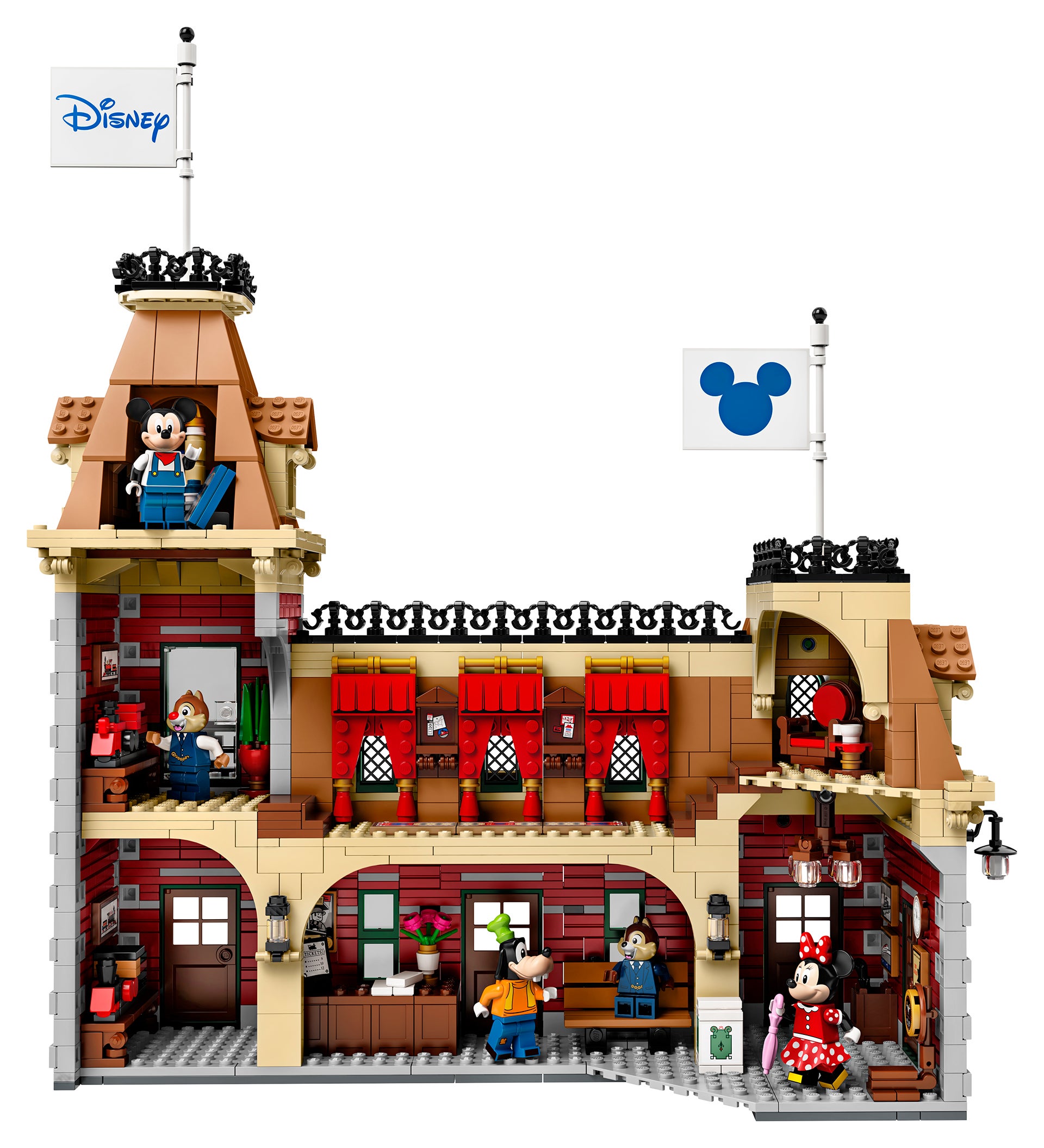 The back of the station is open, with several rooms available for Lego minifigures to explore. I particularly like the room featuring the tiny model train. It’s a toy train inside of a toy train set. 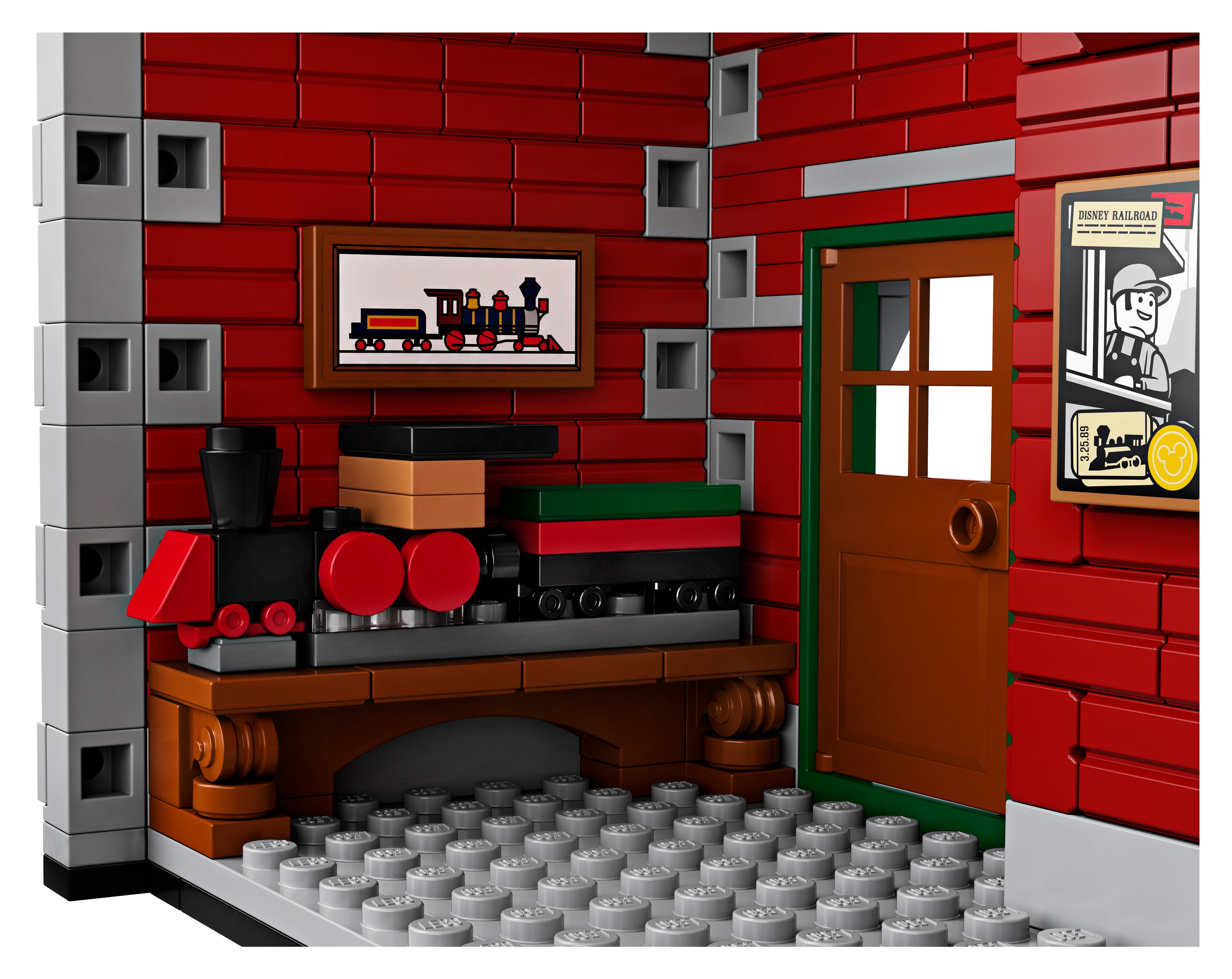 And since no trip to Disneyland would be complete without big-headed mascot characters, the set comes with five of them. Mickey, Minnie, Goofy, and Disney’s resident train conductors, Chip and Dale.

To celebrate the announcement of the Disney Train and Station set, Lego went to Disneyland and took a bunch of beautiful shots of the build alongside its real-world counterpart. 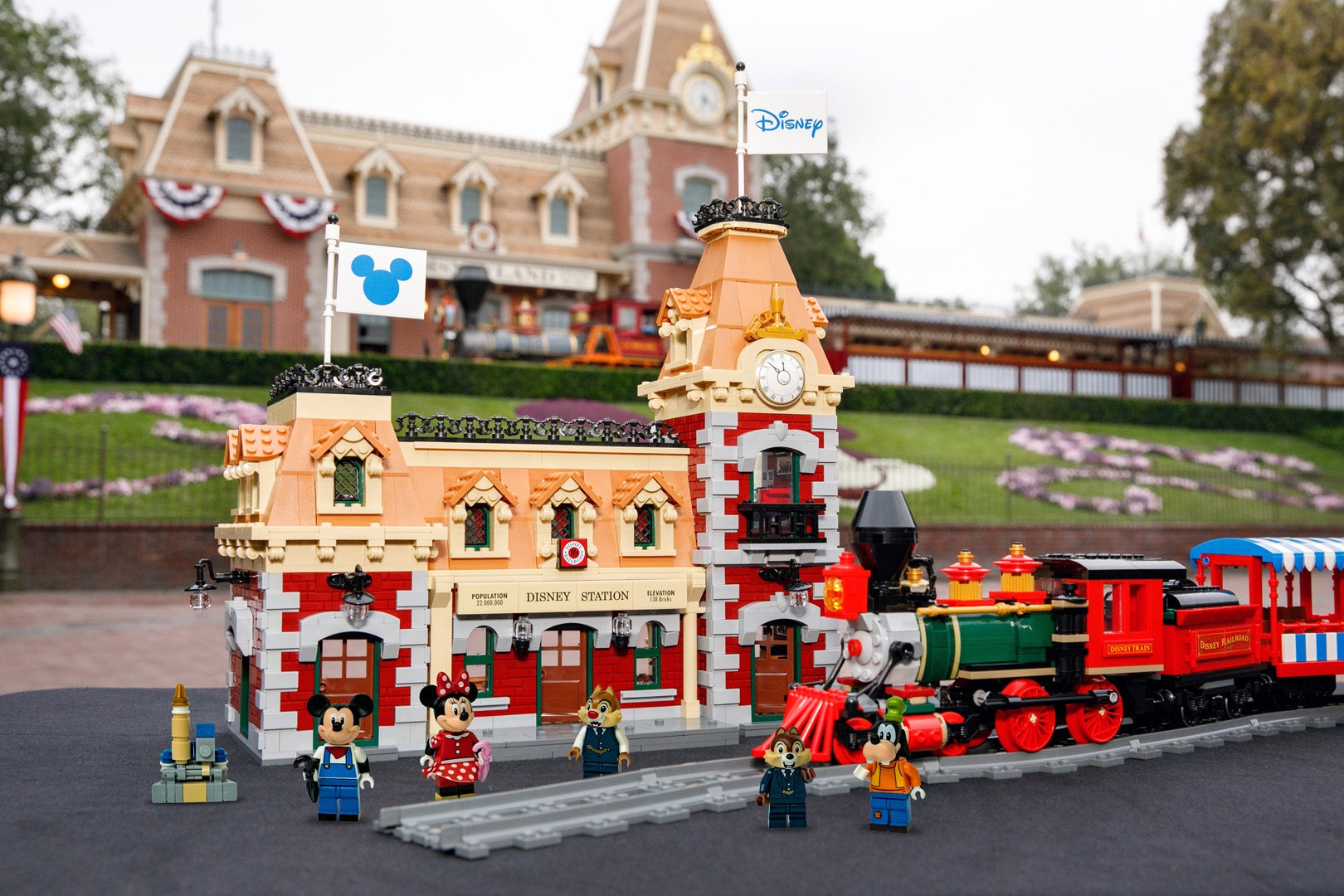 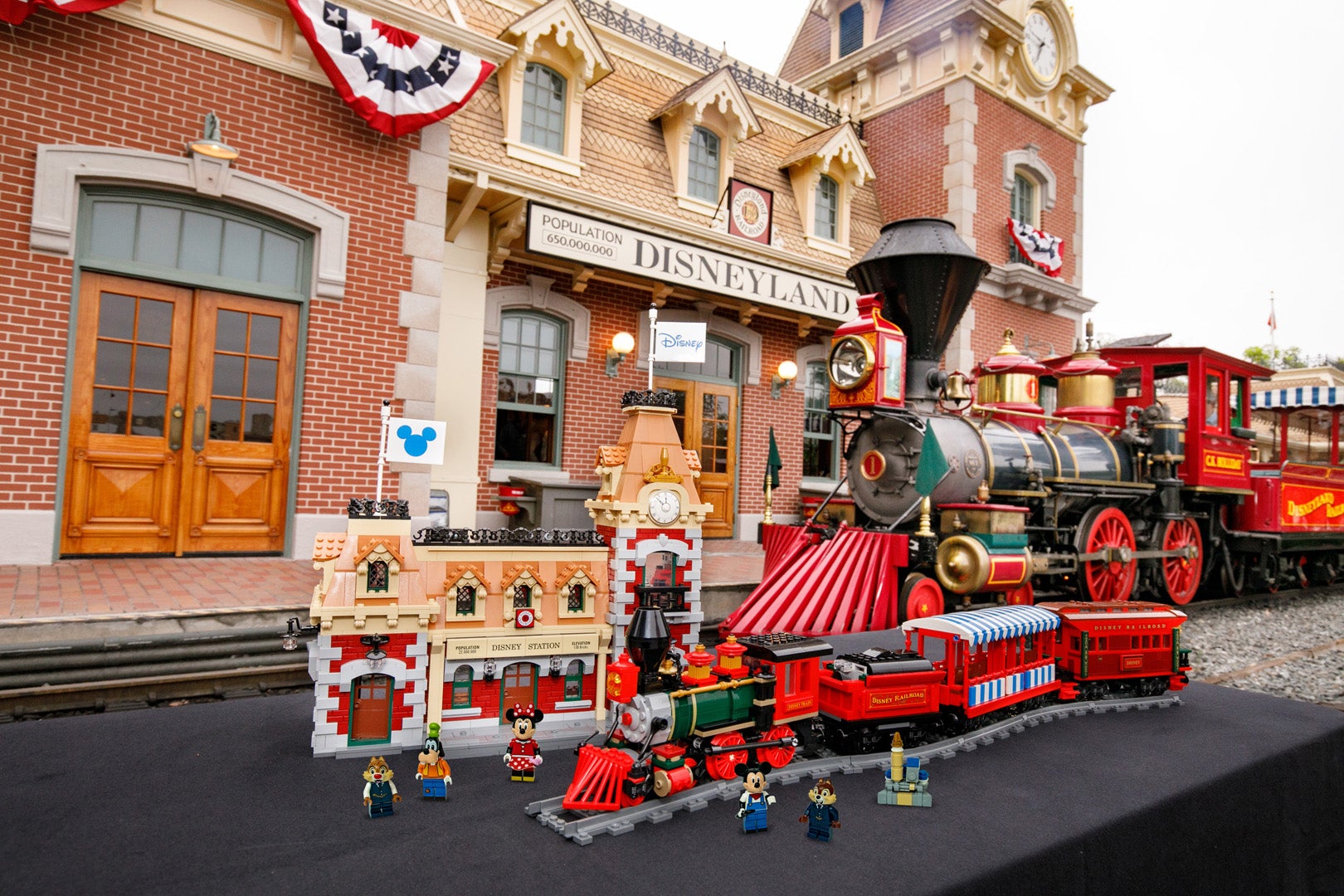 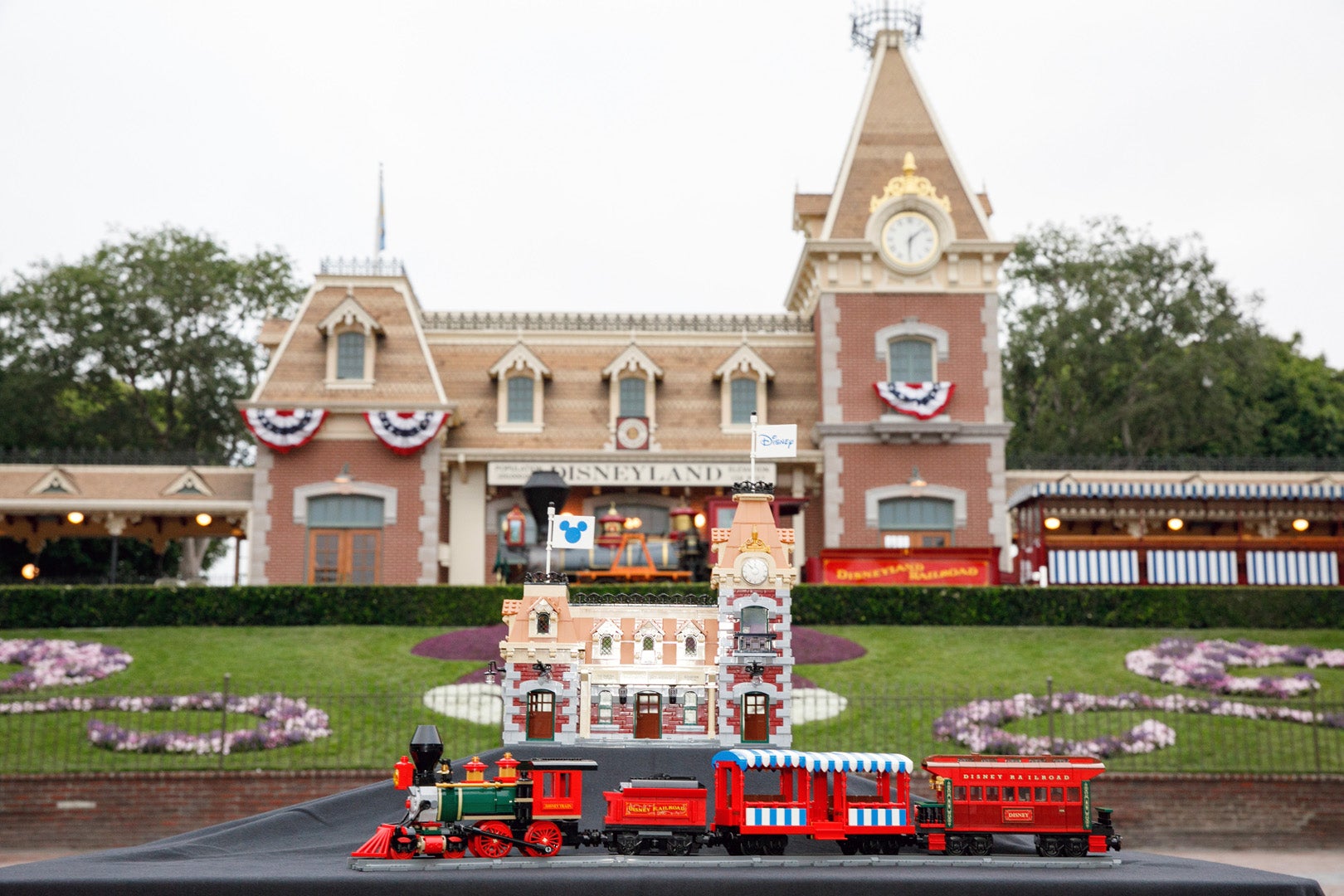 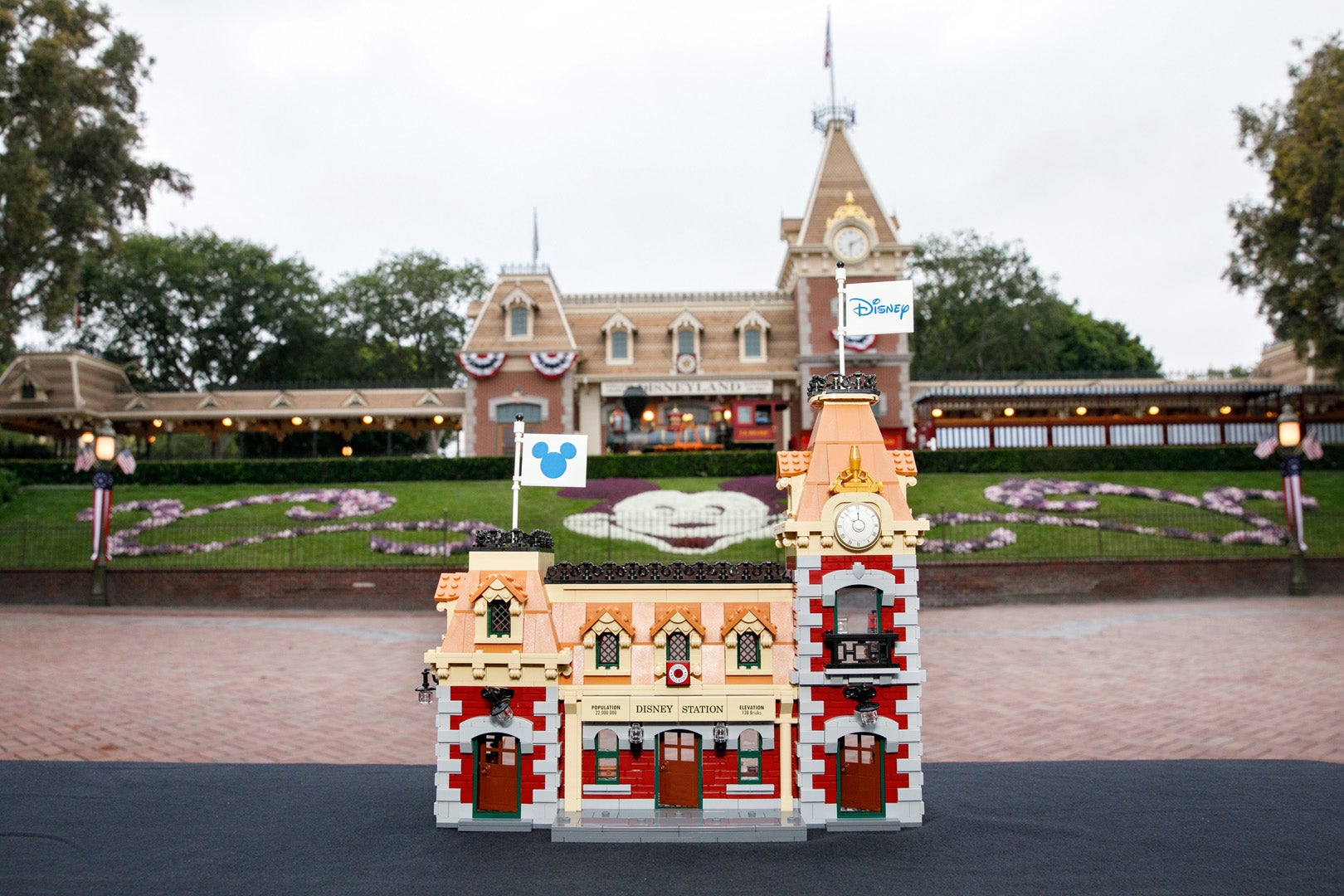 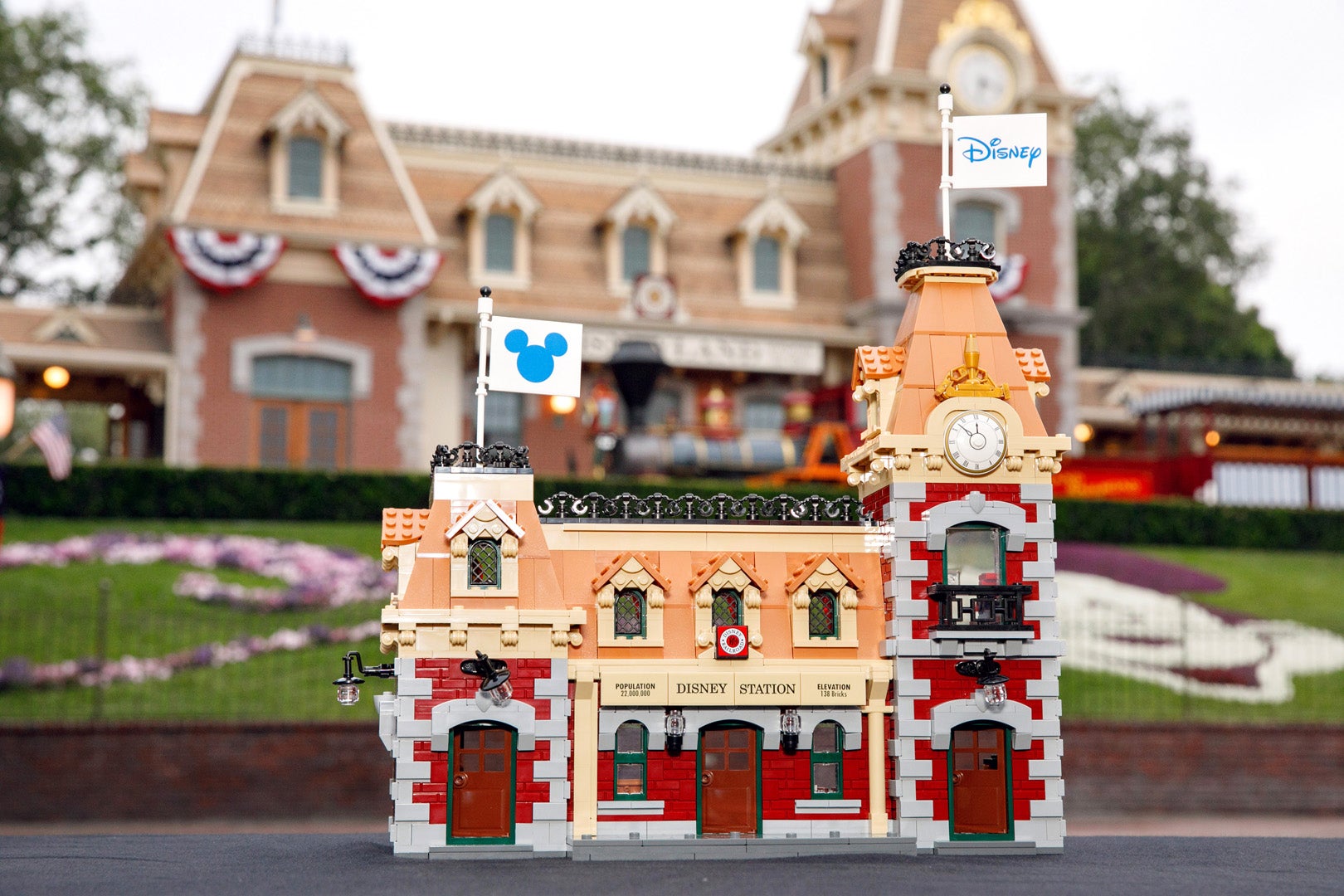 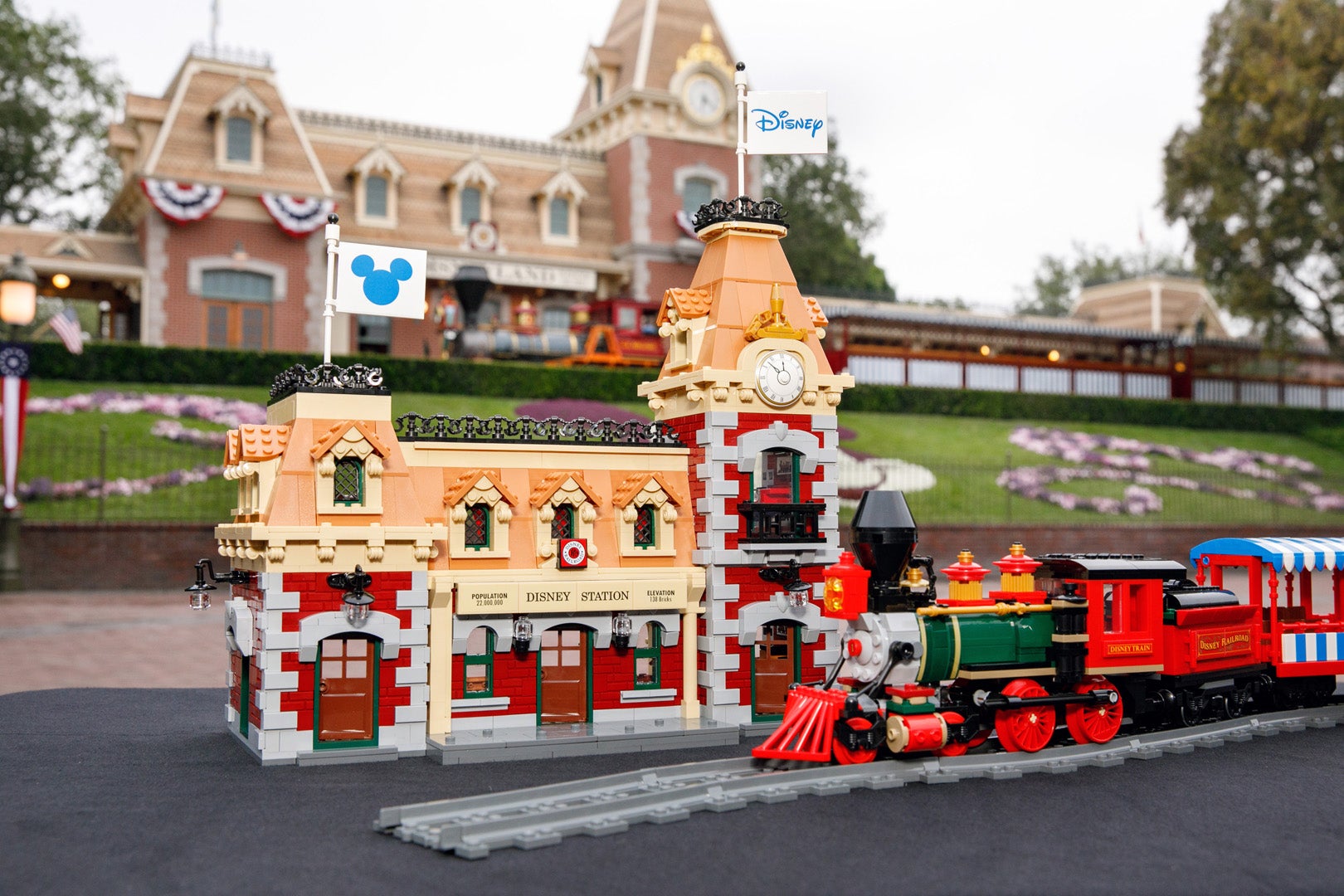 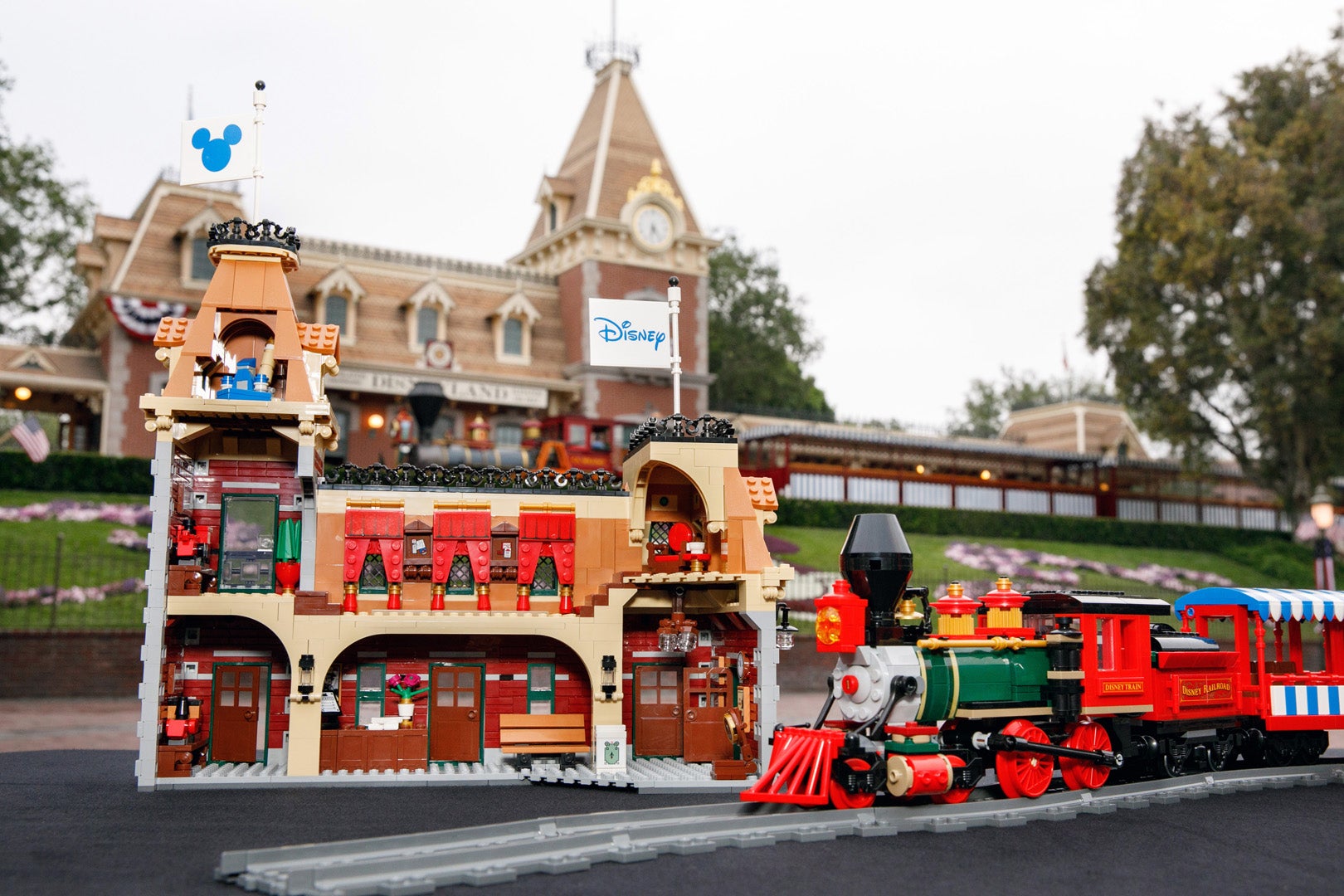 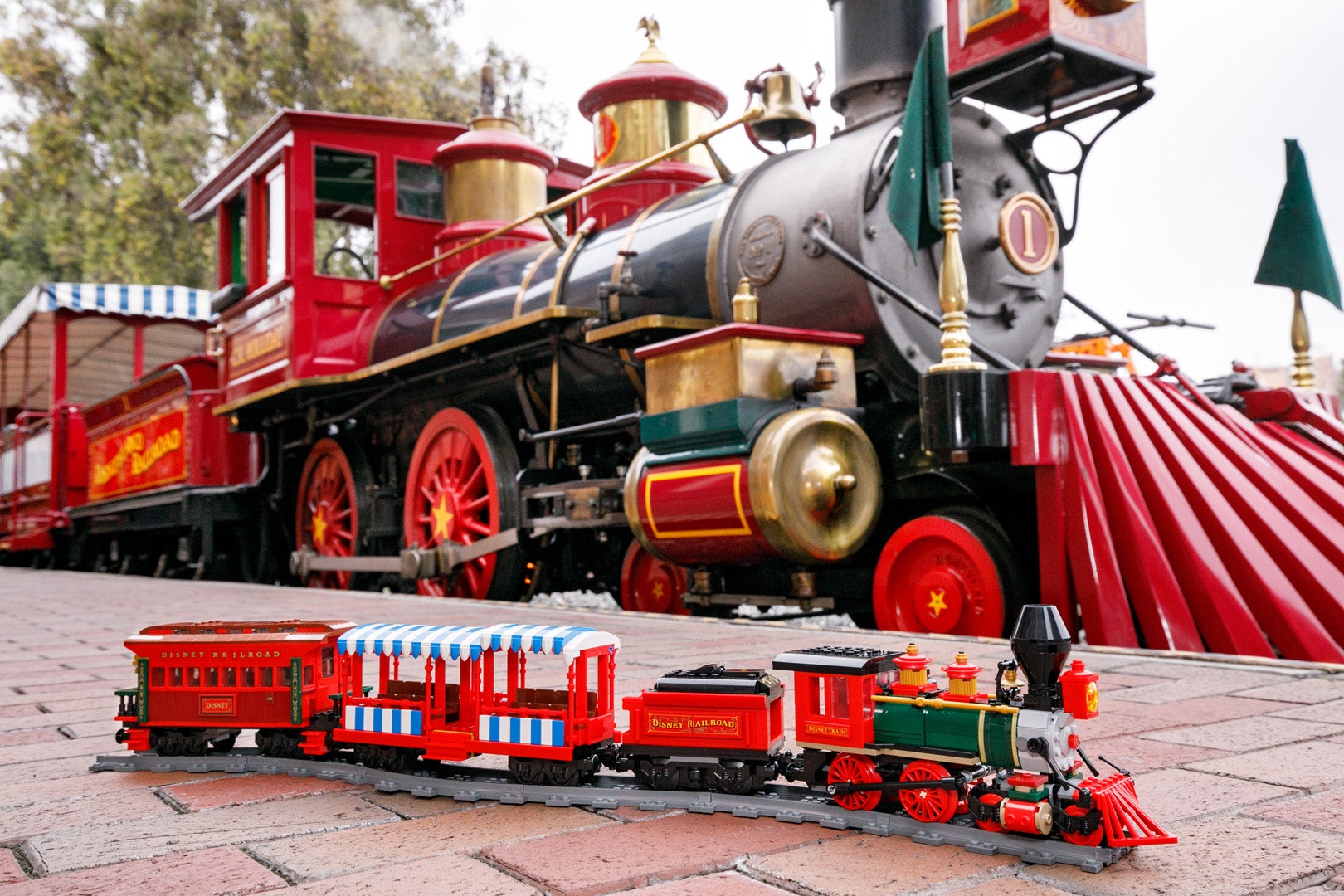 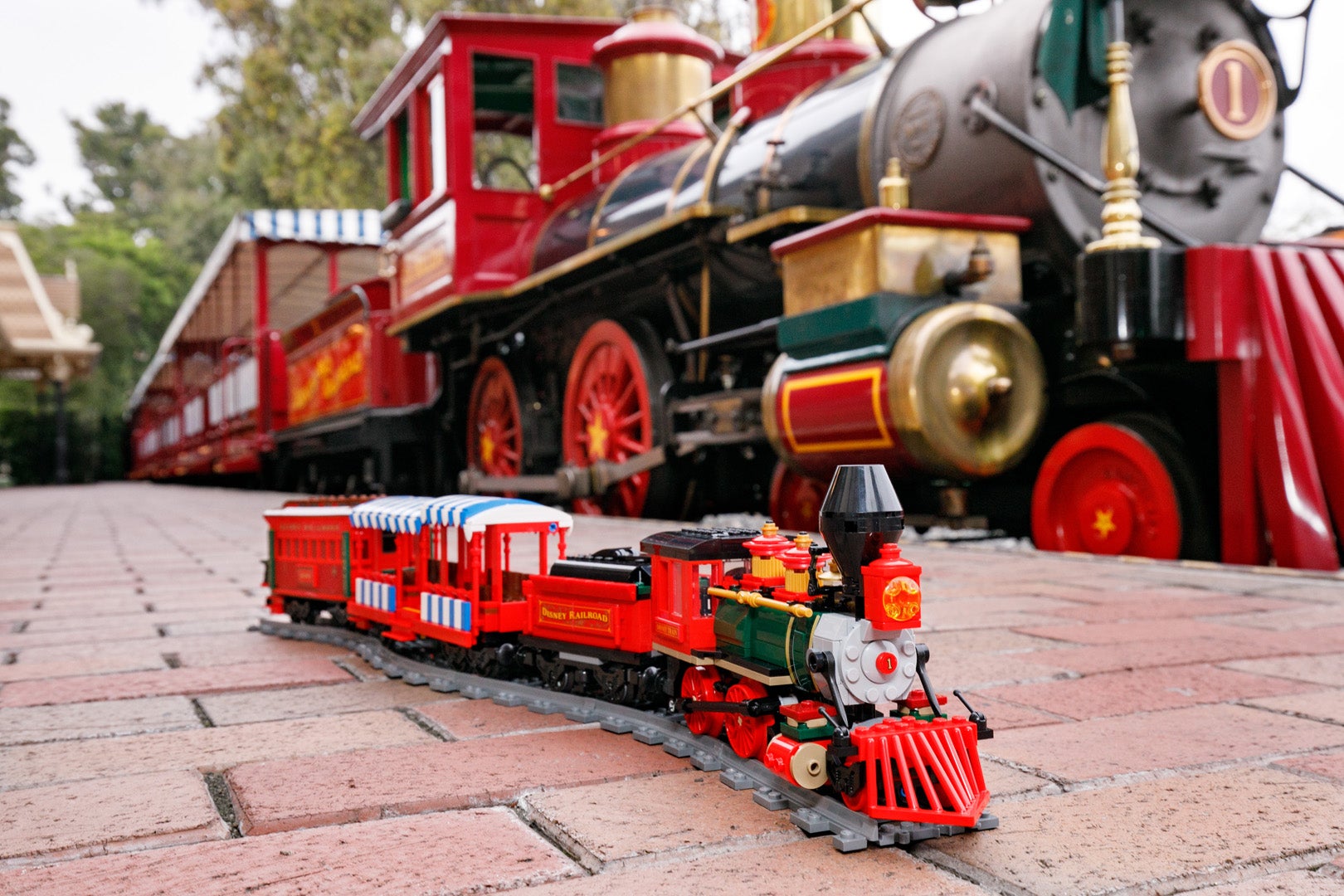 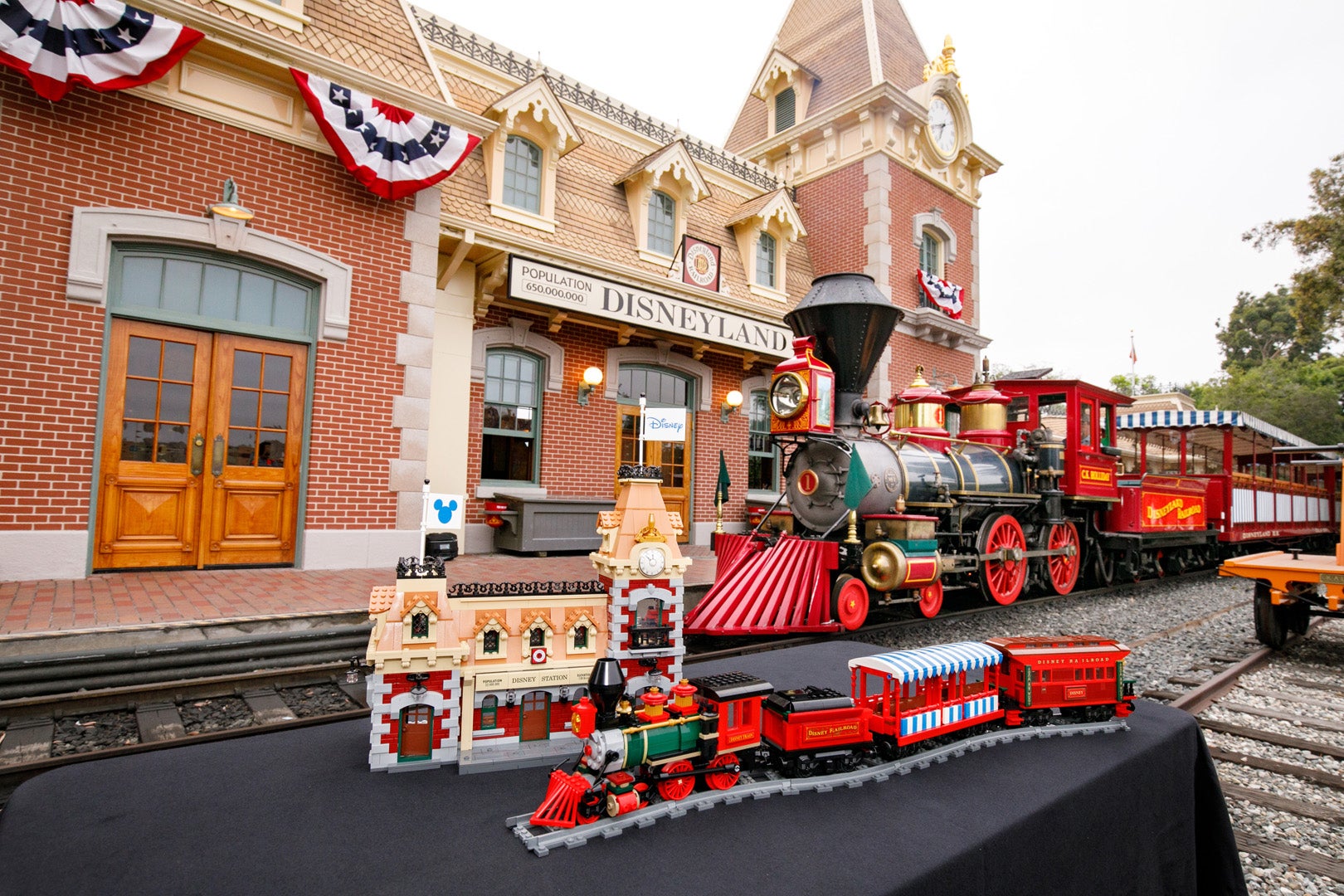 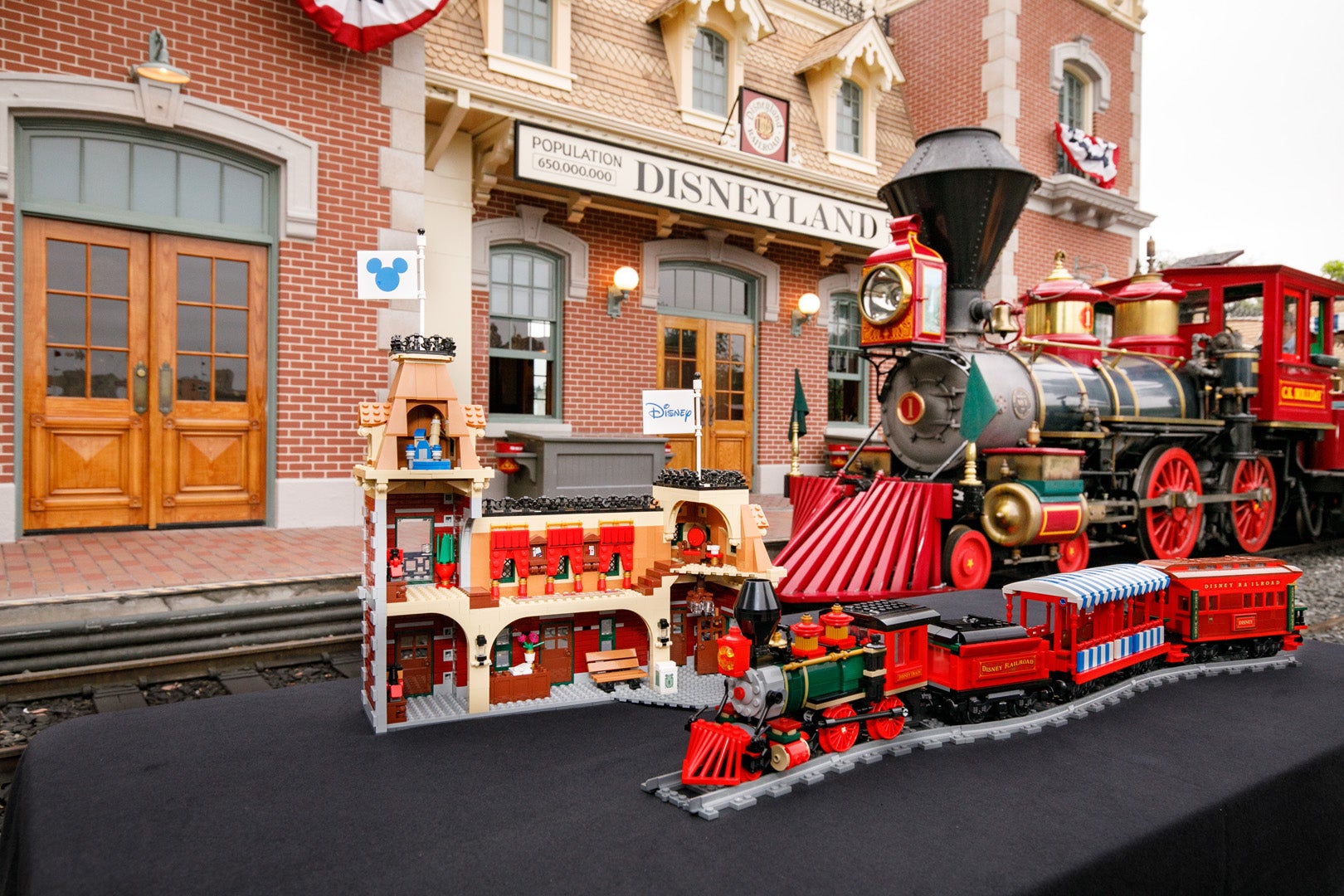 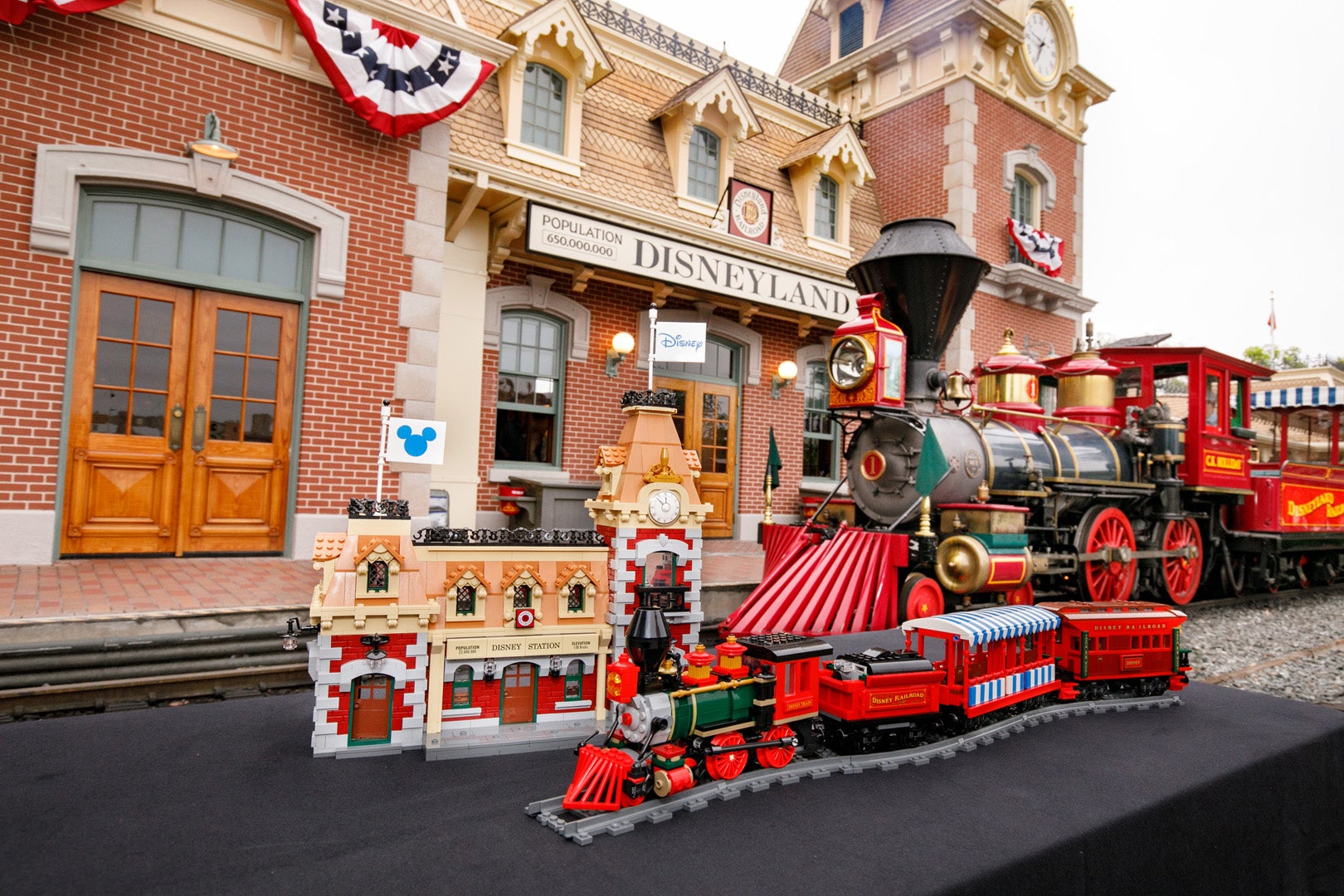 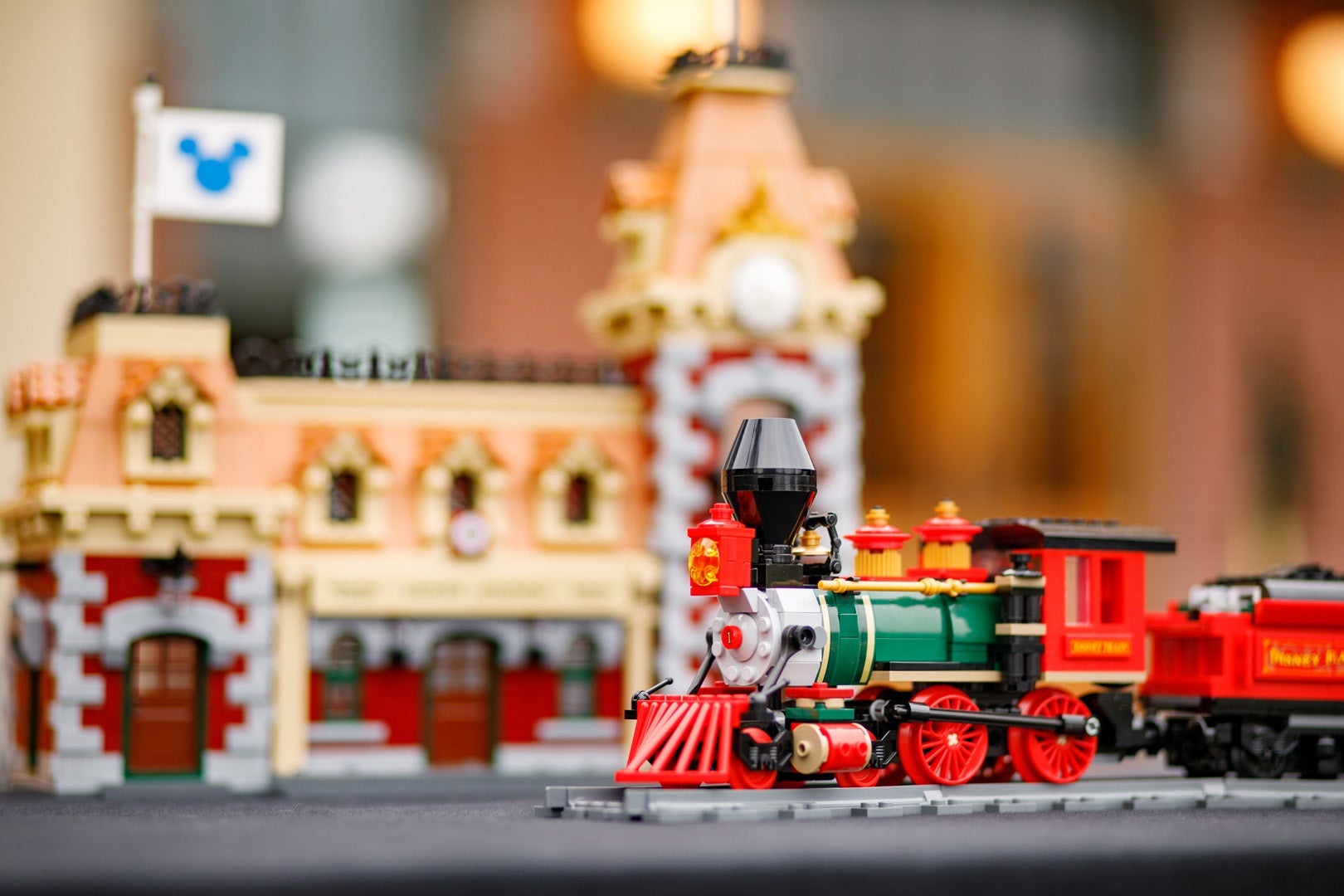 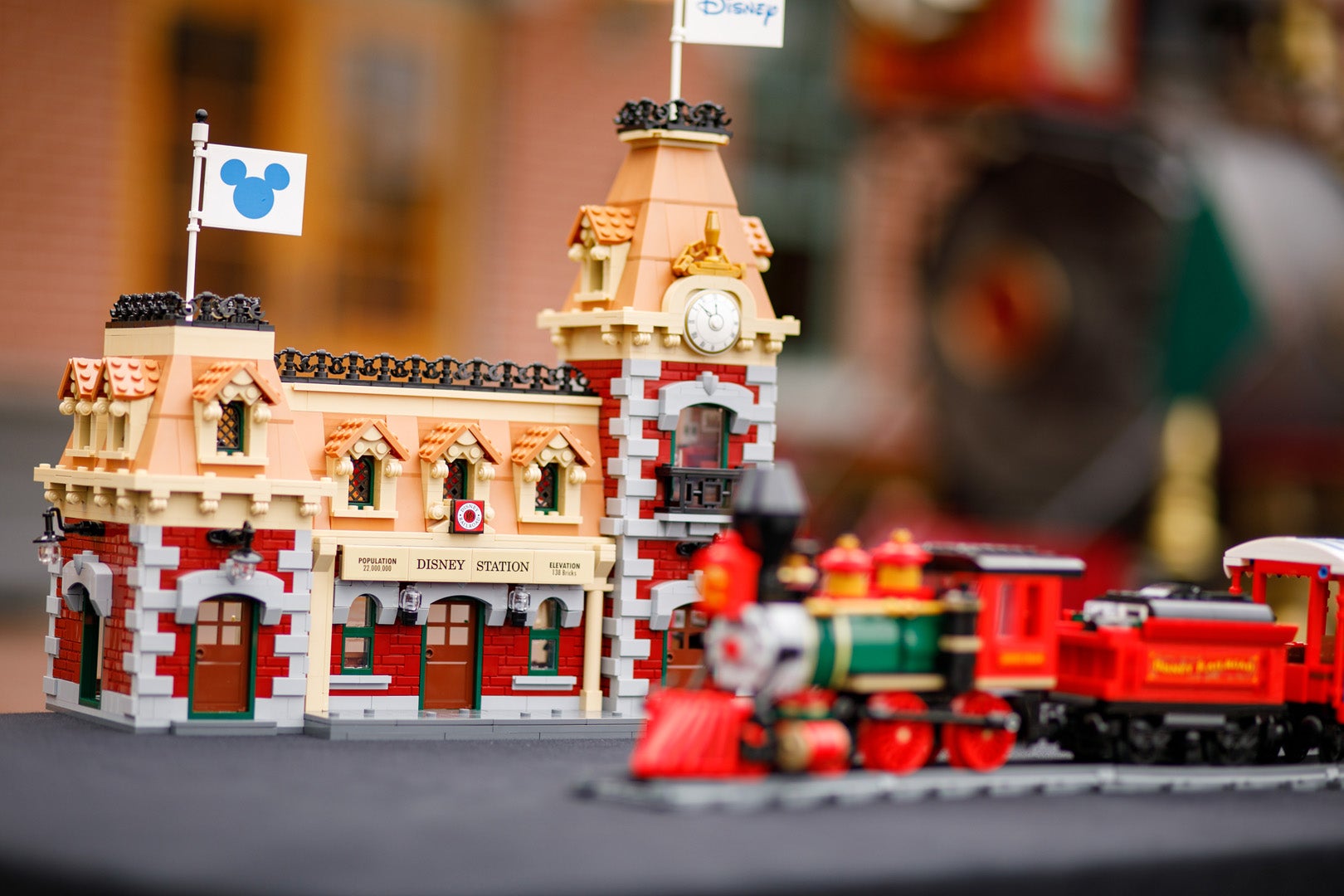 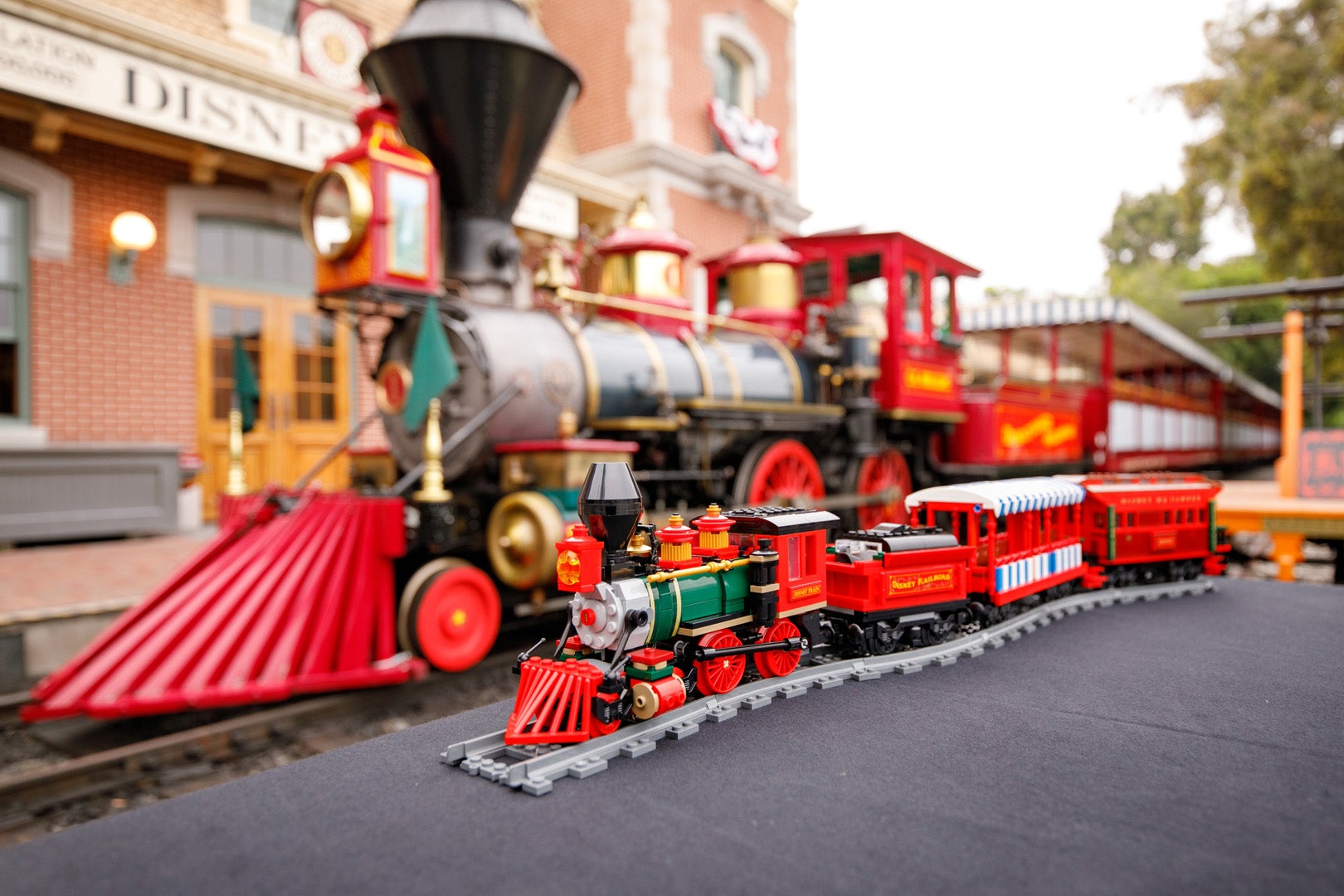 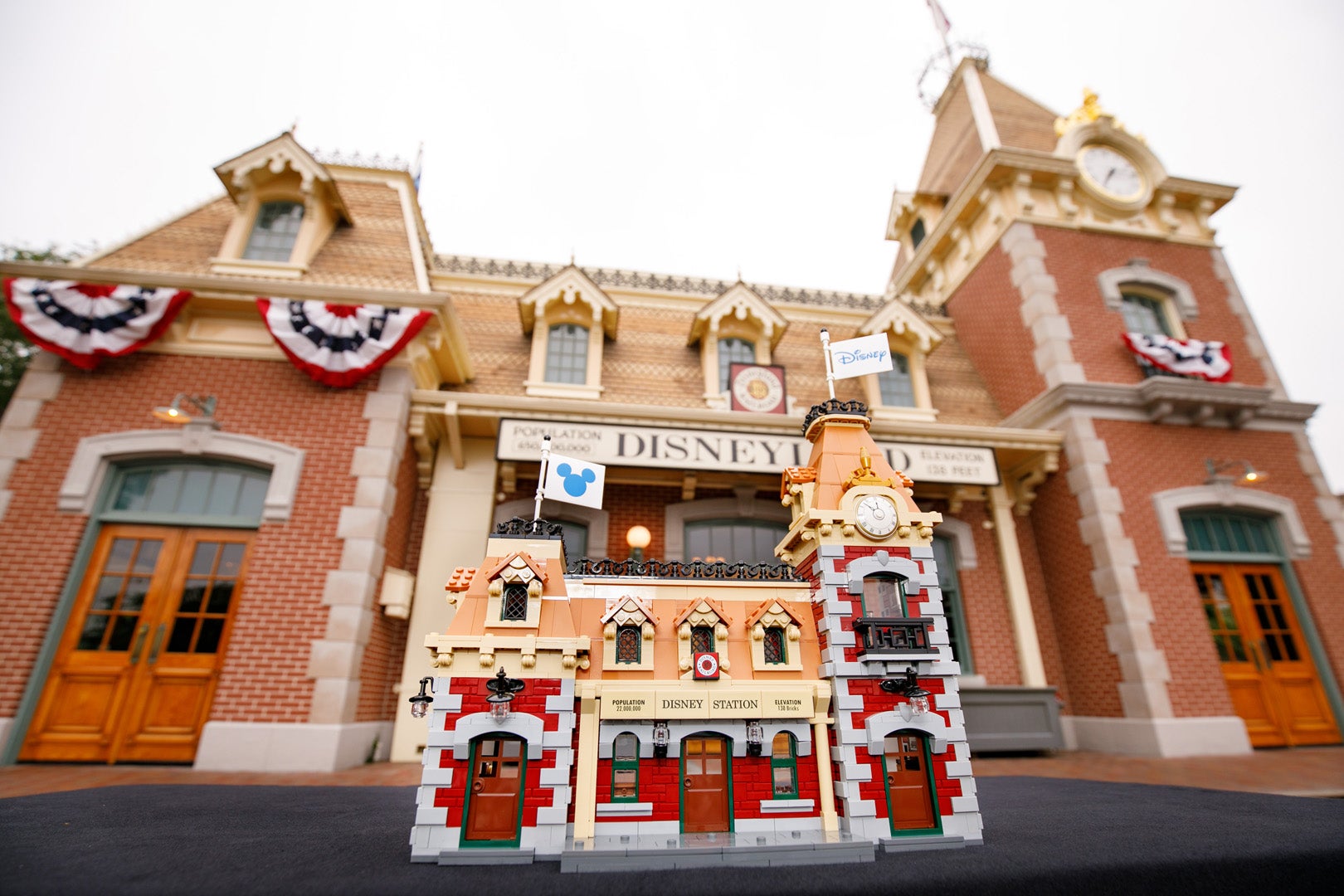 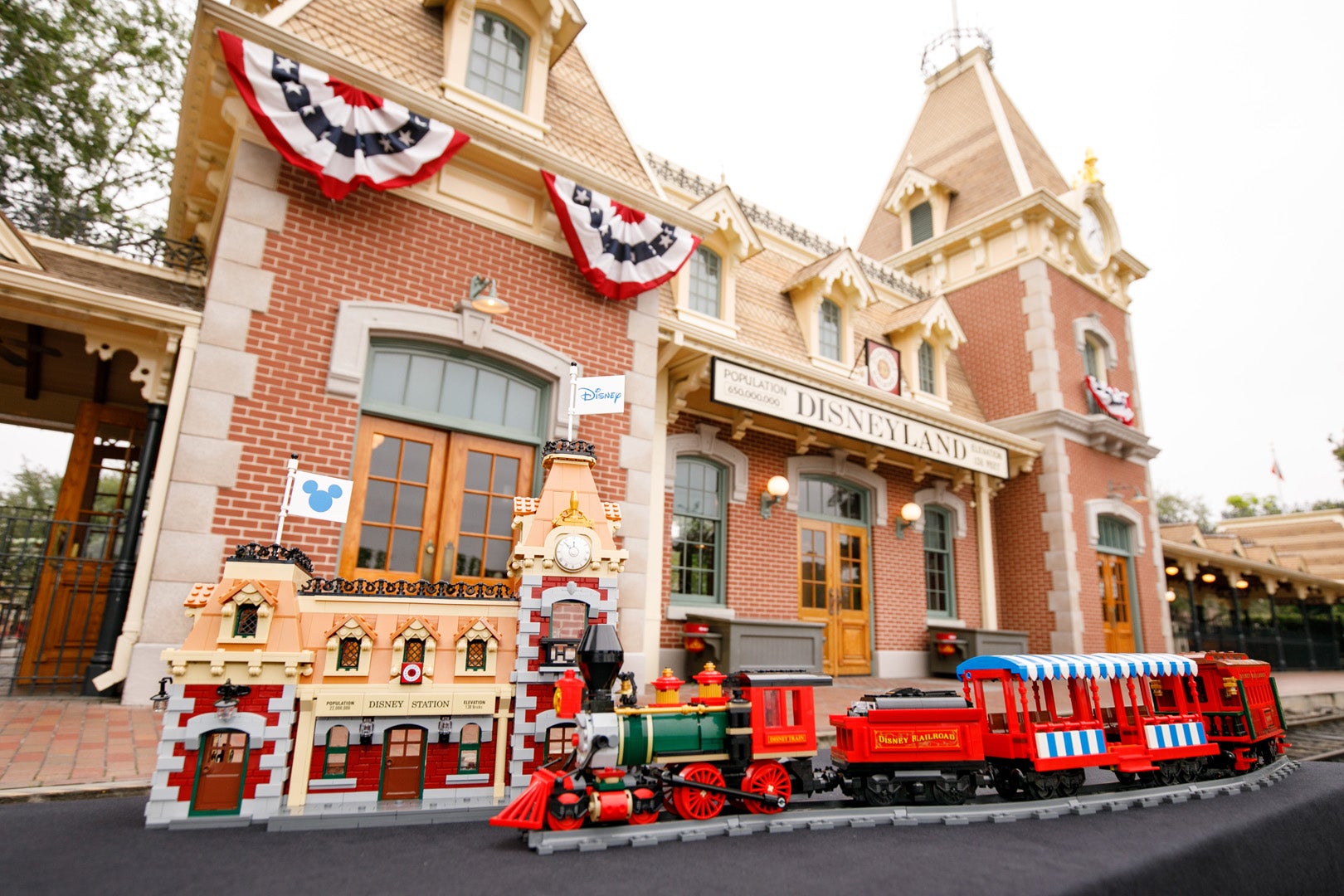 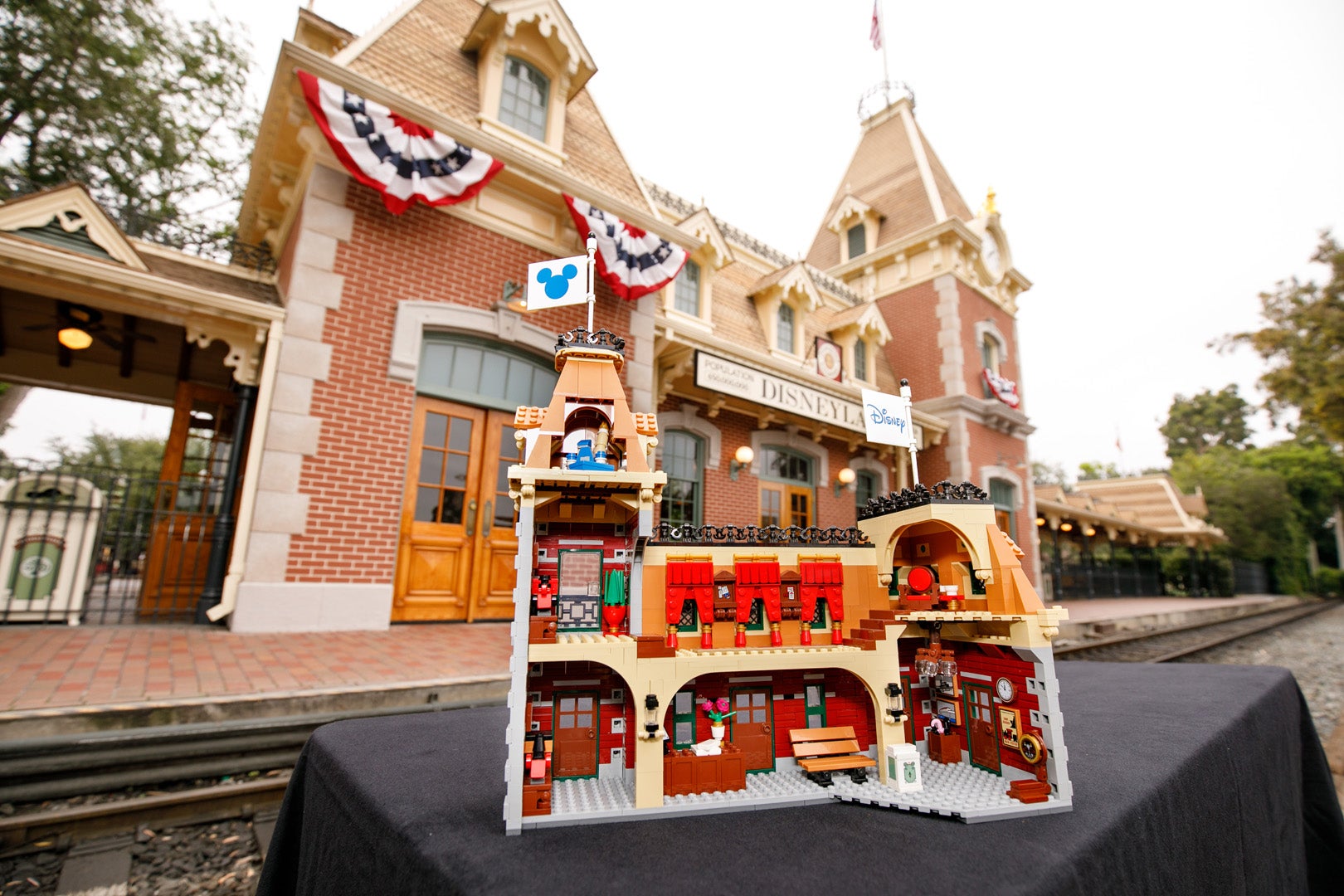