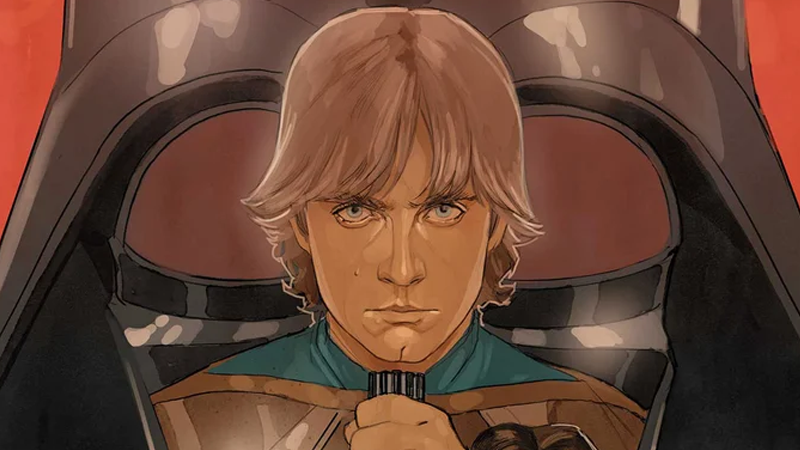 One of the most popular ongoing series at Marvel Comics ” whose debut issue still holds the title as the only comic book this century to sell copies ” is coming to a surprise end. But it may not be that surprising, and it’s likely not the actual end.

We reached to Marvel Comics to clarify the details of the solicit, and a spokesperson for the publisher confirmed that Star Wars #75 is indeed the final issue of the series and that fans can expect to learn more about the future of the title next month.

It’s clear even beyond that information that this is not the end of Star Wars at Marvel Comics ” it currently has a bunch of series, from Doctor Aphra to the Age of Republic/Rebellion/Resistance anthology, to upcoming tie-ins for The Rise of Skywalker and Jedi: Fallen Order, set in the galaxy far far away.

The Star Wars brand is a consistent seller for Marvel, and although down from its giddy, impossible-to-retain highs of its launch ” a goal Marvel has attempted to chase with a recklessly absurd sense of abandon through other means since ” the main Star Wars ongoing, even so many issues in, consistently sells pretty solidly around the 40,000 copies a month mark on average, according to statistical data from Comichron.

That’s not the sort of sales on a series you just up and cancel, especially a month before a movie release as highly anticipated as Star Wars: The Rise of Skywalker, the closing chapter in a nine-movie saga.

So the question becomes, is Marvel Comics ending Star Wars just to re-launch it after The Rise of Skywalker‘s release? Given the publisher’s… fondness, diplomatically speaking, for relaunching series with new #1s at a pretty regular clip to capitalise on the extra draw seeing that number on shelves has among casual comics reading audiences, it’d be no surprise if Marvel thinks it can boost the already decent sales of the series even further with an eventual refresh.

It did much the same for the Darth Vader series that launched shortly after Star Wars did in 2015, a first volume with the creative team of Kieron Gillen and Salvador Larroca giving way to another by Charles Soule and Giuseppe Camuncoli in 2017, each telling their own separate story arcs about the titular dark lord of the Sith.

But given the timing of The Rise of Skywalker’s impending release, perhaps the reason is twofold, and a chance to not just put a new #1 on shelves, but completely re-orient the main Star Wars series’ story and setting.

Since it began, the Star Wars ongoing has charted the story between the events of A New Hope and Empire Strikes Back, as the Rebels capitalise on their surprise victory against the Death Star and, more recently, strike out to find a new base for their growing forces after leaving Yavin IV behind. It’s a story deeply enmeshed within the original trilogy ” it’s Han, Luke, and Leia, going on adventures and exploring the state of the galaxy within the context of those first three movies.

What if Star Wars returns after Rise of Skywalker has been in theatres, and the reason for its relaunch is that it’s now set at an entirely different time frame, perhaps fast-forwarding to the time between Return of the Jedi and The Force Awakens?

What if goes beyond even that, and ” whatever revelations Episode IX has in store for the galaxy far, far away ” a new Star Wars series could get the chance to explore it while the movie saga takes a momentary hiatus from the silver screen? Having to wait for the context of The Rise of Skywalker would seem like a legitimate reason to momentarily pause what is otherwise a very popular comic!

For now, we have to wait and see what the future of Star Wars at Marvel Comics holds. Always in motion it is, after all.