The problem with making a game about a superhero like Superman is figuring out ways to impose limits on the character to make sure he’s not overpowered. Undefeated, a free superhero PC game created by a trio of students from Japan’s Vantan Game Academy, demonstrates just how unnecessary those limits might be.

The nameless hero of Undefeated has no health bar. The army of enemies menacing his city couldn’t possibly hurt him. Instead he has a “Hero Point” meter that fills as he performs good deeds like rescuing civilians and defeating bad guys. The higher his hero grade, the faster he flies and the harder he hits. 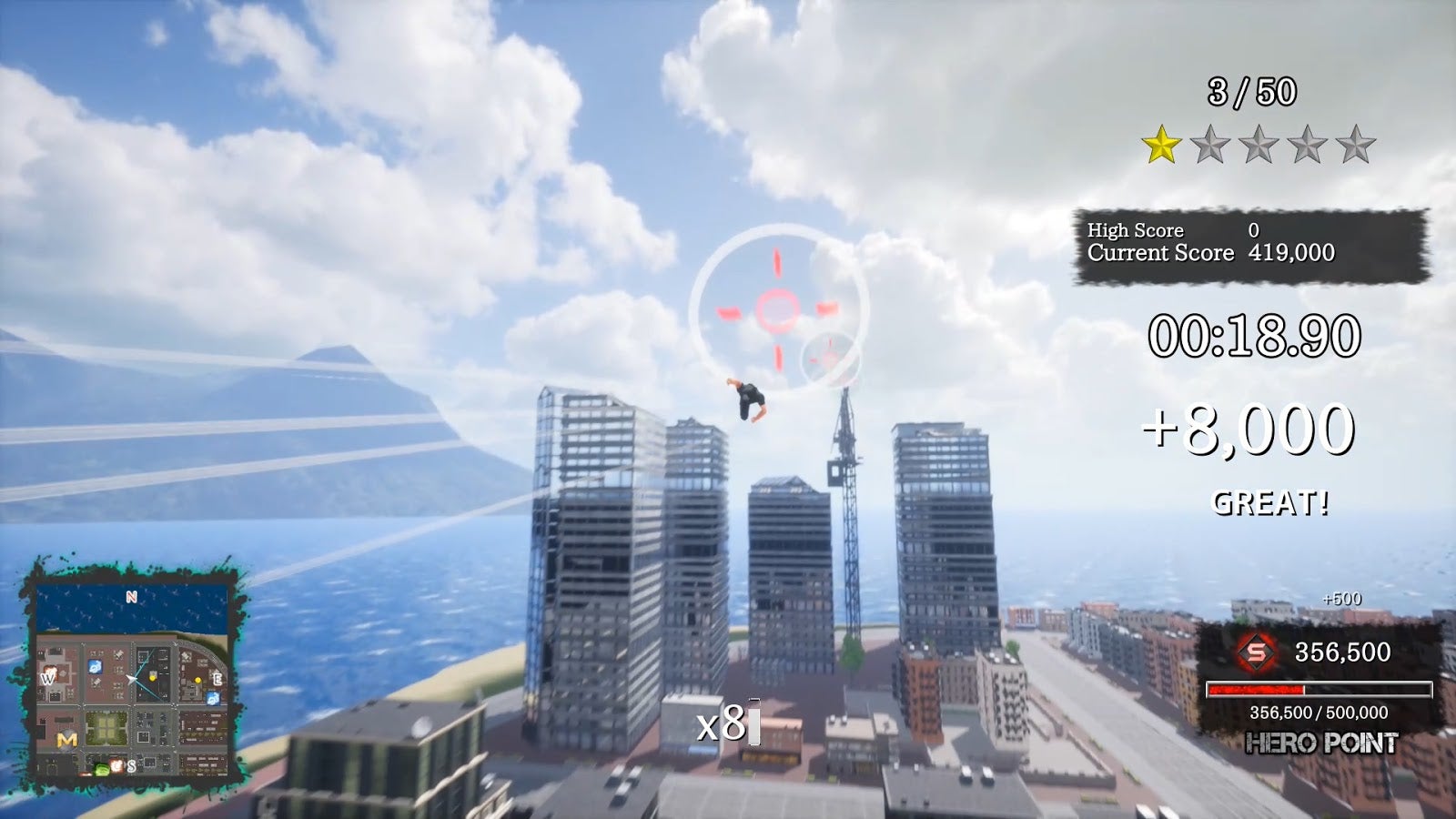 Decked out in a black t-shirt, black jeans, and a pair of dark sunglasses, he patrols the skies and streets without fear for his own safety. His only real enemy is time. Can he rescue civilians trapped under concrete slabs or behind walls of flame before it’s too late? Will he lay low Undefeated’s also nameless super villain boss before the town is destroyed? Can he fly fast enough to get five stars in the game’s flying challenges?

Undefeated is a superhero game that simulates what it’s like to be powerful enough to handle anything thrown your way. The superheroics are so easy they’d be dull if not for the sheer joy of speeding through the air or dashing through the streets.

The game opens with the city under siege. A villain and his army of minions have invaded, and only one man stands between innocent civilians and certain doom. He’s a man with super speed, closing on hordes of enemy foot soldiers in no time flat. He’s a man with super strength, taking out armed and armoured soldiers with a single punch. He’s a man who can fly at supersonic speeds, chasing the supervillain across the skies, pummelling him into submission before the city falls. He is a man so mighty that the entirety of the sequence I just described is essentially the game’s tutorial. 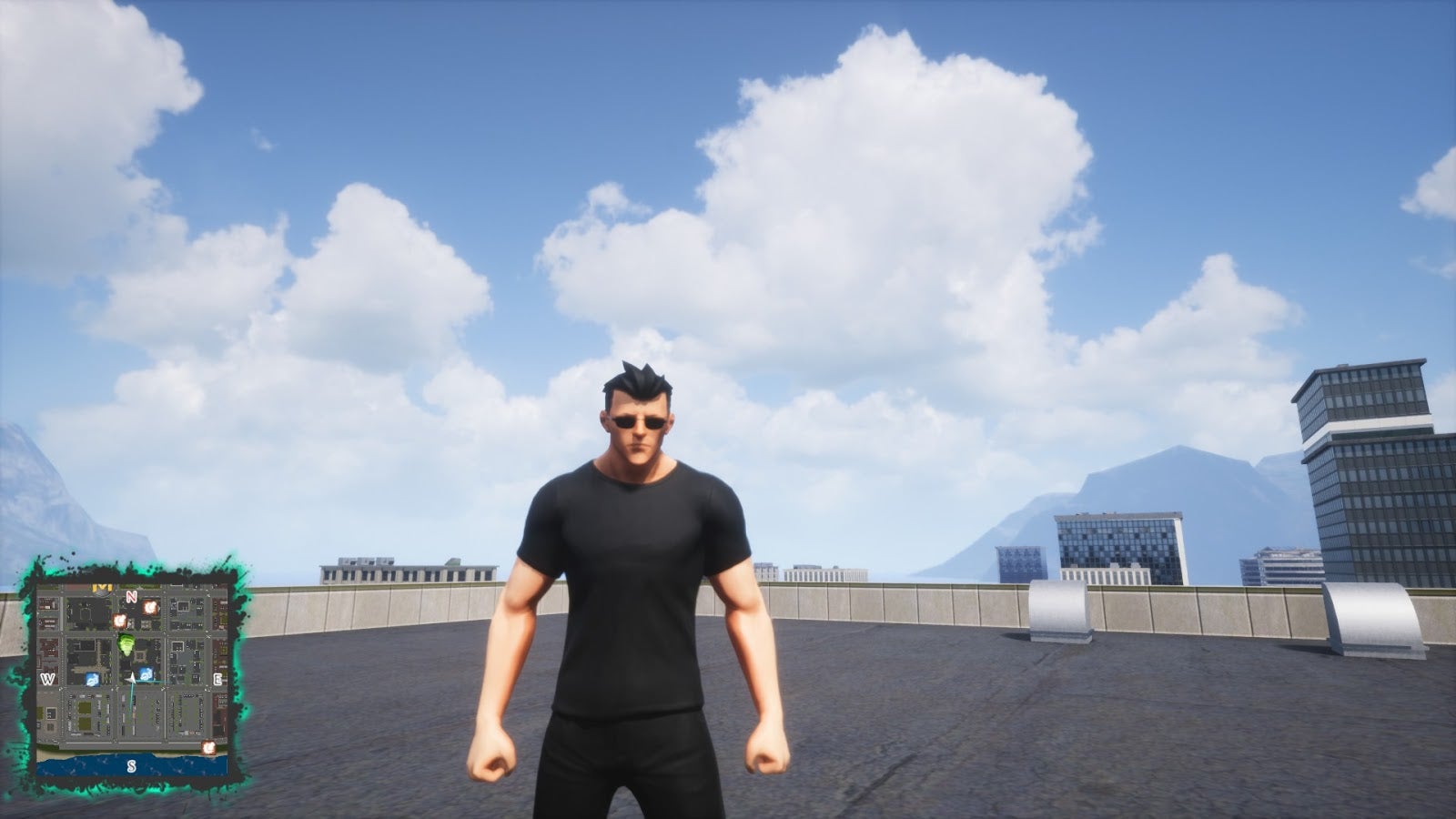 He’s also a man who bears an uncanny resemblance to Kotaku’s Chris Person.

Once the main villain falls, the hero is free to explore the city. There are flying challenges, in which he must fly through a series of rings before the time runs out. Destruction challenges litter the city with villainous contraptions that must be punched out of existence within a set time. Enemy hordes sometimes spawn, as do civilians trapped under rubble or beset by flames.

Being a free Steam demo, there’s not a whole lot to Undefeated, but what is here is extremely impressive, especially considering it was created by three Japanese game dev school students. The running and flying is exhilarating. The combat, while simplistic, feels powerful. Busywork, even superhero busywork, is seldom this satisfying.