No Man’s Sky Beyond Makes A Great First Impression, Except For The Bugs

No Man’s Sky’s Beyond update has the same pull for all the checklist and spreadsheet lovers out there as it always has, with a lot less of the frustration.

As annoyed as I am that I can’t get into my old save for No Man’s Sky right now, I also can’t wait to play more. So far, I’ve done a bunch of things I couldn’t do before: I sat in chairs, watched non-playable characters walk around a space station, harvested plants that I can make into food, and upgraded my whip. All those things are welcome, but I still have yet to experience much of the new multiplayer content due to issues with the release. 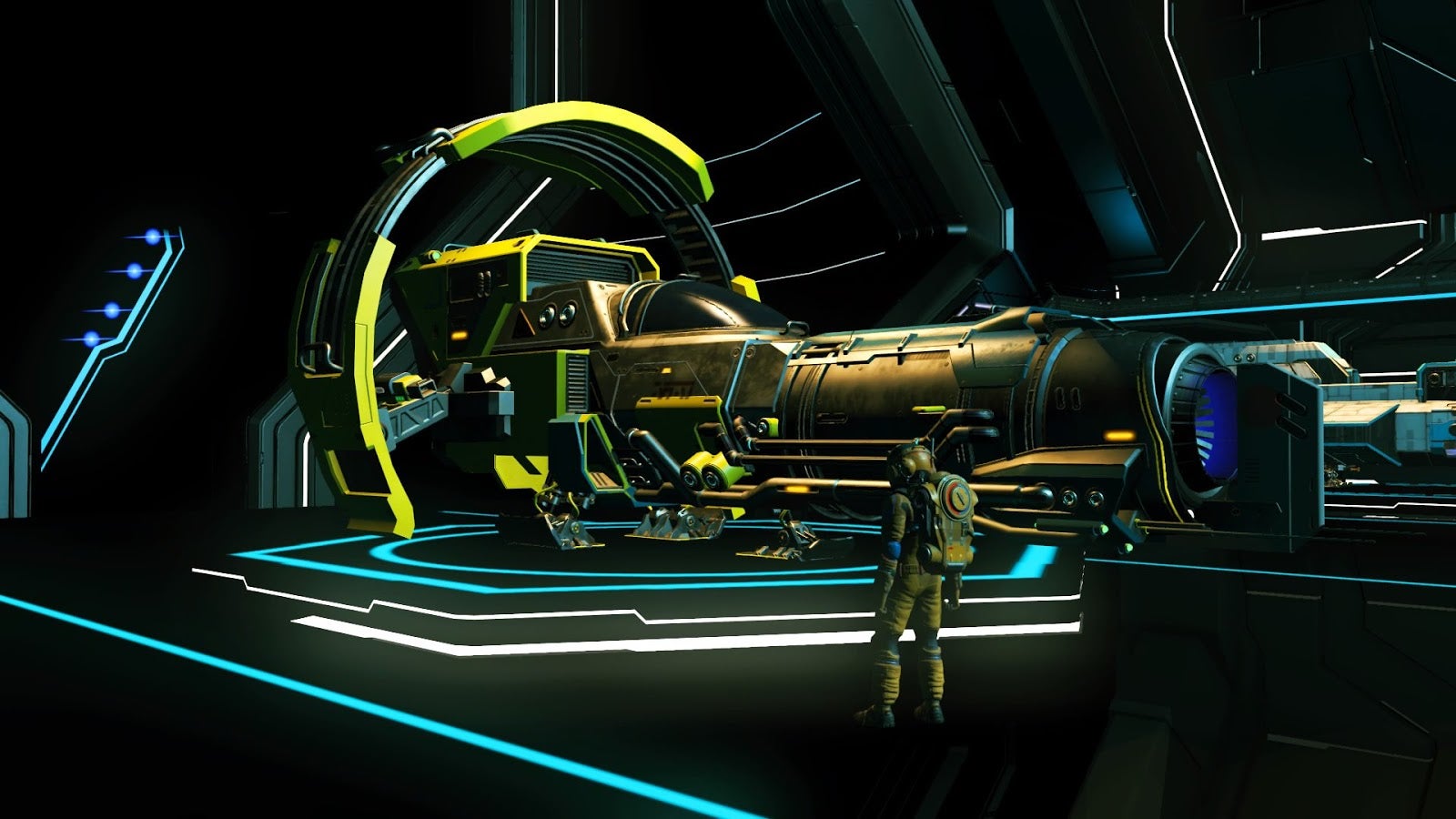 For longtime players, the new features are subtle but immediately noticeable. There’s more variation in the landscapes, the animals have new behaviours and generally look more interesting, and there have been some quality-of-life adjustments that I’ve wanted for years. Before this update, any new technology modules you added to your exosuit would take up an inventory slot, making it very easy to run out of inventory space. Now, tech modules have their own part of the inventory that doesn’t overlap with everything else. Finally!

If you’re a newer player, Beyond makes an effort to get you up to speed quickly. Crafting recipes have been streamlined, and the opening quests are more guided. For the first time ever, No Man’s Sky properly shows you each new mechanic before introducing a new one. Tutorializing those opening hours has been something that Hello Games has been slowly working on since Next. The updated version of the game’s opening in Beyond has finally figured out a better way to show players how to work within No Man’s Sky’s tightly intertwined systems.

Because the world isn’t immediately open to you — you don’t even have the ability to scan and upload plants and animals until the game teaches you a little about mining — I got a lot less distracted. I might even have a better handle on the game’s systems than I did before. First, you’re just mining and gathering resources. Then, you refine those resources. Then you get a new tool. Rinse, repeat, until you take off for the rest of the universe.

In No Man’s Sky Beyond, space is now a noisy affair. Even though the game frames you as a crash-landed pilot, alone and looking for supplies, every few minutes, the planet I was on shuddered as another ship — or two, or three — flew overhead. Why can’t I flag down one of those guys and hitch a ride to a trade depot? 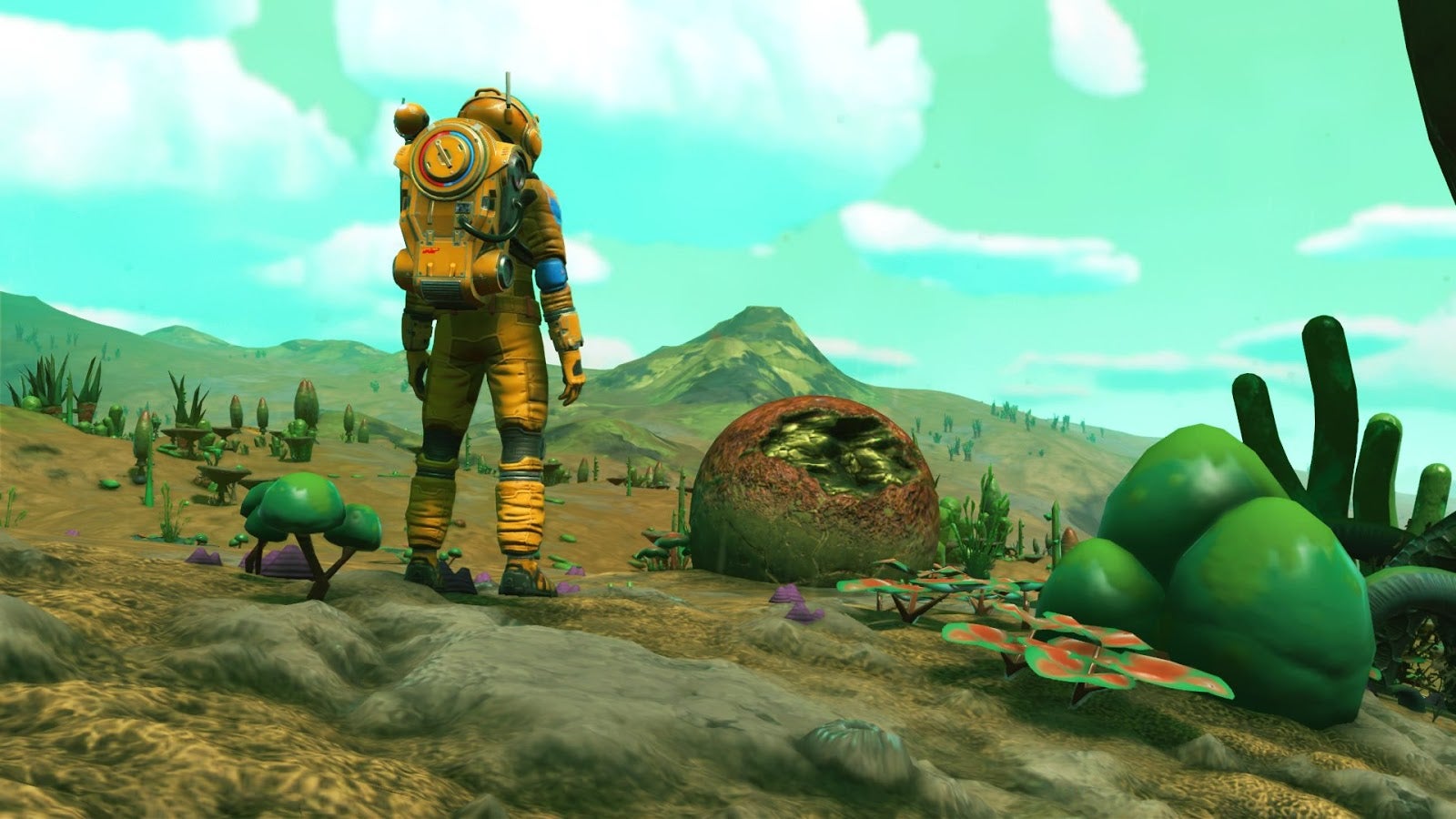 The joy of travelling and discovering new things all on your own is still present in No Man’s Sky, however. Even though Beyond has added a social space for multiplayer called the Nexus, I wasn’t able to get on it while I was playing. I checked if there were any other players nearby in the menu — there was no one. While playing this morning, I put on Mitski’s album Be The Cowboy. As I mined a tree, Mitski was singing “nobody, nobody, nobody,” and I was warm with contentment.

A few moments later, I sat down on a hill for a pink sunrise. “I hear my heart breaking tonight,” Mitski sang, “Do you hear it too? It’s like a summer shower.” It’s weird to seek out a video game for solitude and contemplation, but I’m glad that I know where I can find it, if I need it.

No Man’s Sky has always been a game I’ve loved, but not one I’ve felt was quite polished. The small changes that Beyond makes to the basic formula are ones that finally bring a level of cohesion to the game’s disparate parts. Despite the issues with crashing and the fact that I can’t get back to my old home yet, Beyond is a welcome refresher for No Man’s Sky.