No Man’s Sky’s latest update, Beyond, makes the game both more complex and easier to play. What’s incredible about Beyond isn’t all the new features, like the new hub for multiplayer which has been looking quite lively after a few key performance patches. It’s that all of the old things have been reorganised to more naturally flow into each other.

Last night I opened up No Man’s Sky with the intention of milking an animal. It is, no joke, all I’ve wanted to do since talking to Sean Murray, co-founder of No Man’s Sky development studio Hello Games. There are very few games that will let me create alien foods out of alien animal byproducts, and even though there are so many new things to do in No Man’s Sky, being a space chef was number one on the list. Despite making this my primary goal, I got badly distracted on my way to figuring out animal milking mechanics.

The first thing to catch my attention was the updated process of crafting items. Some recipes have been simplified, like the one for glass, which now only requires you to refine a pretty common resource in the game to make it. Making pretty bases out of glass, overlooking a nice plateau is now easier, so my builds have gotten more ambitious, and my checklist of things to do has gotten even longer.

Before Beyond, I wanted to start a farm to get a lot of credits and spruce up my base on a teal-grassed moon. Now I’ve started a new base on an Earth-like planet that’s surrounded by lakes, and I’m dreaming up a blueprint for a base that winds around them. Maybe after I finish that I can tame and breed some animals, and then I can start the farm I wanted, because I wanted to buy a new ship and a new freighter so I could do some trade routes… 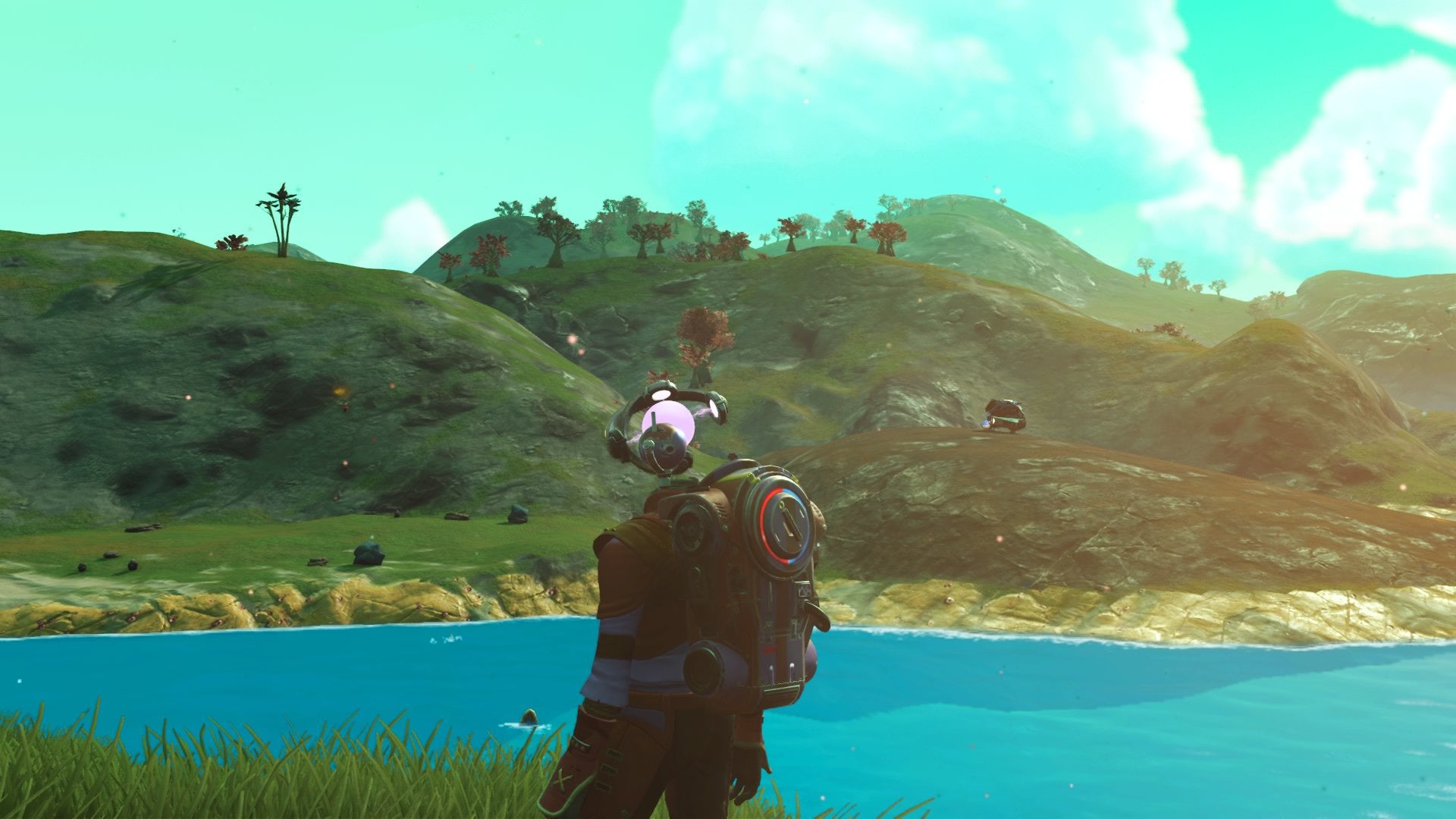 It’s just the little things, like the revised menu showing your discoveries. If you select a planet, you can now see additional information like what resources are available at a glance. The galaxy map, which shows you the systems you can warp to, also feels easier to explore and control.

That map has been unwieldy in the past because it displays the galaxy in three dimensions, and it’s a bit finicky to select the planet you want to see. Now zooming in on a particular system is smoother, and the way the cursor locks onto planets is smarter.

If you select a system other than the one you’re in, you can see the details of the economy and conflict levels before you visit (if you have the appropriate scanners on your ship). The information is presented in a much cleaner way. The recipe or resource lists I’m looking for are now in the place I’ve thought they should be since it first came out.

At launch, No Man’s Sky was mostly about the unique joy of discovery, but it had a lot of problems. The joy of discovery is still at the core of No Man’s Sky, but what Beyond represents is the game’s journey to feeling like a real, living universe. Previous updates helped shape No Man’s Sky into the game people thought it would be. Beyond takes No Man’s Sky and shapes it into a game that can be built upon and added to more coherently, because the systems make better internal sense.

Because the game more smoothly ties its own systems together, I feel more in touch with my fellow travellers. When I see them in the Space Anomaly, I do feel like we’re all working toward a common, unspoken goal of cataloguing the universe. It’s what the game guides us to do — we might approach it in different ways, but it’s what the game’s systems lead back to. I like to wave to the people in the Anomaly. Usually, they wave back. One day, once I’ve checked a couple dozen things off my checklist, I hope I can offer them some fresh alien milk.