When I first played the demo for Oninaki, an action role-playing game from Lost Sphear and I Am Setsuna creators Tokyo RPG Factory, I was optimistic. The gameplay wasn’t particularly captivating, but the story seemed unique and dark enough for me to push through the repetitive combat. Unfortunately, by the time I finished Oninaki’s story of faith, religion and the afterlife, it just felt soulless.

Oninaki tells the story of Kagachi, a brooding young man who is a Watcher, a person tasked with helping lingering souls of the dead address their remnant concerns. He does this by going “beyond the Veil” into a kind of purgatory, an alternate dimension overlapping with the real world. Where spirits go after that is unclear to start, but the people of his society believe in the power of reincarnation. What is clear is that souls who linger beyond the Veil for too long become vicious monsters called the Fallen. Partnered with powerful souls called Daemons that offer a variety of combat styles, Kagachi fights the Fallen to protect those in the living world.

Oninaki has a lot of weighty material, but it relies too much on tedious expository moments and monotonous side stories to really hit home. A couple’s son isn’t ready to pass on yet and may turn into a monster. As part of his duties, Kagachi offers to send them beyond the Veil with him. A cult called the Ark of Hope leads a mass suicide among its followers, leaving the Watchers to deal with their lingering souls and find the leader before he can do more harm.

Kagachi, jaded by the world of the Watchers and the precepts undergirding it, does his duty with a mechanical, almost heartless determination. Talking to the townsfolk reveals interesting tidbits about the world: Some are worried that fewer children have been born of late, some buy love charms that guarantee they will reunite with their lovers in the next life. It should be a compelling exploration of faith, fear, and fanaticism, but it falls short. 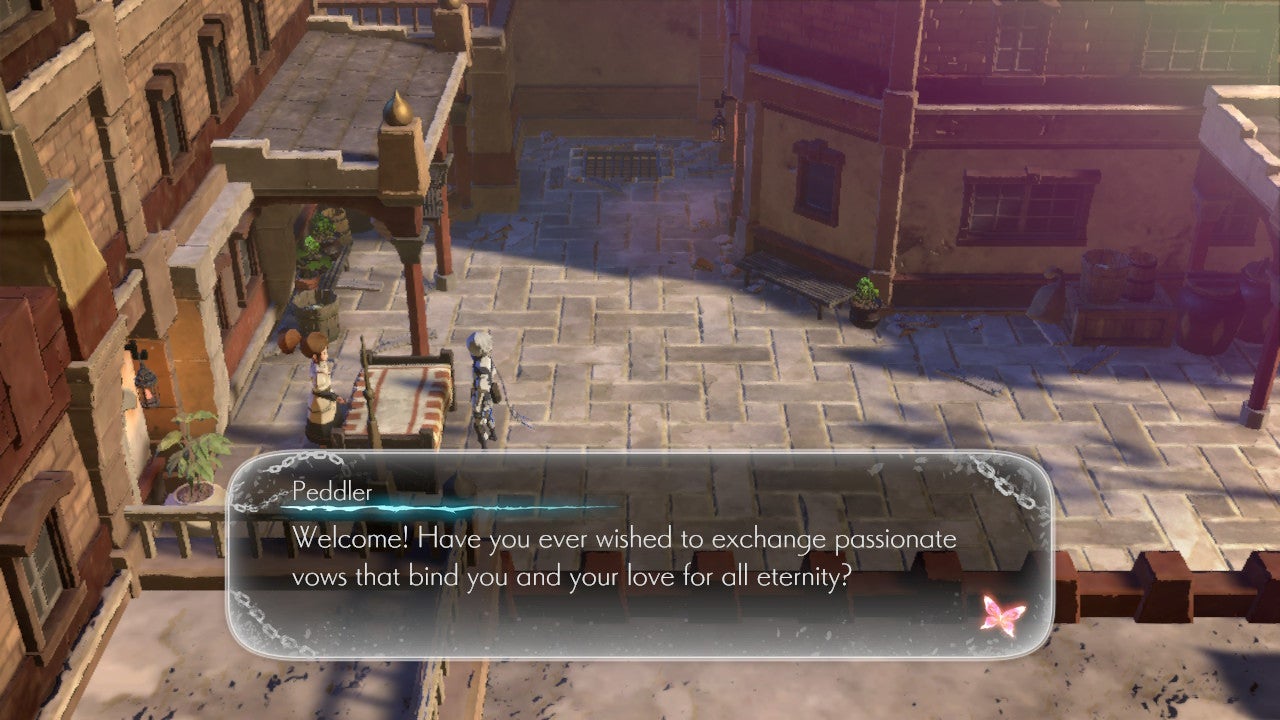 Moments that could be touching are dumped on you over the span of a few text boxes rather than delved into deeply. It’s a shame, because some of the ways relationships are tested by the bounds of death show promise. “You musn’t grieve,” one character is told when her infant sister dies, for the dead will worry about living loved ones who haven’t moved on and fail to pass on properly. The tension between grief and piety shines at times but is painted with too broad a brush to say anything truly insightful about the costs or benefits of faith. 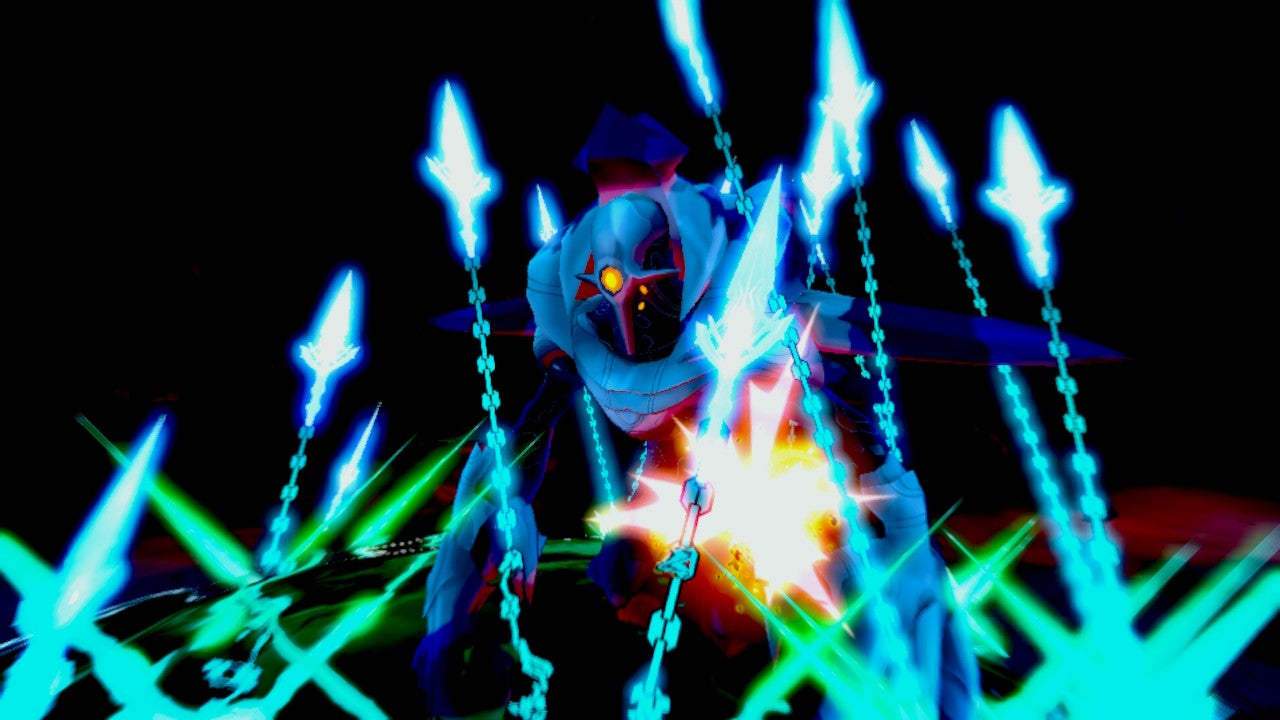 Do you ever just think about, like, dying, man?

A hack-n-slash RPG for your adolescent crisis of faith

Some of the story turns and exploration of religion and faith.

Kagachi meets a young girl named Linne in his travels, and the two of them search to learn the nature of a dangerous, mysterious being called the Night Devil. The tenderness between Kagachi and Linne is a welcome change of pace but feels rushed and unearned.

The story’s twists are bogged down in a slow penultimate chapter that takes the player through a series of tedious expository revelations. The few choices you can make through the game feel inconsequential, and I found myself not really caring that much about learning the difference between multiple possible endings. Oninaki’s story of death and rebirth is what drew me in, but I was so utterly exhausted by the time I got to its end that I just wanted my life back. 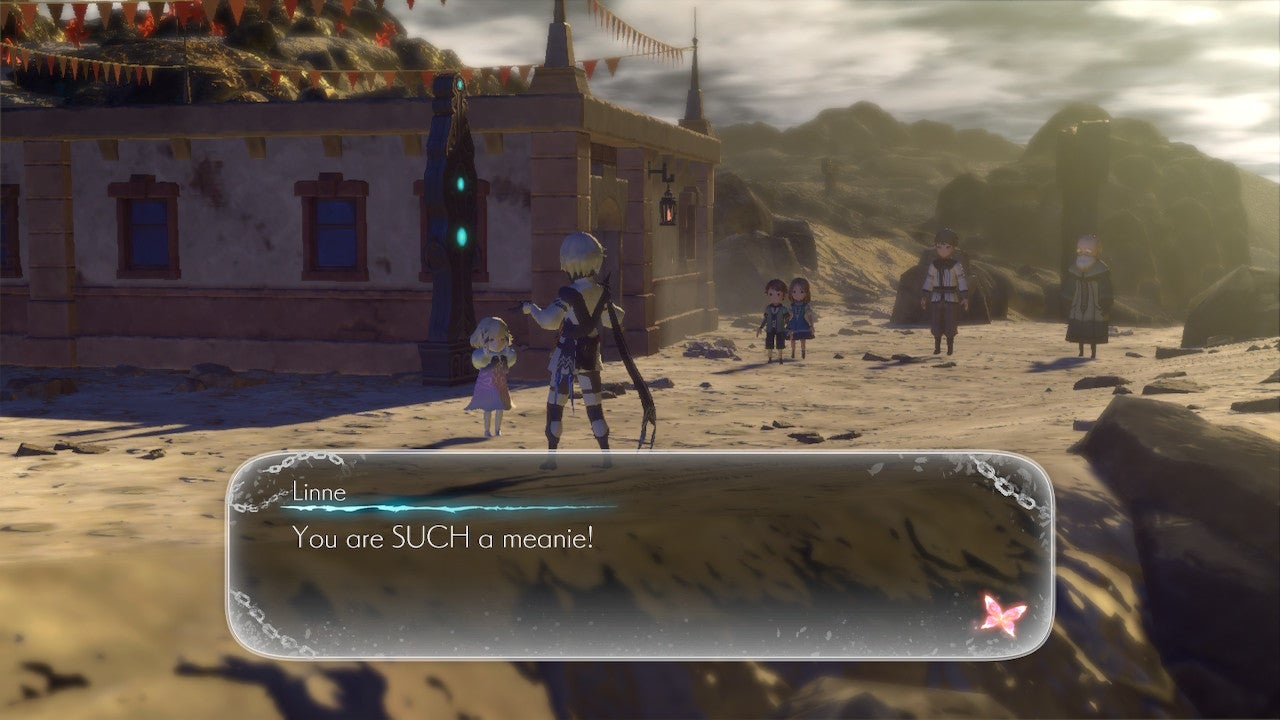 The hack-and-slash gameplay lacks needed variety, requiring you to fight through hordes of enemies to reach various objectives. Acquiring new Daemons offers Kagachi new fighting styles, and each has its own skill tree featuring passive abilities and usable skills that can be unlocked. For example, there’s Zaav, a spear-wielding former knight who was faced with the hard choice to murder a child he once protected, and Dia, a gun-toting noble who constantly felt out of place in her world of airs and intrigue. Kagachi can use powerful jump attacks with Zaav and ranged beam attacks with Dia.

Some Daemons, though, feel borderline useless relative to others. One Daemon’s shielding ability, for example, scarcely makes up for his slow speed. You can customise each Daemon’s weapons and skills, but it felt like it made little difference against the enemies and never livened up the sluggish, slightly brainless combat.

Even the game’s highest difficulty, Maniac, didn’t make combat exciting. If anything, it made the sponginess of some enemies and the tedium of rarely having to form new strategies all the more obvious. There’s only so much you can fight palette-swapped forms of old enemies before you stop caring about the rare new enemy that appears. 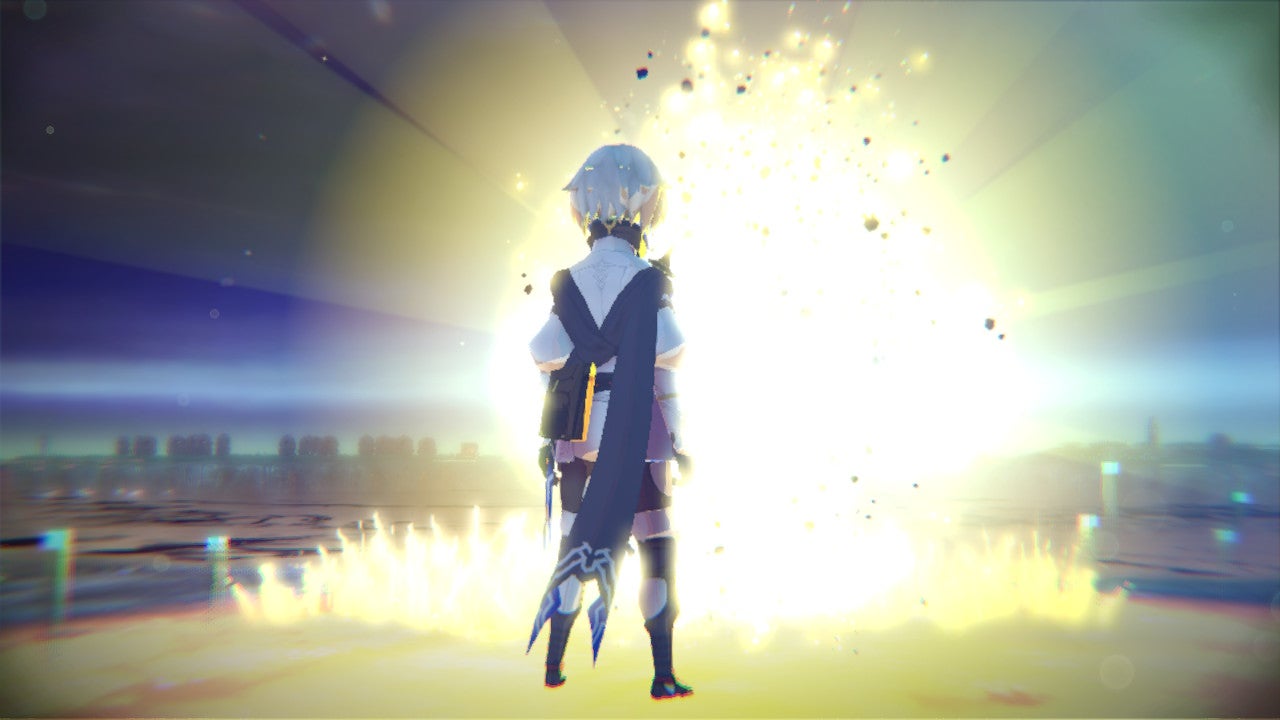 Just about every area of Oninaki looks lush but feels empty. For each, there is a real-world version of the map and a version beyond the Veil that you can switch between at any time. These worlds are geographically identical but feature different enemies and colour palettes. Most Veil areas start with Kagachi stricken by “Veil Blindness,” which renders him unable to fight, see, or interact with his surroundings and vulnerable to a one-hit kill.

To remove the blindness, the player must find an enemy — usually just a larger or tankier version of a normal enemy — called the “Sight Stealer.” After that, the Veil Blindness fades, and… sometimes that matters. Sometimes it doesn’t.

Sometimes you can open up a new path, or find treasure, or find a lost soul who will give you a sidequest, but with the exception of cases where you need to be beyond the Veil to progress, the backtracking isn’t worth it. Exploring these areas rarely provides any real dimension. There are consistently several extra hordes of mooks to fight, but it feels like they’re just there to fill space. 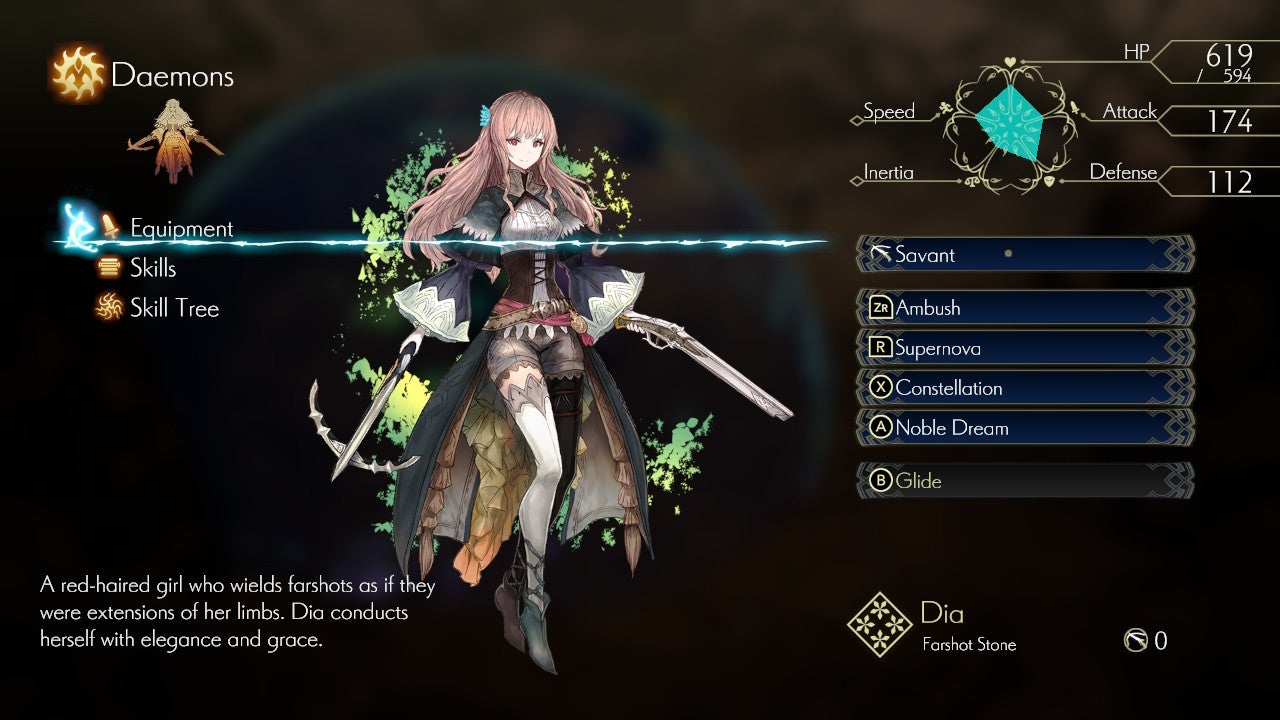 Ultimately, Oninaki comes out of the gate promising, but it doesn’t truly capitalise on its dark themes or religious introspection. The ultimate truths revealed about Oninaki’s world and characters were never enough to really make me feel like cutting through enemy after enemy after enemy was worth it. It’s unfortunate — there are a lot of genuinely cool ideas here, but none of them really makes the game special.