Every Pokemon is interesting and worth talking about. I don’t play a ton of Pokemon, but I do enjoy the universe and I love learning more about the creatures in it. So, Here’s Another Pokemon! It’s Darumaka!

There are things in this world that we all know to be true, have probably experienced at some point and which we try to not dwell on or talk about. I think one such fact is that poop is really warm. If you’ve ever picked up dog shit or changed a diaper, you know this. We all understand this. Yet, I try to not think about this and I would never try to use hot shit to warm myself. But that’s exactly what folks once did in the world of Pokemon.

As mentioned in Pokedex entries, back in the olden days, people would take “droppings” from Darumaka and stick this stuff into their clothes. The purpose was to keep them warm and Darumaka has some of the hottest poop in the world, it seems.

How did they stick this shit in their pants and shirts? Did they fill up their pockets with the stuff or maybe put it in between layers of shirts and jackets? We don’t know. Just use your imagination.

I think the real question I want to ask is simple. Who figured this out? Who was the person that looked a Darumaka taking a shit and was like, “Yeah, I’m sticking that in my jacket.” How did other folks react to this? How long did it take before it caught on? So many questions, but no answers.

It makes sense that Darumaka droppings are so warm. The creature is a little ball of fire, basically. It has an internal flame and once this thing gets going it can’t stop until its flame dies down to a cooler temperature of 1,100 Fahrenheit. So yeah, it makes sense that this thing would have some hot shit. 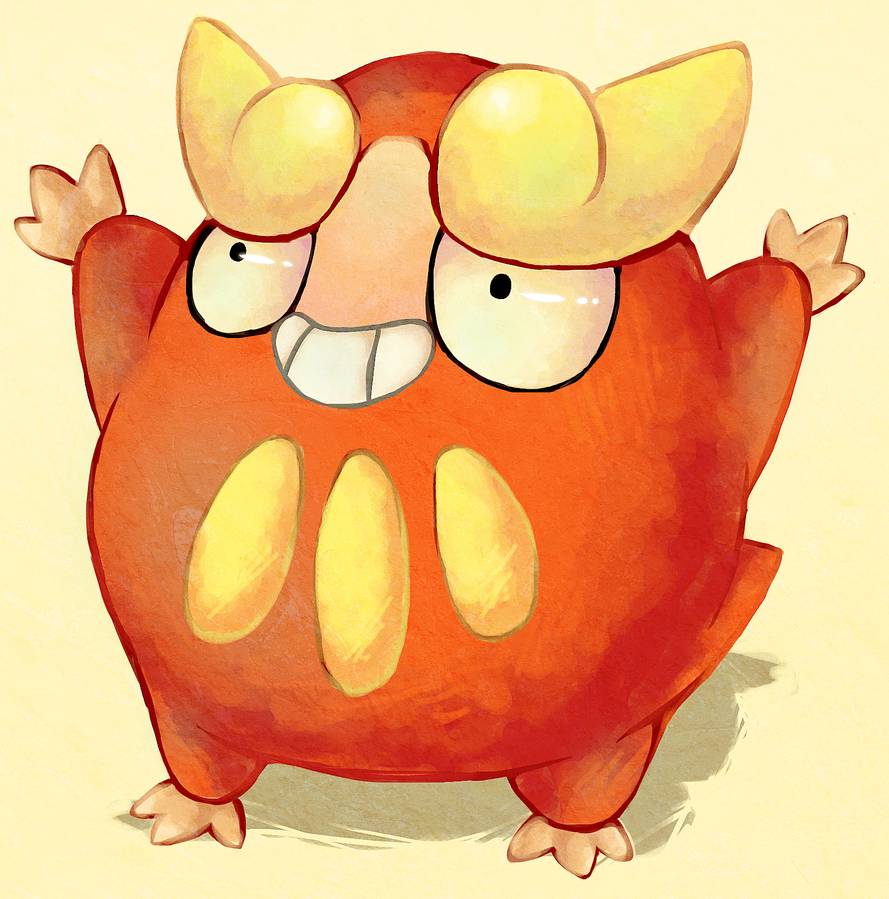 This is a great painting of this week’s Pokemon, but I have to admit I’m disappointed with the lack of poop-filled fan art. I feel like the internet really dropped the ball on this one. Darumaka shooting out hot poop should exist and yet I couldn’t find it.