Remnant: From The Ashes, As Told By Steam Reviews

A week after its release, Remnant: From The Ashes remains at the top of the Steam charts. It’s safe to say that its core conceit—what if Dark Souls, but guns—is resonating with people. Is the game living up to lofty, gothy expectations? For the most part, so far, so good.

Kotaku’s Heather Alexandra found herself pleasantly thrilled by Remnant when she played it last week, saying it’s becoming one of her favourite games of 2019.

Many Steam users feel similarly, lauding the game for its challenge and general Dark-Souls-y-ness, as well as its twists on that structure, like a deep deck of locations and bosses that re-shuffles itself every time you start a new playthrough. Other players feel like the difficulty is a little too much—especially when you’re not playing co-op—and boss fights rely on cheap tactics. This, of course, has summoned a ravenous horde of “git gud” contrarians to chant their favourite refrain, because while Remnant’s world is infested with ancient evil from a chaos dimension, we live in hell. 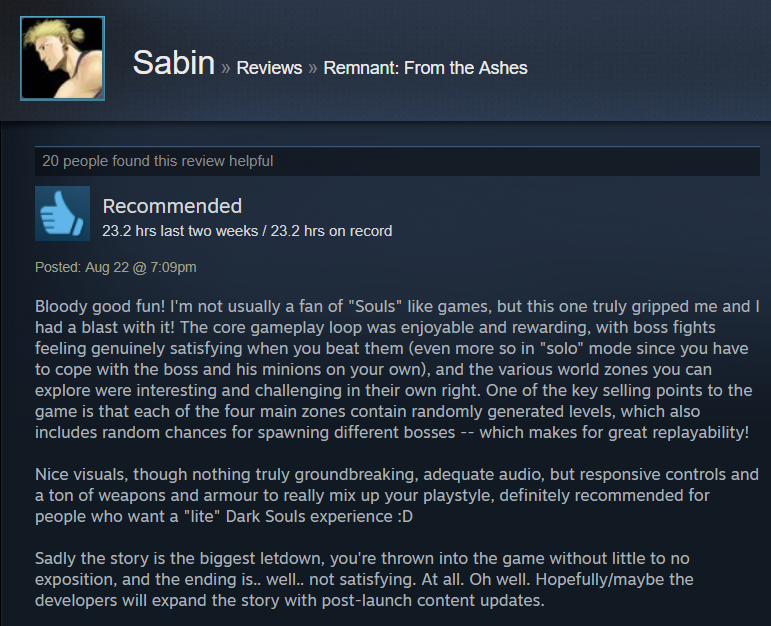 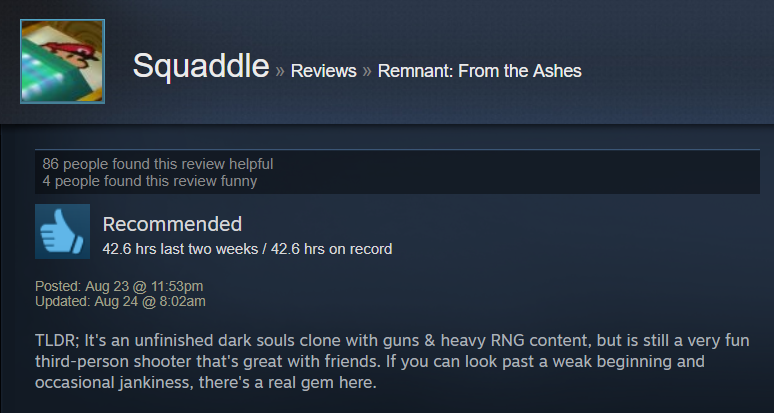 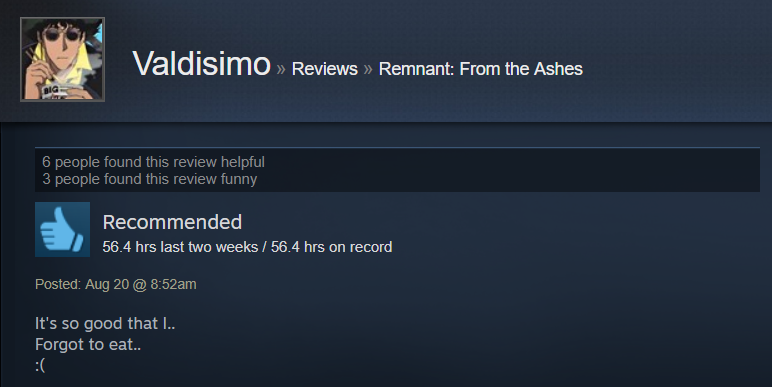 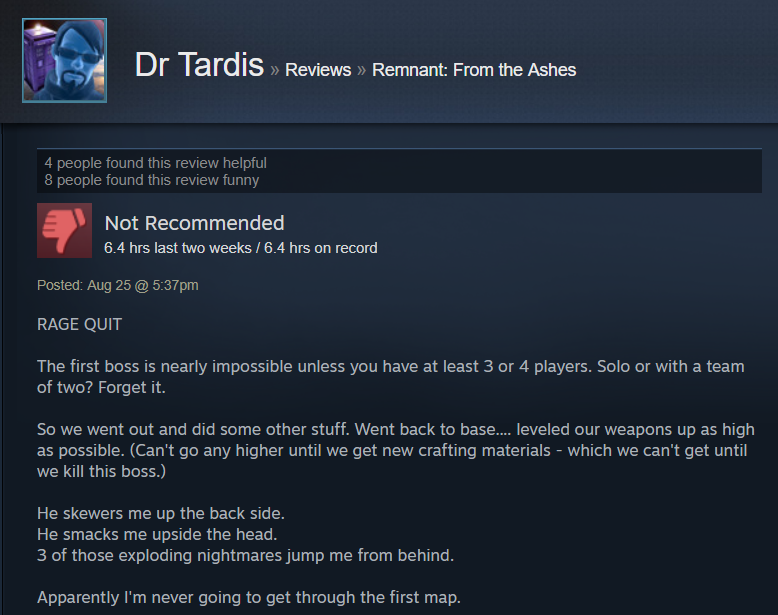 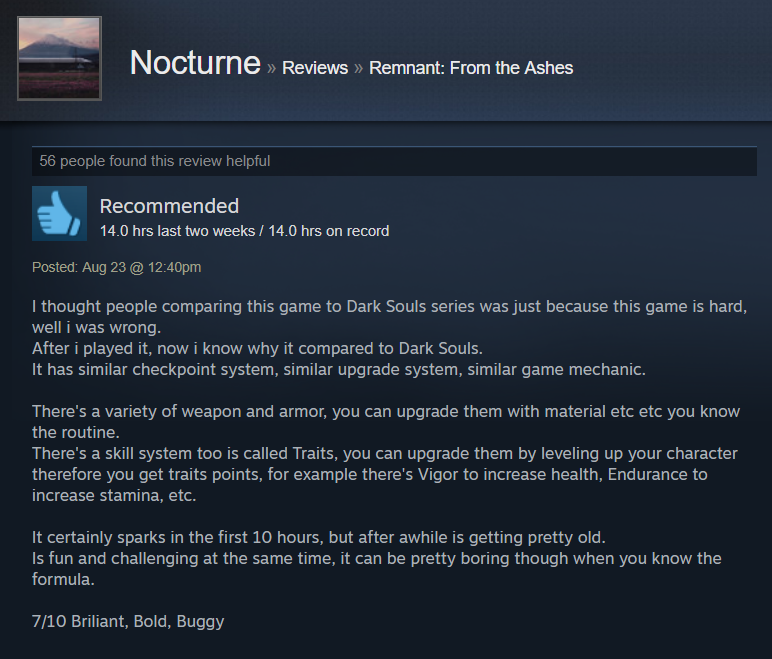 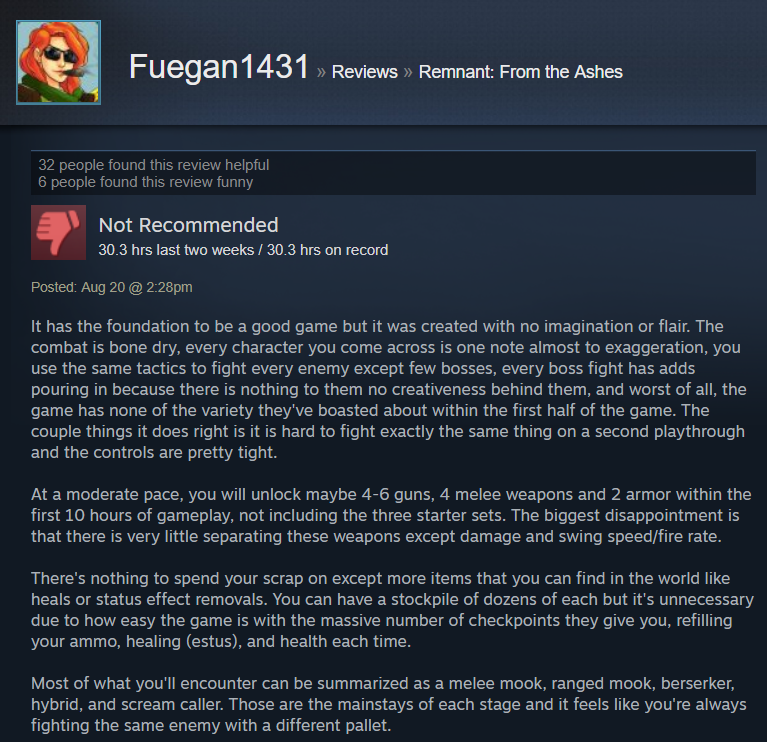 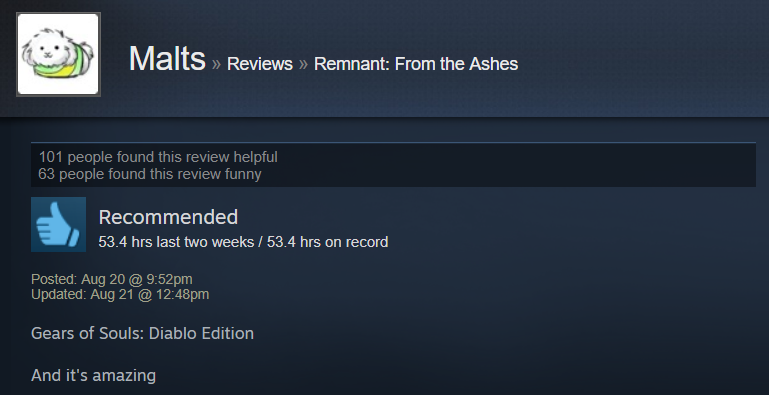 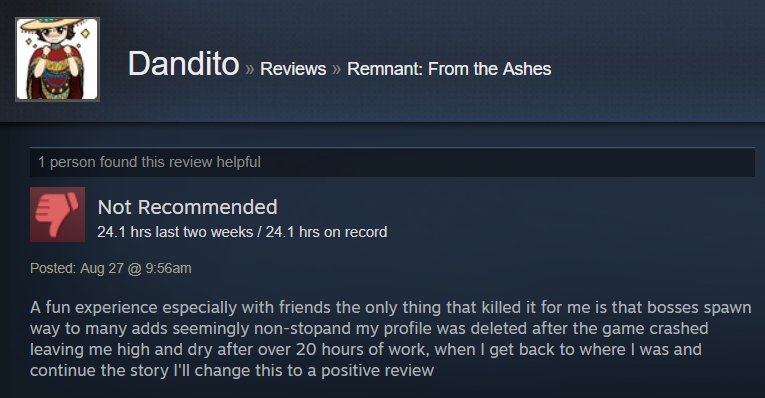 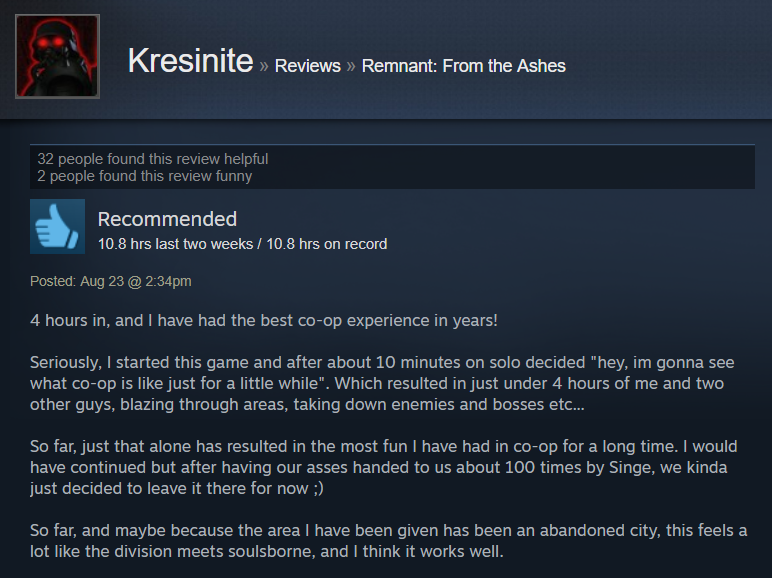 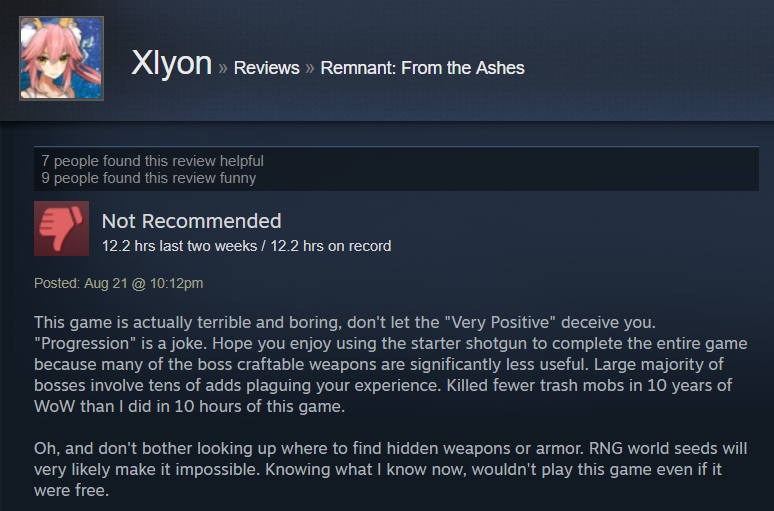