Overwatch’s newest hero, Sigma, was introduced to the world on a gurney. Though the video was purposefully non-linear, Sigma had suffered a mental breakdown after attempting to harness the power of a black hole. He hollered half-coherently while being wheeled through what appeared to be a psychiatric facility: “Hold it together, hold it together!”

Since then, more and more fans have begun to feel like Sigma represents a sloppy, trope-ridden depiction of mental illness — even if Blizzard didn’t intend him to.

While most of the skins were palette swaps or more ostentatious reimaginings of the gravity-bending hero, two of them make him look as though he’s fresh out of an asylum, with straitjacket-like restraining belts strapped to his torso and dangling from his legs.

One of these skins is literally called “Asylum”, and it features a restraining mask in addition to belts. One of his sprays, which are basically stickers you can slap on walls, shows a medical chart of his brain. 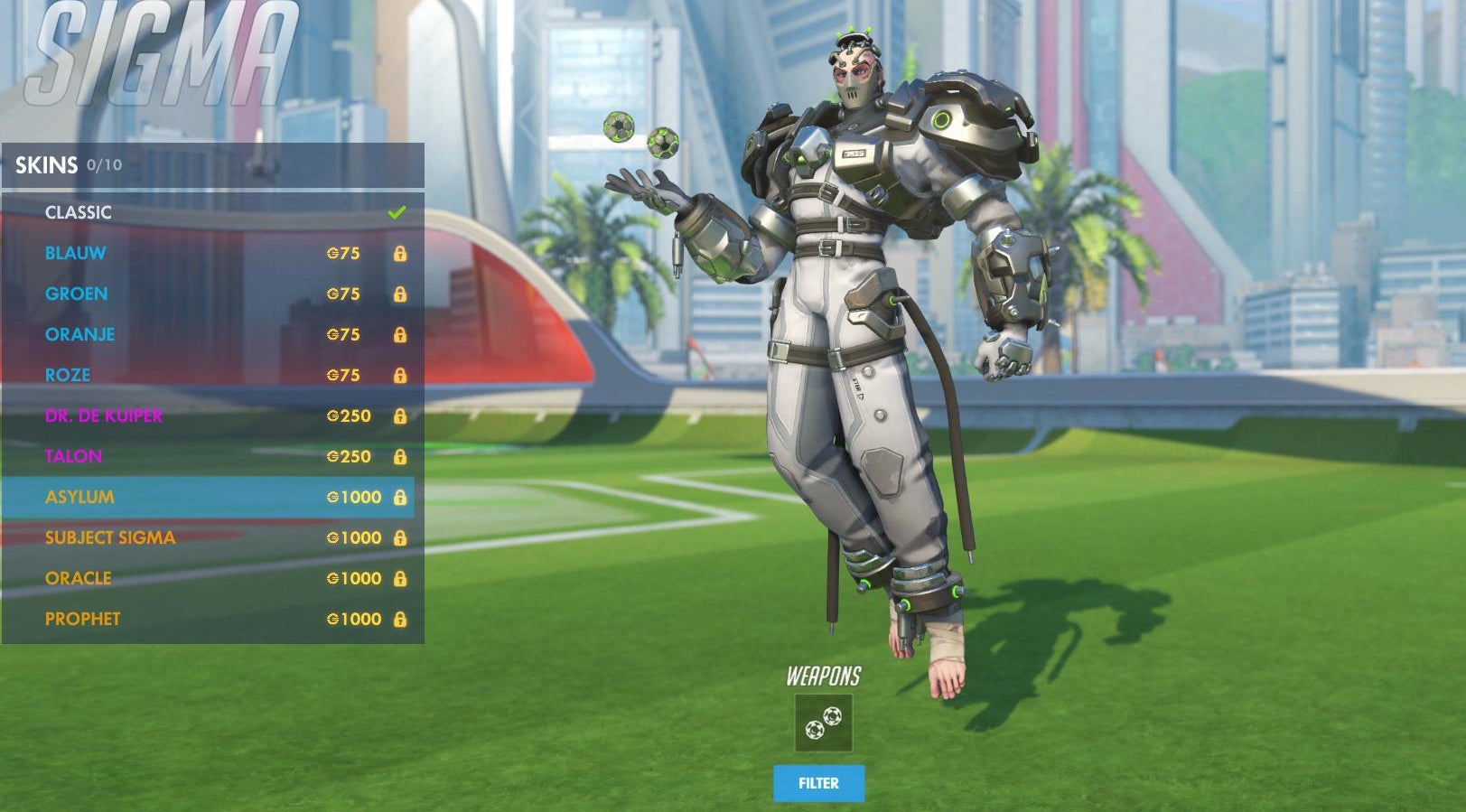 “I still can’t get over how Tracer being a lesbian and Symmetra being autistic are details that show up once in promotional Overwatch stuff and never again, but Sigma’s mental illness is referenced constantly and only in unflattering ways,” said another.

This is not the first time in Sigma’s short history that fans have raised an eyebrow at the implications of his visual design. When he was first added to the public test server last week, fans were amused, bemused and c-mused by his lack of shoes. So of course, they went looking for answers.

They discovered an Art Station post by Overwatch concept artist Qui Fang, who worked on Sigma. “We decided to keep the feet bare to sell the ‘asylum’ look a bit more; in many institutions patients are not allowed to have shoes because they might cause harm with the laces,” Fang wrote in a comment that has since been deleted.

This led to an initial round of criticism, including a post from video-game-focused mental health organisation Take This.

Doctors Raffael Boccamazzo and Rachel Kowert broke down inaccuracies and exaggerations in Blizzard’s depiction, saying, for example, that nobody calls psychiatric facilities “asylums” anymore, and patients do not go barefoot, even on the rare occasions that their shoes are taken away.

On top of that, they said, the idea that Sigma is “unstable” and violent is especially wrongheaded, with research showing that people with mental health diagnoses tend to be victims of violence rather than those dishing it out.

“Stigma is a major contributor to people refusing to seek treatment for their mental health problems,” wrote the doctors. “People are hesitant to seek help because they’re afraid what needing it might mean about them, as well as the treatment process itself.

“This is despite the fact that mental health challenges are incredibly common, with one in two people projected to be diagnosed in their lifetime and only about six per cent of cases being severely debilitating.

“Despite this, there is no shortage of media representation of those with mental health challenges as irrevocably broken and often violent individuals.”

“Does Blizzard know at all how to NOT stereotype people?”

Blizzard ultimately tried to push back against this wave of criticism in a recent interview with Polygon. When asked whether Sigma is an intentional depiction of mental illness, lead writer Michael Chu chalked his archetypal quirks up to the effects of black holes.

“With the idea of the character, we never intended him to be an example of someone who’s going through mental health issues,” Chu said. “He’s really supposed to be more focused on this very specific thing that happened to him, which is that his body and his mind were literally ripped apart by the momentary exposure to a black hole.”

Chu went on to say that Sigma is just generally “eccentric” and “sees the world a little differently”. As an example, he pointed to the hero’s connection with music and how he perceives the universe, gravity and physics through a palette of sound.

This, however, has not been reassuring for some fans, who saw Chu’s words around the same time as Sigma’s “Asylum” skin and took it to mean that the Overwatch team fell back on stereotypes without even recognising what they were doing — that they aren’t aware of the potential impact of tropes that stigmatised mental illness, or that paint mental institutions as scary horror-movie settings. 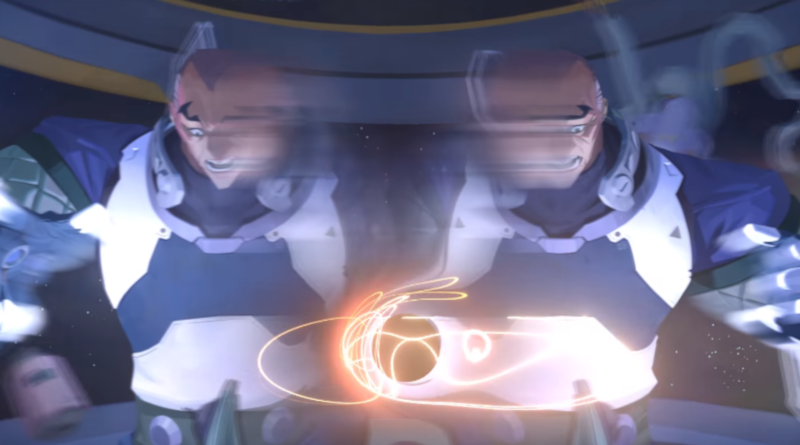 “Does Blizzard know at all how to NOT stereotype people?” asked one fan. “A crazy/scary Australian, a ‘stupid’ American cowboy, an uptight Japanese man, a South Korean girl that’s a pro at video games, and now Sigma. Mental illness shouldn’t be represented like this.”

“It feels like backtracking for Blizzard to claim Sigma wasn’t intended to have mental health issues, and that he’s actually ‘eccentric’,” read a tweet from Gaming The Mind, a UK-based organisation of mental health professionals.

“If he has no mental illness, it’s like they can use whatever asylum tropes they want and not have to answer for it.”

Kotaku reached out to Blizzard to gain more perspective on how it squares these seemingly disparate takes on what Sigma is about, but as of this writing, the company hadn’t replied.

For now, though, Blizzard finds itself in an awkward spot with a character players are otherwise enjoying. What happens next is the Overwatch team’s call, but given the game’s general focus on inclusivity, people are hoping they’ll listen.

“If this were a single, isolated character, that would be one thing, but it’s another in a long line of stereotyped characters which reinforce outdated images of mental illness and associated behaviours,” wrote Take This doctors Boccamazzo and Kowert.

“Given some of the feedback that many on the internet are giving on this character, we hope that the designers will take that to heart and offer some changes which do not reinforce these overdone, stigmatizing tropes.”