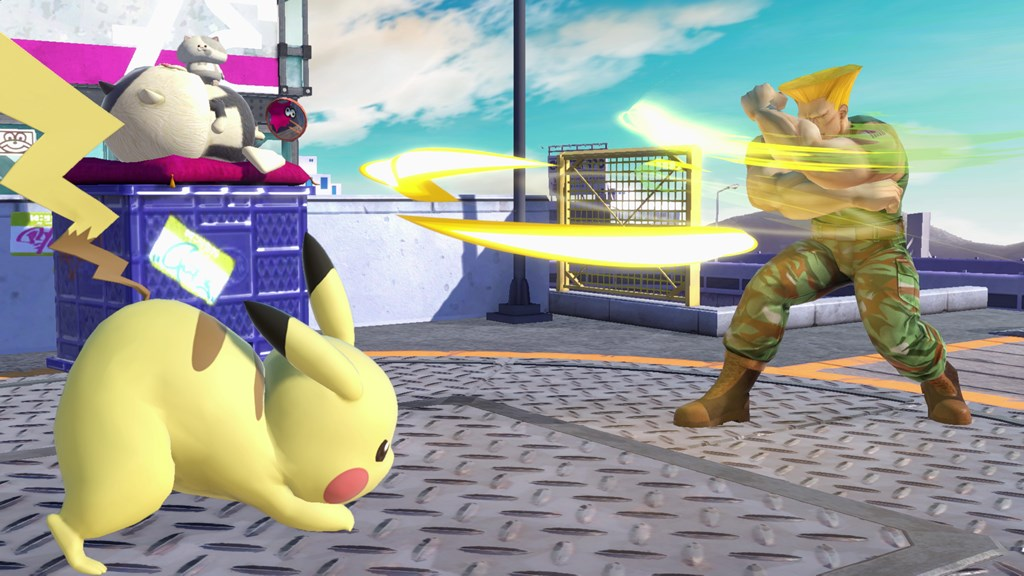 For the first time since it was released in 2016, Street Fighter 5 won’t be the final headlining event that concludes the Evolution Championship Series this weekend. Instead, that honour goes to Super Smash Bros. Ultimate. This is the first time in the history of the series that it’s ever received top-billing at the event.

When the organisers of Evo first announced this year’s prospective line-up of game tournaments that would be featured on the main stage, some were outraged that Smash Bros. Melee hadn’t made the cut. The game may be old, but year after year, its top players still have managed to put on a great show.

While some perceived Melee getting replaced by Ultimate as a slight, it was also a credit to the success of Smash Ultimate in bringing new players into the fold while also capturing the interest of veterans from throughout the series’ past. Enough, at least, to convince Evo to make it this year’s finale.

The move is also surprising given the deeply entrenched sentiment among some corners of the fighting game community that Smash Bros. isn’t an authentic fighting game series in the same way as, say, Street Fighter, which has traditionally been the cornerstone of every Evo.

But the registration numbers for Ultimate tell a different story. Three thousand, four hundred and ninety-two people are competing in this year’s Smash Ultimate tournament, as compared to 1929 competing in Street Fighter 5, which is down just over 20 per cent from the year prior. Kids these days wanna Smash.

Of course, Evo is about more than just the headliners. Tekken 7, Mortal Kombat 11, Soulcalibur 6, Under Night In-Birth Exe: Late[st], Dragon Ball FighterZ, Blazblue Cross Tag Battle and Samurai Shodown are also being featured, the last of which I’m particularly excited to see unfold, given how veteran players from other games such as Christopher “NYChrisG” Gonzalez and Justin “JWong” Wong have been tearing it up in the relatively nascent scene.

Evo 2019 got underway today, August 3, at 3:00AM AEST with competitive pools across every game. The big finale for the event’s first day is the Soul Calibur 6 finals this afternoon at 1:00PM AEST. Here’s the complete schedule for the rest of the weekend:

All of the finals matches will stream live on Evo’s main Twitch channel, with pools play available on additional channels, a full guide to which you can find here.

There are also a ton of side tournaments at the event, including not just well-known games such as Ultimate Marvel vs. Capcom 3 and Smash Bros. Melee, but also a bunch of smaller competitive ones.

One of them is a Puyo Puyo Champions tournament that began today at 5:00AM AEST over on pxmacaiah’s Twitch channel. Also, at 11:00AM AEST this morning, a small Catherine tournament will be hosted on the same channel.

These side events are all being organised under the banner of Anime Evo, which has a full schedule and list of corresponding streams over here.