The Kill La Kill Fighting Game Is Flashy But Flimsy

Like the anime it’s based on, Kill La Kill the Game: IF is fast, stylish, rude and racy. Unfortunately, like the outfits its main characters sport, there isn’t a lot of substance.

Kill La Kill is a damn fine original series from Japanese animation studio Trigger. It tells the story of a conflict between Honnouji Academy high school students wearing outfits made out of powerful alien fabric called Life Fibre. Student council president Satsuki Kiryuin plots to take down her mother’s fashion empire, which controls the Life Fibre and therefore the world. Foul-mouthed vagrant schoolgirl Ryuko Matoi, armed with a scissor blade capable of destroying outfits created with Life Fibres, comes into conflict with Satsuki and her student council lackeys while searching for the person who murdered her father.

The series is silly and fantastic, wild and frantic. It’s big on panty shots and sexual humour, but in an absurdist, self-aware way. 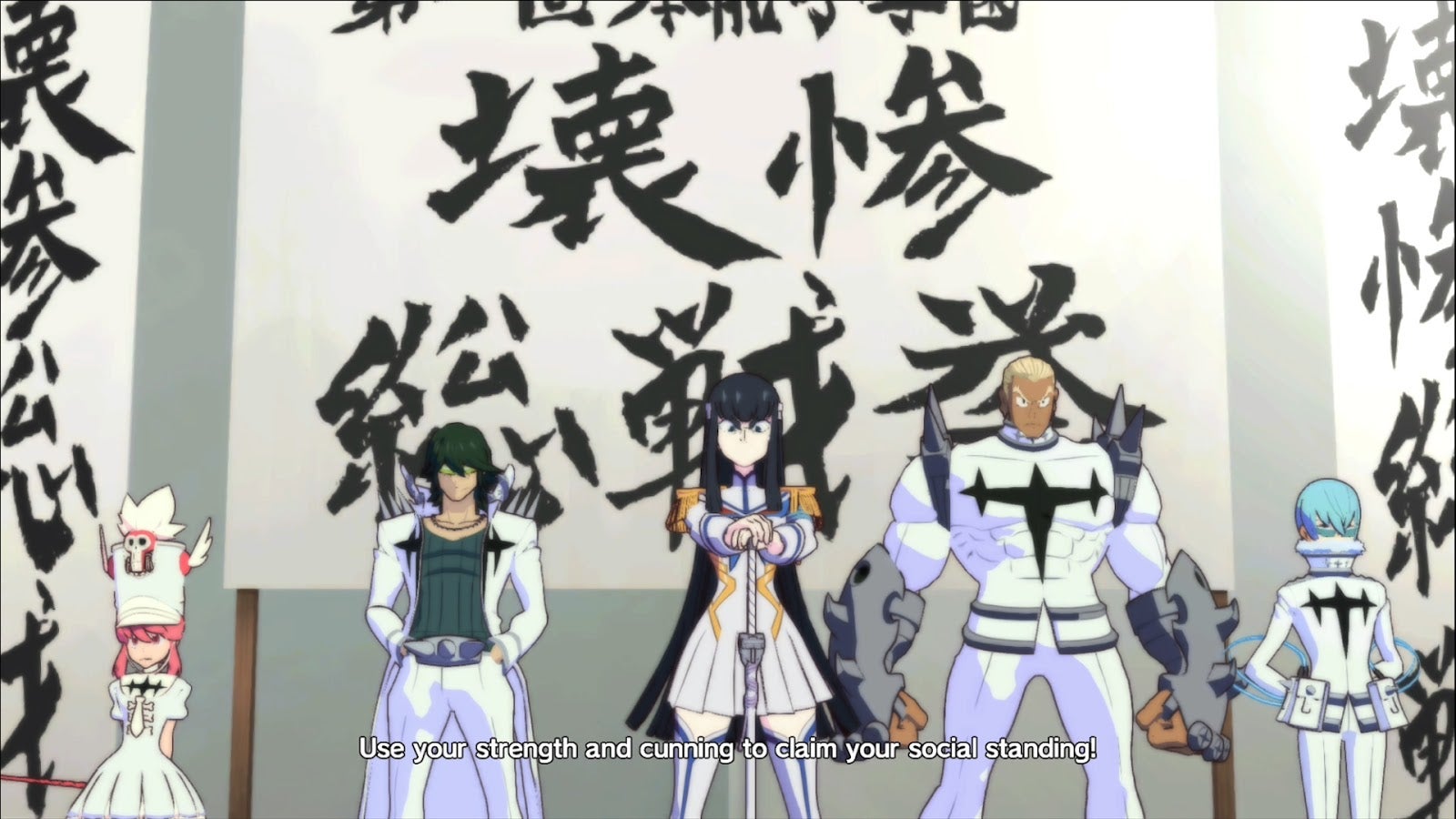 Kill La Kill the Game: IF, developed by A+ Games and published by Arc System Works for the Switch, PlayStation 4 and PC, is a 3D brawler that does a fine job of capturing the spirit of the anime without being a complete rehash of the 25-episode series.

The game’s story, split into two parts which each star one of the series’ main protagonists, is an expurgated retelling of the show. Many of the beats are the same. Satsuki plots against her mother. Ryuko throws herself against Satsuki and Honnouji Academy’s elite four in battle after battle. Childish Grand Couturier Nui Harme is as bubbly as she is sinister. 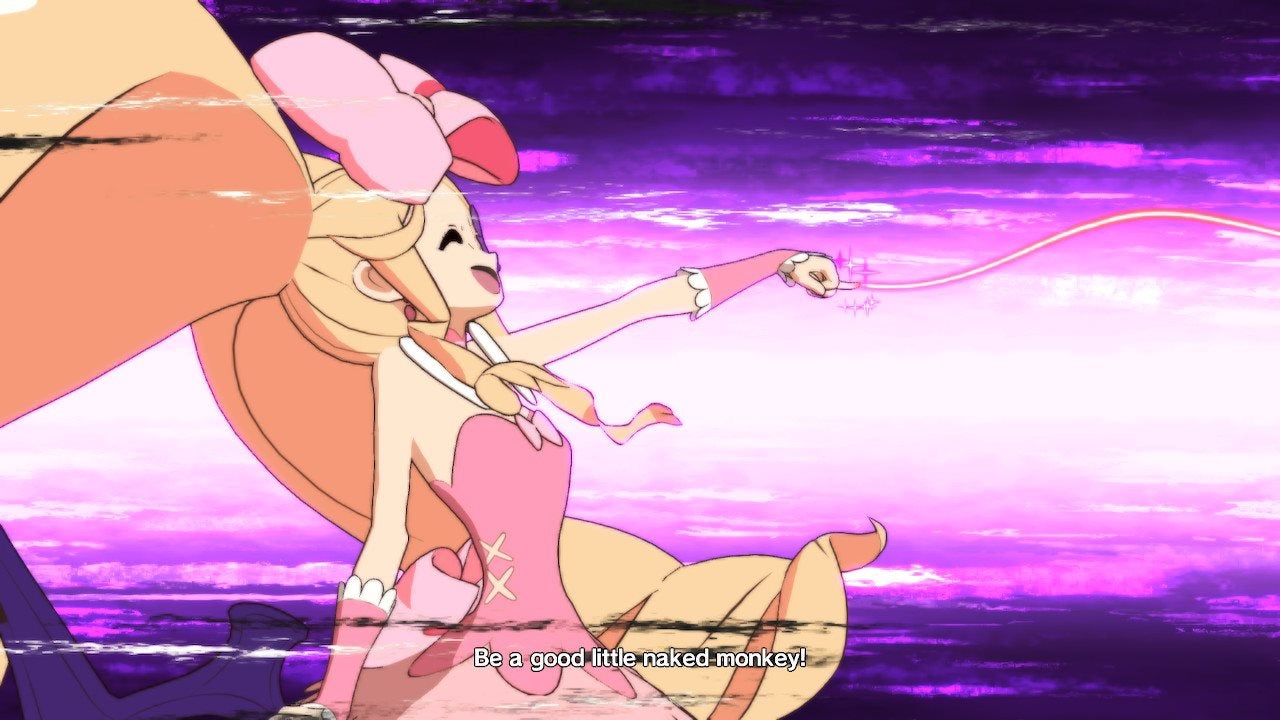 Kill La Kill the Game: IF puts a lot of focus on story mode. To unlock much of the game’s content, from online multiplayer battles to offline fights against hordes of faceless drones called Covers, players must advance through the first couple of chapters of the story.

It makes sense, as the first couple of chapters serve as a tutorial, introducing players to the basics of the combat system and some of the game’s advanced features, such as battles featuring computer-controlled teammates or multiple enemies at once.

The anime-style cutscenes are nicely done, so watching them isn’t a chore. Just don’t stream them, or Arc System Works will get you. If you don’t want to watch story mode, you can skip the cutscenes and just fight the short series of battles tucked between them. The entire story mode, both Satsuki and Ryuko’s chapters, takes about three hours to complete when viewing the cutscenes. Stick to fighting only, and it can be completed in about 45 minutes.

The brevity is partly due to the simple-yet-flashy combat system. Kill La Kill the Game: IF is a free-roaming 3D brawler, very similar to the Naruto Ultimate Ninja games. Opponents circle each other in 3D arenas, tossing ranged attacks from afar or dashing in close for the punching, kicking and slashing. One button is for long range, another for close. There’s a button for break attacks, useful against blocking opponents, and another for jumping, useful for not being on the ground.

It looks wonderful in action, but as the action drags on, the limited nature of the fighting system is revealed. It’s dodging, charging and hitting, filling up the super gauge and performing flashy (and sometimes revealing) special attacks. 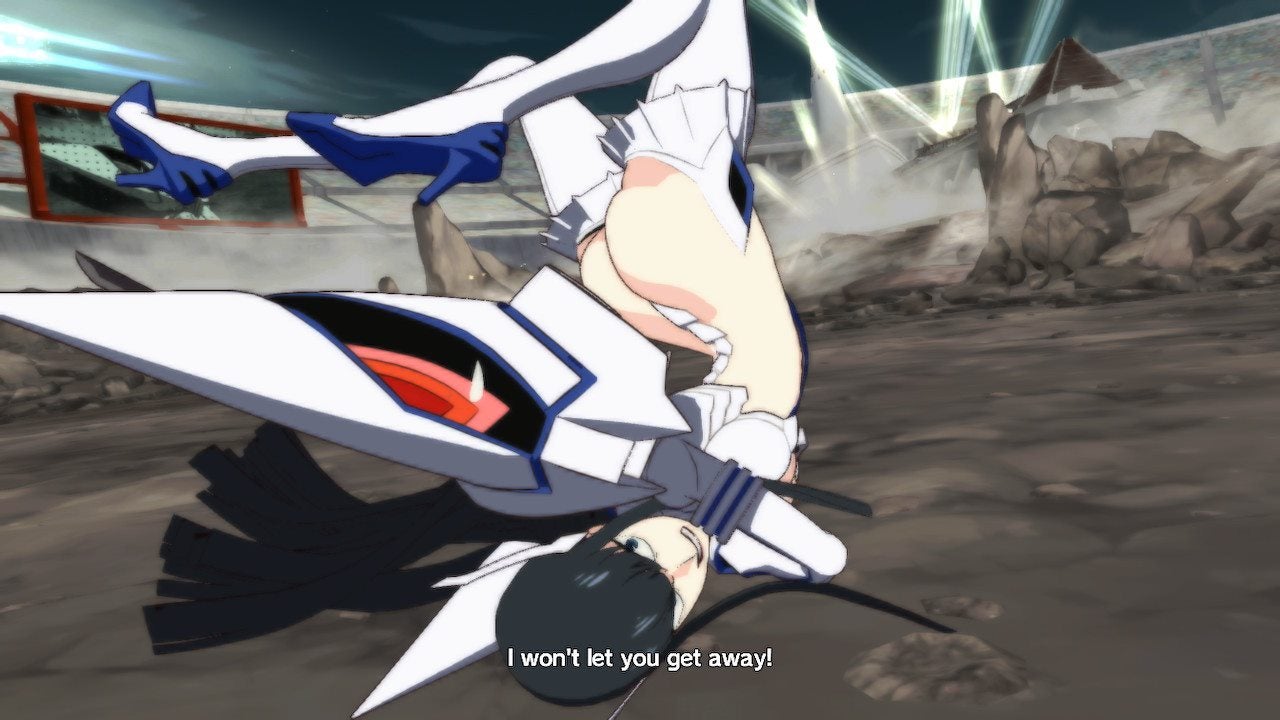 It doesn’t help that the story focuses on two of the game’s less interesting characters.

Tech-head Houka Inumuta’s long-range attacks charge an “analysis gauge”, which can be consumed to increase damage during break attacks or perform special cancels. Instead of performing ranged attacks, big and bulky Ira Gamagoori transforms into a different form that absorbs damage, charging his “damage gauge” to provide additional challenge. He can even whip himself, sacrificing hit points for greater damage.

Also, one of his attacks is a massive pillar that shoots out of his crotch, in case anyone was worried the game was all boobs and butts. 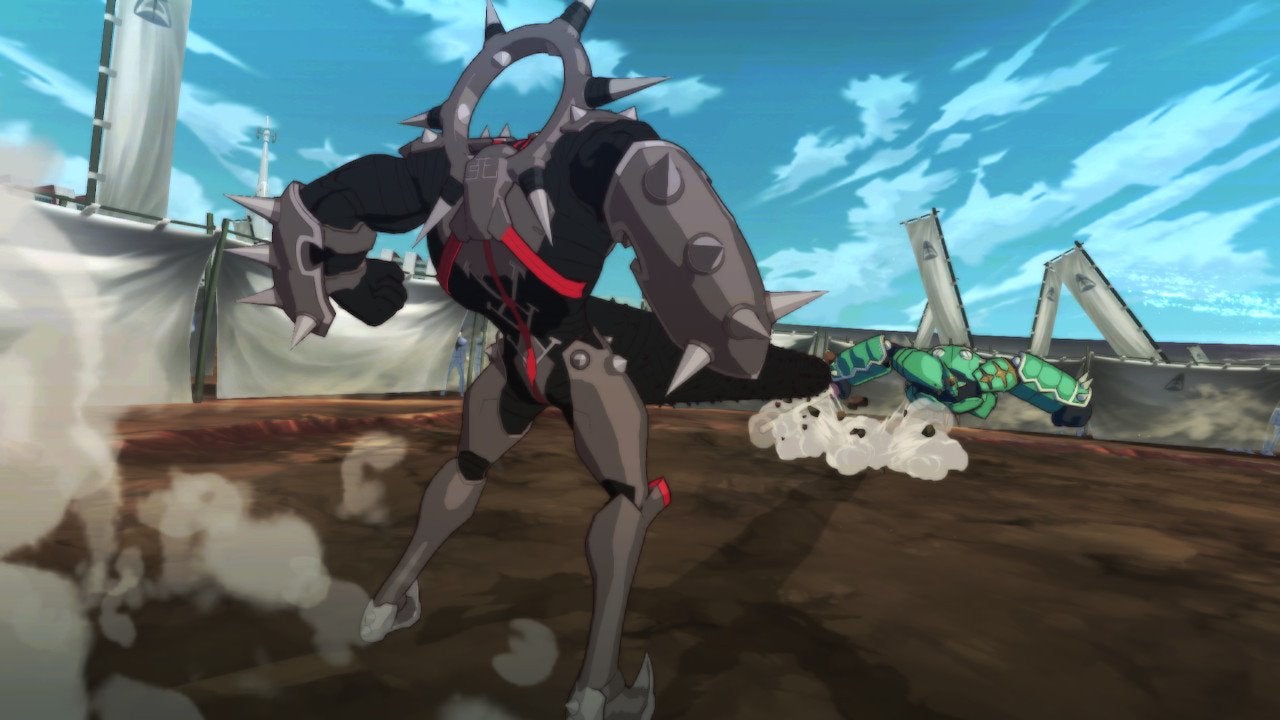 What awesome characters. If only the entire roster had such unique powers and abilities. Also, if only the roster had more than eight fighters at launch (10 if you count dual-wielding versions of Ryuko and Satsuki). That would be nice as well. 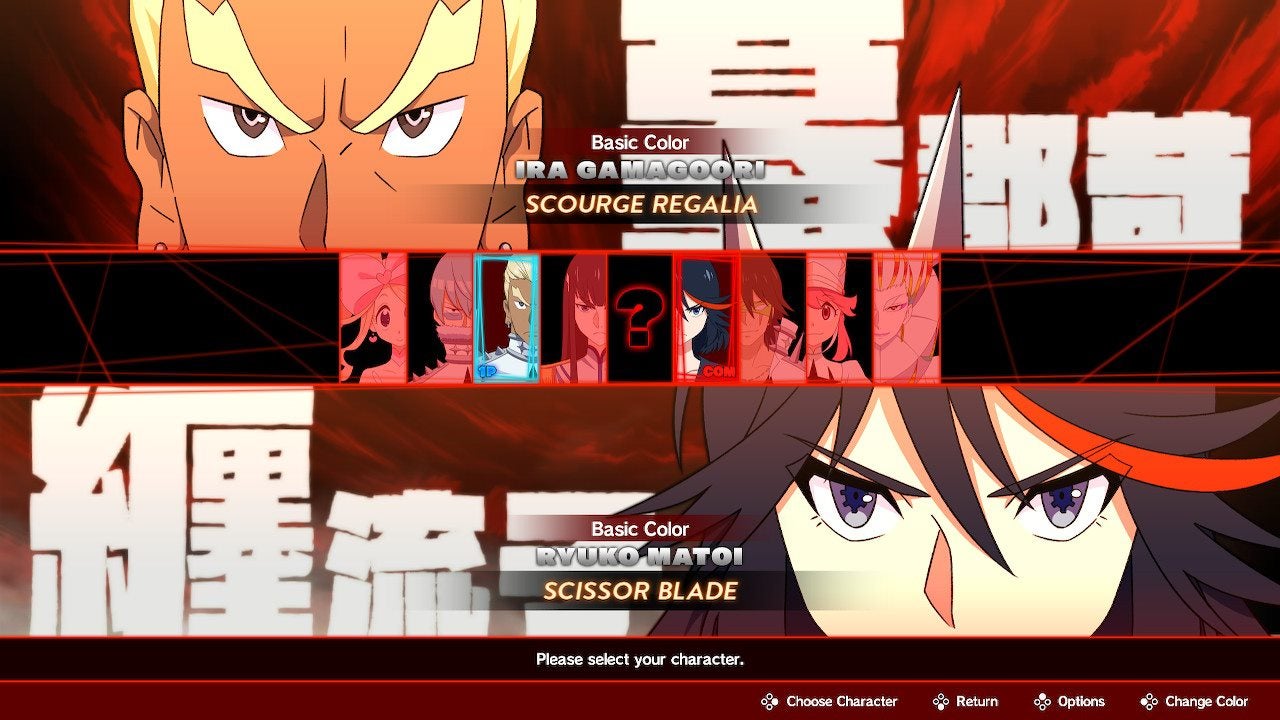 Kill La Kill the Game: IF is not a bad brawler. It has the anime’s killer style, its sense of humour and its devil-may-care attitude toward alien armour that isn’t much more than shoulder pads and boots. It’s sassy. It just feels as though it could be much more.