The world of Lev Grossman’s fantasy series is expanding once more — but instead of an adaptation, this newest entry will introduce the world of The Magicians to a new group of magical heroes.

Announced today by Boom Studios, the five-part miniseries—simply titled The Magicians — is set well after the events of either Grossman’s trilogy or its adaptation for television on Syfy.

Penned by Grossman and Lilah Sturges, and with art by Pius Bak, The Magicians will see a new group of students recruited by Dean Fogg to Brakebills College for Magical Pedagogy, the same school of spellcraft Quentin and his friends attended. 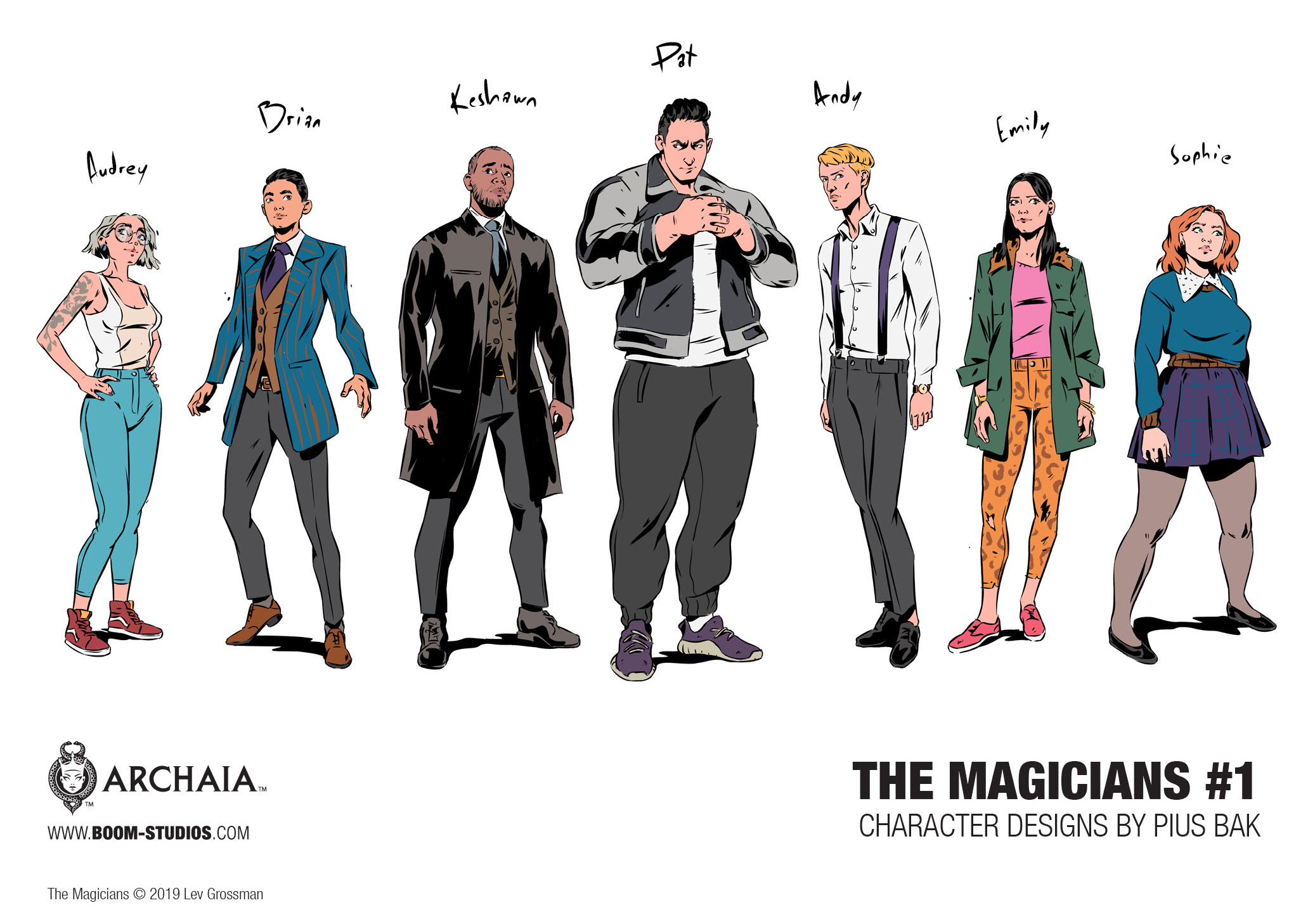 The twist is that this new group — named Audrey, Brian, Keshawn, Pat, Andy, Emily, and Sophie — is that, unlike most Brakebills students, they’re all Hedge Witches: practitioners of illegal magics and rogue spells outcast by magical society (typically not admitted to Brakebills). While tensions stir between the new intake and the rest of the law-abiding student body, a new threat to all of magic begins to emerge at the school, threating to have dire ramifications for not just our new unlikely heroes, but the world at large… and perhaps even a few familiar faces from the wider Magicians world.

Not too-dissimilar from Boom’s adaptational work on franchises like Buffy and Power Rangers, The Magicians isn’t explicitly a re-imagining of the original series, but instead a modernised continuation of it. It builds on the work Sturges previously did with Bak on the graphic novel The Magicians: Alice’s Story last year, which already re-interpreted the story of the original novel trilogy from a new perspective.

To celebrate the announcement, Sturges took to Twitter to answer a few questions from fans about the series — you can check out the full thread below, but among other things, Sturges promises some queer representation among the new cast, some familiar faces — but specifically no Quentin — and reveals that the series is set several years after Grossman’s The Magician’s Land.

New Magicians series!!! Questions? Ask away and I'll see if I can't answer them. https://t.co/kKLluW8t2N