The Original Diablo Is Now Playable In Your Browser

The sanctity of this place has been fouled!

Released back in 1996, the original Diablo has never gotten as much attention as its successors. That’s one of the reasons a group of programmers took it upon themselves to reverse engineer the game’s source code to make it possible for others to port it to web browsers.

The effort to reconstruct Diablo’s source code began last year, spearheaded by a programmer who goes by GalaXyHaXz, as part of a Diablo fan project called Devilution. “In order to ensure that everything is preserved, Devilution keeps everything as it was originally designed,” writes the Devilution team on Github. “This goes as far as bugs and badly written code in the original game. With that it serves as a base for developers to work with, making it much easier than before to update, fix, and port the game to other platforms.”

That then made it possible for a mod group called Rivsoft to make the game playable for anyone with a web browser over at diablo.rivsoft.net. It provides a link for you to download the Devilution group’s source code, which you can then drag and drop onto the screen in order to start playing the shareware version of the game. Called Diablo Spawn, it was the part of the game you could play without having the CD inserted and includes the first two parts of the dungeon as the warrior class. 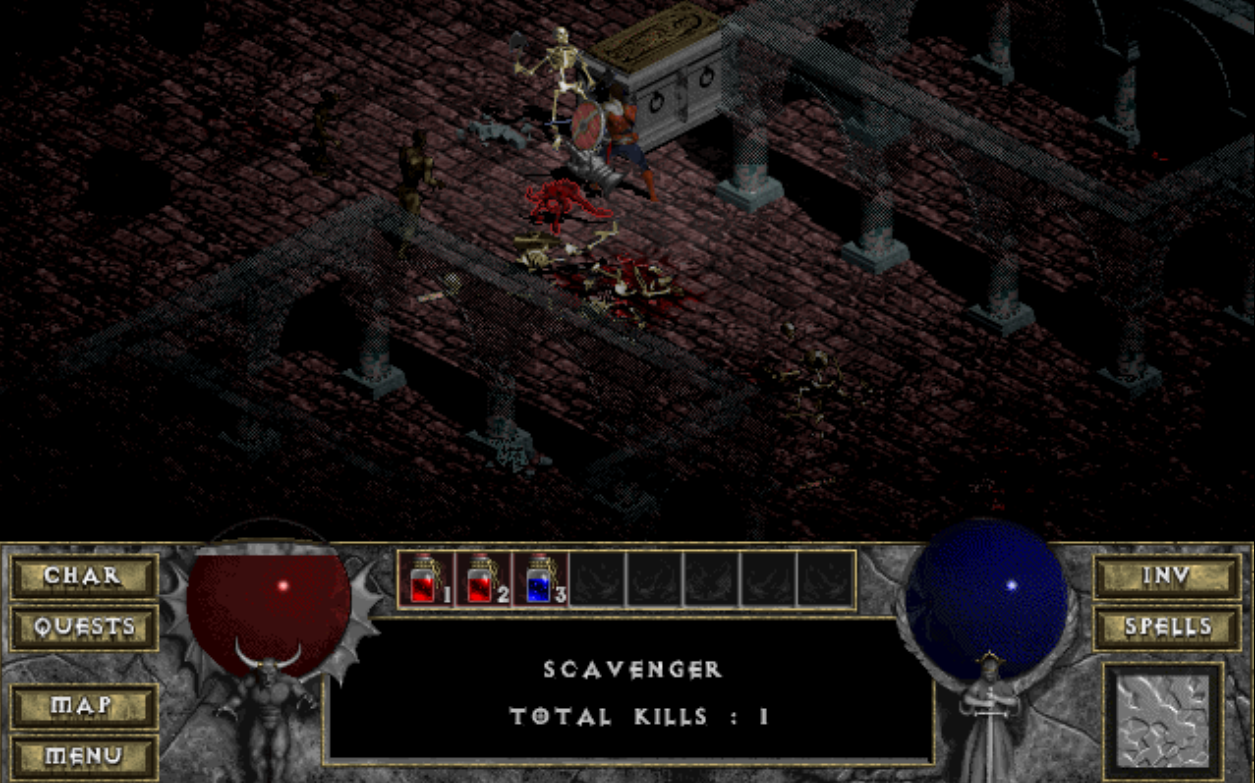 If you have an actual copy of Diablo (it’s $14 on GOG, for example), you can drag and drop the DIABDAT.MPQ file from the game’s installed folder to begin playing that version of the game in the browser instead. The original Diablo is a bit archaic-looking over two decades later, but there’s still a satisfying rhythm to it, especially every time you send a skeleton’s bones thundering apart by clicking it with your sword.

Having Diablo playable in a web browser also makes it perfect for brief breaks at work or school. Just don’t forget to have Alt+F4 ready.